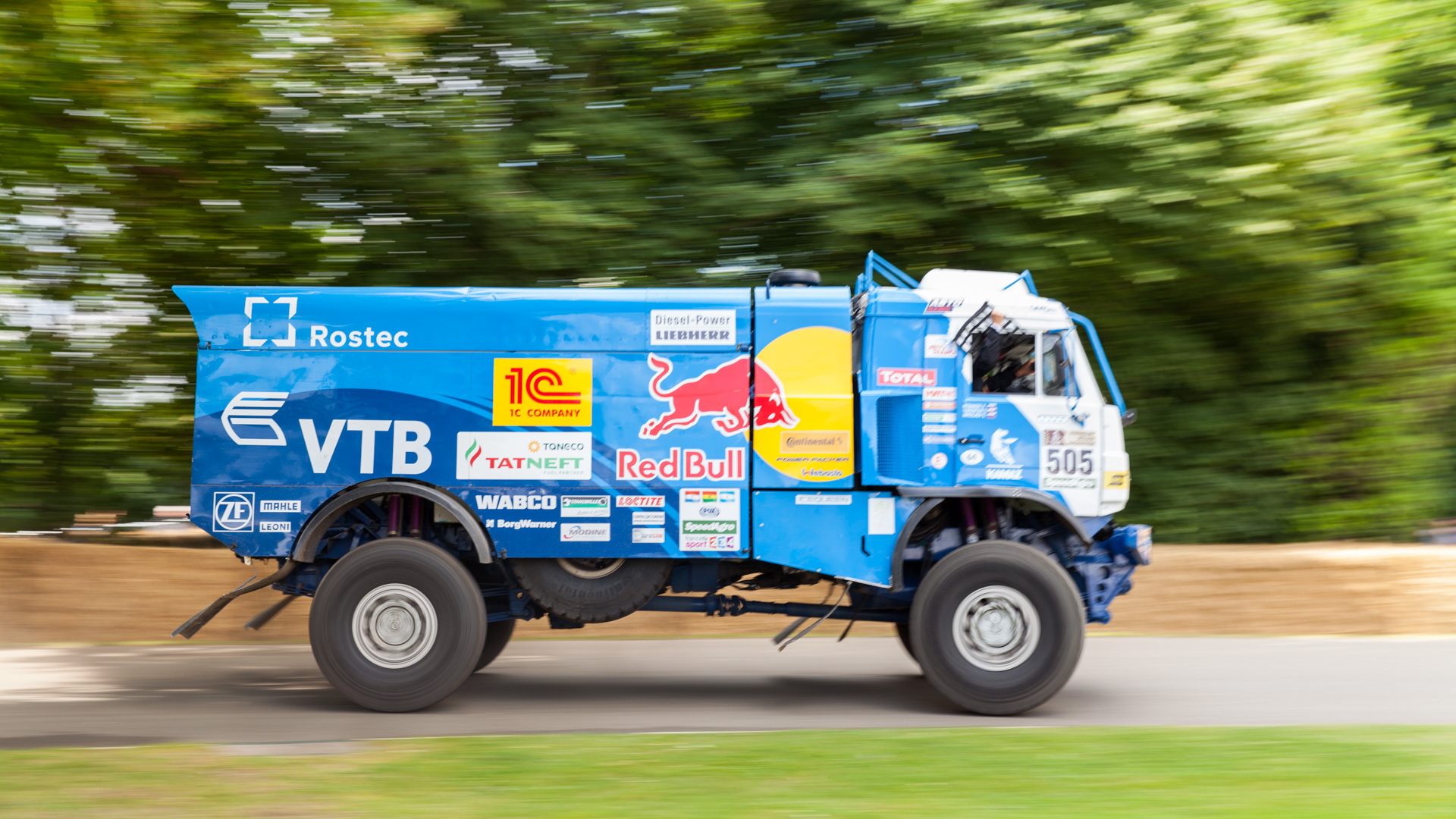 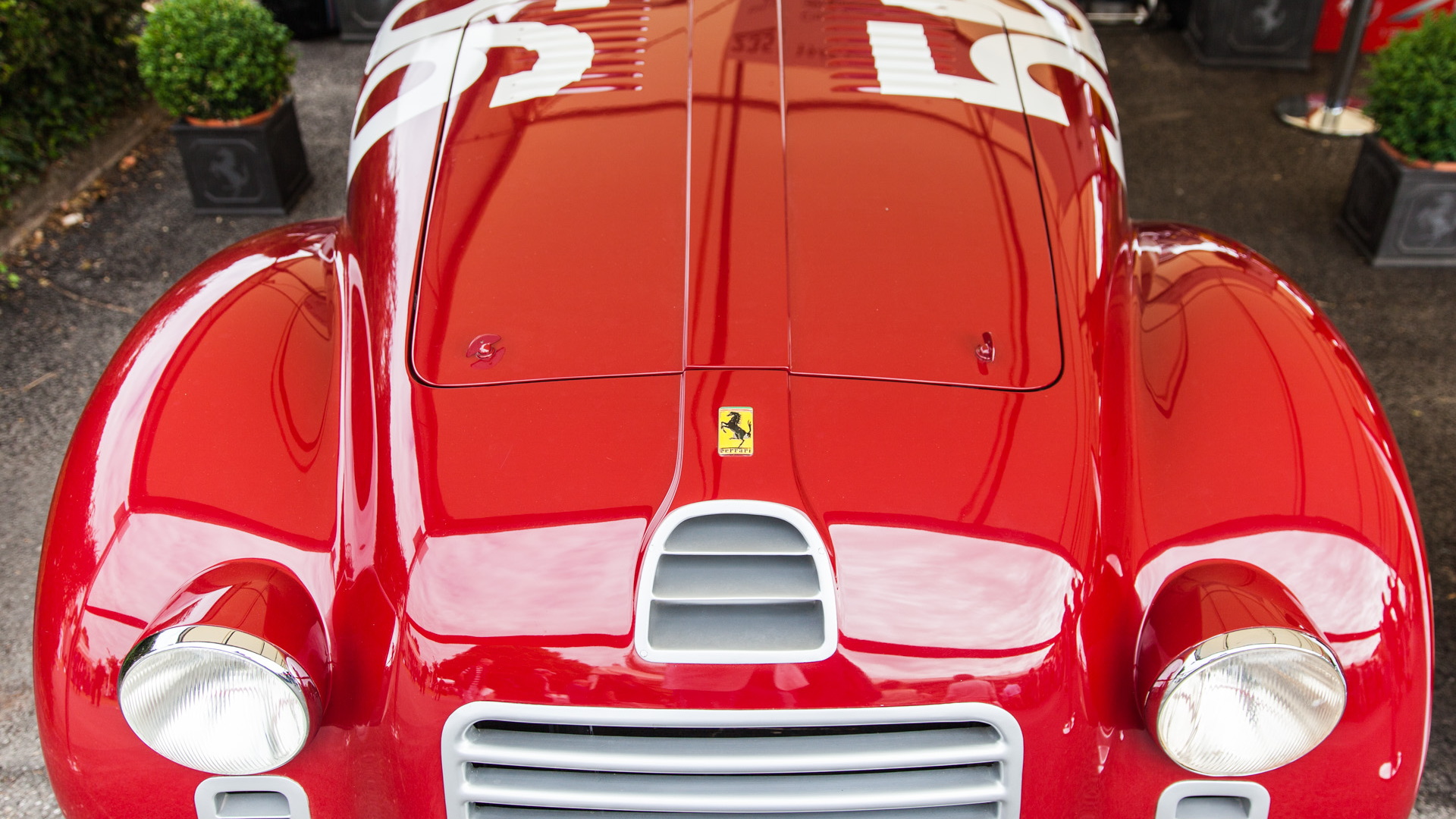 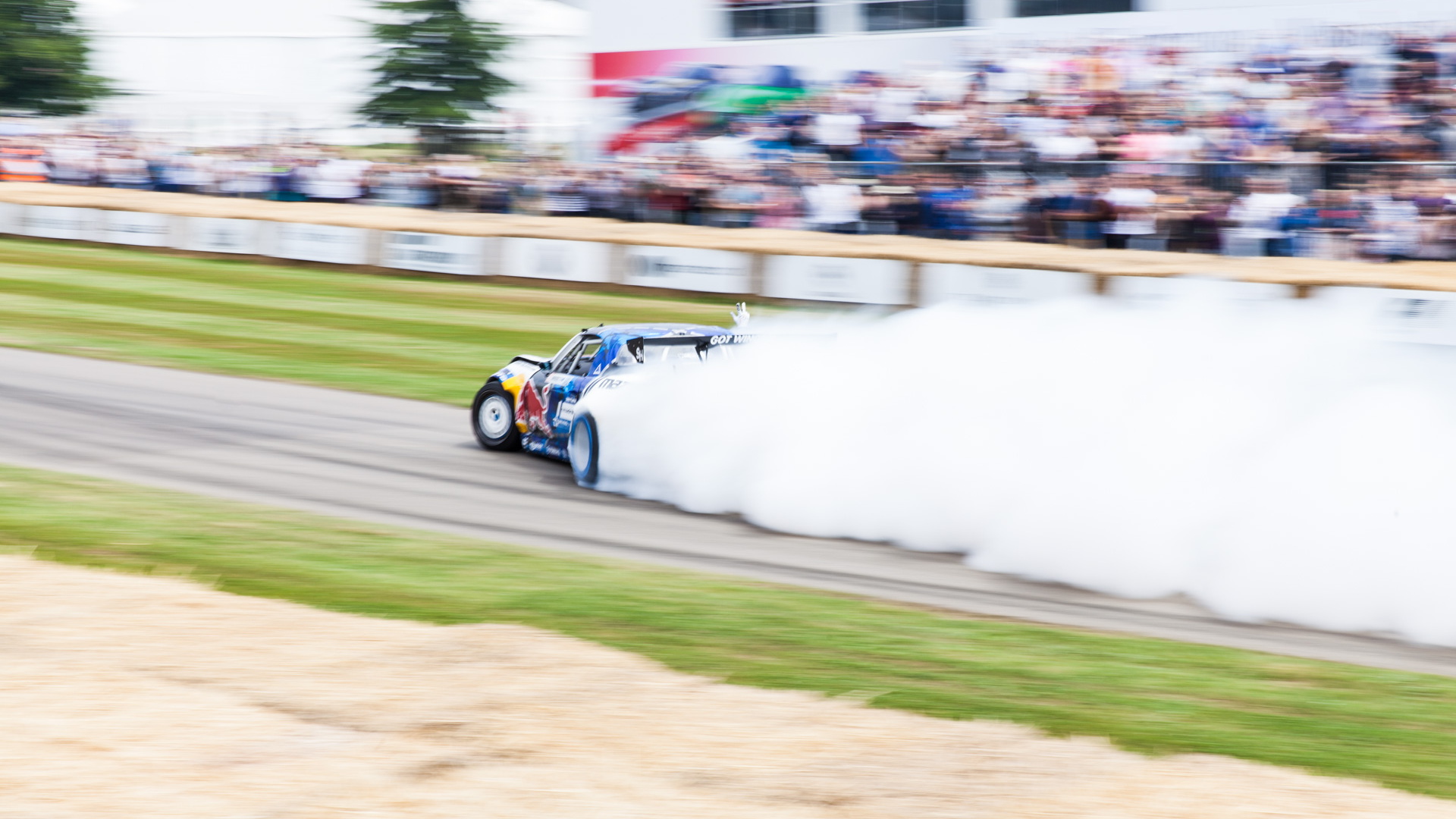 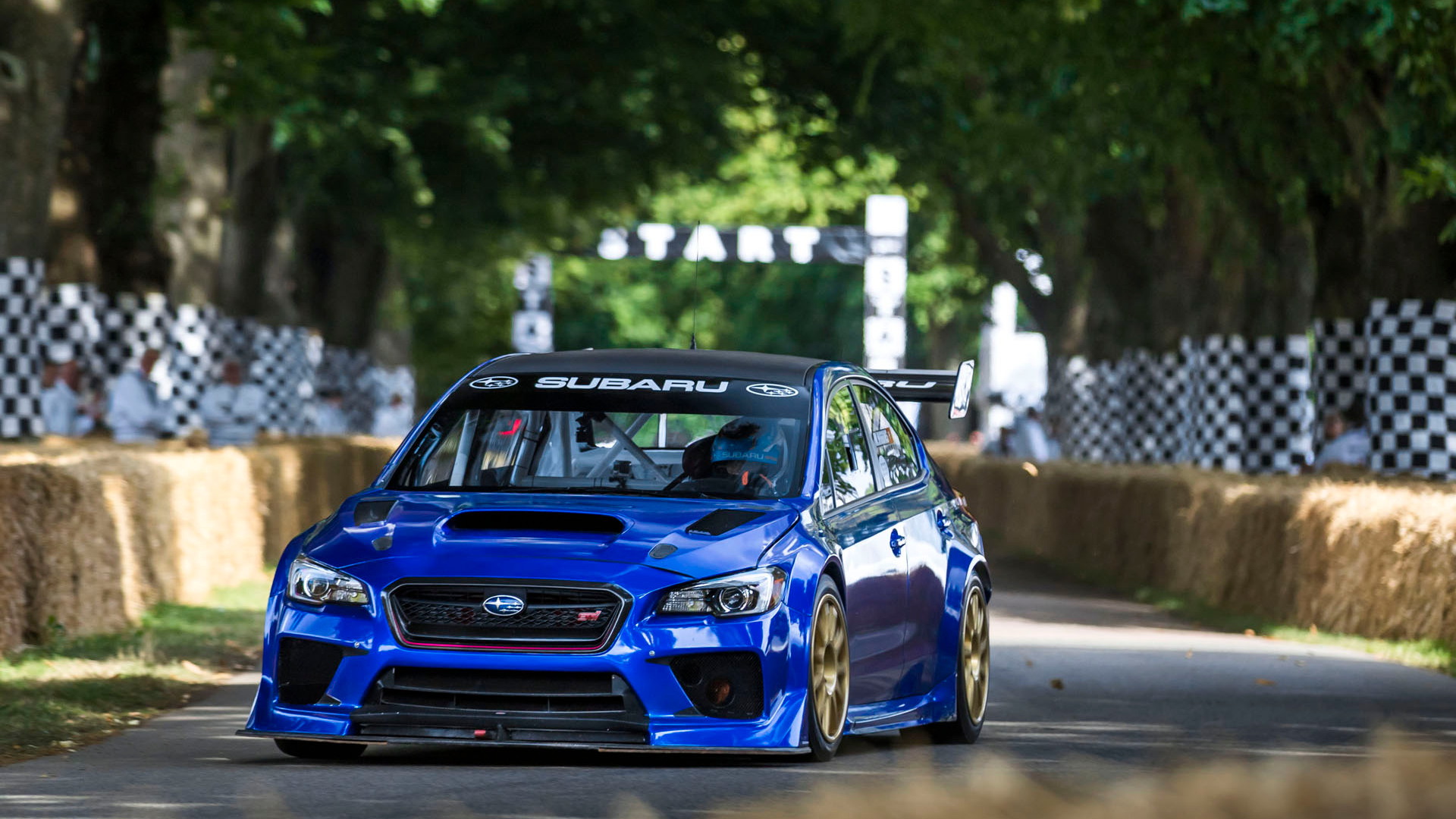 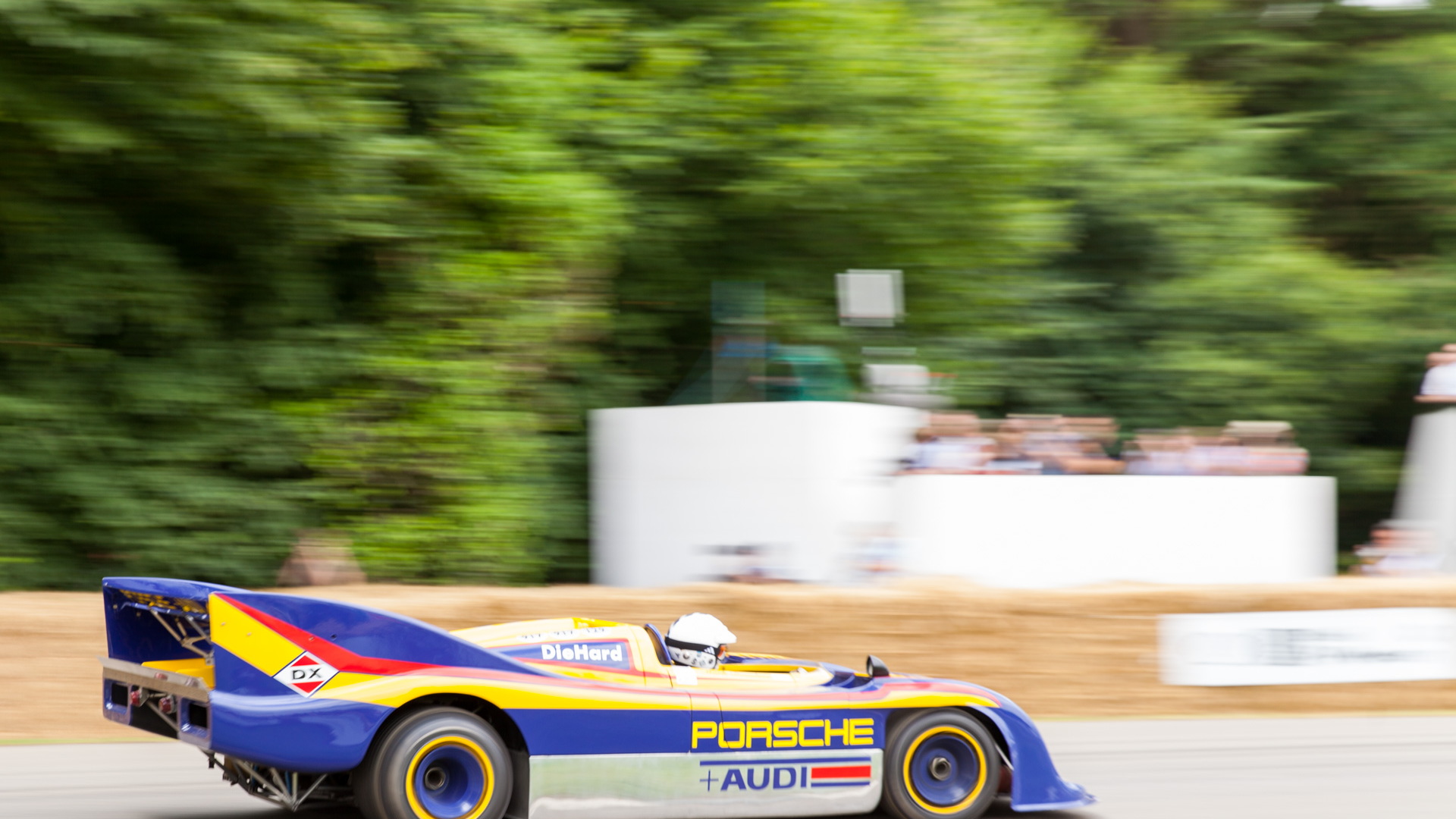 More than 250 cars, trucks, and motorcycles made the 1.16-mile blast, past the Goodwood House, into Molecomb Corner, and continuing into history. By the books, Nick Heidfeld driving a McLaren MP4/13 is the quickest way, but we have a 11 other ideas for making the march up to Lord March's estate...

Most cars in the 2017 Goodwood Festival of Speed’s timed shootout were authentic racers with real-world pedigrees. Mark Higgins wouldn’t have it that easy. His heavily modified Subaru WRX STI started life as a production car before the team at Prodrive got their hands on it. The result is a 600-horsepower monster with adjustable aero, serious pace, and a problem sniffing glue. Only two cars finished ahead of Higgins and his Subaru: a Group C Jaguar Prototype and a McLaren-Honda IndyCar. That’s crazy.

...atop the Beast of Turin

When the legendary race horse Secretariat died, his necropsy revealed a heart at least 2.5 times larger than an average horse’s. The “Beast of Turin” has that in common with the famed thoroughbred. It boasts a 28.5-liter 4-cylinder engine crammed under long, tall pre-war Fiat bodywork. Officially called the Fiat S76, today’s Beast looks absurd and sounds even crazier, sputtering and popping its way up the 2017 Goodwood Hill Climb.

The most expensive, most powerful, fastest production Porsche 911 ever. That’s really all you need to understand why this makes a hell of way to run the hill at Goodwood.

The Kamaz Dakar shrugs off Earth’s most hostile terrain, so it’s no surprise that Lord March’s driveway didn’t provide much trouble for this 20,000-pound, 900-horsepower behemoth. The Kamaz was not fast—in fact, watching it run the hill was like witnessing an elephant attempt an obstacle course. Are you not entertained?

The 2017 Aston Martin Vulcan AMR Pro sounds as fast as it looks as quick as it goes. Got that? It’s the supercar trifecta of quick, hot, and loud. We wouldn’t expect anything less from the car company that prides itself on building all things beautiful. We just weren’t expecting that the most attractive part would be the way that it sounds.

...stuffed into a Formula One cockpit

Outside an actual Grand Prix, there isn’t an event on the planet that draws in so many teams from the pinnacle of motorsports. Scuderia Ferrari, Mercedes-AMG Petronas, Red Bull Racing, Renault F1, and Williams Martini Racing all showed up, while Mahindra brought its M4Electro Formula E car and some lunatics imported a V-10 with a Toyota F1 around it. While only Mahindra drove its car in anger—as part of the timed shootout and with Goodwood record holder Nick Heidfeld at the wheel—it’s a safe bet that if any of the F1 teams had wanted it, the fastest time at this year’s Festival was theirs for the taking.

It’s not a Ferrari, it’s the Ferrari. As in, the first to bear the Ferrari name. Consider the 125 S to be genesis, but not much else. The unmistakable shape of future Ferrari cars is present as is the V-12 planted up front, but the face and sound would take a little longer to perfect.

The Rolls-Royce headquarters may be a stone’s throw away from the Goodwood Festival of Speed, but Jaguar gets the home-field advantage. A field full of C-Types and D-Types (and even those “reimagined” by Eagle) drew audible gasps each time they passed—an indication that Jag will always be in rarefied air at the festival.

The Can-Am creations can arguably be labeled as the most dangerous and extreme race cars ever built. The formula was simple: driver, wing, massive engine. The Porsche 917/30 Can-Am racer was all of the above. Its turbocharged flat-12 could make more than 1,500 horsepower with a full helping of boost—so much that legendary racer Mark Donohue said it would spin up its rears in fourth gear.

…in anything that Jackie Stewart is driving

Yeah, anything that guy drives is probably a good way to do it.