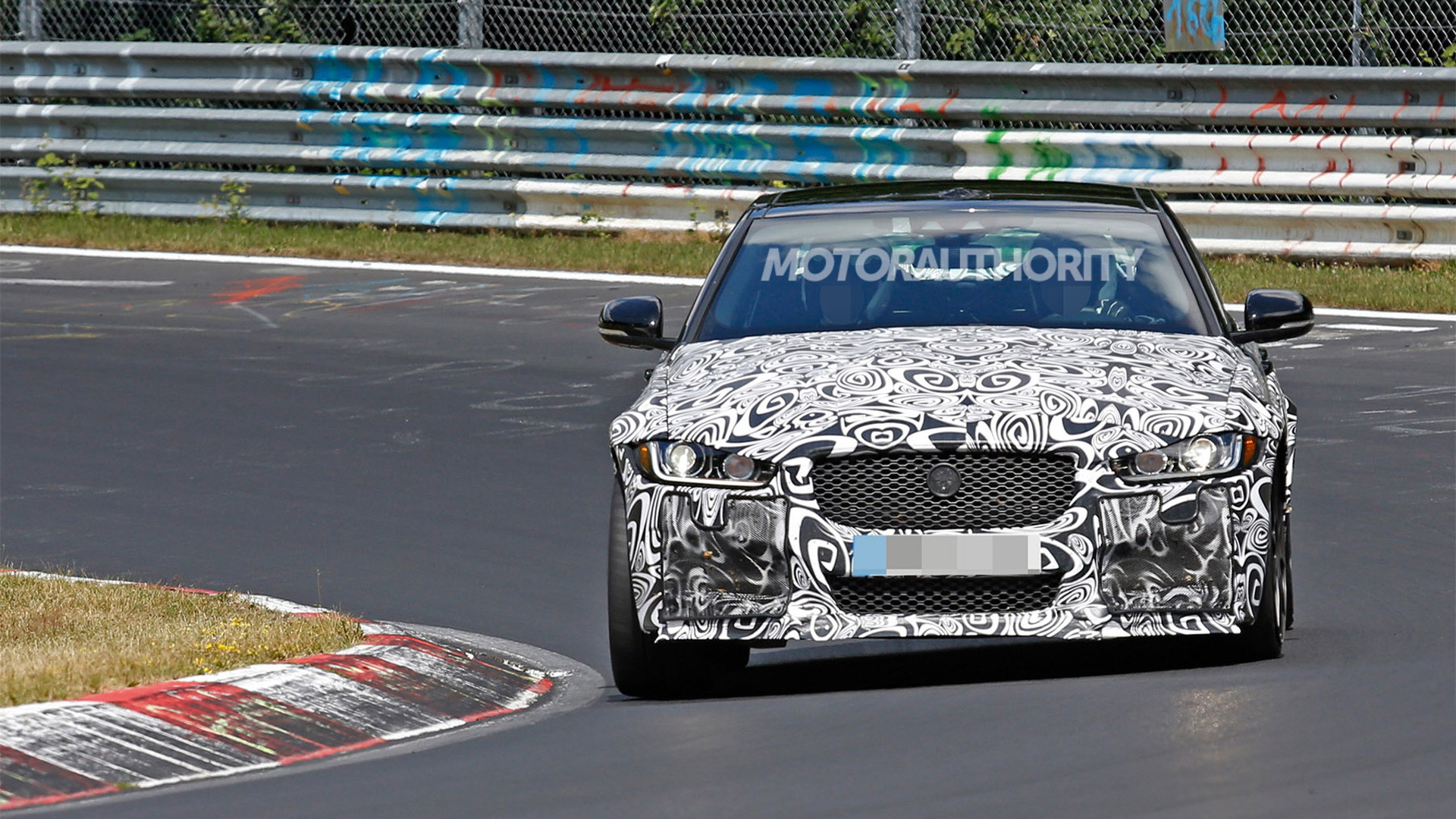 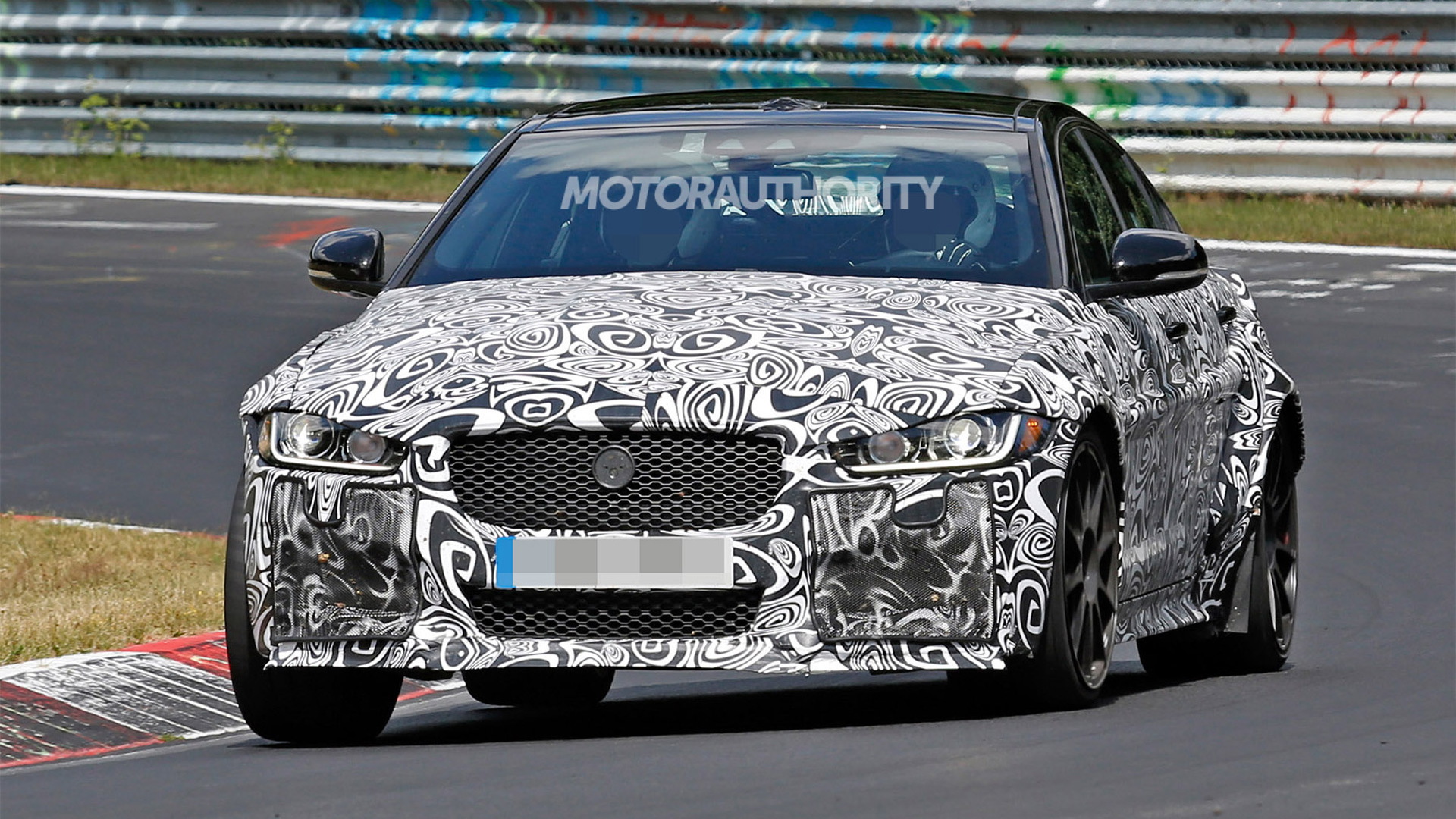 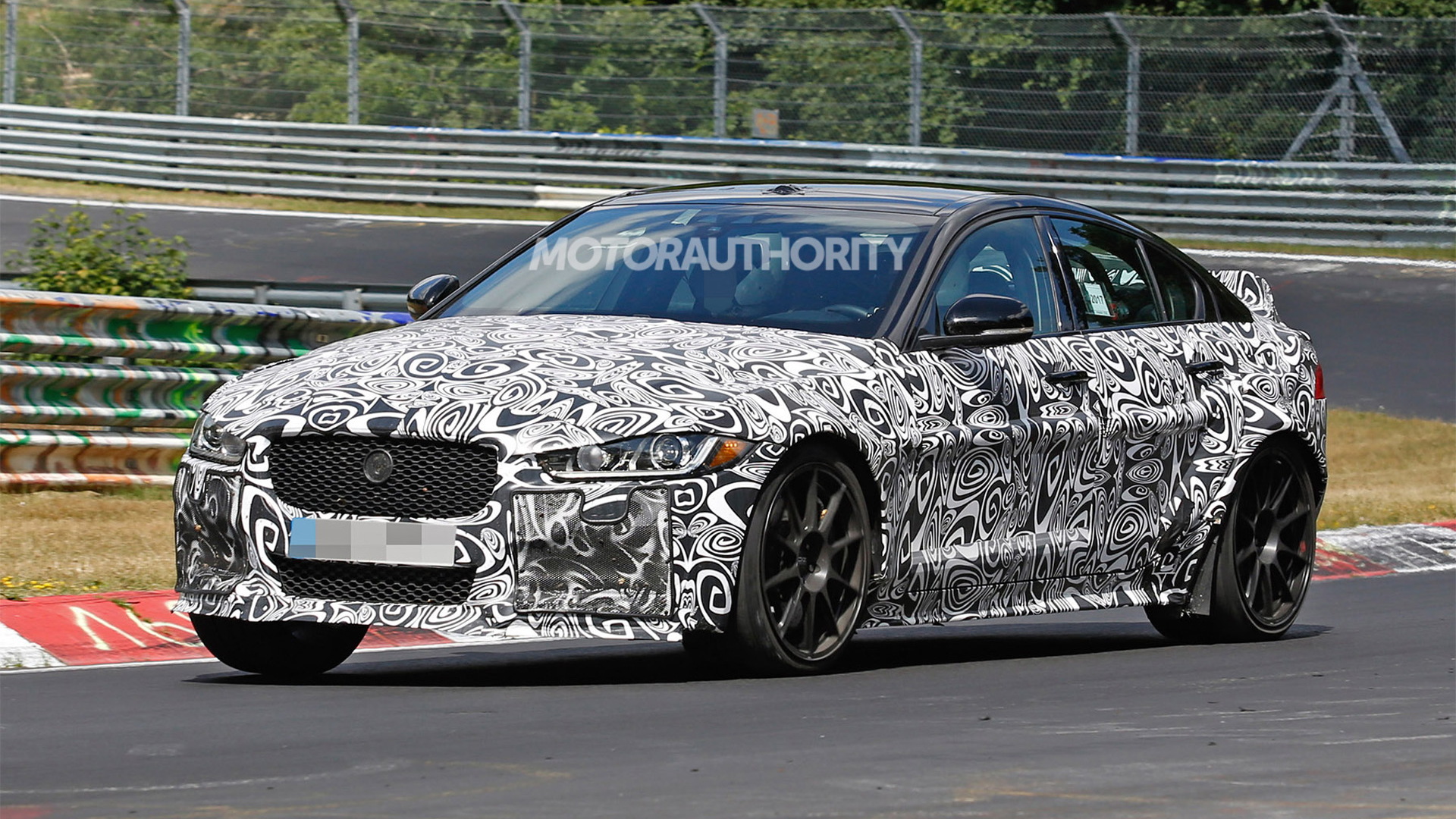 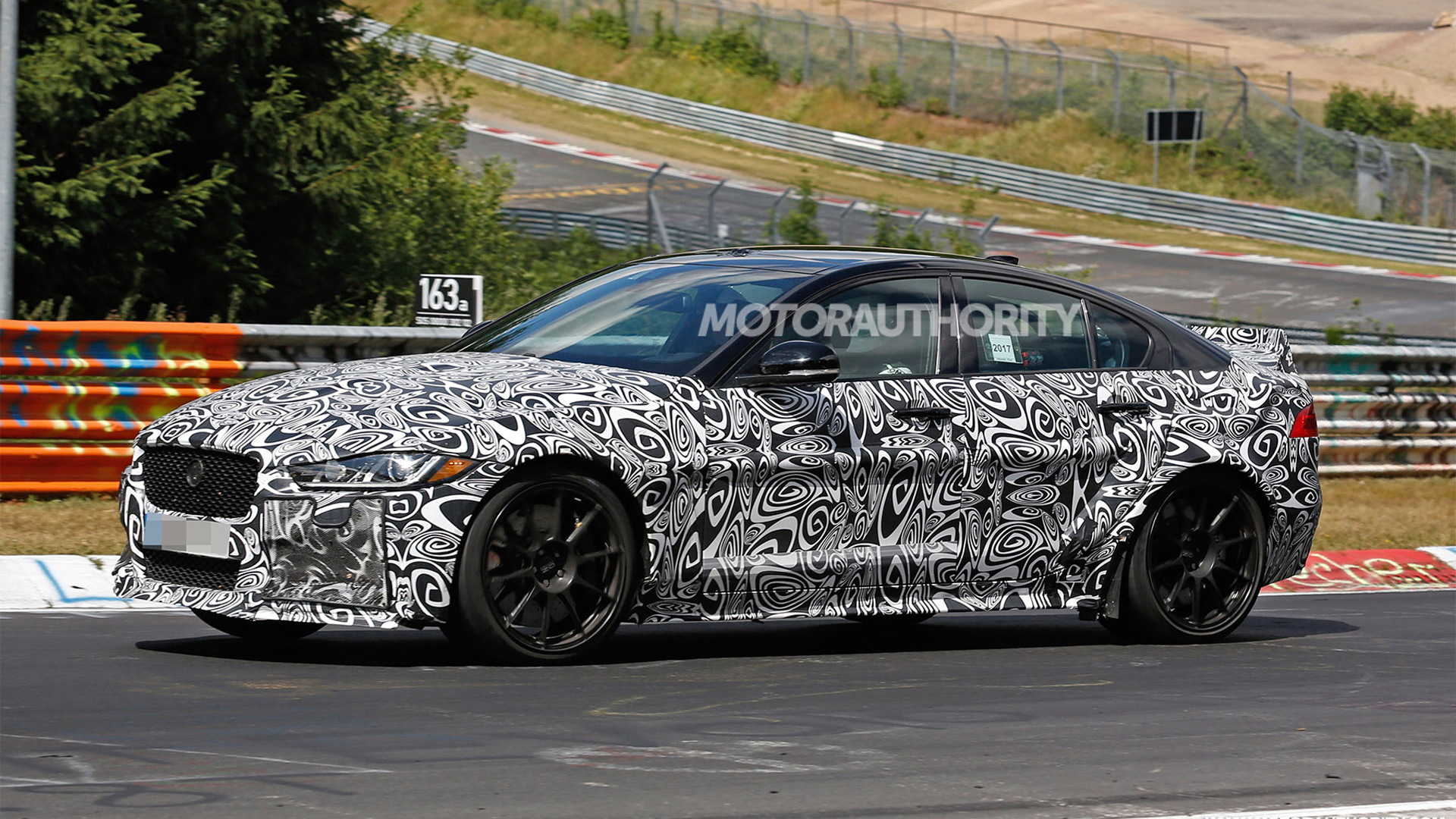 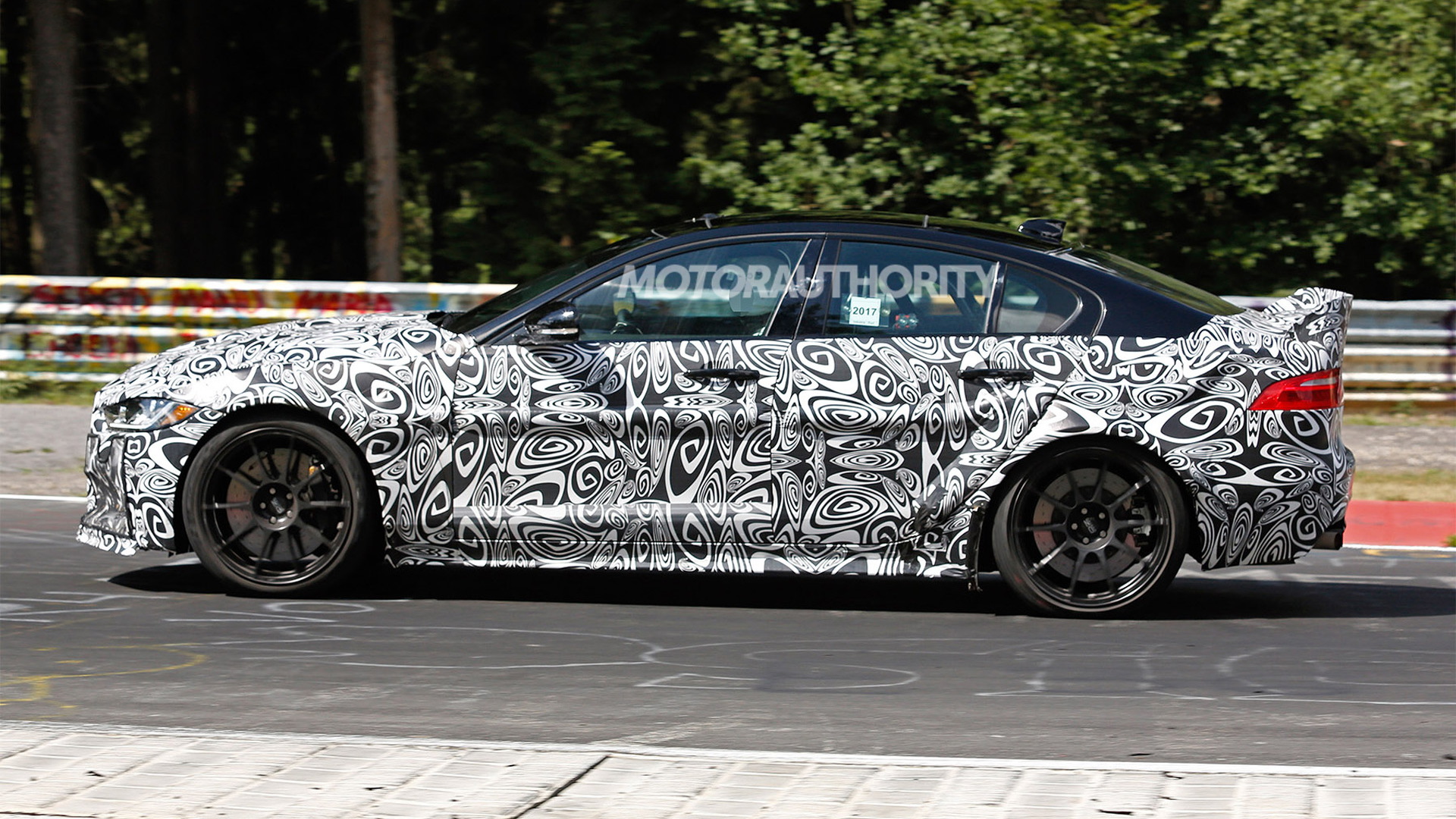 Jaguar in May came out with the news that it was working on a 600-horsepower super sedan based on the XE: the XE SV Project 8.

The automaker also released photos of a prototype and confirmed that just 300 examples are destined to be built—for worldwide consumption.

We now have our own spy shots of a prototype testing at the Nürburgring.

Easily spotted are its pumped fenders housing widened wheels, which by the way are from OZ Racing. The car also sports carbon-ceramic brakes, quad-exhaust tips at the rear, and a body-hugging aero kit that includes one massive rear wing.

Under the hood sits Jaguar’s 5.0-liter supercharged V-8. It’s been tuned to deliver 600 horsepower and is mated to an 8-speed automatic and all-wheel-drive system.

The standard XE’s mechanicals were never designed to handle such loads. That’s why the engineers are thought to have swapped in components from the F-Type sports car, namely the rear axle.

Handling the development is the SVO skunk works which will be assembling much of the car by hand. It’s an expensive project and the car’s starting price will reflect that. Expect something in six-figure territory.

There’s no word on whether any of the cars will reach the United States, but we should know more following the debut on June 28. The car will then be presented at the United Kingdom’s Goodwood Festival of Speed which starts the following day.