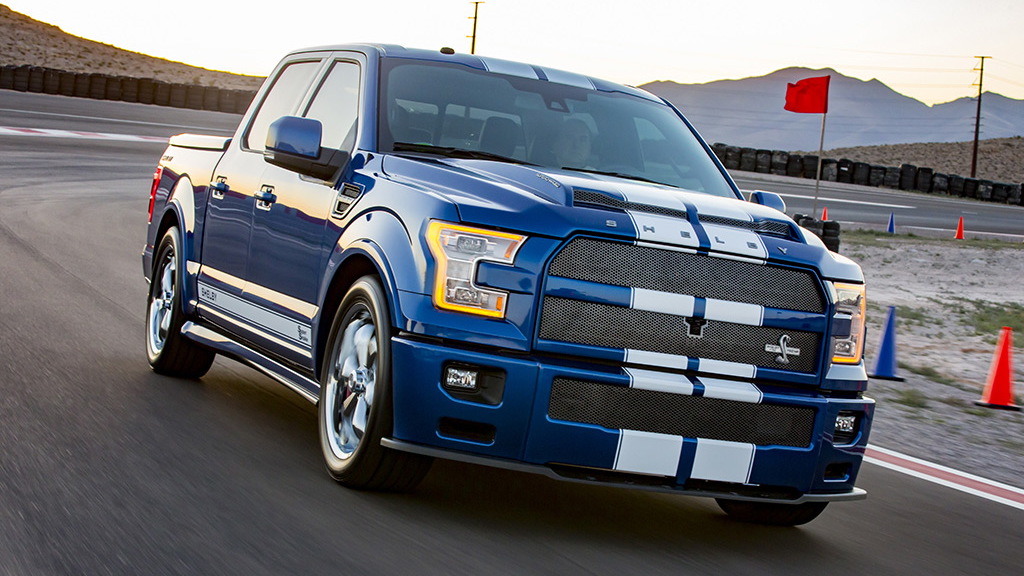 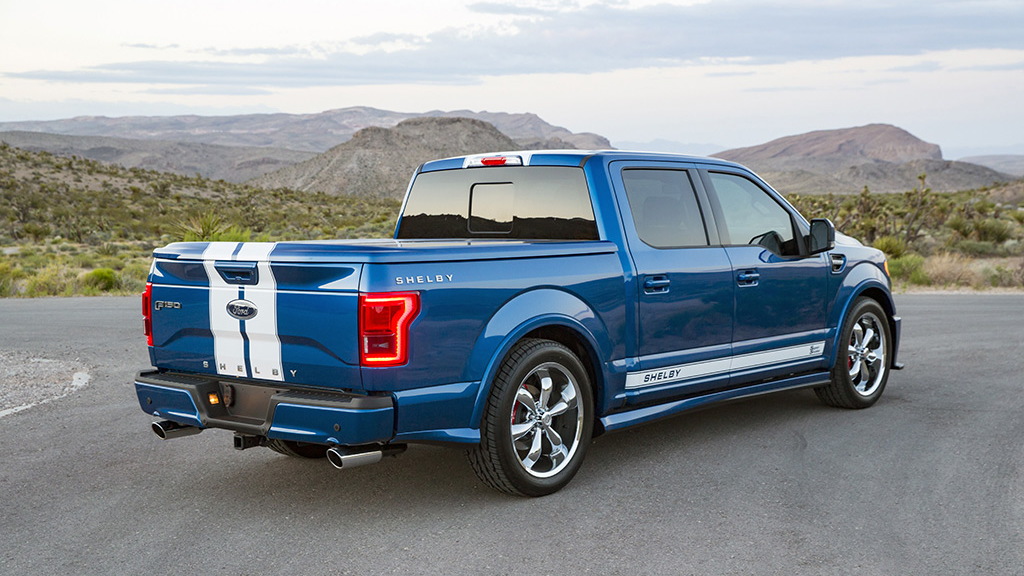 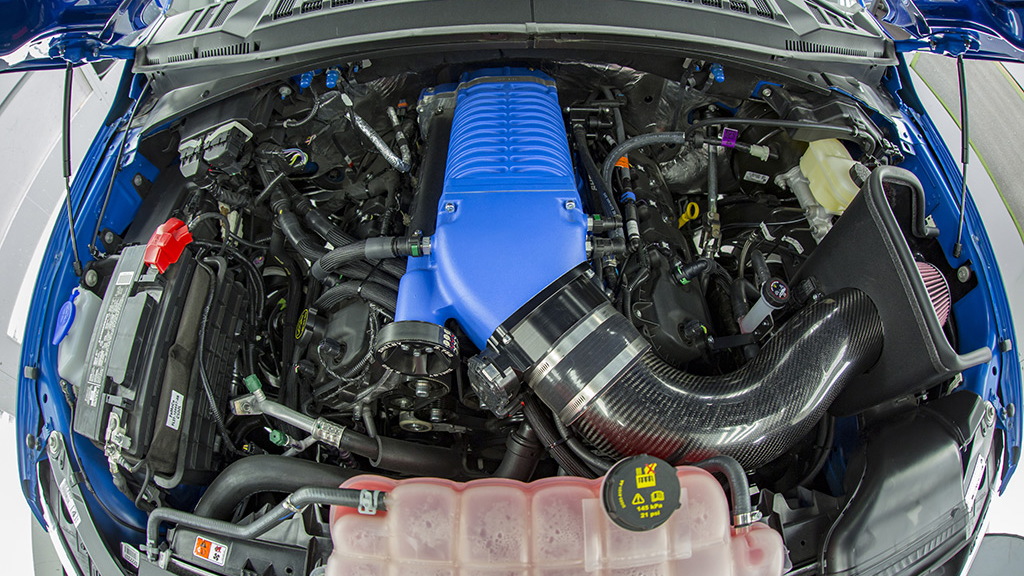 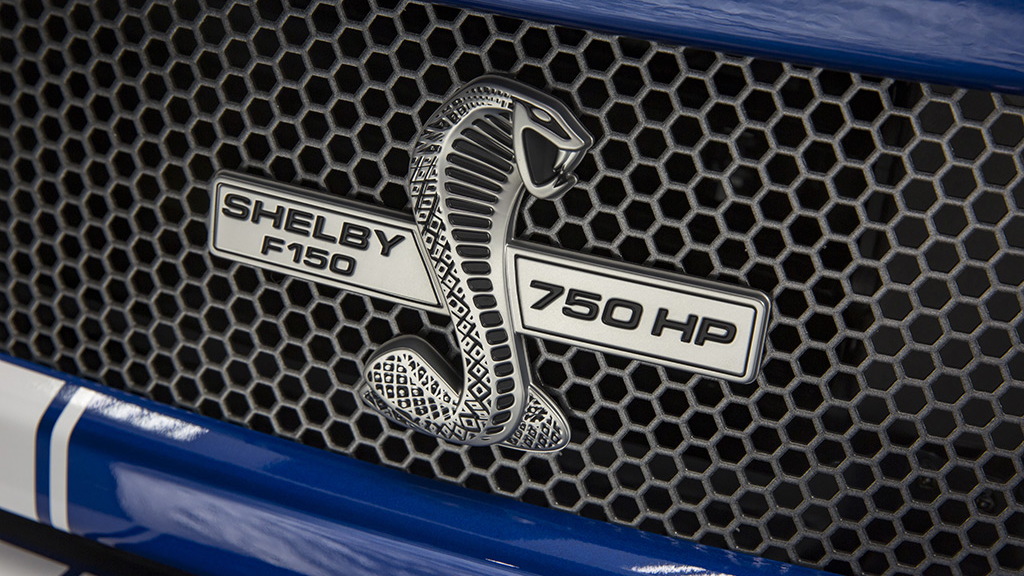 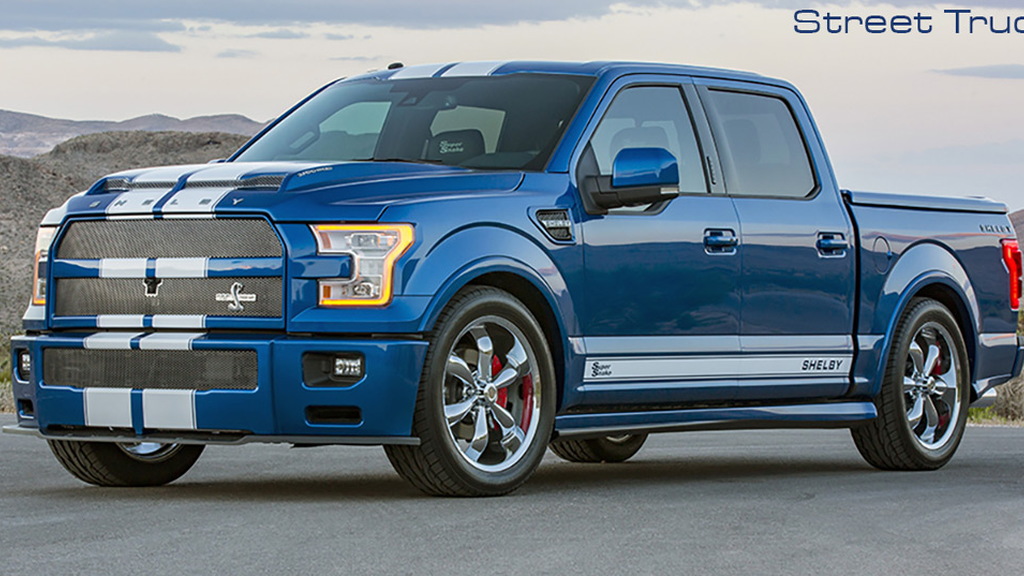 Disappointed by Ford’s decision to skip a V-8 in favor of a boosted V-6 for its latest F-150 Raptor?

If so, take solace in the knowledge that Shelby American is not only offering an F-150-based performance pickup truck equipped with a V-8, but one supercharged to the tune of 750 horsepower!

Yes, Shelby’s new F-150 Super Snake is delivering a full 300 hp more than the Raptor. Making all of that grunt is a supercharged version of Ford’s familiar 5.0-liter V-8.

Buyers will be able to choose whether they want two- or four-wheel drive, though even with the latter the vehicle isn’t intended for off-road use. Shelby is quick to point out that the F-150 Super Snake is a “street-oriented” truck. The Shelby F-150 introduced in 2015, which is available with up to 700 hp, is Shelby’s option for off-roading.

Shelby developed the F-150 Super Snake using lessons learned from its Mustang-based Super Snake, along with a little help from Ford Performance and exhaust expert Borla.

The company is light on details but says the suspension has been sharpened for improved handling. The vehicle also adopts new body panels including the hood, bumpers, side skirts, and tonneau cover. Additional styling cues also include Shelby Super Snake stripes and badges. Inside, the theme continues across the seats, dash and floor.

Shelby will officially present the truck on Saturday at its annual Carroll Shelby Tribute and Car Show taking place at the company’s Southern California facility. Joining it will be a new wide-body Mustang concept.