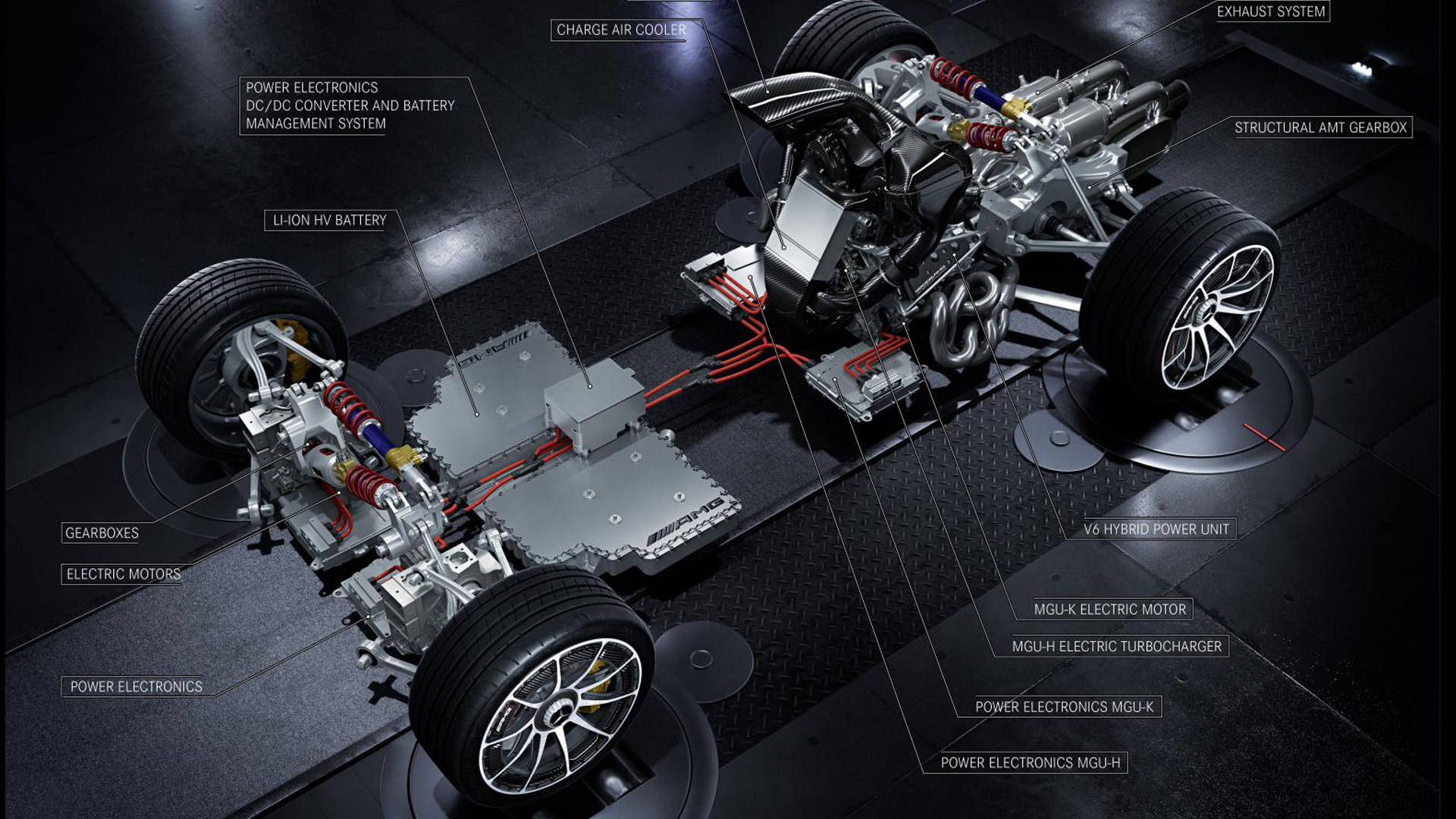 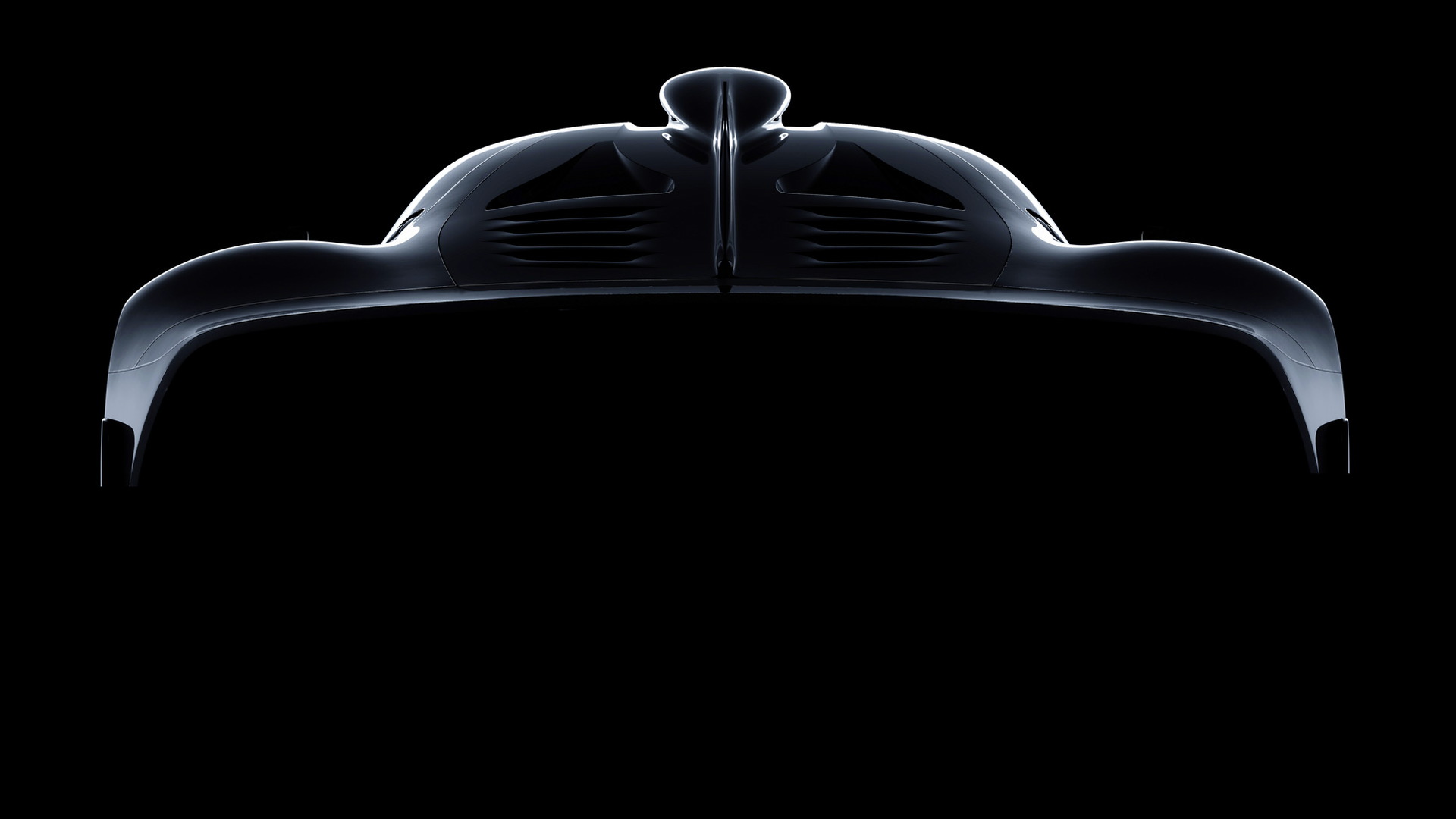 As we approach the debut of Mercedes-AMG’s “Project One” at September’s 2017 Frankfurt auto show, more and more details on the hybrid hypercar are surfacing.

AMG used this weekend’s 24 Hours Nürburgring to provide a sneak peek at the car’s layout and powertrain.

As we previously learned, the powertrain is lifted straight out of one of the Mercedes AMG Formula One’s team championship-winning race cars and augmented with an electric drive system on the front axle for all-wheel drive. Peak output is expected to be around 1,020 horsepower.

Around 750 hp of that will come from the internal combustion component alone, in this case a 1.6-liter turbocharged V-6 with the ability to rev to 11,000 rpm and thermal efficiency exceeding 40 percent (most performance cars are in the 20 percent range). The electric drive system will make up the rest.

But the Project One will feature two additional electric motors at the front axle to create the aforementioned all-wheel-drive system. F1 cars don’t have this, though the LMP1 Hybrid prototypes competing in the World Endurance Championship do. Current cars like the Acura NSX and Porsche 918 Spyder also benefit from a similar setup.

Interestingly, the two front-mount electric motors will power the car in electric mode, making it a front-driver when zero emissions are required. AMG is estimating a range of approximately 15 miles on a full charge. The batteries, mounted at the front to aid weight distribution, are also of the same technology used in F1. Meanwhile, the transmission will be an 8-speed automated manual.

Everything will then mount to the tub, forming part of the load structure of the vehicle, another practice common to F1. AMG won’t mention the weight of the car, though this figure is expected to come in under 3,000 pounds.

AMG also revealed a few details about the suspension setup which will feature an overlapping inboard design and be fully adjustable. And attached at each hub will be wheels wrapped in custom Michelin Pilot Sport Cup tires measuring 285/35R19 front and 335/30R20 rear.

The Project One—this is only a code name, by the way—helps celebrate AMG’s 50th anniversary this year. It’s also a precursor to the new hybrid performance route the Affalterbach tuner is about to embark on.

Just 275 will be built and all have been sold. The first deliveries are due in late 2018 or early the following year—about the same time Aston Martin will start deliveries of its rival Valkyrie hypercar.

The starting price, not that it matters much for the car's potential buyers, is 2.27 million euros (approximately $2.54 million).