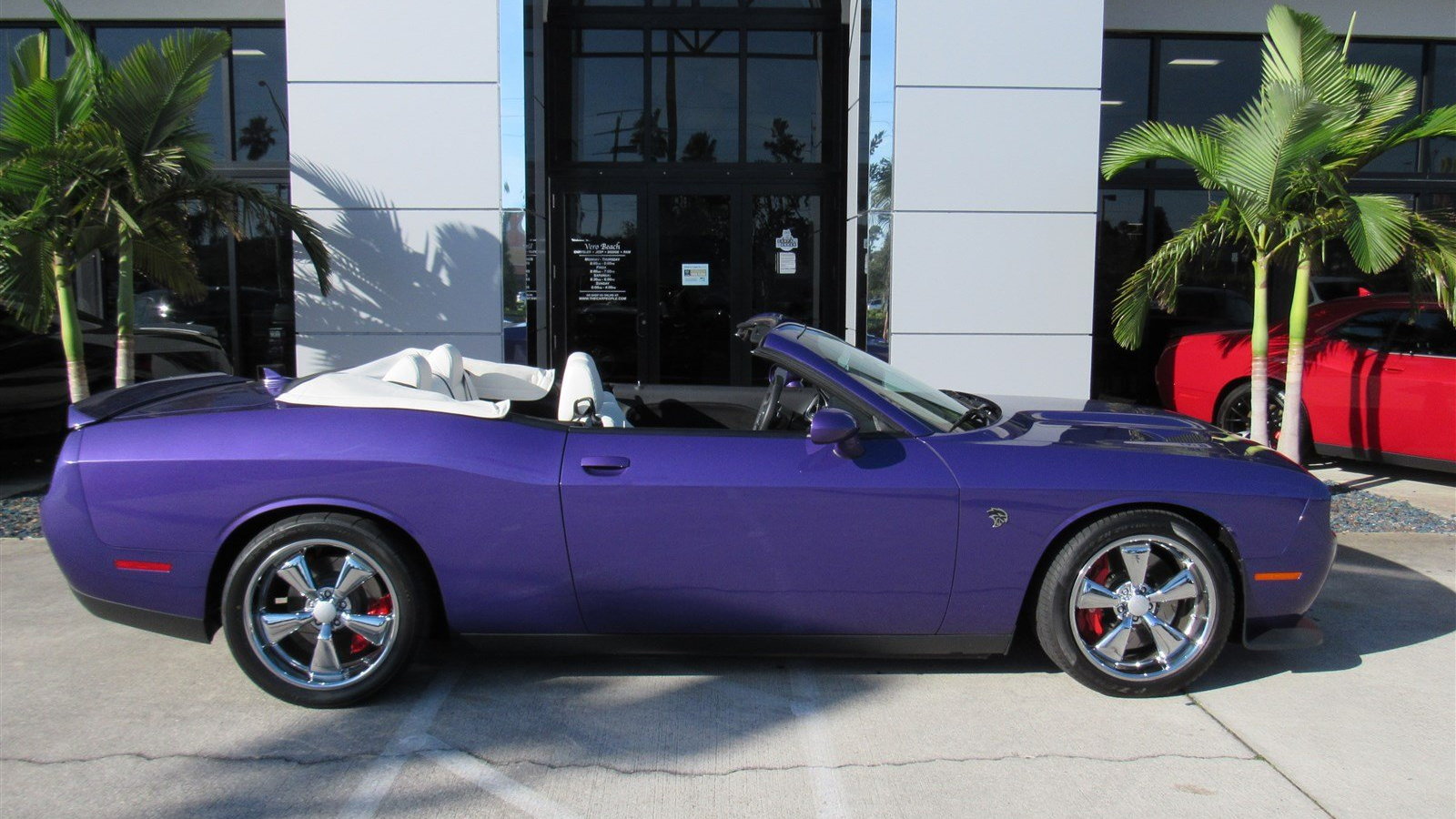 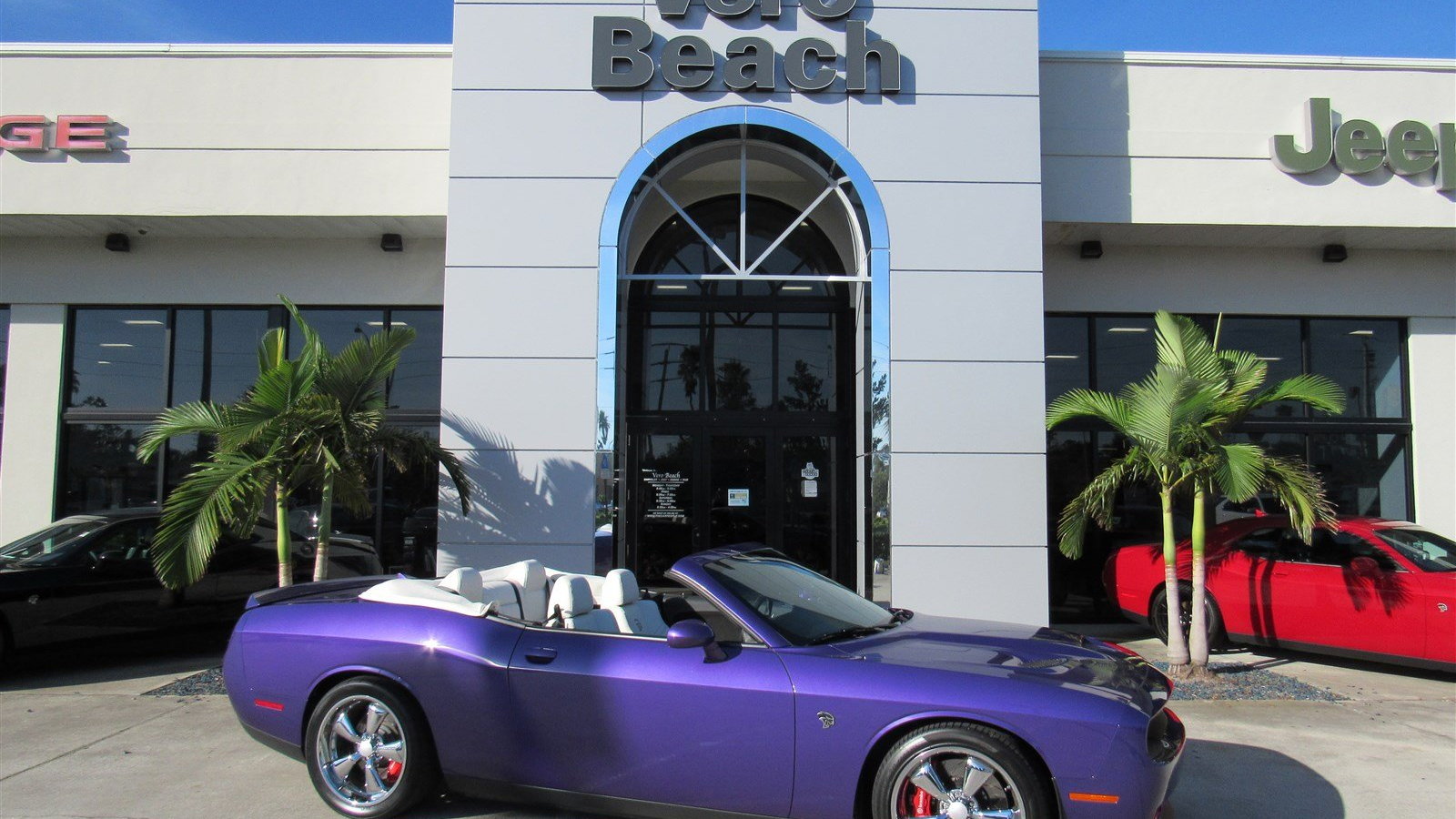 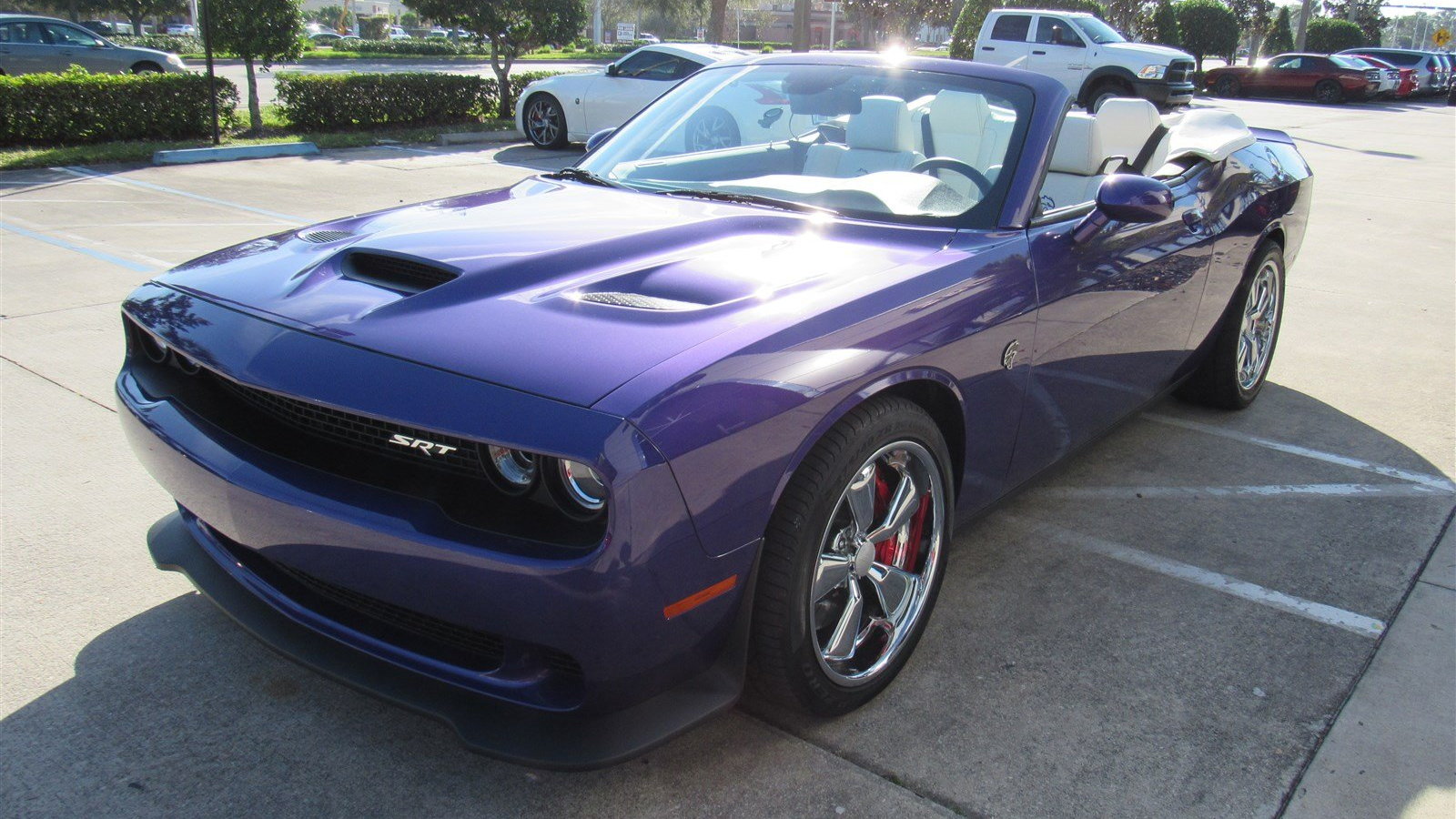 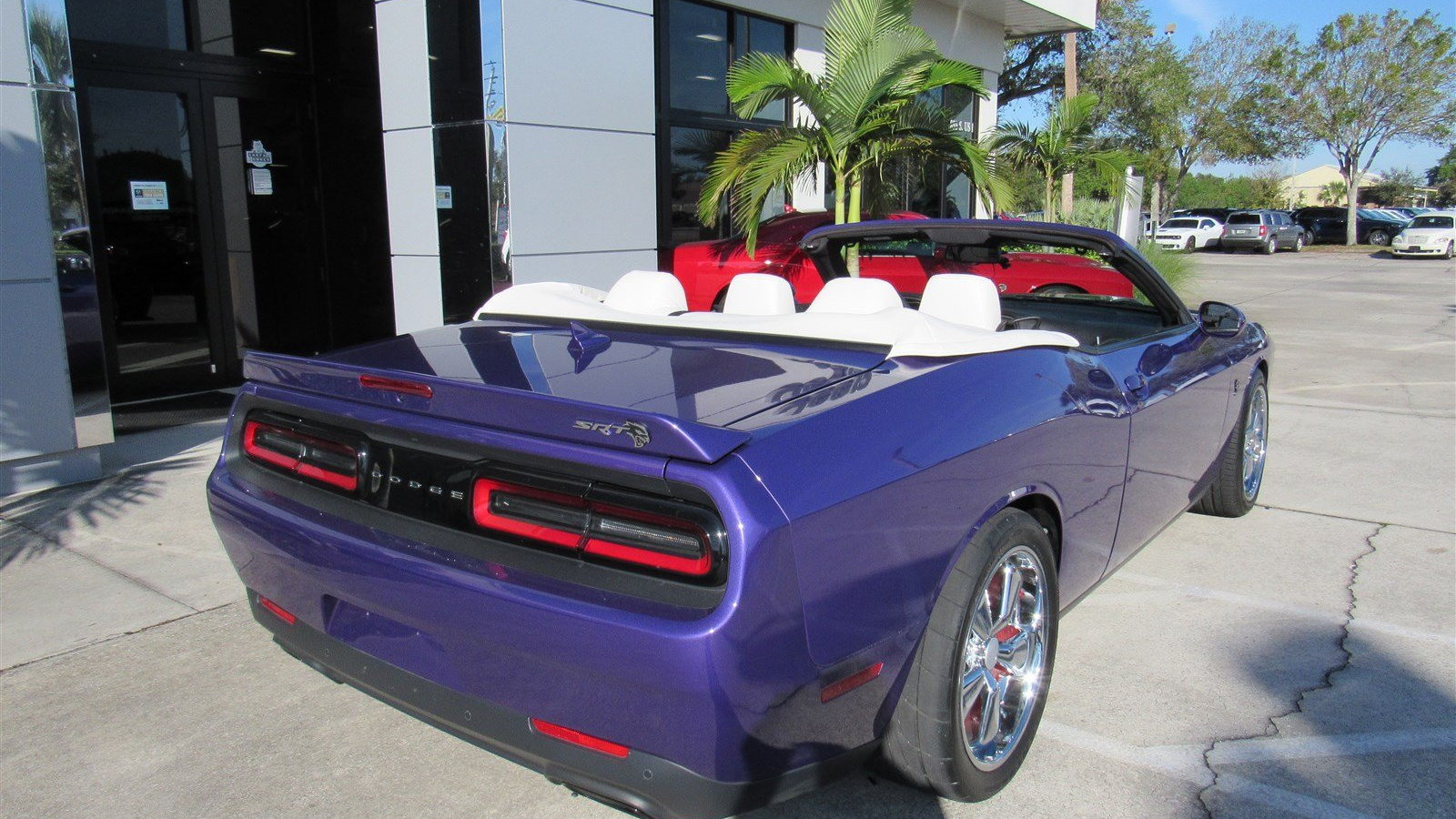 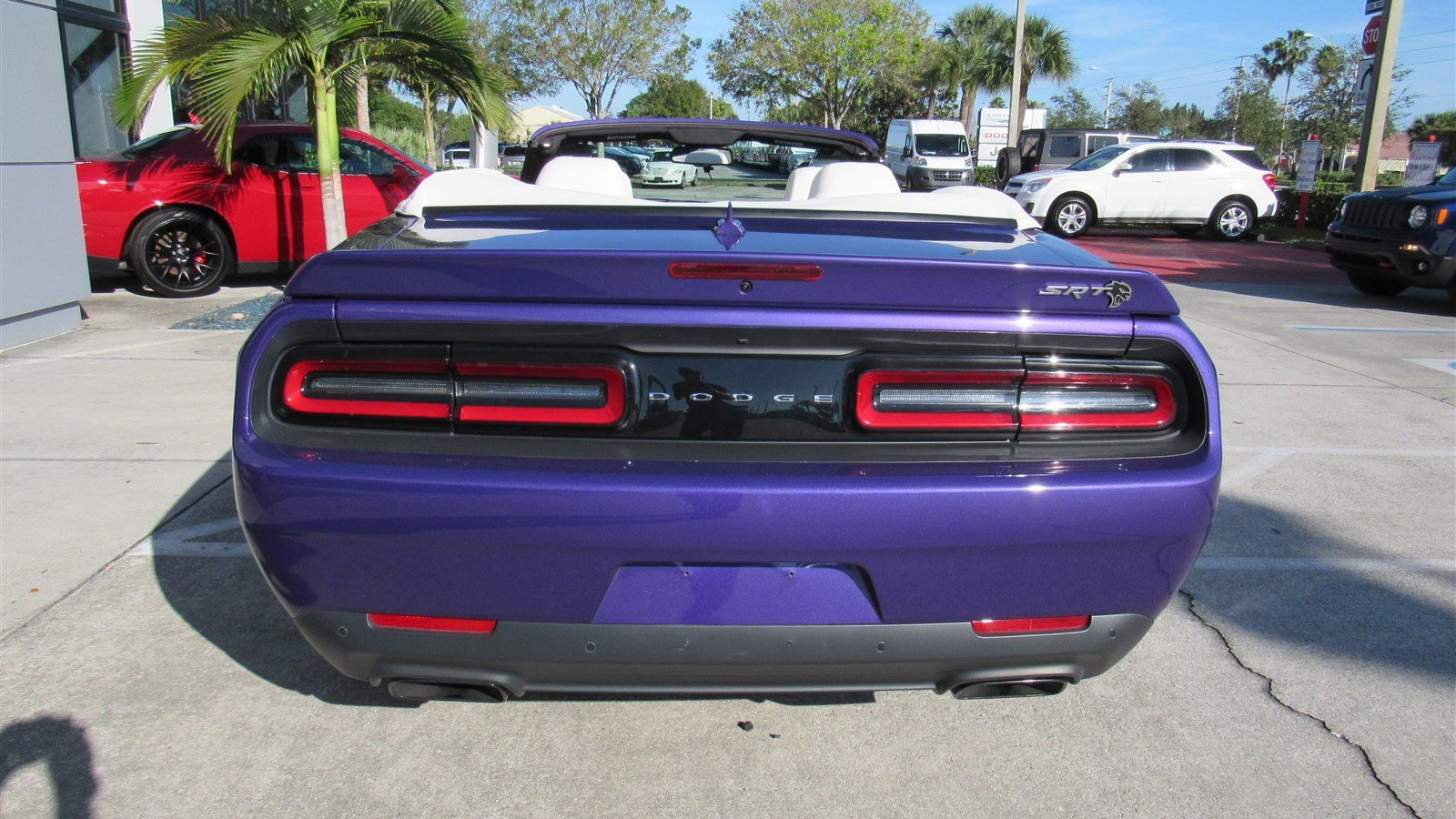 Dodge never built a convertible version of its Challenger. A number of outfits have decided to fill that market space with aftermarket modified versions of their own. With the Hellcat model of the Challenger running rampant around the nation, it's no surprise to find a droptop variant being offered for sale as well. If you want the feel 707 horsepower in your hair, then you'll need to get down to Florida.

Vero Beach Chrysler Dodge Jeep Ram has the car for you. The dealership has a purple Challenger Hellcat convertible on its lot, and the asking price is $89,999. That's actually not as terrible as we'd expect, to be honest. This seems like a good chance for a dealer to apply a healthy markup, but the sub-$100,000 price tag seems almost sane.

Still, you're dealing with a coupe that's been chopped up so the sun can shine into the cabin. This platform wasn't meant to have its roof removed, so we're quite curious about the structural rigidity of this powerful machine. Modern cars employ a lot of high-strength steel all over the place, but that doesn't mean this car isn't a floppy mess. Drive this thing, and we're guessing that cowl shake is going to be your new best friend. That doesn't tend to pair well with 650 pound-feet of torque.

The work was completed by Drop Top Customs. This is their game, and they cut the roofs off plenty of cars so they should know exactly where to add some support once that structural element has been removed. They also do T-top conversions, which is far more interesting and would look rather excellent on a Hellcat.

Come on Drop Top, give us the T-topped Hellcat of our dreams.