During a press conference on Wednesday to discuss financial results, Audi confirmed a number of upcoming models.

The identity of most of the models was already known but among them was a new model to be called the Q4. This will be a compact crossover SUV slotting between the Q3 and Q5 in Audi’s high-riding lineup in 2019.

Audi previewed the vehicle in 2015 with its TT Offroad concept. At the time, Audi was unable to call the concept a Q4 because the rights to the name were owned by Fiat Chrysler Automobiles. Audi has since received permission to use the Q4 name for the production model. Audi also required permission from FCA to use the Q2 name for a subcompact SUV launched last year. 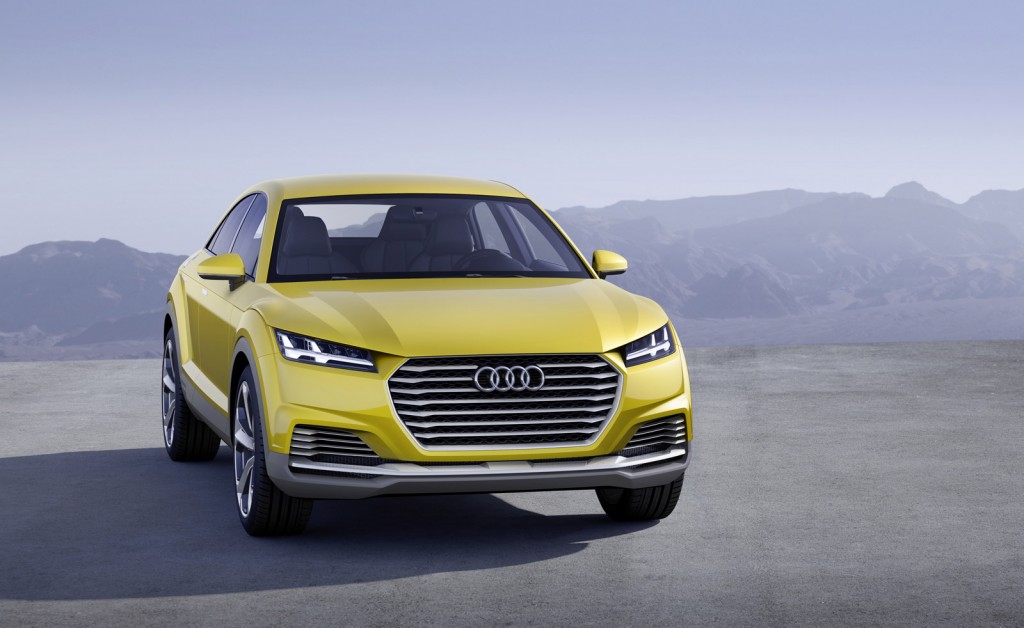 No details on the Q4 have been released but expect the vehicle to ride on the MQB platform found in the TT and other compact models from the Volkswagen Group. The Q4 should also borrow some styling cues from the TT, though its design is thought to have moved on from what was presented on the TT Offroad concept.

Also confirmed by Audi during its press conference was the launch of a redesigned A7 and new Q8 in 2018. The automaker also reiterated previously announced plans to launch a redesigned A8 in 2017 and launch three electric cars by 2020.

In its press conference, Audi also revealed it earned 59.3 billion (approximately $63 billion) in revenues on record deliveries of 1,867,738 cars in 2016. Accounting for provisions in relation to the Volkswagen Group diesel emissions scandal as well as the Takata airbag recalls, the automaker said its operating profit for the past year amounted to 3.1 billion euros ($3.3 billion).