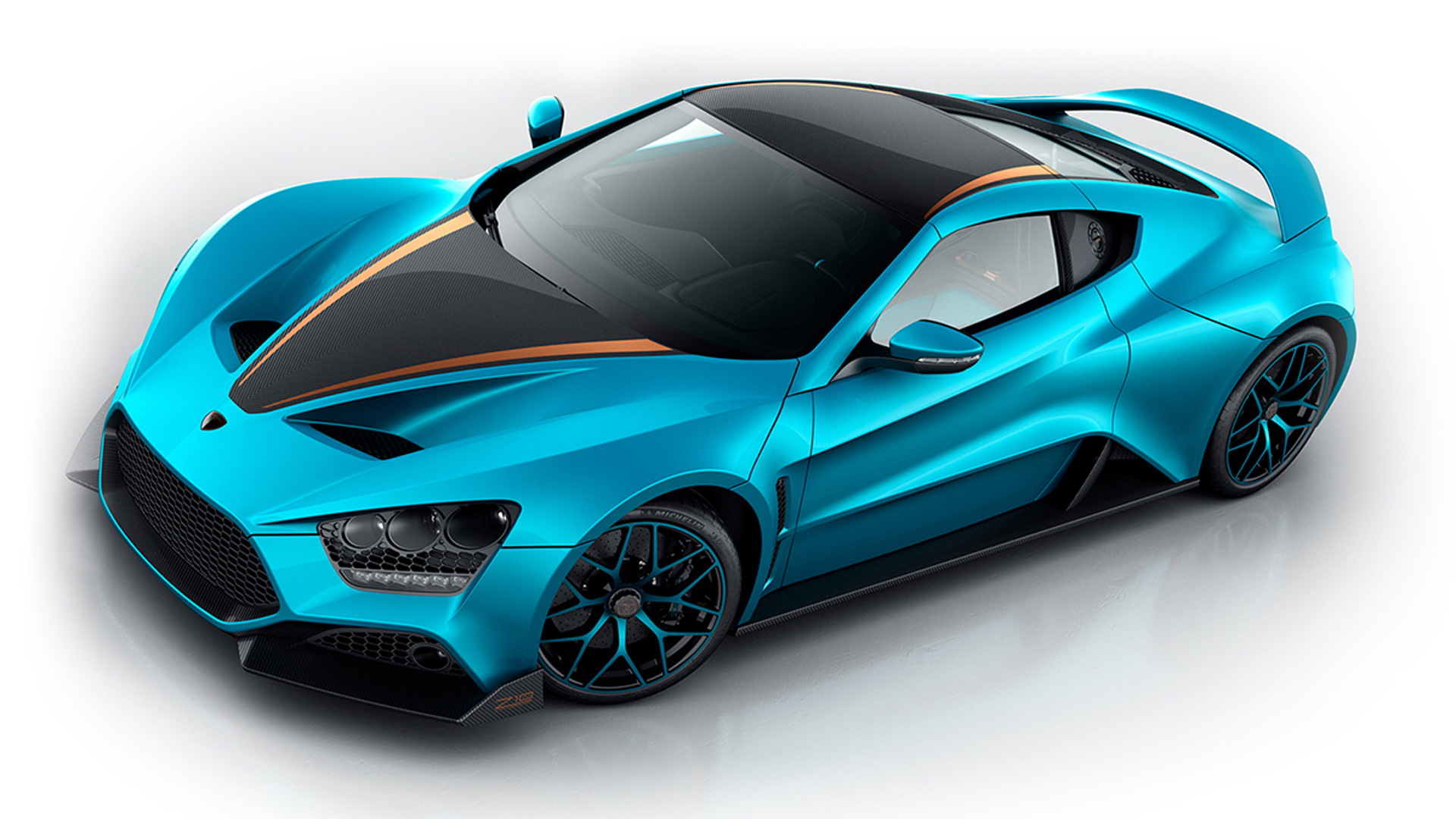 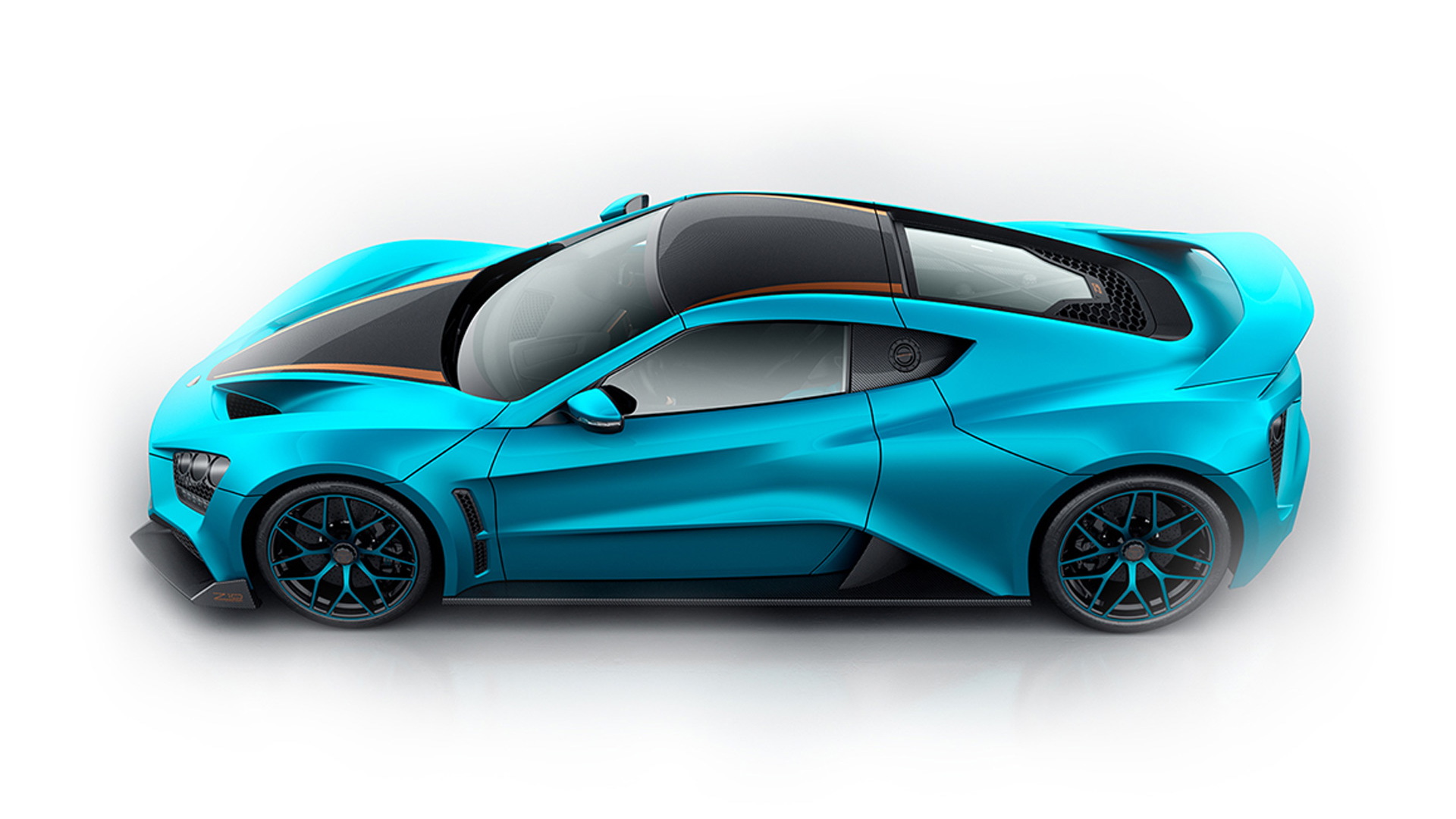 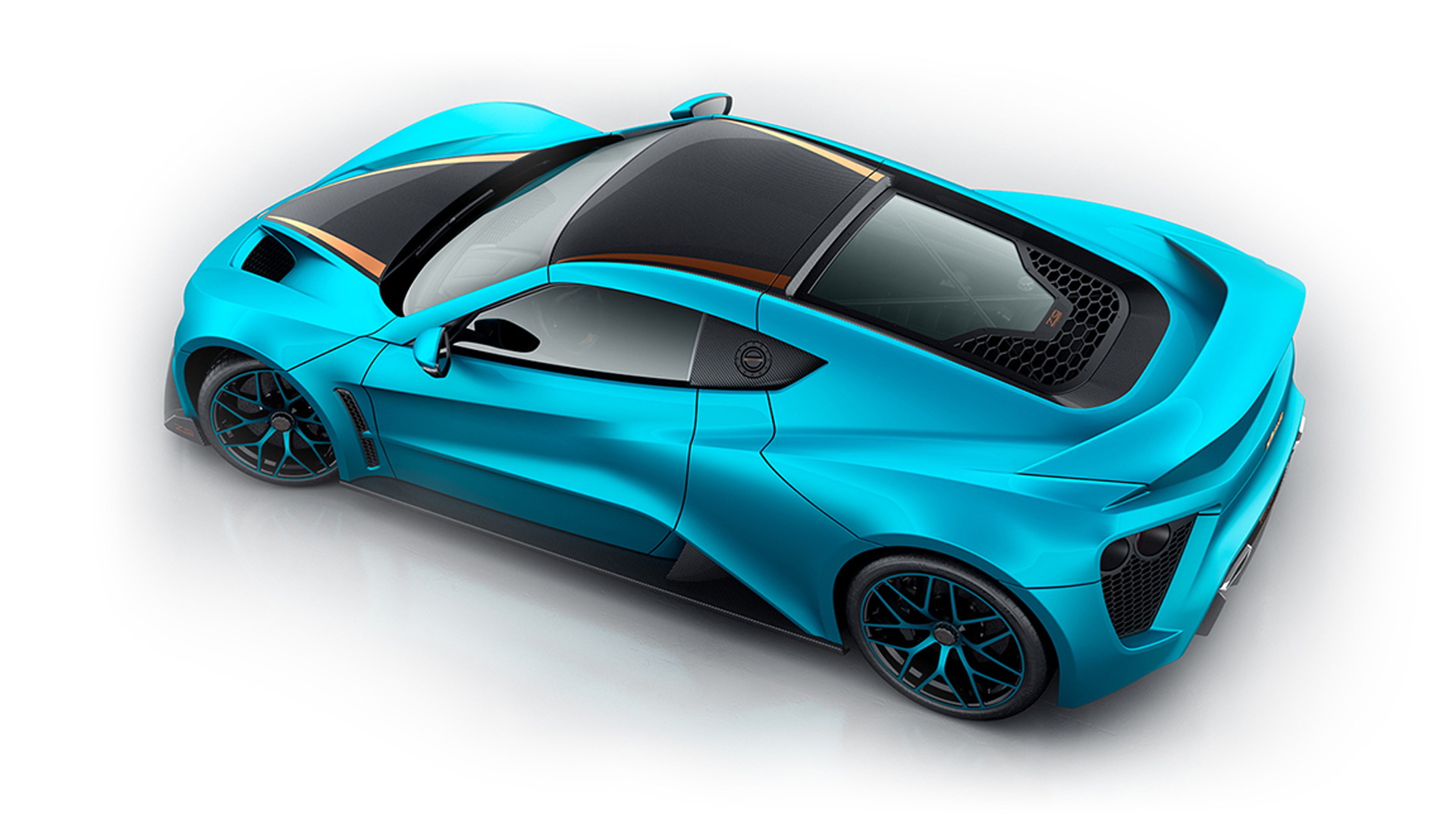 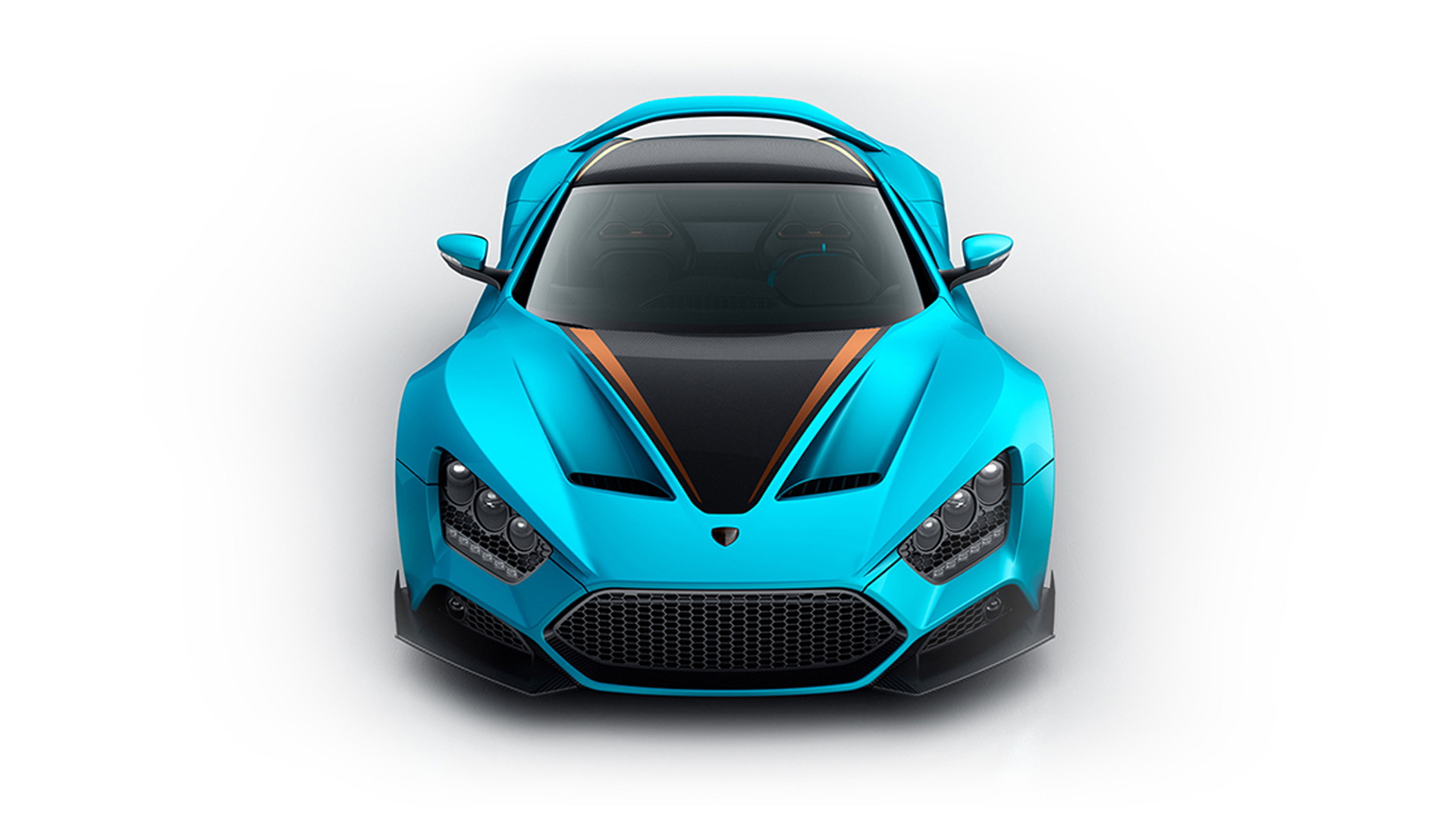 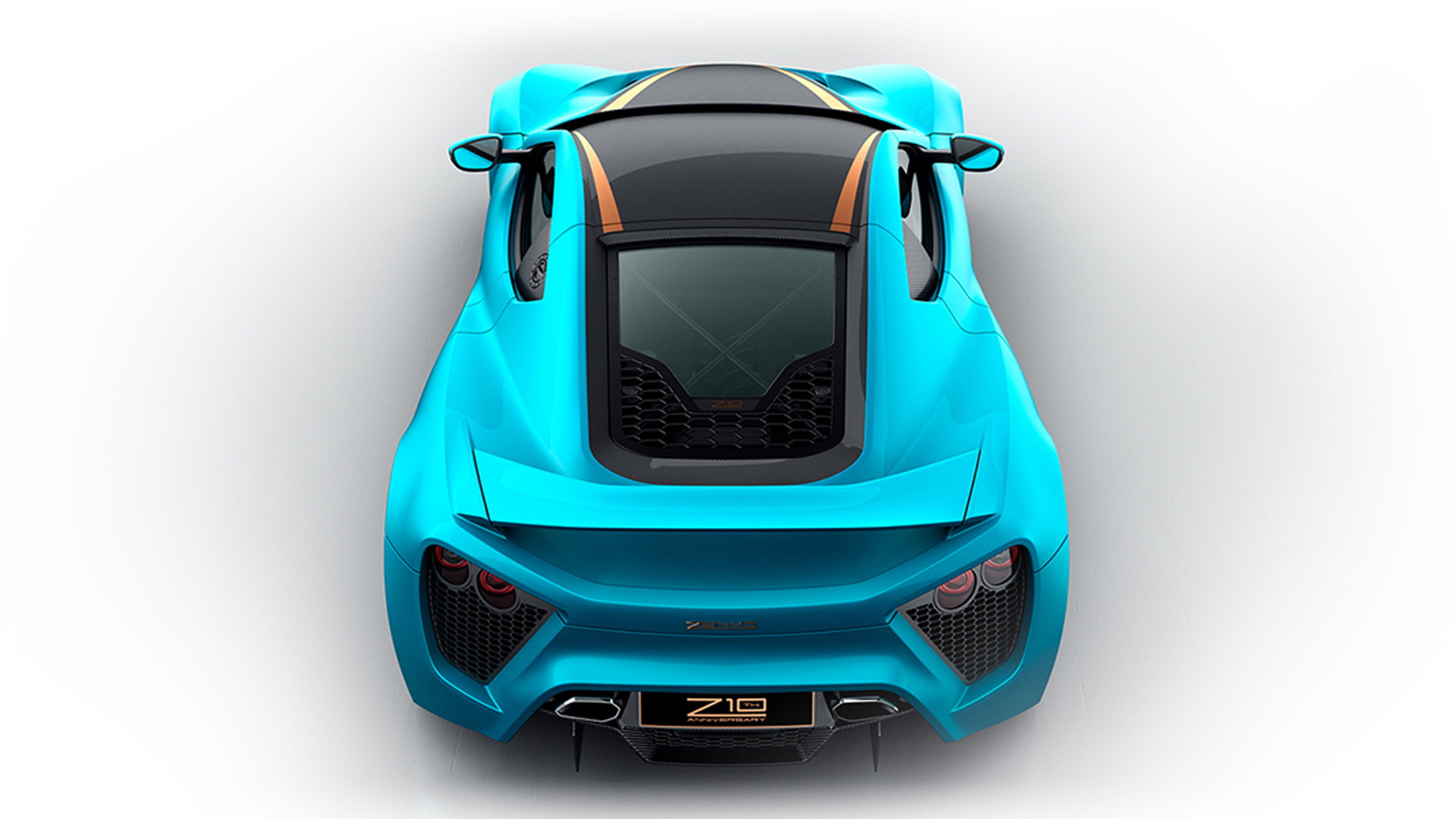 Zenvo has revealed its new TS1 GT supercar ahead of the formal debut next week at the 2017 Geneva auto show. The car was shown as a prototype at last year’s show and has since undergone a grueling test program to get it ready for production.

The version headed to Geneva is a special 10th anniversary model nicknamed Sleipnir (pronounced “sleep-near”), the name coming from the mythical eight-legged horse ridden by the Norse god Odin. The nickname is reference to Zenvo’s Danish background as well as the mighty eight-cylinder engine powering the car. The car also gets a unique paint finish called Fjord Blue.

All TS1 GTs will feature a 5.8-liter V-8 equipped with two superchargers to deliver an impressive 1,163 horsepower and 811 pound-feet of torque. The mighty motor boasts a flat plane crank, dry sump lubrication and a carbon fiber intake, and is said to deliver instant throttle response and a wide torque curve.

Drive is to the rear wheels via a paddle-shifted 7-speed sequential transmission of Zenvo’s own design, plus a limited-slip differential. Double wishbones with adjustable racing shocks make up the suspension and attached at each corner are center-locked forged aluminum wheels shod with Michelin Pilot Sport 4S tires  and housing massive carbon-ceramic brake rotors.

It should be noted that the TS1 GT is not an all-new model as it’s an evolution of Zenvo’s first car, the ST1. However, almost all of the components including the engine have been redesigned and an extensive testing program undertaken to get the car ready for production. The program included lengthy track sessions as well as winter tests at the Arctic Circle.

Zenvo is also developing a track-focused version of the car (shown above). Dubbed the TSR, it will differ primarily via an aggressive aerodynamics package. Its punishing development at the track has benefited the TS1 GT as many of the parts are common between the cars, and the TSR to be displayed in Geneva is Zenvo’s test example with over 60,000 miles on the clock. To prove its durability, Zenvo will be driving the car to the show.

“The TS1 GT or TSR may be highly powerful thoroughbreds and we don’t expect our owners to leave their cars outside overnight in -30 degrees or drive it on a dirty German autobahn in February,” Zenvo R&D boss Troels Vollertsen said in a statement. "But they might so we have to test it."

Vollertsen said Zenvo also has a surprise in store for the Geneva auto show. We’ll find out just what the company is planning soon as the show opens its doors on March 7. For more coverage, head to our dedicated hub.