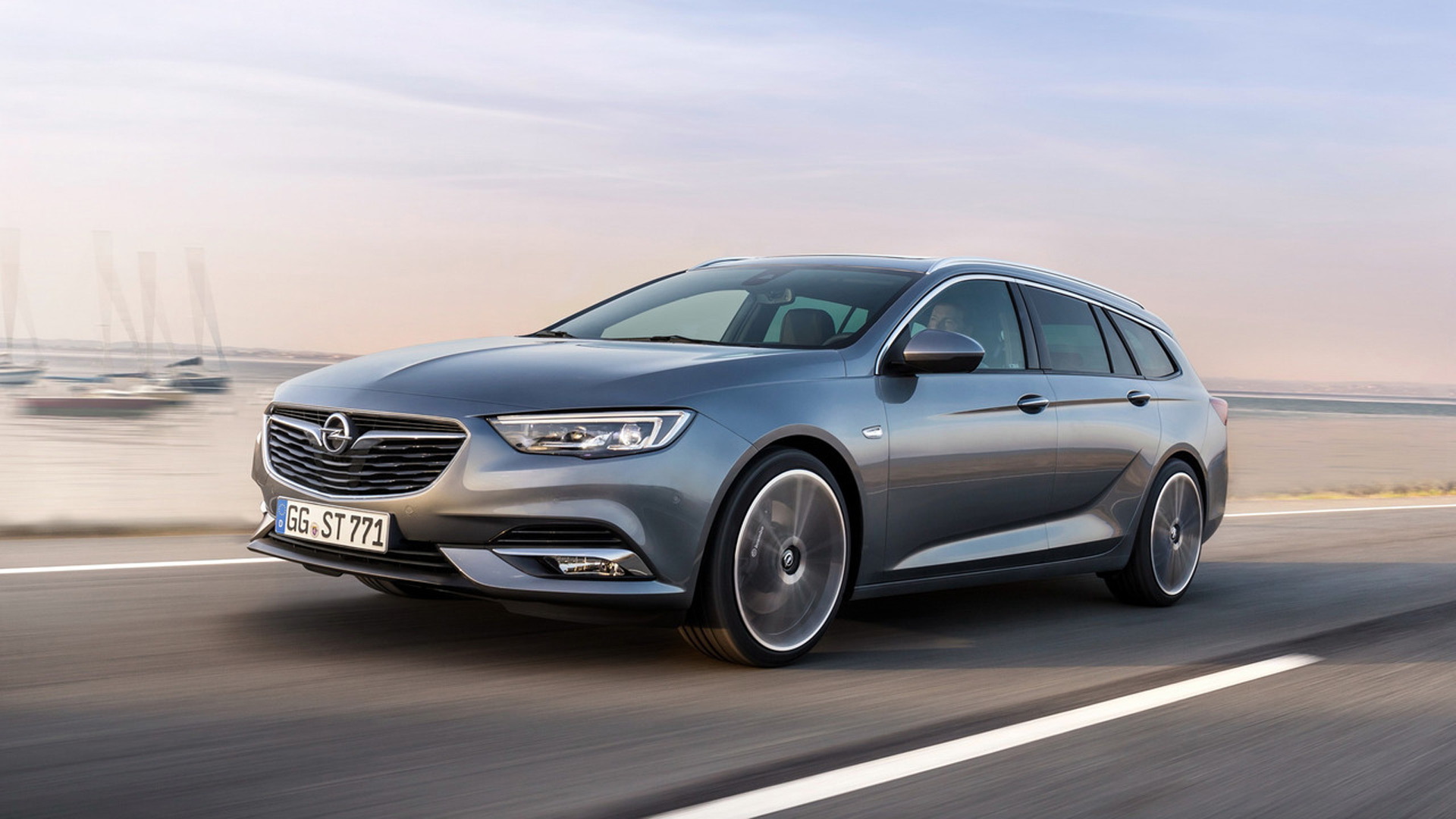 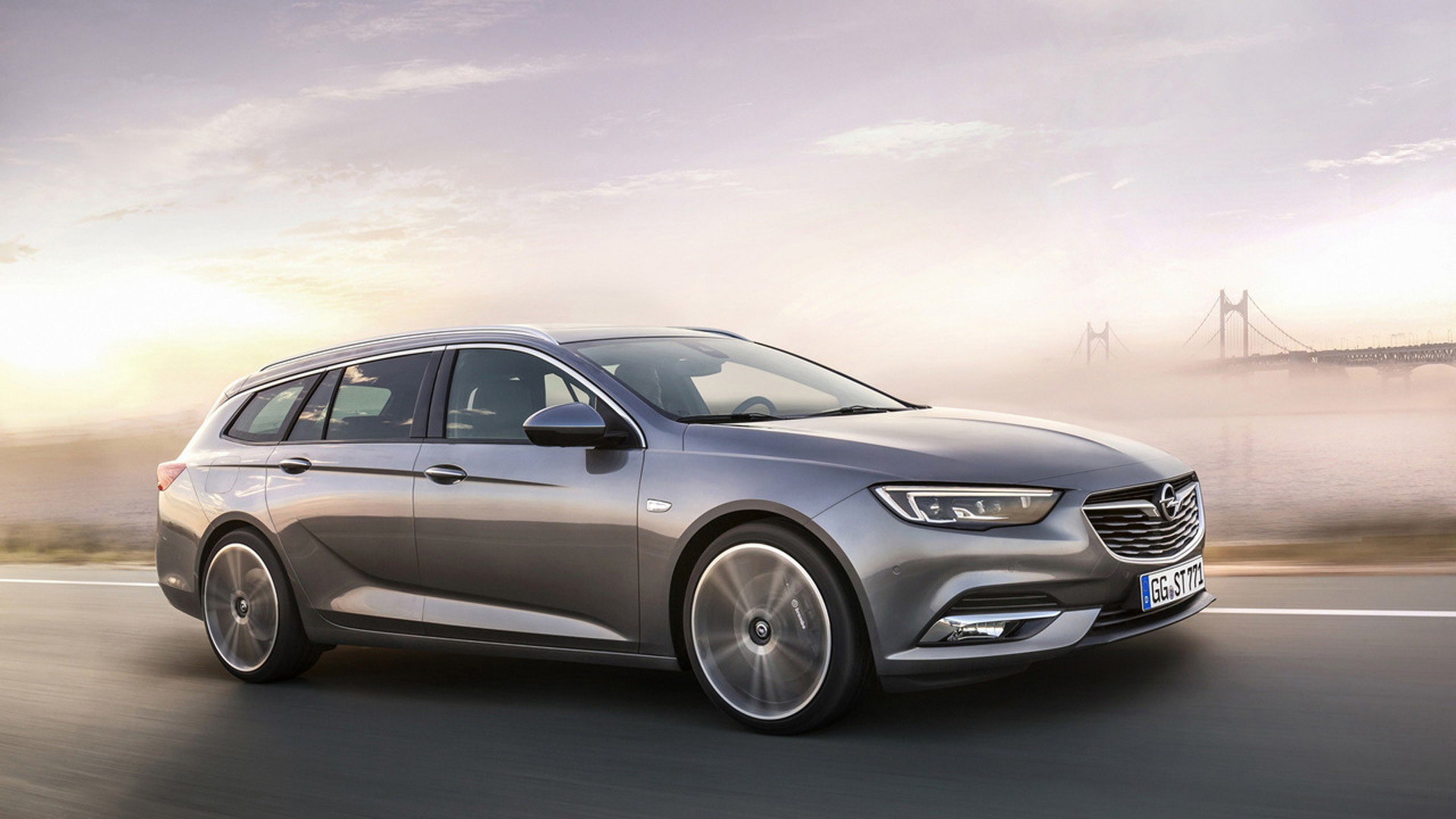 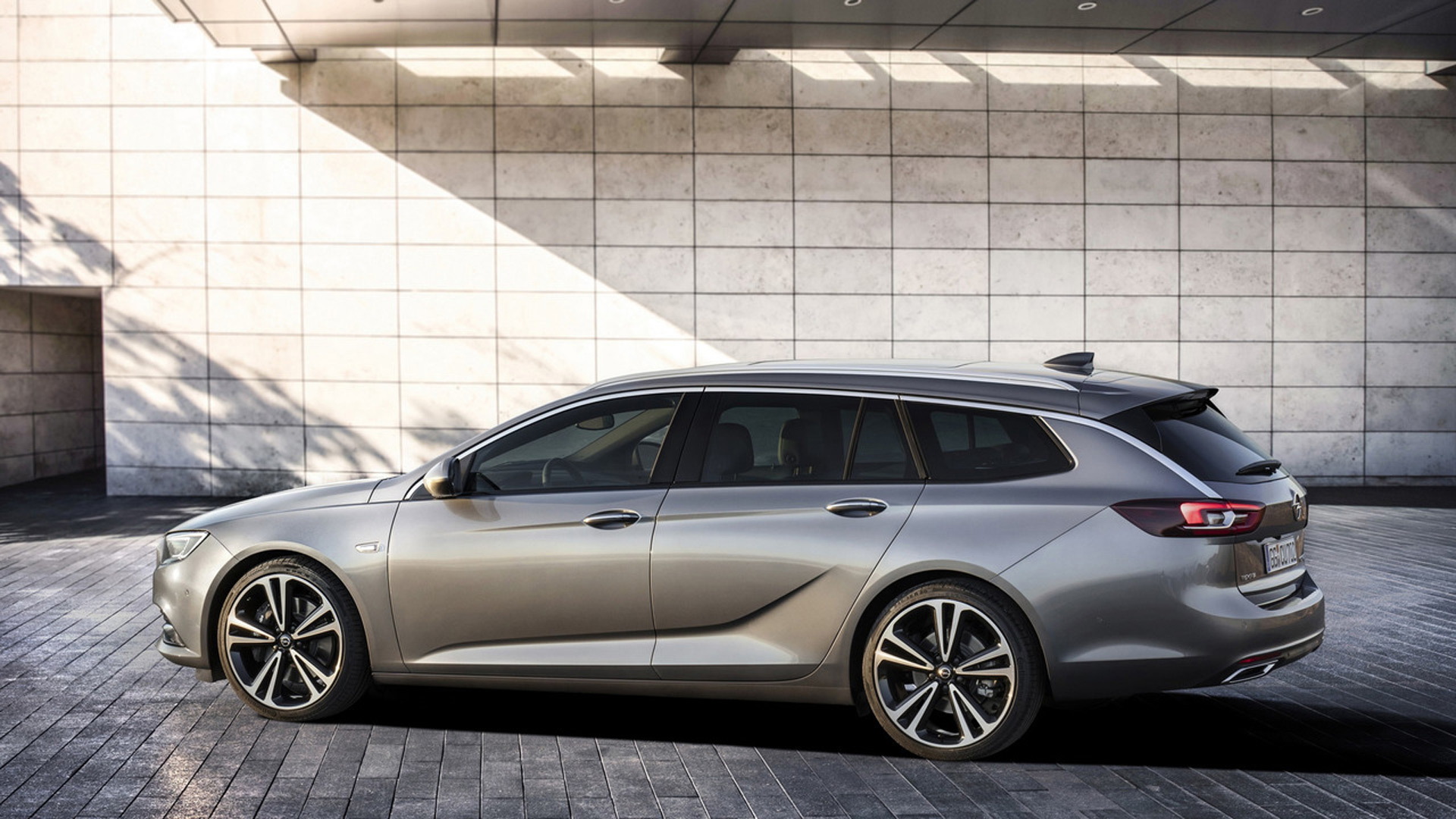 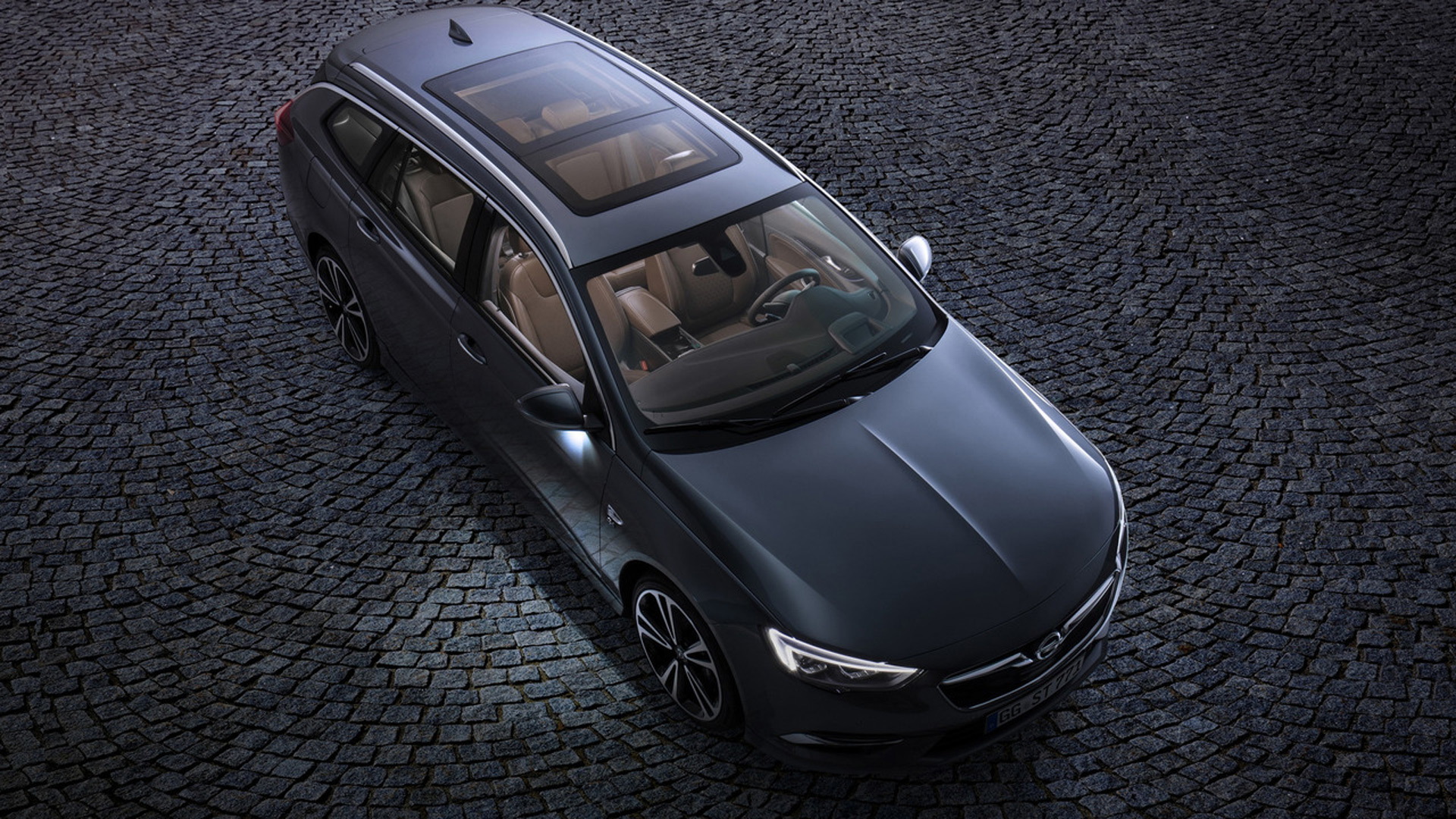 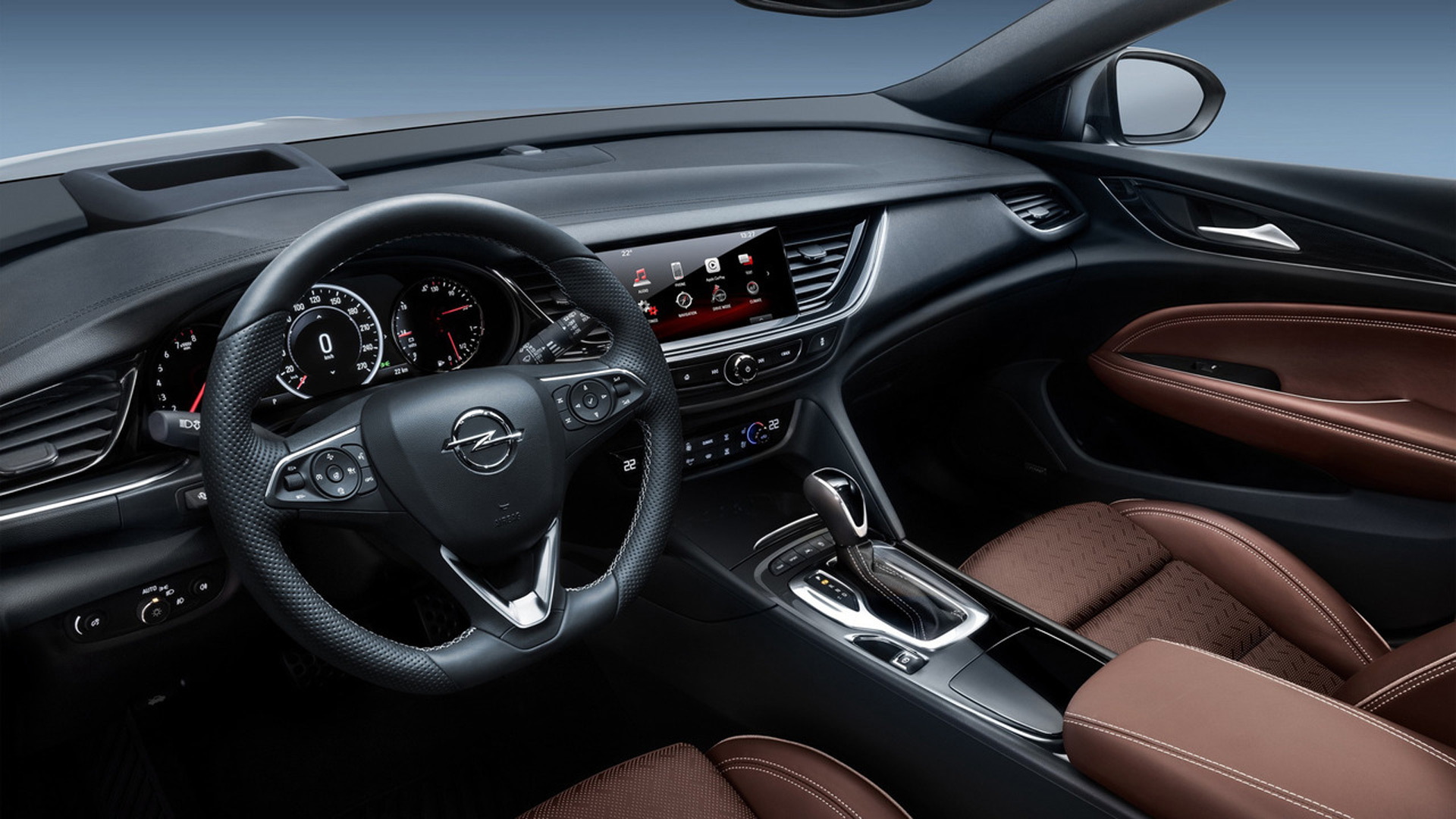 We’re already seen the redesigned Insignia in Grand Sport liftback form, and over the weekend the first photos of the car’s Insignia Sports Tourer wagon body style were released.

Underpinning the car is GM's lightweight E2XX platform that debuted in the 2016 Chevrolet Malibu. Drive is to the front wheels only in standard guise but all-wheel drive will be available. To further aid the handling, there’s a new chassis system called FlexRide that integrates adjustment of the suspension dampers, steering and throttle.

Powertrain details haven’t been released but we can expect a series of inline-4 units, in both diesel and gasoline flavors. Transmission options will include 6-speed manual and 8-speed automatic units. A turbocharged V-6 should eventually appear, perhaps reserved for a high-performance OPC model.

Compared to the outgoing Insignia Sports Tourer, at 196 inches, the redesigned model is 2.87 in longer than before. And thanks to split-folding rear seats, it has 57.84 cubic feet of storage space, or 3.88 more than before.

A third body style, a sedan, is expected to join the lineup eventually. The sedan will be sold in the United States and China as the 2018 Buick Regal. We’ve also heard that Buick might get the Insignia Sports Tourer as a new Regal Sport Wagon, though GM is keeping quiet on the topic.

Note, the handsome wagon will also be sold in Australia and New Zealand as the redesigned Holden Commodore Sportwagon starting in 2018. It will join the Insignia Grand Sport which late last year was named as the replacement for the current Holden Commodore sedan.

The redesigned Insignia Grand Sport and Insignia Sports Tourer will be shown for the first time at the 2017 Geneva auto show which starts March 7. For more coverage, head to our dedicated hub.