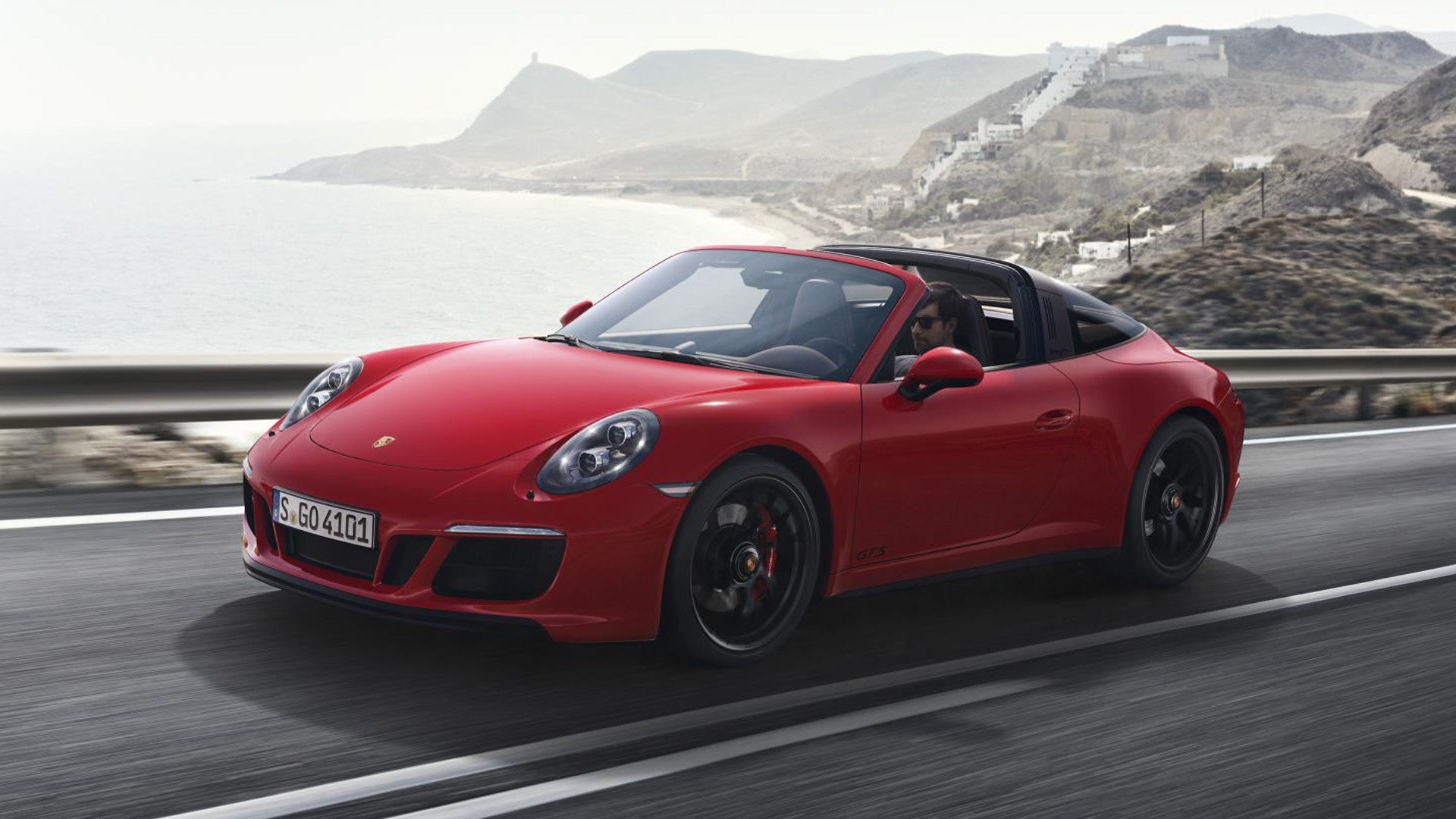 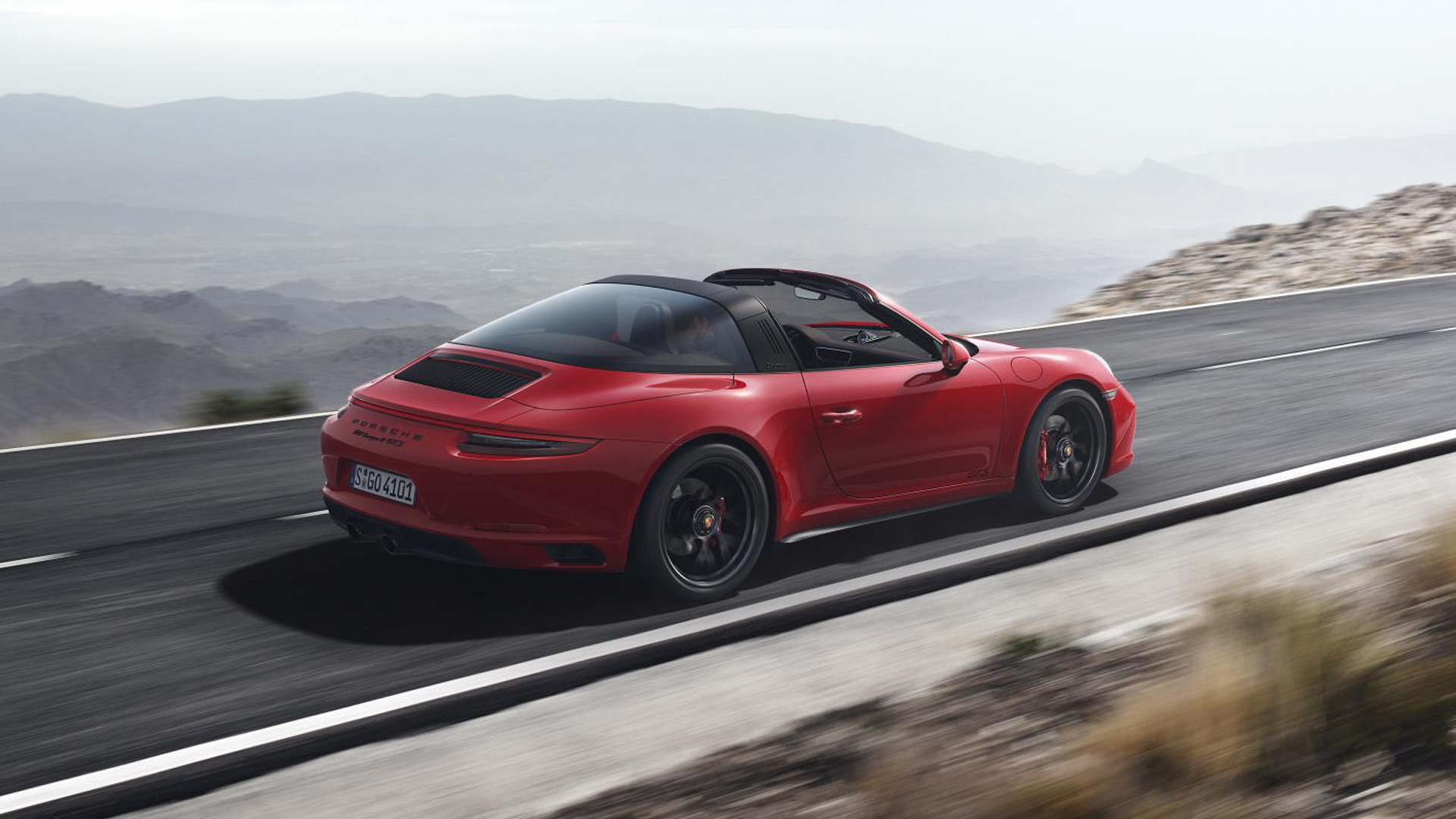 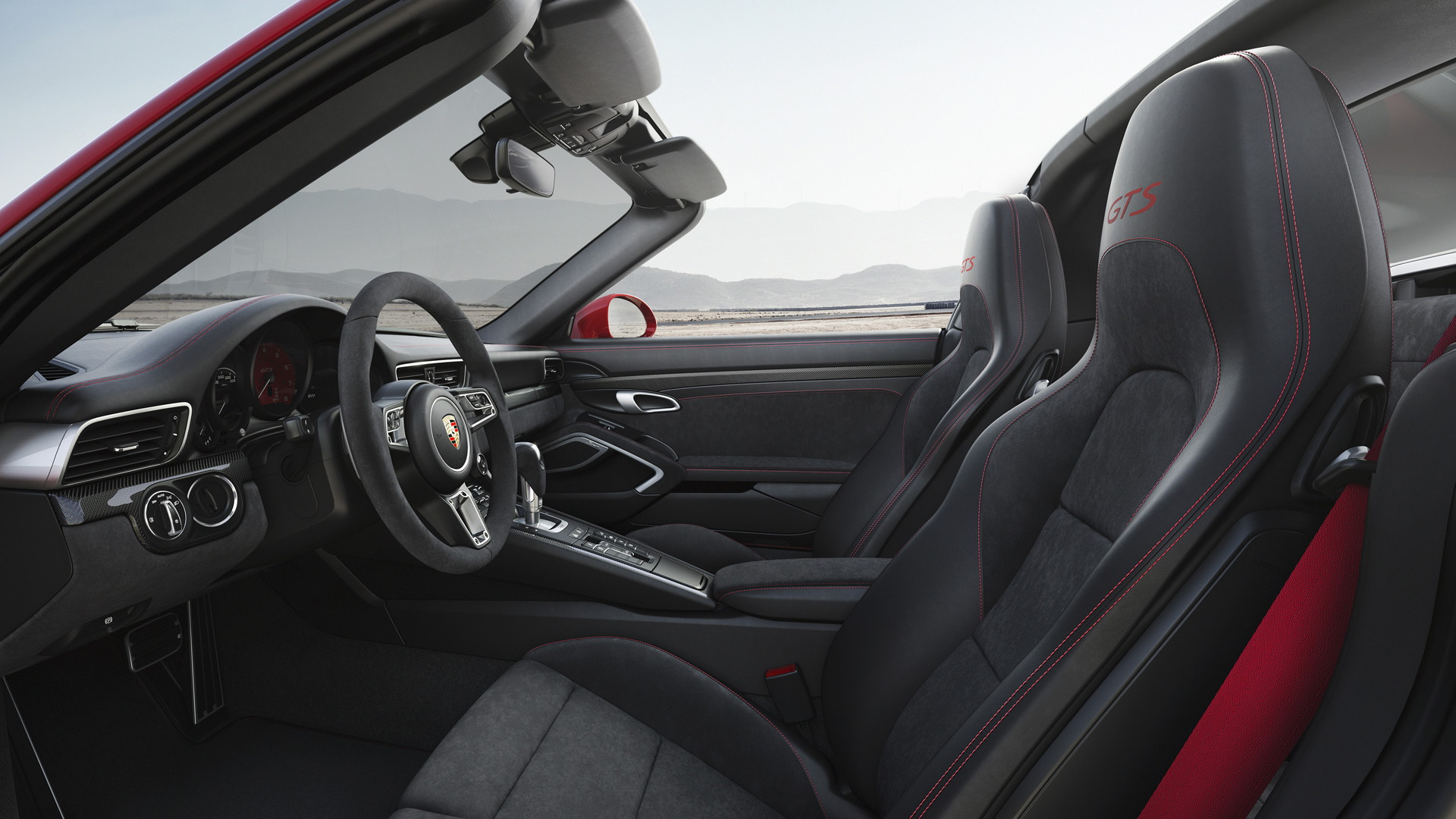 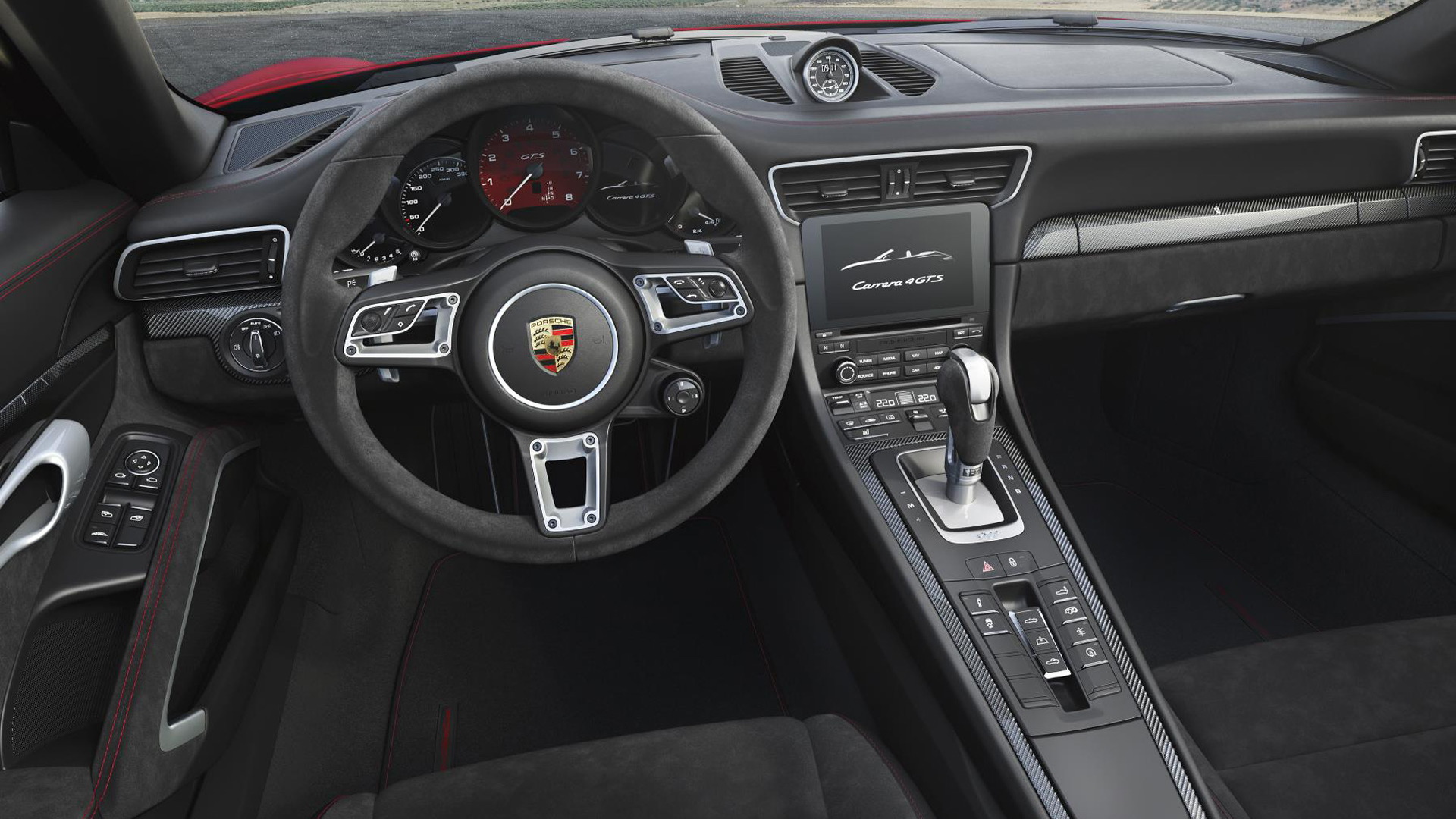 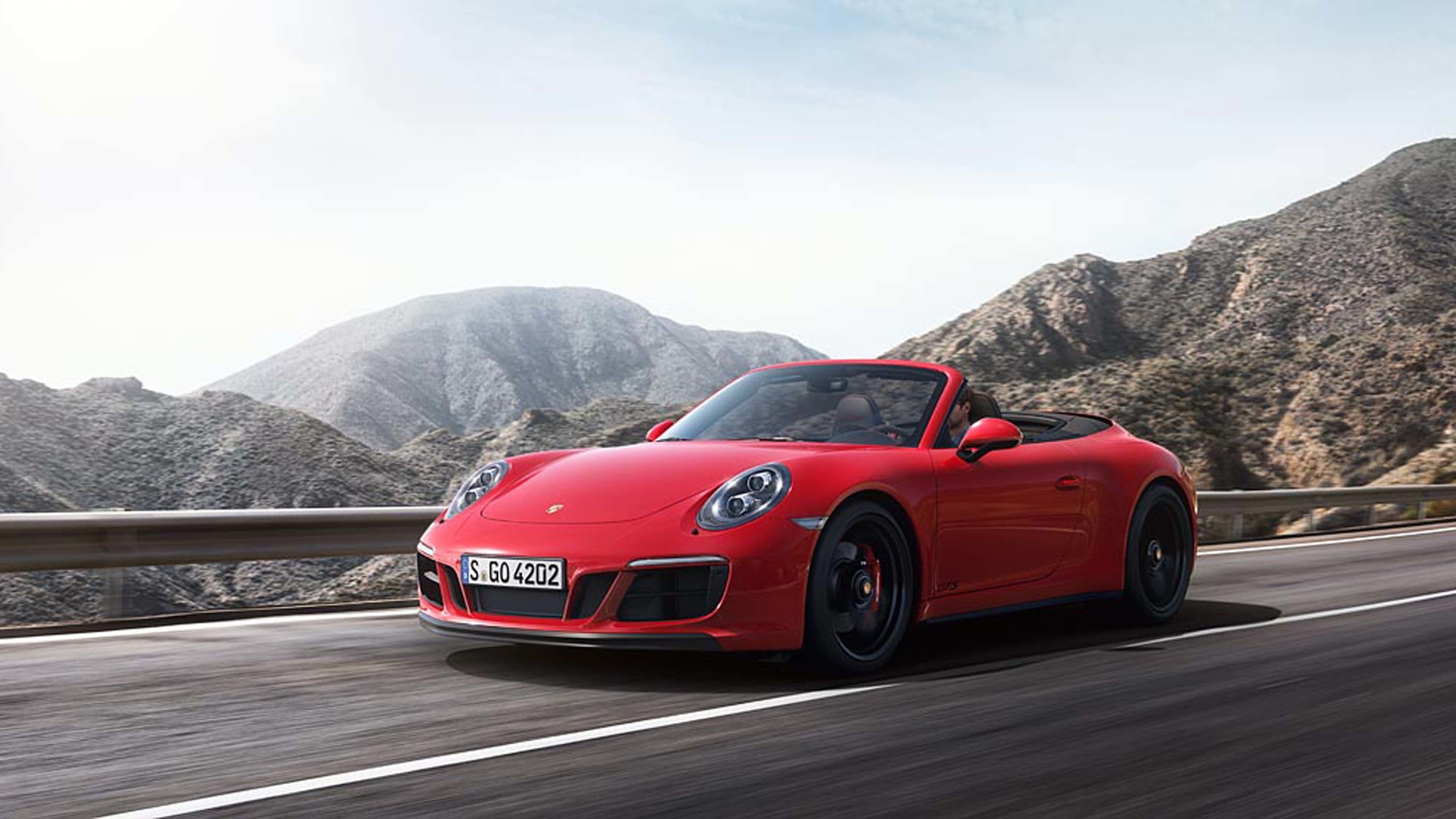 Porsche has both expanded and updated its 911 Carrera GTS lineup for 2017. Following tradition, the GTS is both more powerful and sharper-handling than the standard 911 Carrera S, but the big news here is that there's now a Targa version on offer.

That inclusion expands the 911's Carrera GTS offerings to five available configurations: rear-wheel-drive versions of the coupe and Cabriolet, plus all-wheel-drive "Carrera 4" variants of the coupe, Cabriolet, and Targa—the latter of which includes a cloth partial roof that stows away at the press of a button.

Porsche has priced the lineup from $120,050, including a mandatory $1,050 destination charge. Sales commence in April.

The latest Carrera GTS features a 30-horsepower boost to 450 and a 37 pound-feet of torque upgrade to 405 over the Carrera S. The engine is Porsche's new twin-turbocharged 3.0-liter flat-six. It'll be available with a choice of 7-speed manual or dual-clutch transmissions regardless of drive wheels, a boon for enthusiasts.

All versions of include Porsche's Active Suspension Management aside from the rear-drive Carrera GTS coupe, which features PASM Sport and a ride height lowered by 0.39 inches.

A few visual cues will set the Carrera GTS lineup apart. A rear spoiler extender adds some flair and function at the rear, as it reduces lift slightly. Less functional items include a black trim strip between the tail lamps on rear-drive models and a light strip in that same place on the all-wheel-drive versions, plus unique exterior mirrors and 20-inch alloy wheels with GTS logos.

One major standout, at least stylistically, is that the Targa features a black satin finish roof bar—instead of the stainless look on other 911 Targa variants.

Inside, all Carrera GTS models come with the otherwise optional Sport Chrono package that includes a more advanced version of the Track Precision App. Special sports seats with GTS logos are onboard and they, plus the car's steering wheel, are covered in leather and synthetic suede.