Mercedes AMG’s Nico Rosberg was crowned the 2016 Formula One world champion after a nail-biting finish to the Abu Dhabi Grand Prix on Sunday.

Teammate Lewis Hamilton comfortably won the race, having led from pole, but Rosberg only needed to finish third to win the title. In the end the German crossed the line second 0.439 seconds behind the Briton to secure the second title in his family. (Rosberg’s father Keke Rosberg took home the title in 1982.)

There was plenty of drama throughout the race, something Rosberg said he would never like to experience again. Towards the end in particular, Hamilton, chasing his fourth world championship, started to slow, despite team orders to speed up so that drivers further back in the field couldn’t catch up and threaten the trailing Rosberg. Of most concern was Ferrari’s [NYSE:RACE] Sebastian Vettel on fresher tires who was getting dangerously close, and also Red Bull Racing’s Max Verstappen.

Fortunately Rosberg managed to keep his cool and blocked either driver from passing him. Vettel would cross the line just 0.843 seconds behind Hamilton and Verstappen 1.685 seconds back. It was the closest finish of the season.

“I hope I don’t experience that again any time soon,” Rosberg said after the race. “The battle with Max, the pressure at the end, Lewis driving slow—the feelings during that were just unreal.” 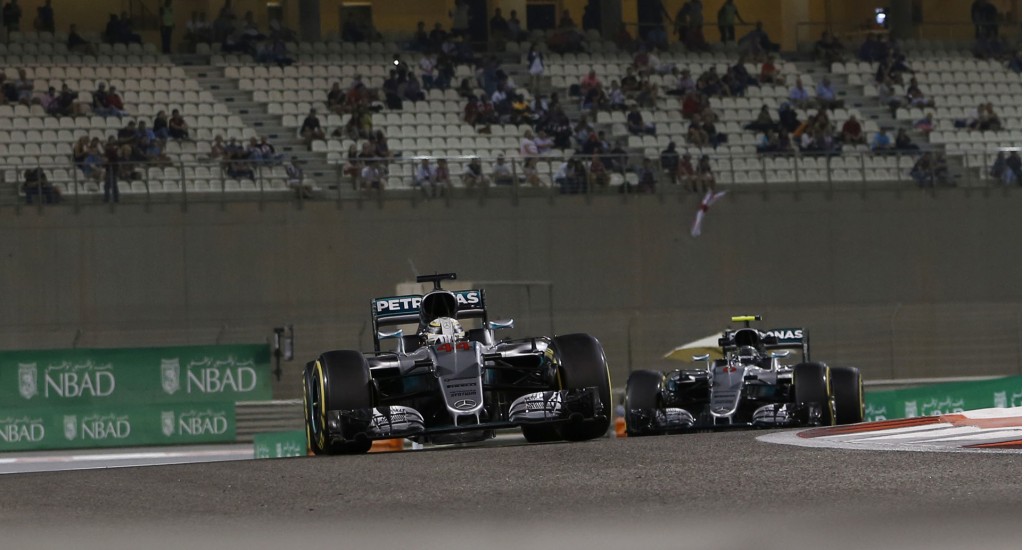 Rosberg has finished runner-up to Hamilton in the past three seasons though in 2016 the stars finally aligned for him, even with tension between the two drivers erupting in some exciting battles on the track. Just five points separated the two drivers in the end.

Rosberg is only the third German to win an F1 title, following in the footsteps of Michael Schumacher and Sebastian Vettel. (Rosberg’s father raced under the Finnish flag for his own title.)

Further back, Red Bull’s other driver Daniel Ricciardo followed his teammate home in fifth, with Ferrari's other man Kimi Räikkönen taking sixth ahead of Force India duo Nico Hulkenberg and Sergio Perez. Williams’ Felipe Massa, in his final F1 race, finished ninth, while McLaren’s Fernando Alonso rounded out the top ten. Another top driver likely to have raced in F1 for the last time is Jenson Button, who is stepping down from his McLaren seat but has an option to return in 2018. He was forced to retire from Sunday's race after just 14 laps due to suspension trouble.

Hit the next page for the full results of the 2016 Formula One Abu Dhabi Grand Prix. 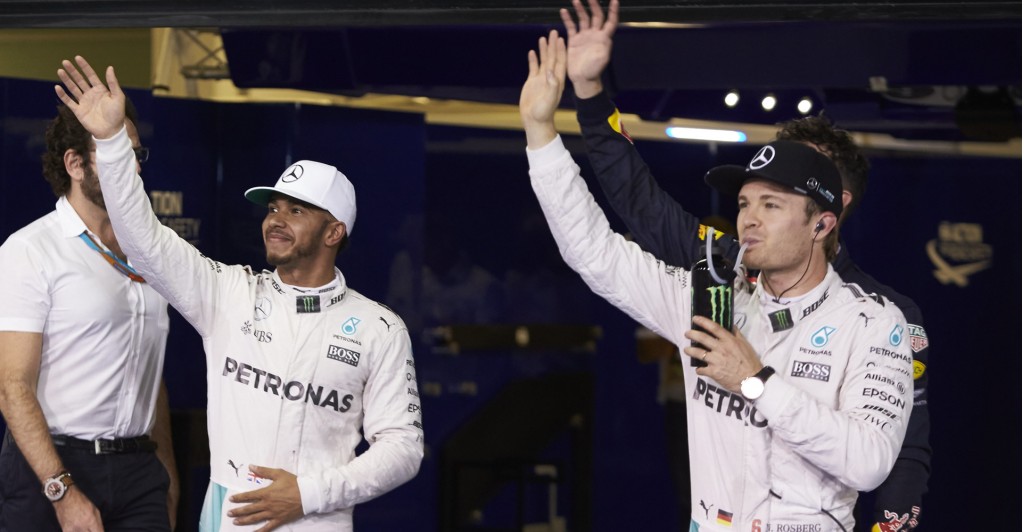 Below are the full results for the 2016 Formula One Abu Dhabi Grand Prix: