The drivers of the number 2 Porsche 919 Hybrid Romain Dumas, Marc Lieb and Neel Jani have been declared the champions of the 2016 World Endurance Championship, with the battle for the Drivers’ title coming down to the final race in Bahrain on Saturday. Porsche was already named the winner of the Manufacturers’ title a fortnight ago in Shanghai, edging out Audi in second and Toyota in third.

It was a bittersweet moment for both Porsche and Audi. Porsche is losing Mark Webber who at the conclusion of the 2016 season is officially retired from motorsport. Webber together with teammates Timo Bernhard and Brendon Hartley won the Drivers’ title in 2015. They could only finish fourth in 2016, ending the season—and Webber’s career—with a hard-fought third place in the final race in Bahrain.

The conclusion of the 2016 season of the WEC also marked the end of Audi’s 18 years of prototype competition. The brand with the four rings is going out on a high note, though, having won the final race in Bahrain thanks to the efforts of Lucas Di Grassi, Loïc Duval and Oliver Jarvis in the number 8 R18 e-tron. The trio came second in Drivers’ championship. 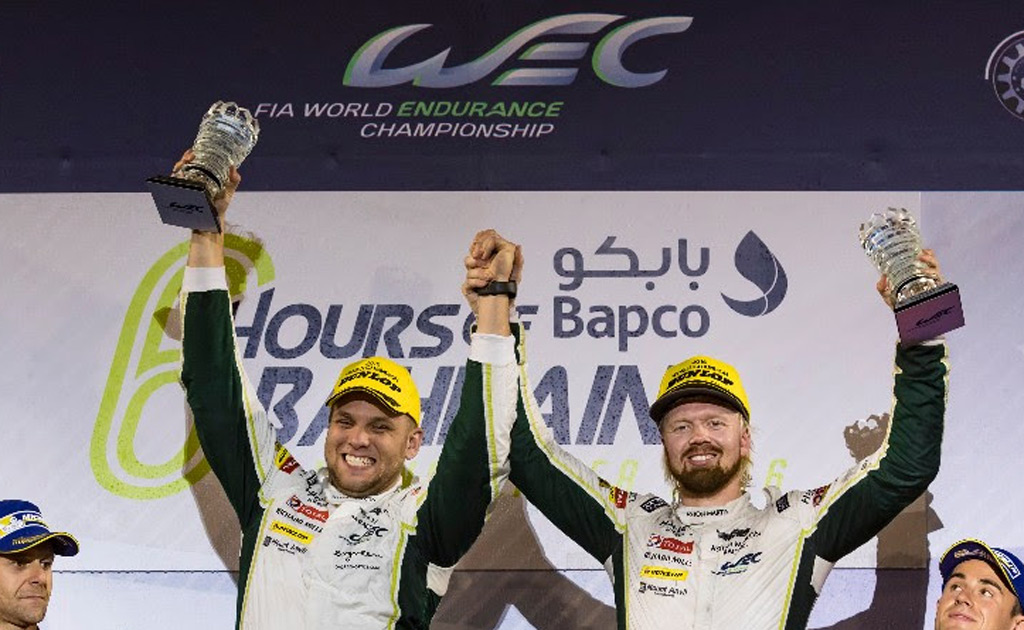 And in the Manufacturers’ championship for the GTE Pro class, Ferrari took home the title. Aston Martin was second and Ford Motor Company [NYSE:F] third.