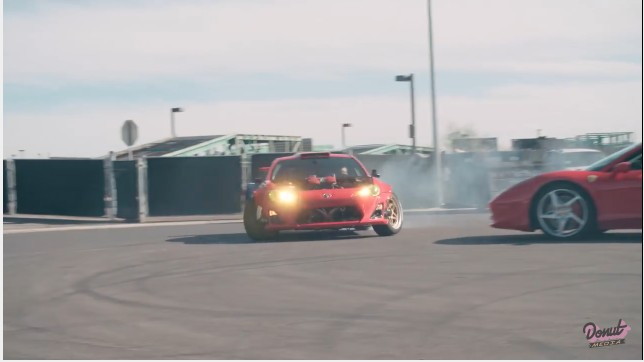 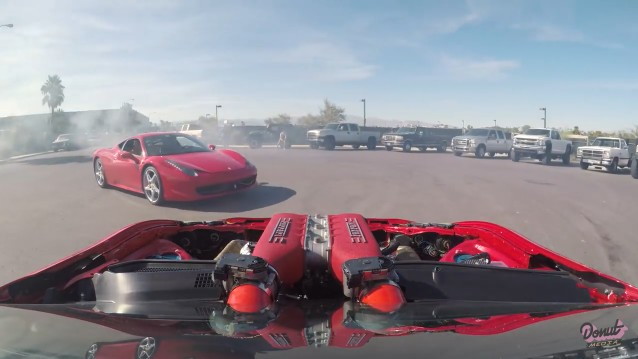 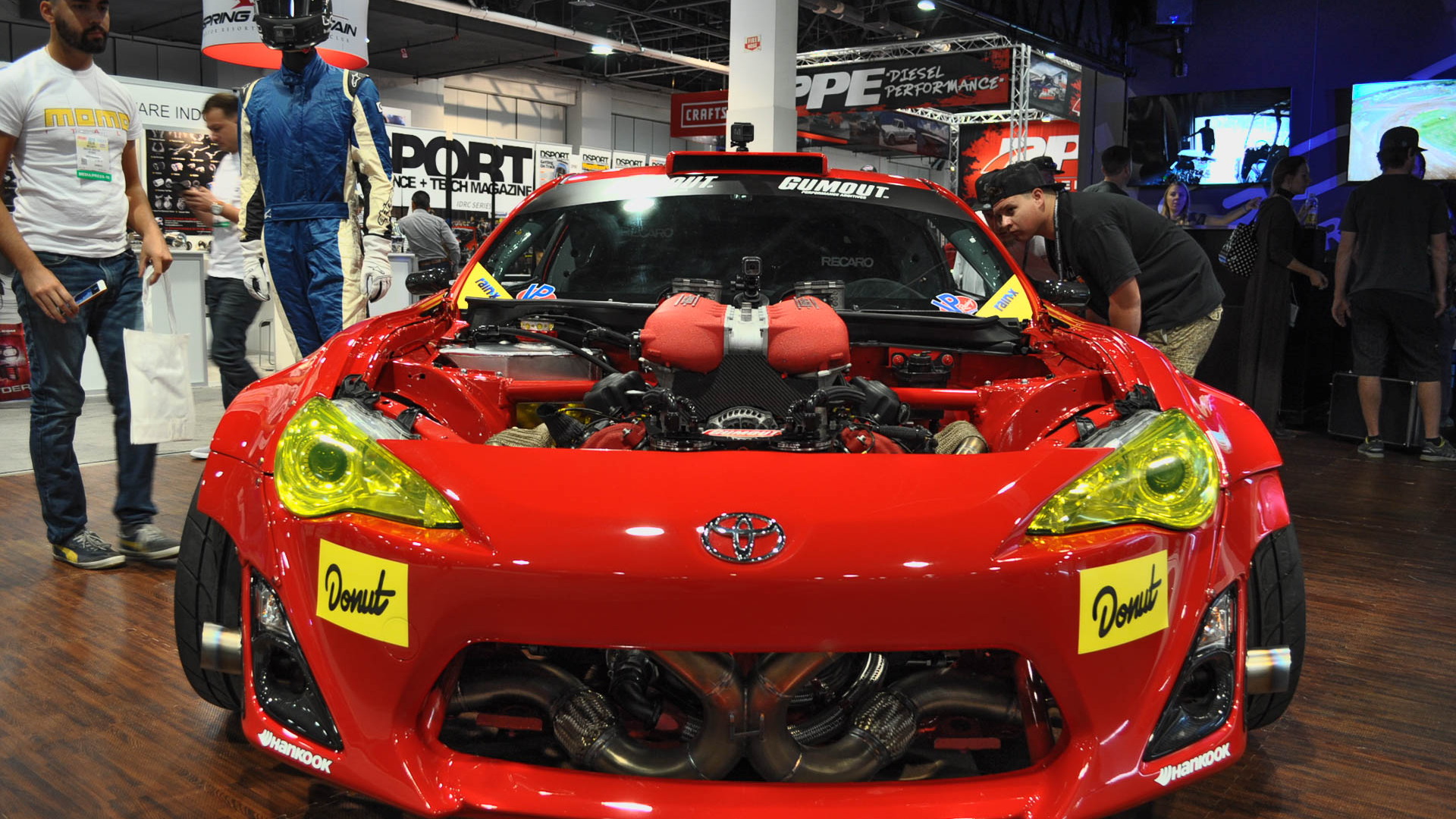 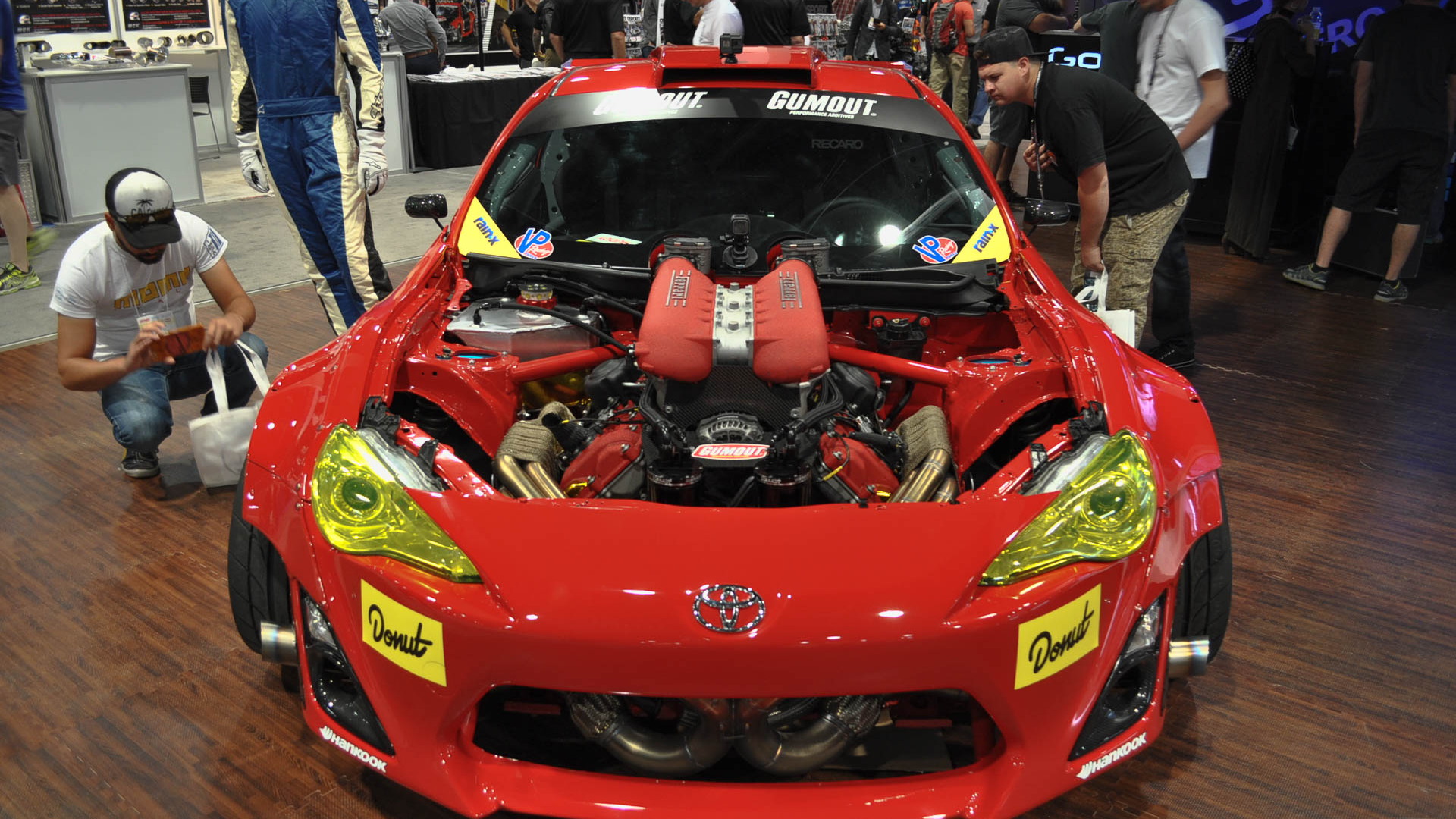 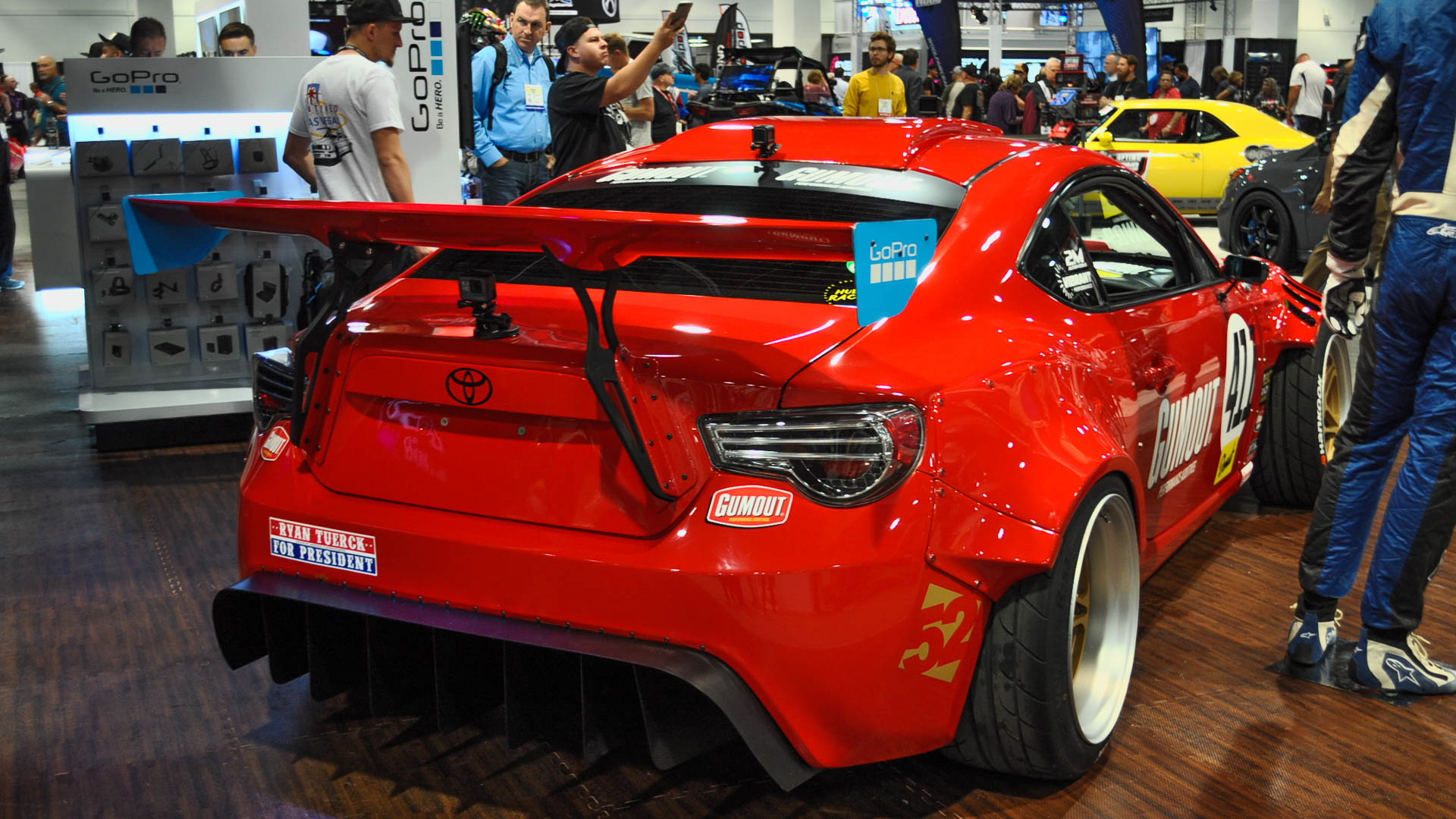 The Ferrari-powered Toyota 86 from the imagination of Ryan Tuerck finally made its public debut at SEMA this past week. Before that? It was doing donuts around a Ferrari 458 Italia.

It sounds wicked. It looks wicked (trust us, we poked around it at SEMA this week). It's basically the definition of ridiculous.

It's possible to drift the 86 with its stock 205-horsepower 2.0-liter flat-4 under the hood. The 4.5-liter V-8 produces 570 horsepower. For those doing the math, that's about triple what the car originally had. That's bonkers, folks, and it makes drifting a lot easier, though it likely makes handling this beast almost impossible.

Clearly it can destroy a set of tires and go sideways with ease.

Ryan, feel free to call us. We'd love to take a spin behind the wheel, for science, of course.