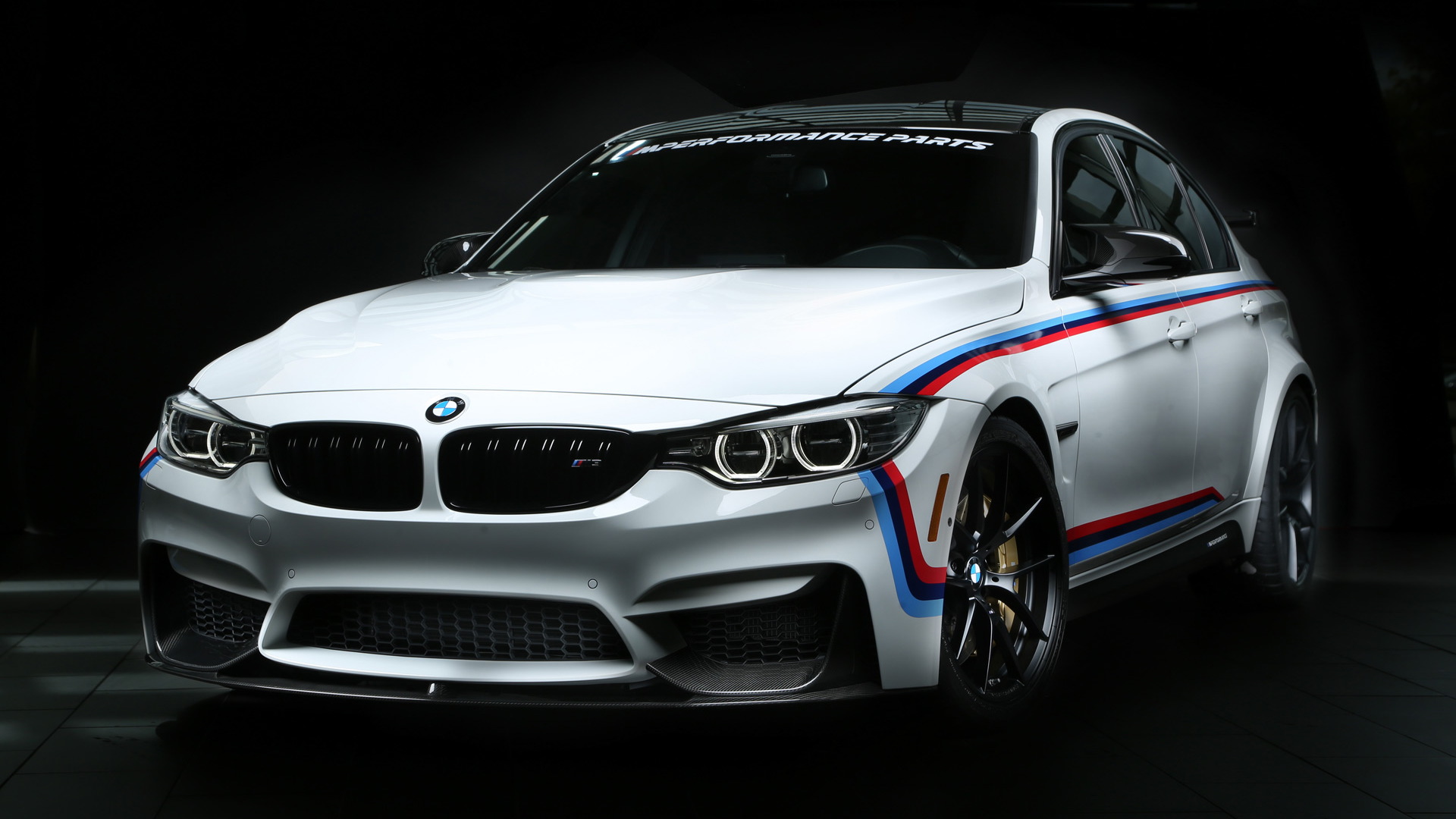 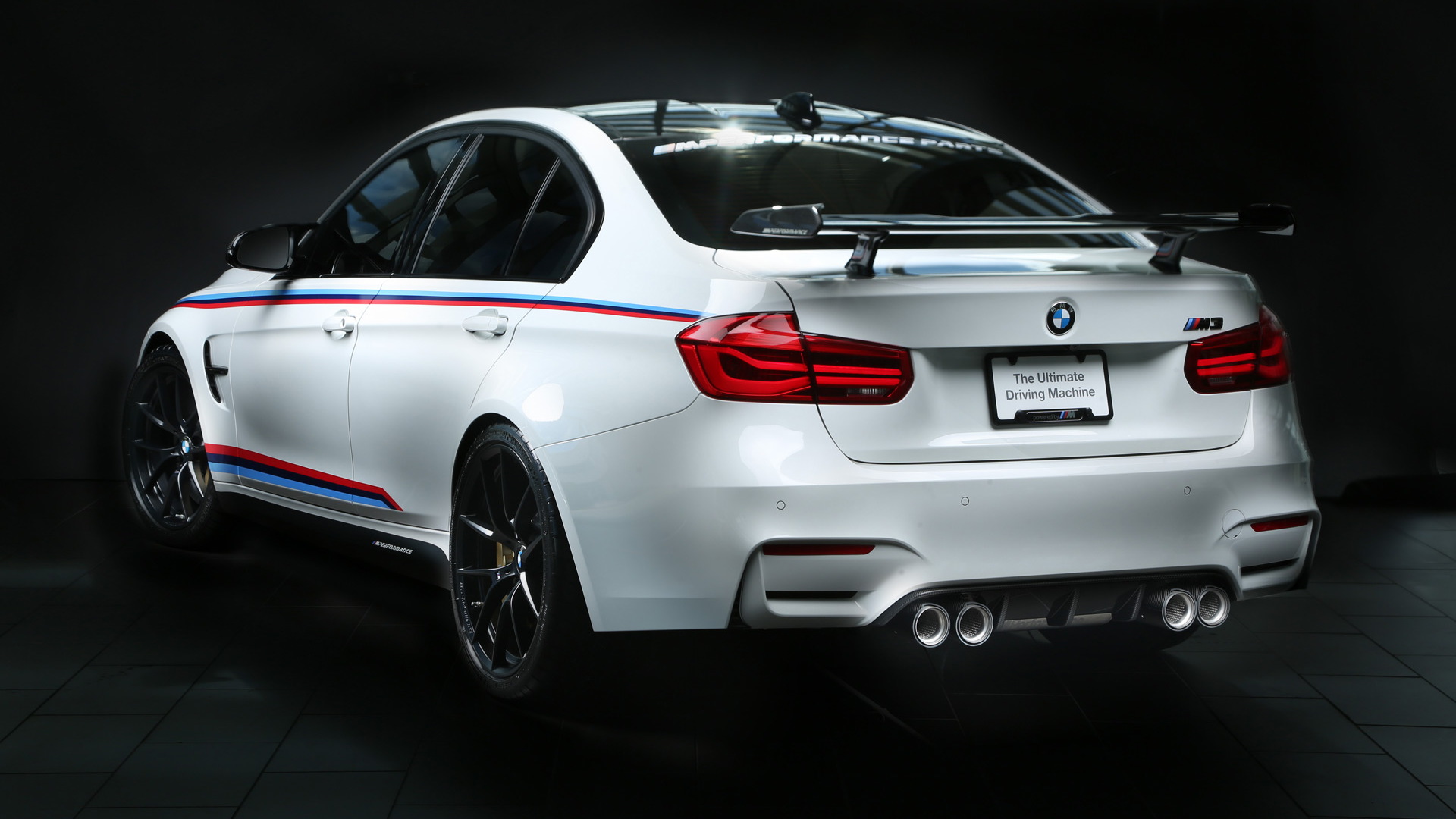 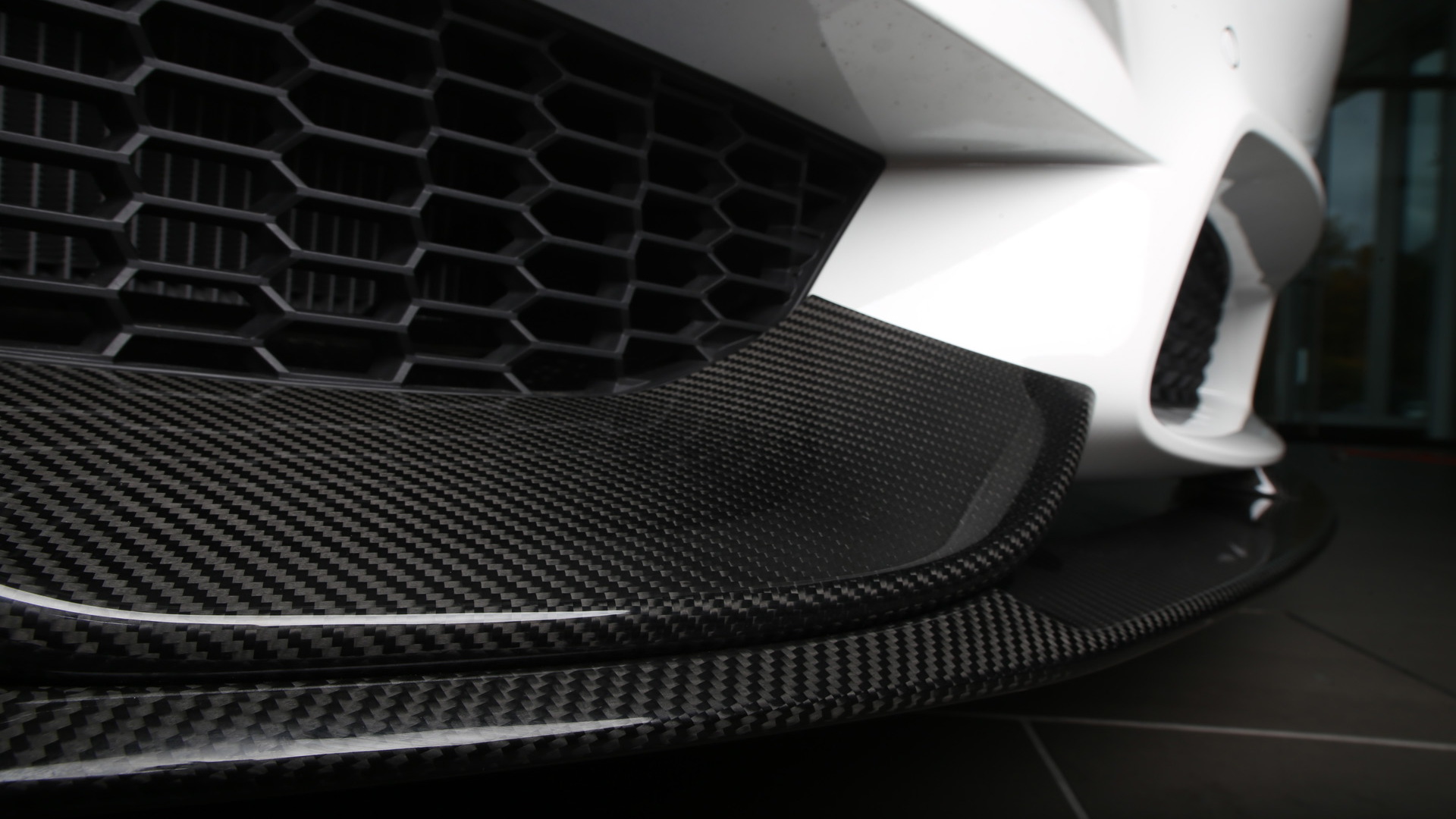 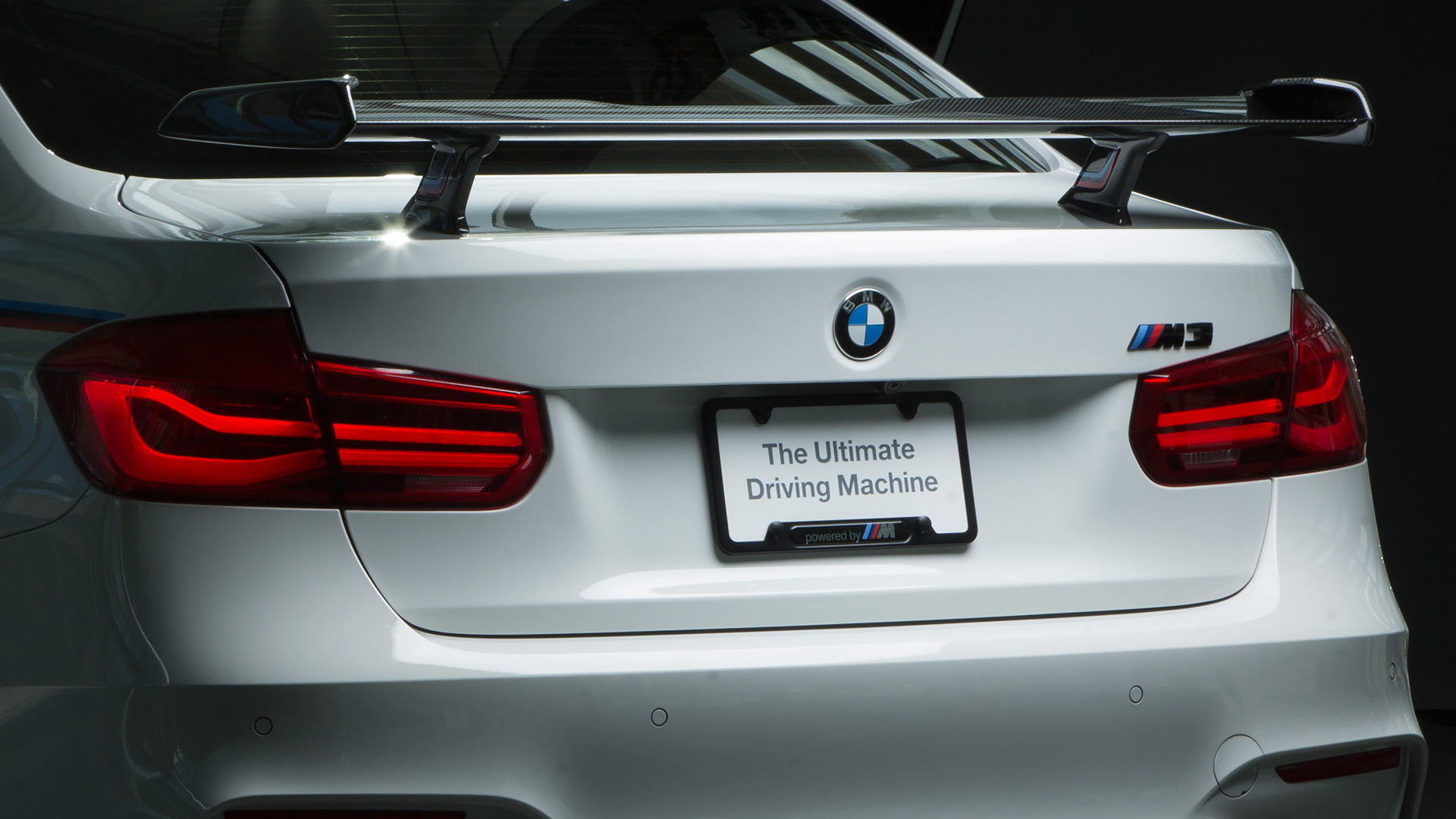 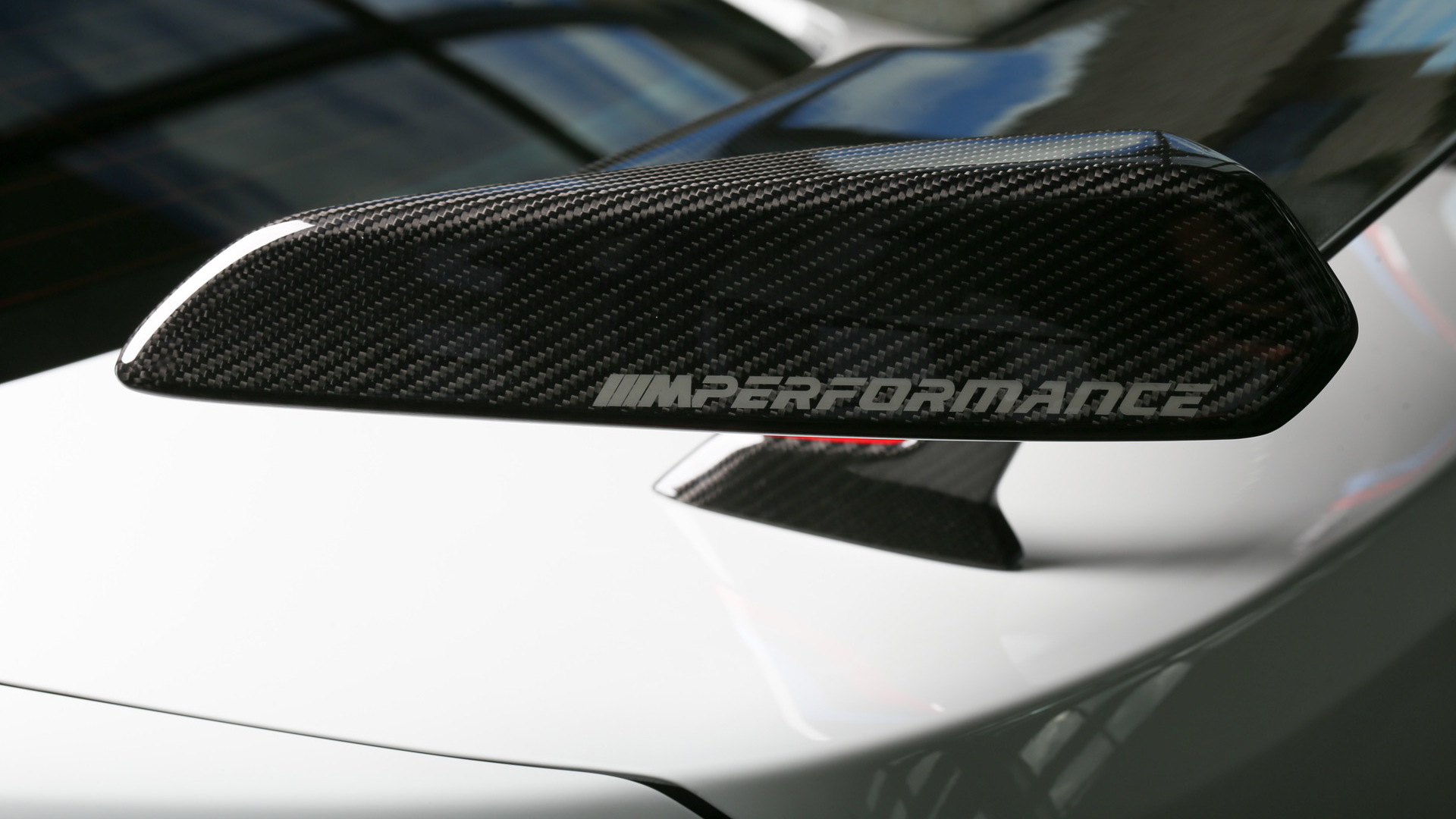 The German automakers aren’t regulars at the annual SEMA tuning fest in Las Vegas but the tide is turning as BMW has been showing up in recent years to present the latest wares from its M Performance catalog. BMW even used 2015’s show to mark the North American debut of its M2.

For 2016, it’s the M3 and M4 getting most of the attention. The highlight is an aerodynamics package for the M3 sports sedan. The package includes a rear wing that’s composed completely from carbon fiber, including its side sections and support brackets.

BMW will also present new coilover suspension for the M3 and M4, plus a new light alloy wheel also designed for the M3 and M4 as well as the M2. The suspension allows the driver to lower the vehicle’s ride height between 5 and 20 millimeters via the adjustable spring plate, effectively lowering the center of gravity of the car.

There will also be some engine upgrades. New to the North American market is something called the M Performance Power & Sound Kit. It’s designed for the 340i and 440i (including xDrive versions) and ups the power while improving the exhaust note via an ECU tune and electronically-controlled exhaust valve.

With the kit, the turbocharged 3.0-liter inline-6 of the 340i and 440i delivers 355 horsepower and 369 pound-feet of torque, up 35 hp and 39 lb-ft. The result is faster engine response as well as noticeably improved acceleration across the entire engine speed range, enabling a 0-60 mph sprint 0.2 seconds quicker than stock.

The final item worth a mention is a remote engine starter and climate control system. With the system installed, you’ll be able to have the engine and cabin warm and toasty on those cold winter days before you step out of the house. If the car is not moved within 20 minutes, the system will automatically switch off the engine.

There will be a few other attractions on BMW’s SEMA stand. The list includes a MotoGP M2 safety car, a BMW Individual 740e xDrive iPerformance, and one of the five 3.0 CSL race cars campaigned by BMW of North America in the 1975 & ’76 IMSA Camel GT Series in Group 4 specifications.

The 2016 SEMA show runs November 1-4. For more of our coverage, head to our dedicated hub.