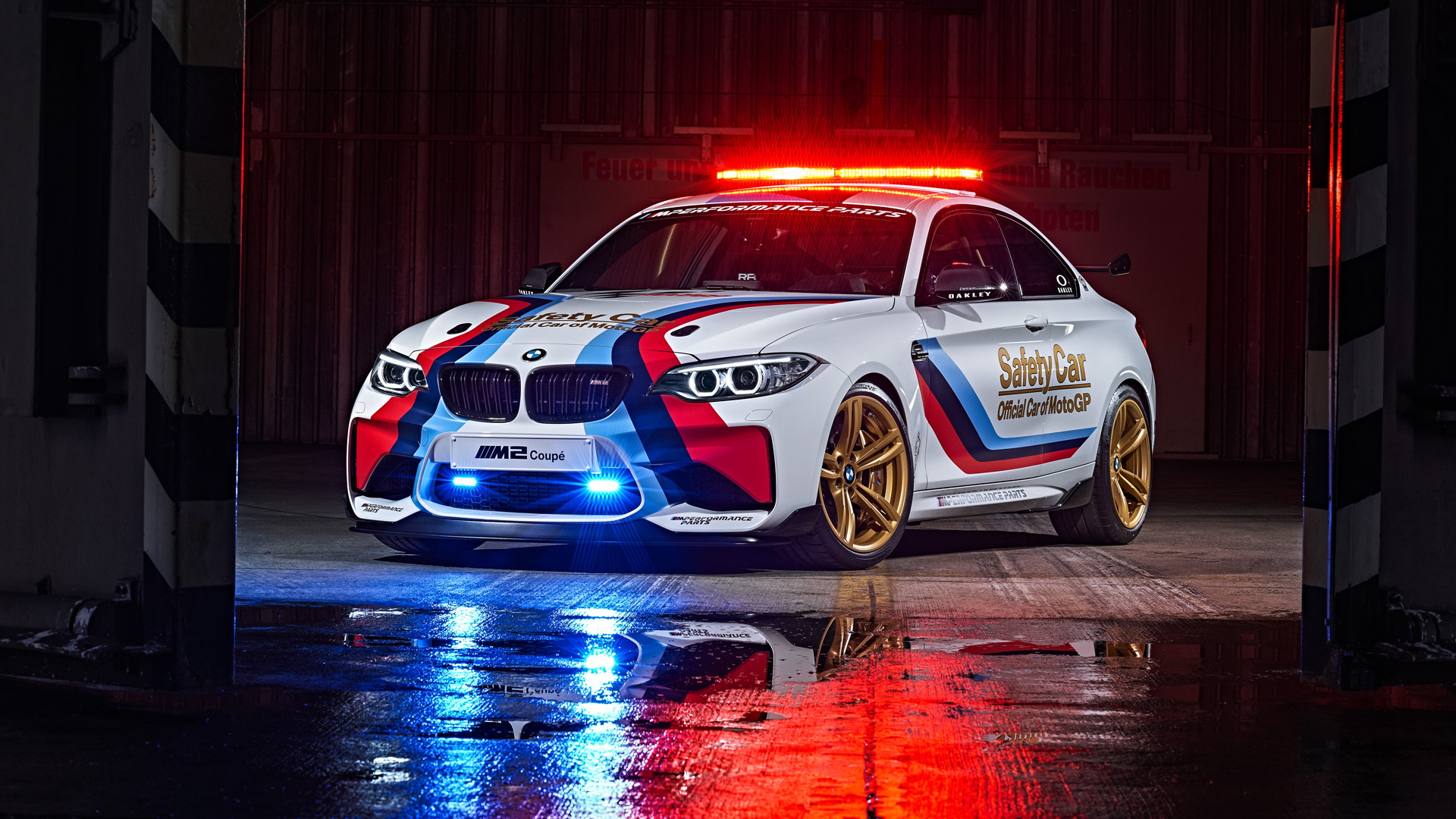 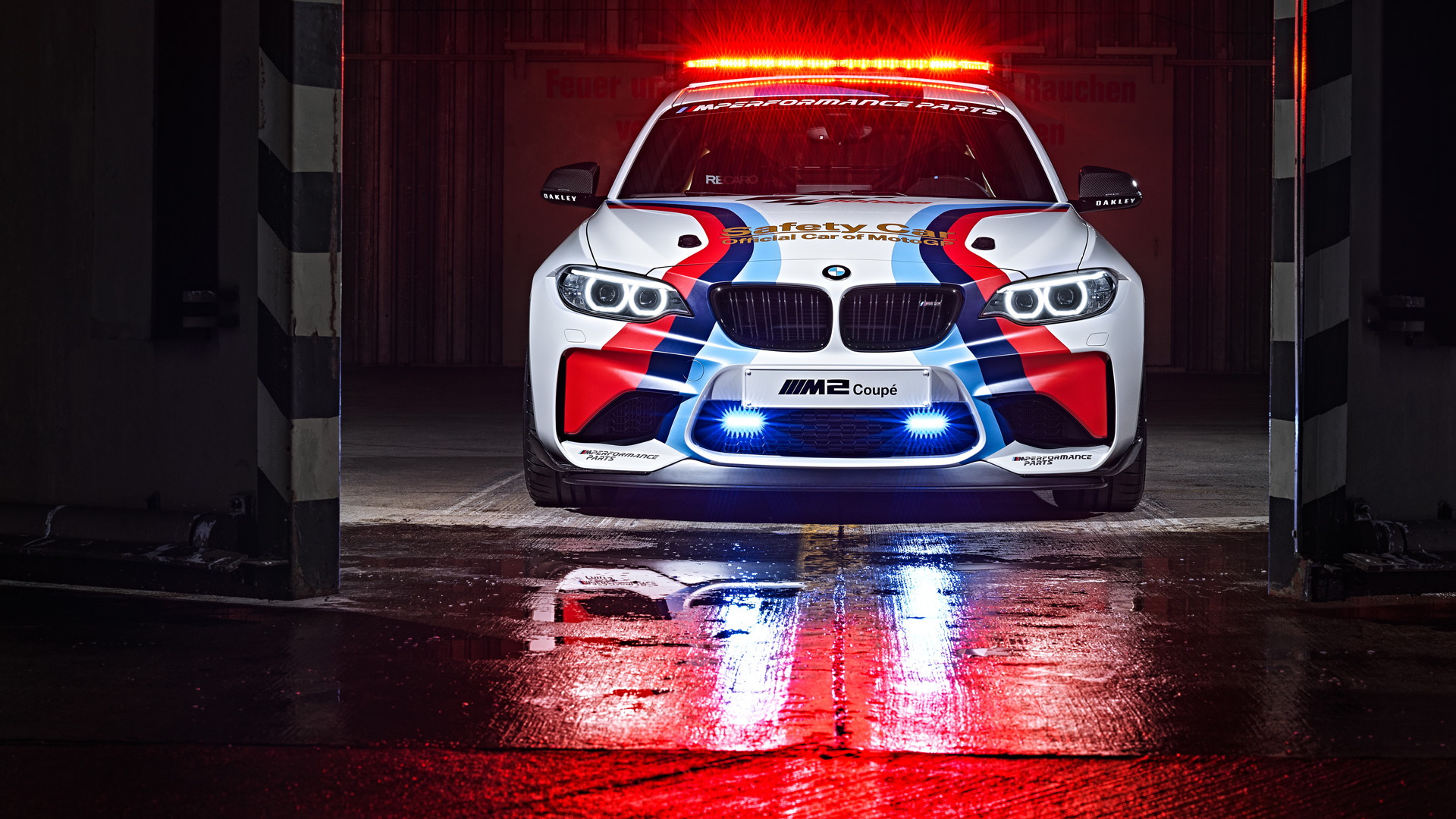 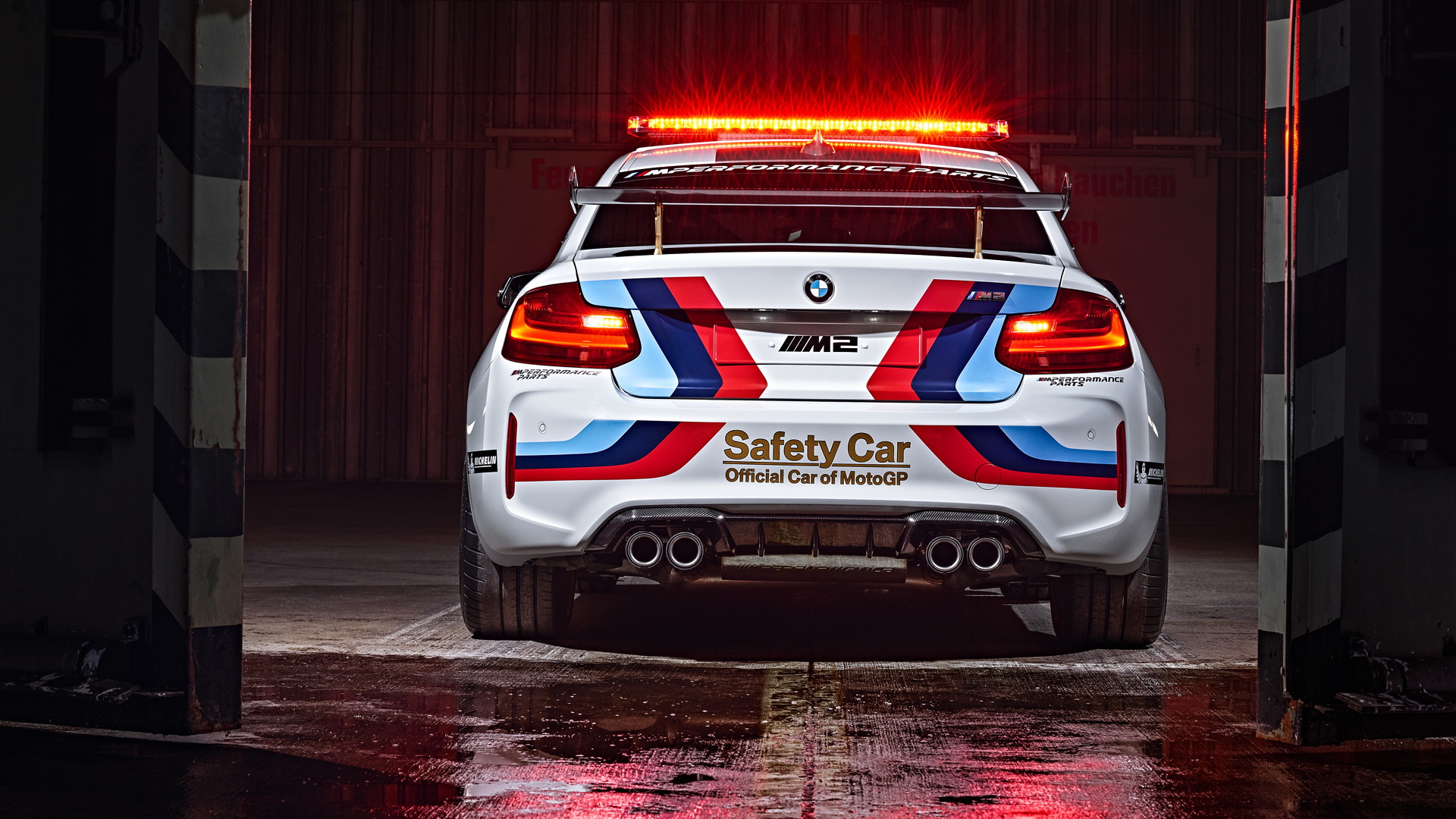 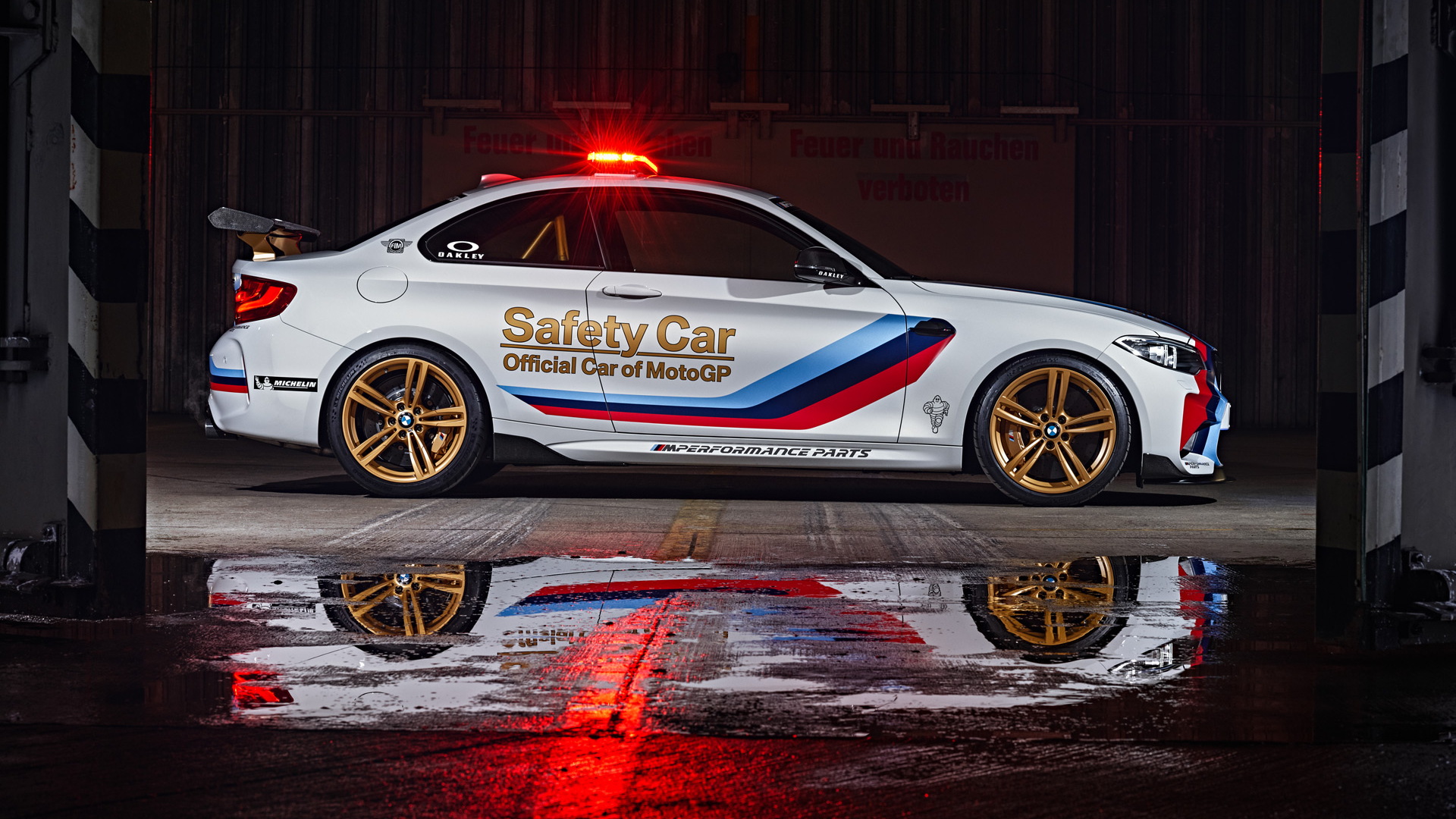 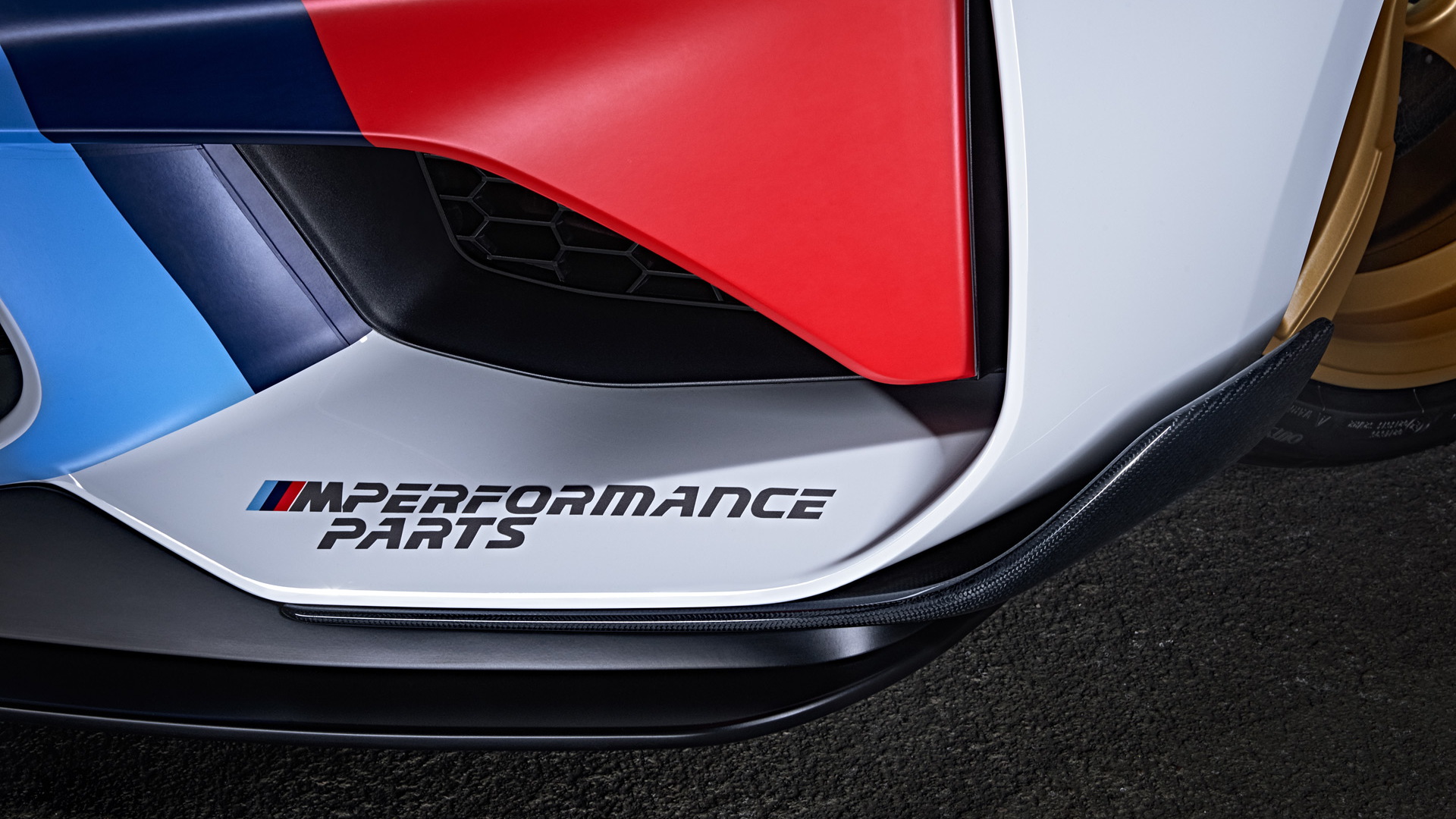 Following in the footsteps of the M6 and M4 coupes, BMW’s new M2 will serve as official safety car for the 2016 MotoGP season. But before it could be supplied to Dorna Sports, the organizer of MotoGP, the M2 needed a few modifications.

The modifications were handled at the BMW M factory and included additional reinforcements to the body, some new aerodynamic aids all crafted from carbon fiber, and some extra electronic gear including radio communication systems and the roof-mounted light bar.

No changes were made to the powertrain, indicating that the standard 365 horsepower and 343 pound-feet of torque (369 lb-ft with overboost) from the car’s twin-turbocharged 3.0-liter straight-six engine is more than sufficient. BMW quotes a 0-60 mph time of 4.2 seconds and a limited top speed of 155 mph for the M2.

You’ll see the M2 safety car in action for the first time at the first race of the 2016 MotoGP season, taking place March 20 at the Losail International Circuit in Doha, Qatar. The standard M2, meanwhile, will reach showrooms in April wearing a price tag of $52,695, including a $995 destination charge.

Beyond the provision of safety cars, BMW’s commitment to MotoGP includes numerous other activities. For example, at selected events, BMW presents the latest models from BMW M as well as the growing range of parts from the M Performance catalog. In fact, some M Performance parts are fitted to the M2 safety car. The list includes the numerous aero aids added to the car as well as the carbon fiber exhaust tips. That huge wing at the rear is a custom unit, though... sorry.