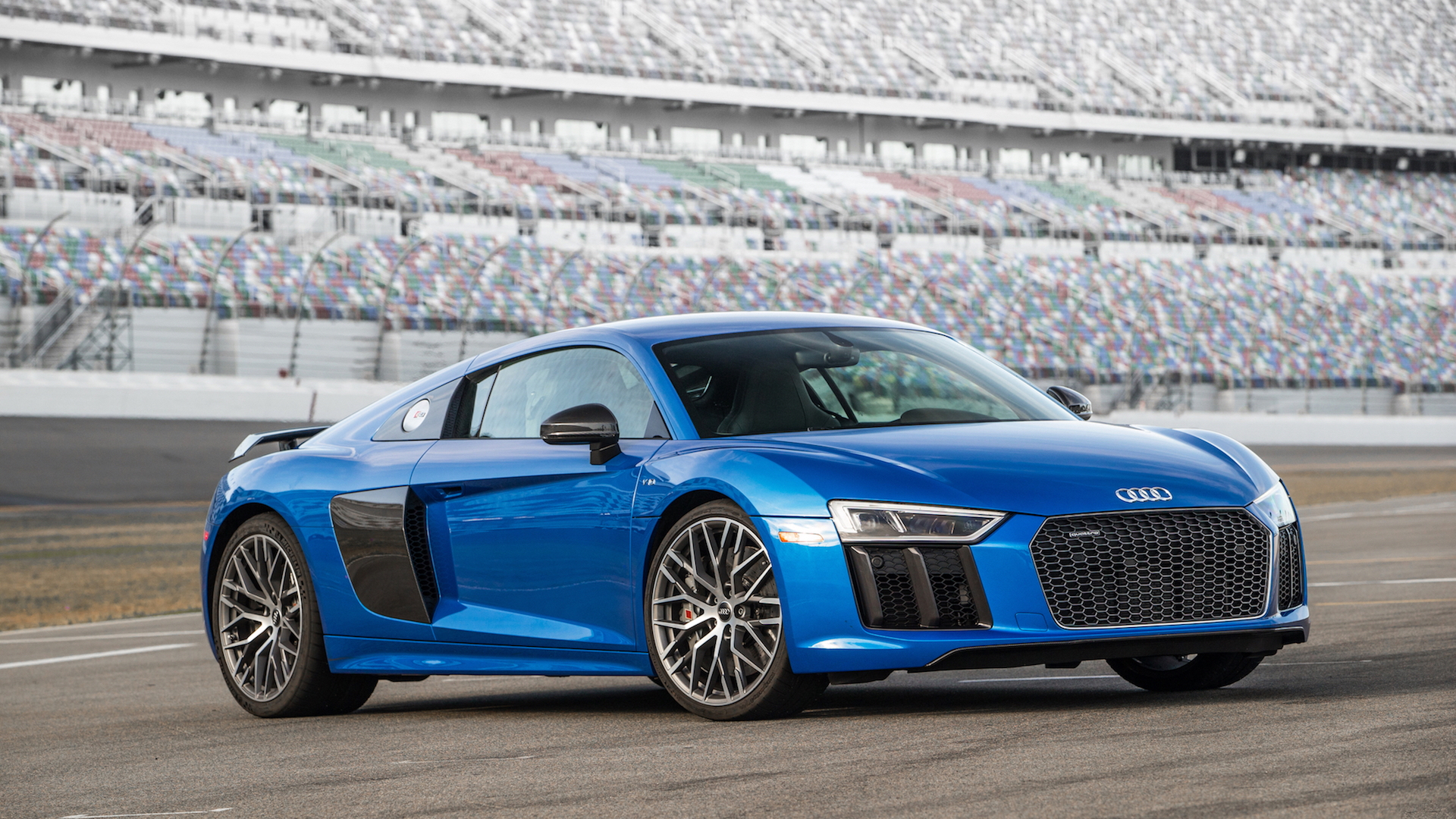 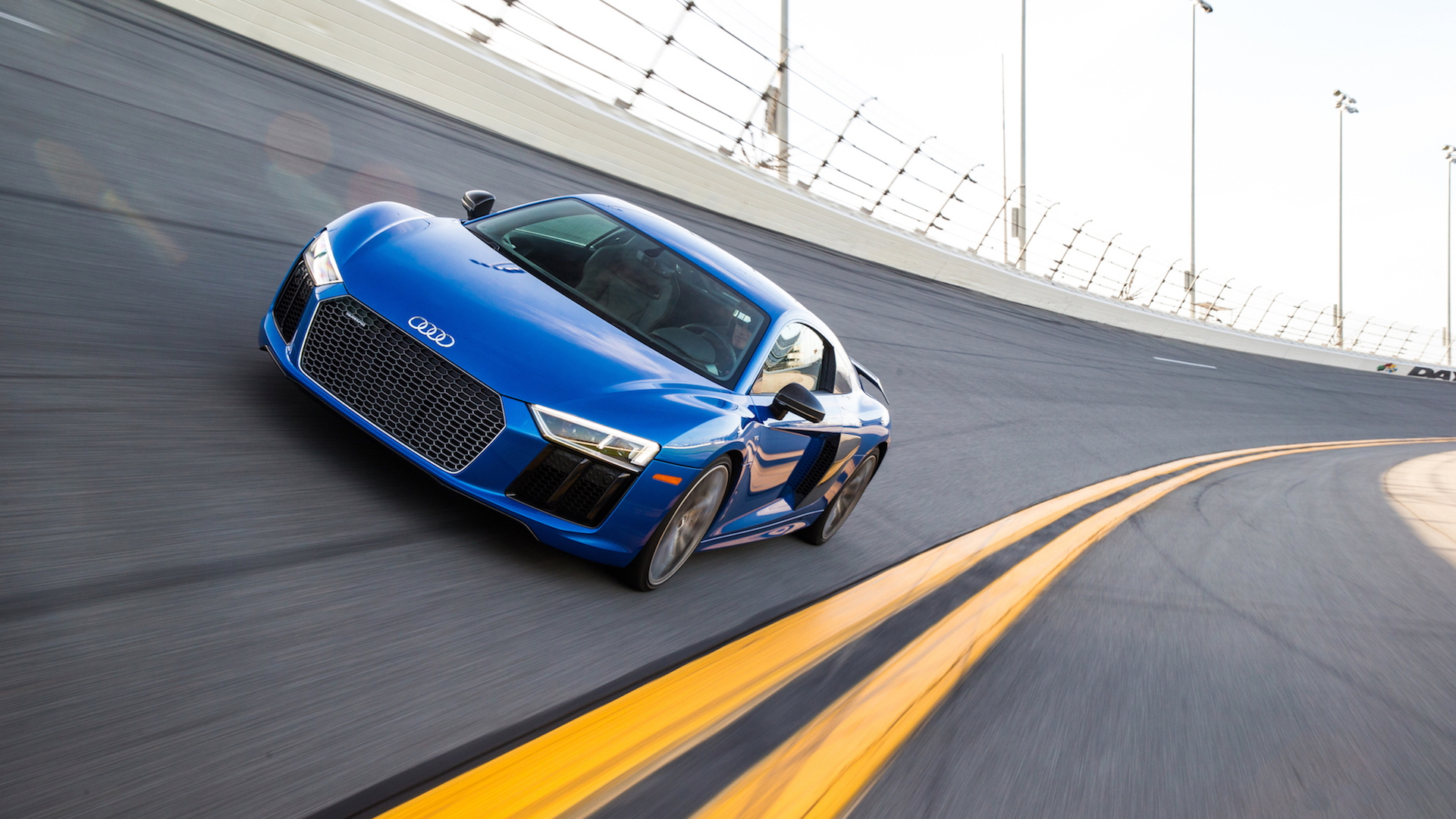 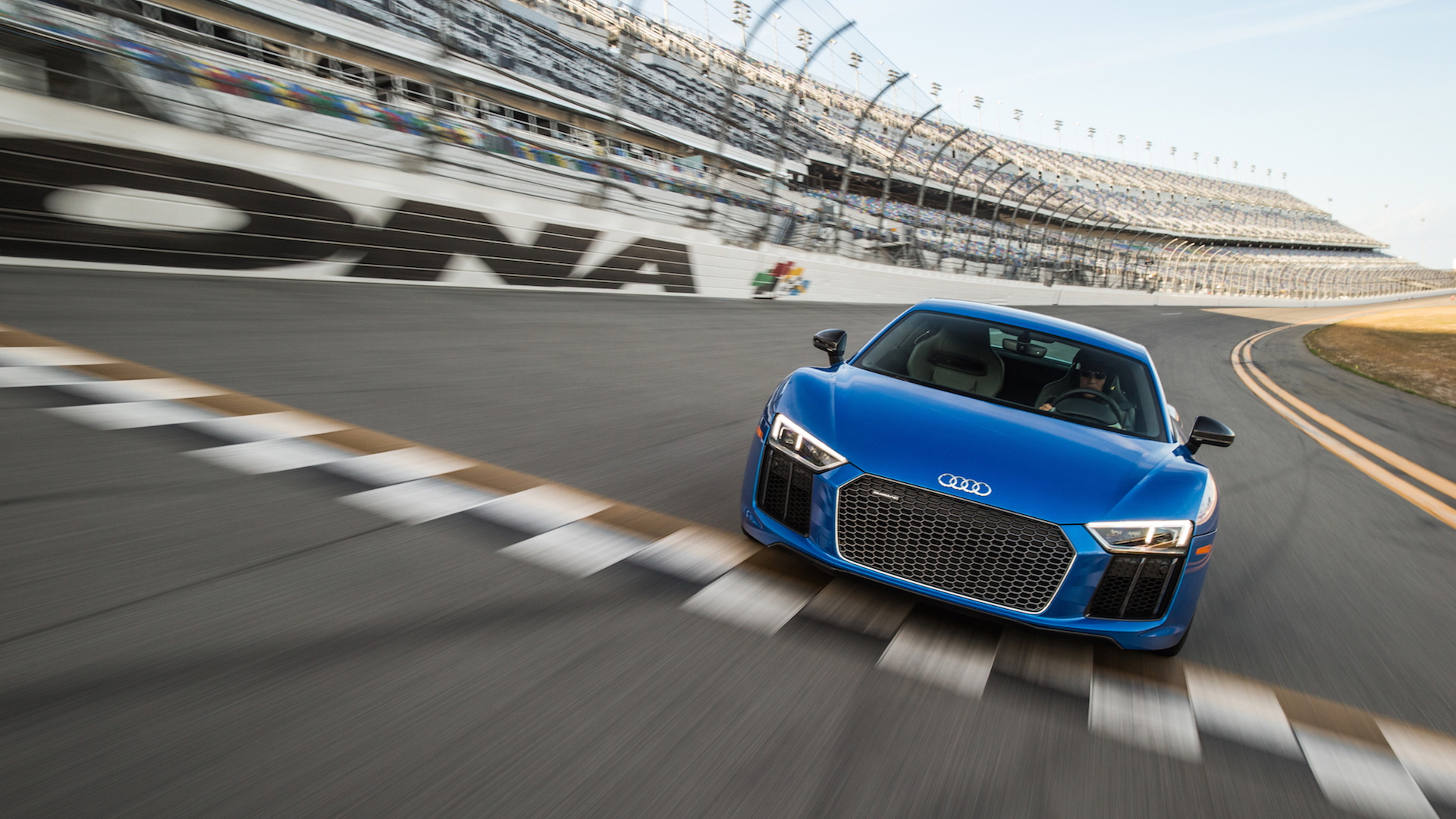 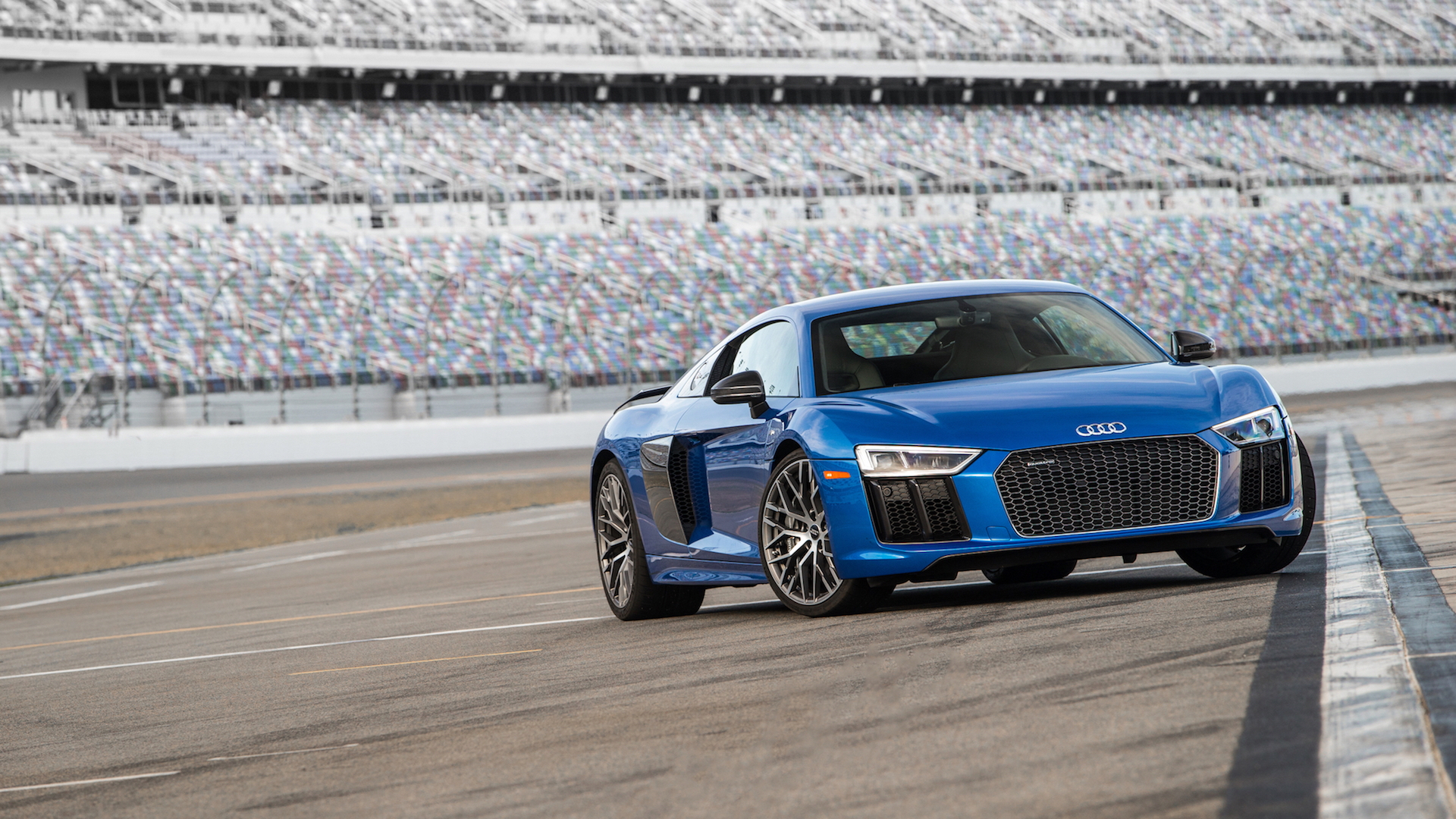 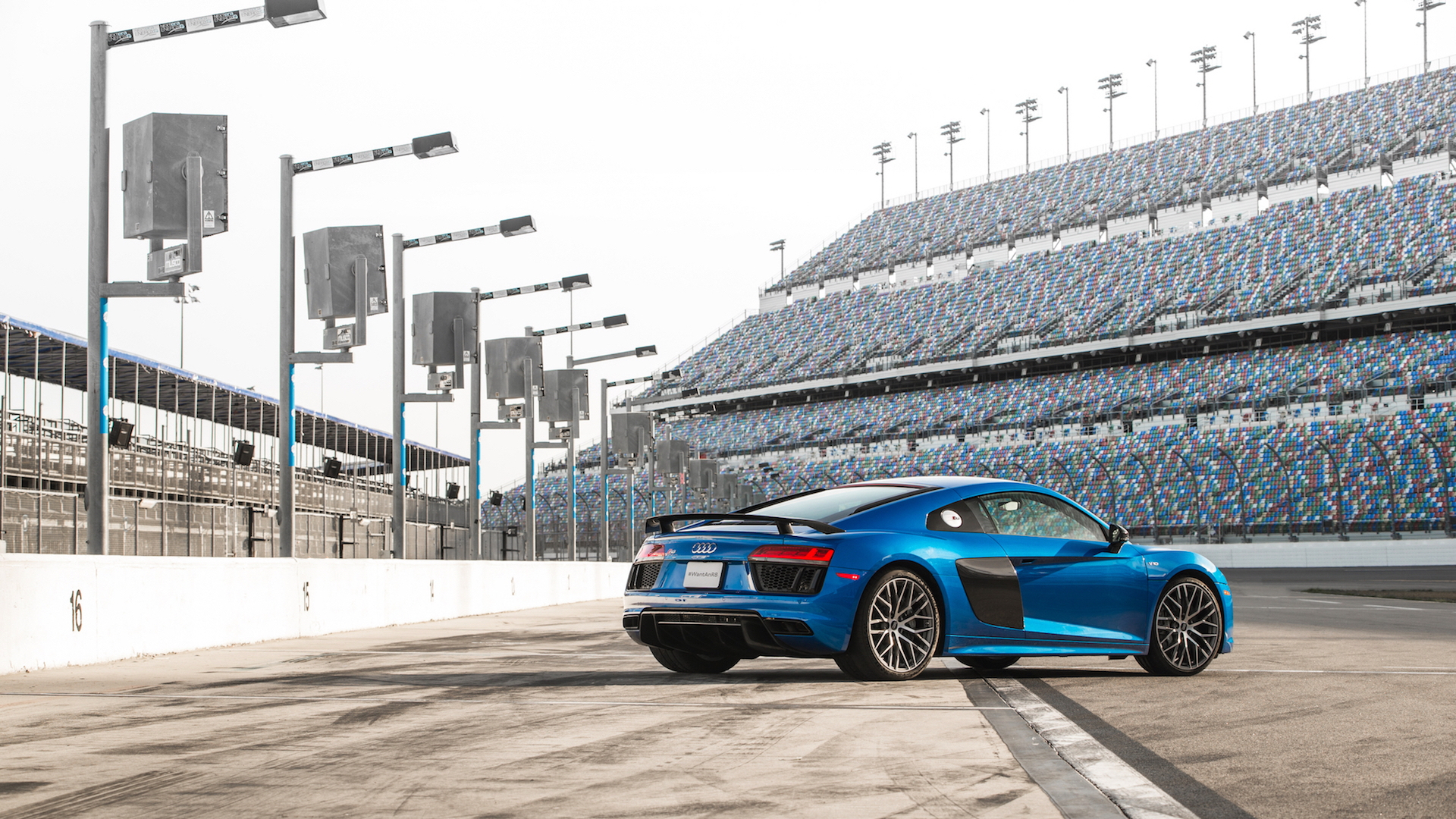 Sometimes the second album is more important than the first. If a band can't follow up its breakout first album with another platinum effort, it could go down in history as just a flash in the pan. But if the second album can meet or beat the artistry of the first, that band can become a mainstay.

Such is the case with the Audi R8. Audi made quite a splash when it released the racing-inspired R8 in 2008. The drop-dead gorgeous looks, docile road manners, and track capability showed that Audi could build a supercar worthy of the likes of Ferrari and Lamborghini.

But can the follow-up top the original? You bet it can, and that's why the 2017 Audi R8 is one of our finalists for the Motor Authority Best Car to Buy award.

The second-generation R8 cuts a stunning shape, with a low-slung stance, two-piece side blades, and a roofline that pulls the profile taut all the way to the tail. This new version’s wider and more menacing in its stance than before, and it's sharper lines read more modern.

Inside, gunmetal trim outlines a spare black dash and big, high-resolution screens—including the one that sits where the gauges would normally be. Audi calls this the virtual cockpit. The display can morph from navigation maps to computer-generated gauges at the touch of a button. It's forward thinking and quite dazzling.

The interior technology may be great, but it's the hardware that makes the second-generation R8 so special. It's built on the Modular Sportscar System (MSS) aluminum spaceframe that also underpins the Huracán from corporate partner Lamborghini. It's made up of more than 80 percent aluminum and uses carbon fiber to provide extra rigidity for the firewall and central tunnel. Teamed with a pair of X braces, one on top of the midship-mounted engine and one behind it, the new structure gives the car 40 percent more torsional stiffness.

That naturally aspirated V-10 displaces 5.2 liters and puts out 540 horsepower in base form and 610 horses in the V10 Plus. The engine routes its grunt through a 7-speed dual-clutch transmission that clicks off shifts in milliseconds. Unfortunately, the beautiful, gated 6-speed manual does not return, but Audi's quattro all-wheel drive does, and this time it's more robost.

From behind the wheel, the V10 is a joy. Throttle response is more immediate than you get with force-fed engines, and the sound is macho and intoxicating.

For as good as the first-generation R8 was on the road and track, the second-gen model is even better. Tweaking the R8 through its driving modes reveals a huge range in its ability. In Comfort mode, it quiets down, shifts imperceptibly, and soaks up road rash better than some sport sedans.

Dial it into Performance mode, and it’s a rager. The new platform and all-wheel-drive system create more balanced handling, tuning out some of the understeer of the last model, and putting the power down both when exiting a turn and in a straight line.

The second-generation R8 can dice up a racetrack with the best of them, and deliver comfort on the street, allowing buyers to have their cake and eat it on a daily basis, too. The 2017 Audi R8 is the second-effort hit that confirms the greatness of the original.