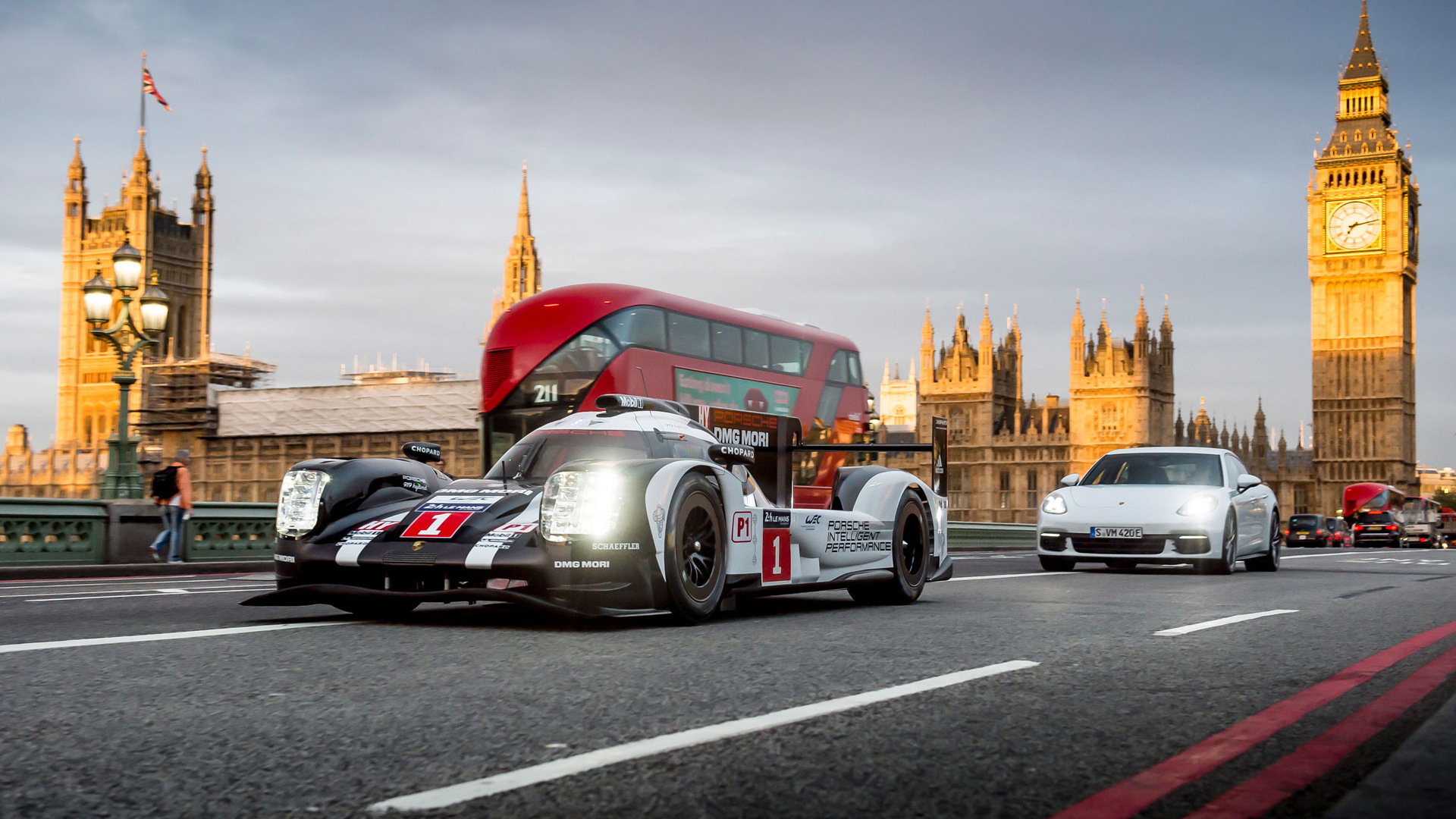 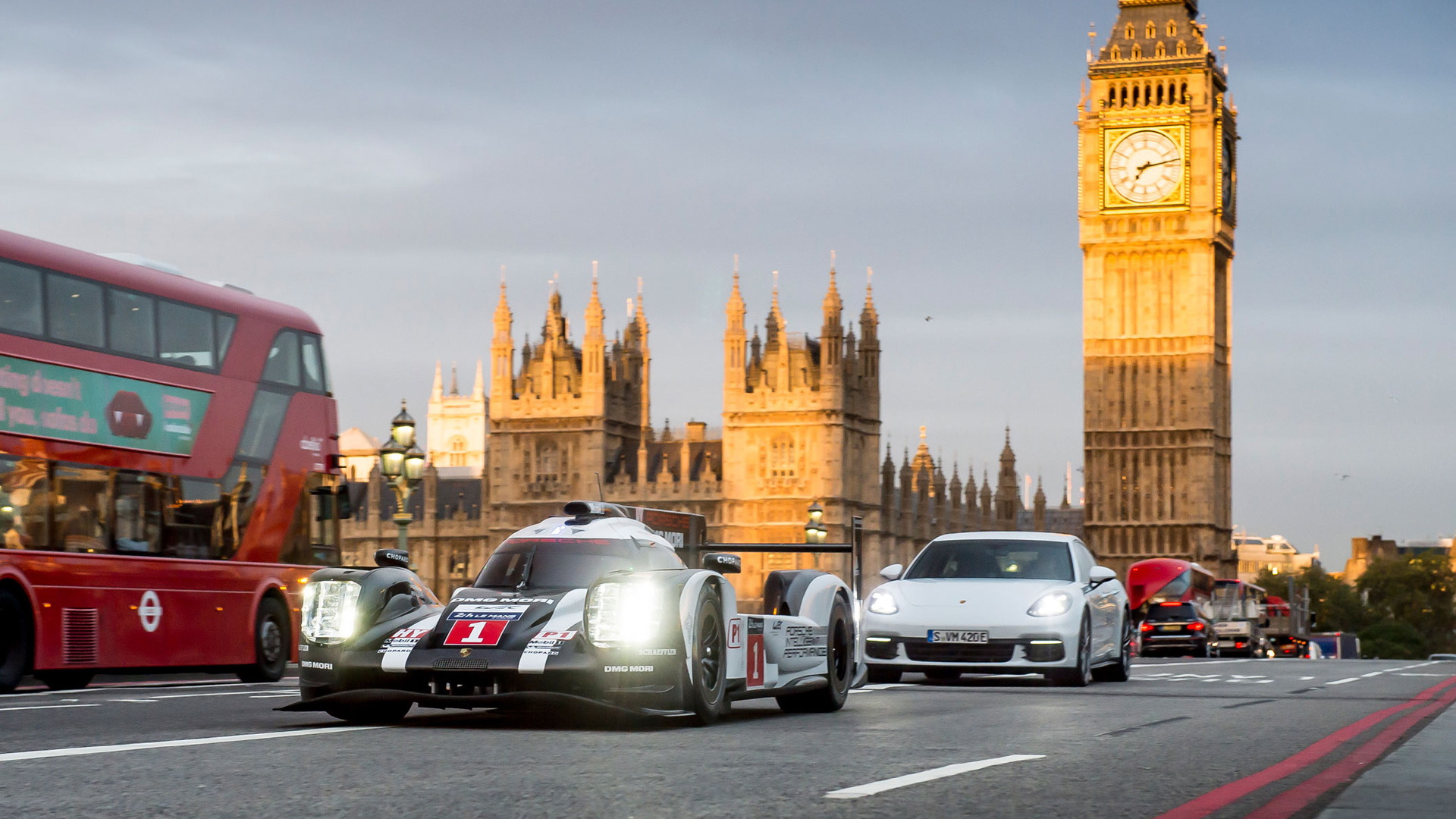 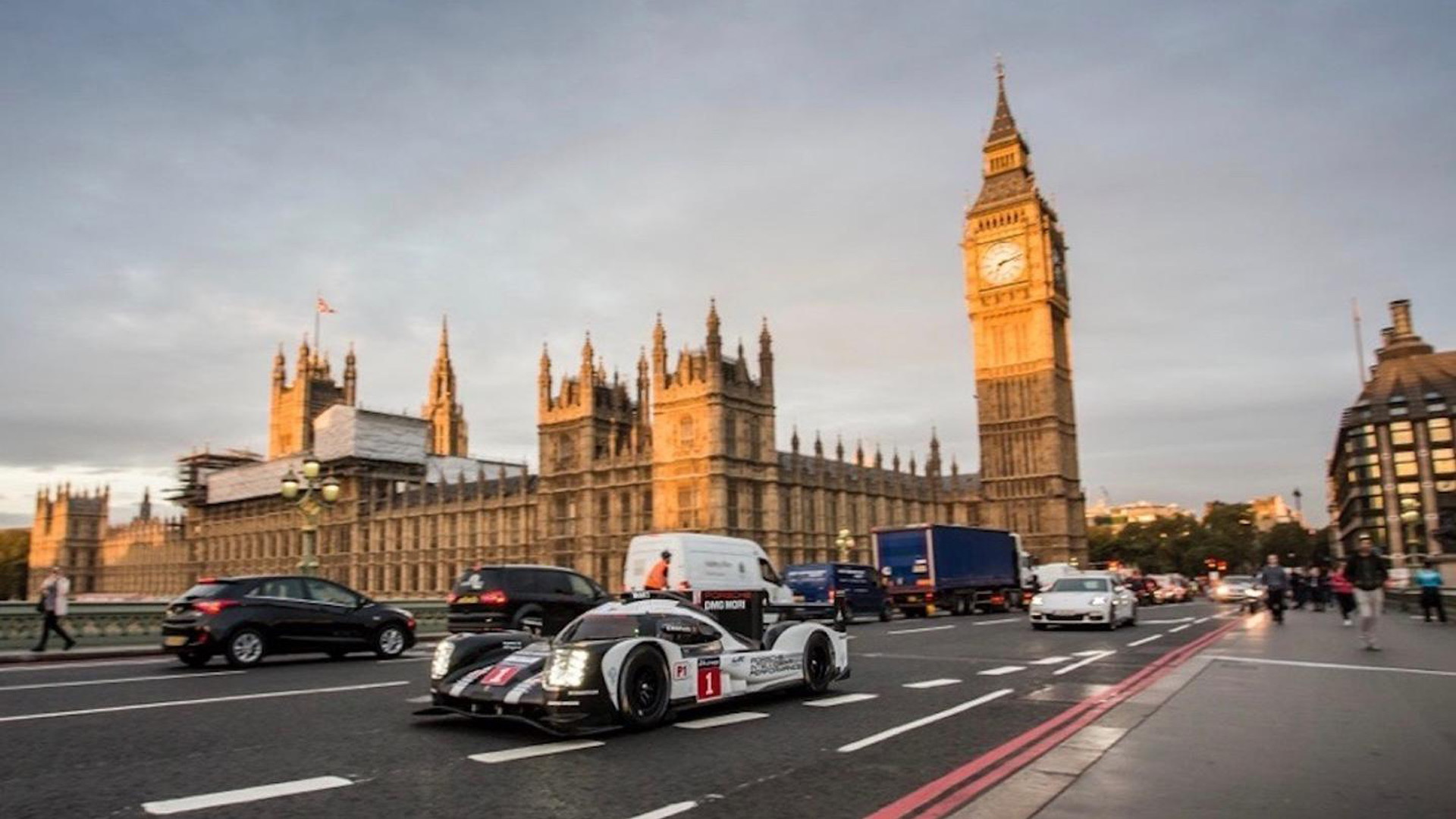 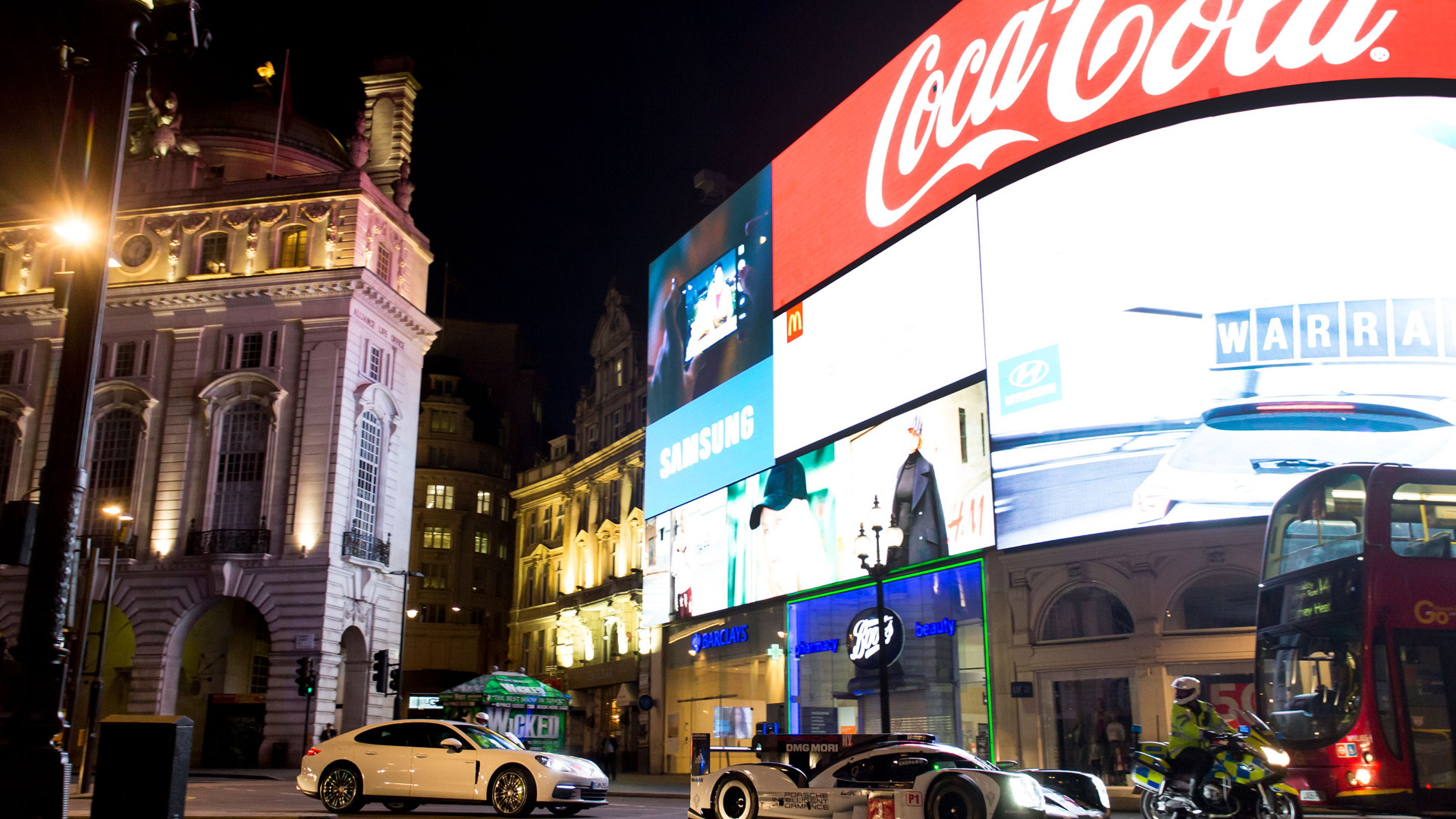 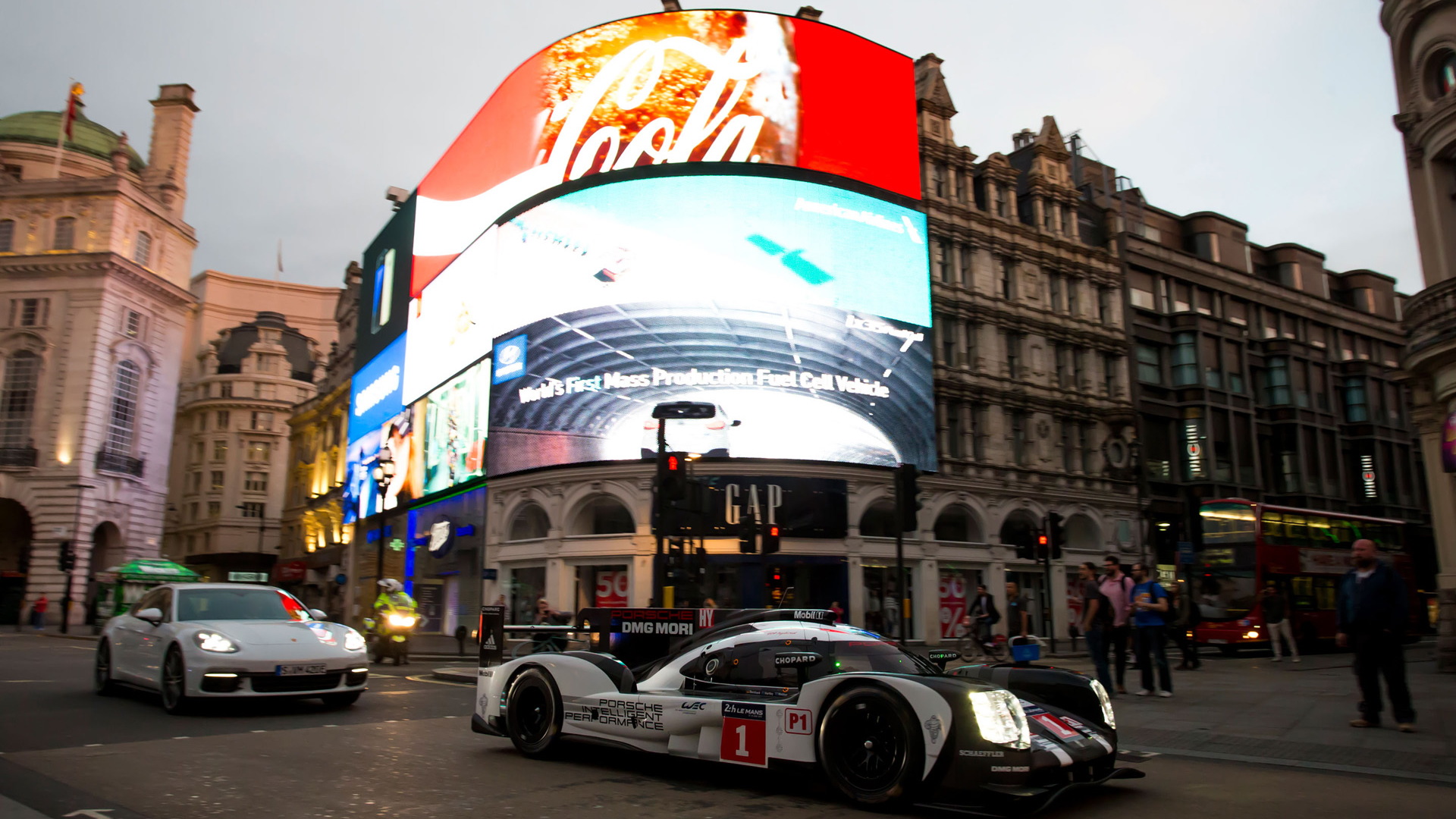 Porsche surprised commuters in London this morning with a drive by of its 919 Hybrid.

The 919 Hybrid was driven by Mark Webber in a stunt to highlight the technology transfer between the Le Mans-winning race car and Porsche’s new Panamera 4 E-Hybrid, an example of which also participated in the drive.

The drive took place before 7:00 a.m. local time and no roads needed to be closed, which meant some lucky commuters got to share the road with the 919 Hybrid. Webber took the race car from Park Lane to the South Bank of the River Thames, passing some famous spots along the way including Hyde Park, Piccadilly Circus and Trafalgar Square.

Both the 919 Hybrid and Panamera E-Hybrid are powered gasoline-electric hybrid drivetrains. In the race car, there’s a turbocharged 2.0-liter V-4 driving the rear wheels and an electric motor driving the front pair. In the luxury sedan, a twin-turbocharged 2.9-liter V-6 is paired in parallel with an electric motor and the two power sources drive all four wheels via an all-wheel-drive system.

Incidentally, this isn’t the first time Webber has taken to public streets in a race car. In 2005 he drove a Williams Formula One car across the Sydney Harbour Bridge.

An official video of the latest stunt should be coming soon. Until then, enjoy this short clip courtesy of EVO.

A Porsche 919, @AussieGrit and Westminster Bridge. A normal Tuesday morning is London. pic.twitter.com/m0fUGUQg4G