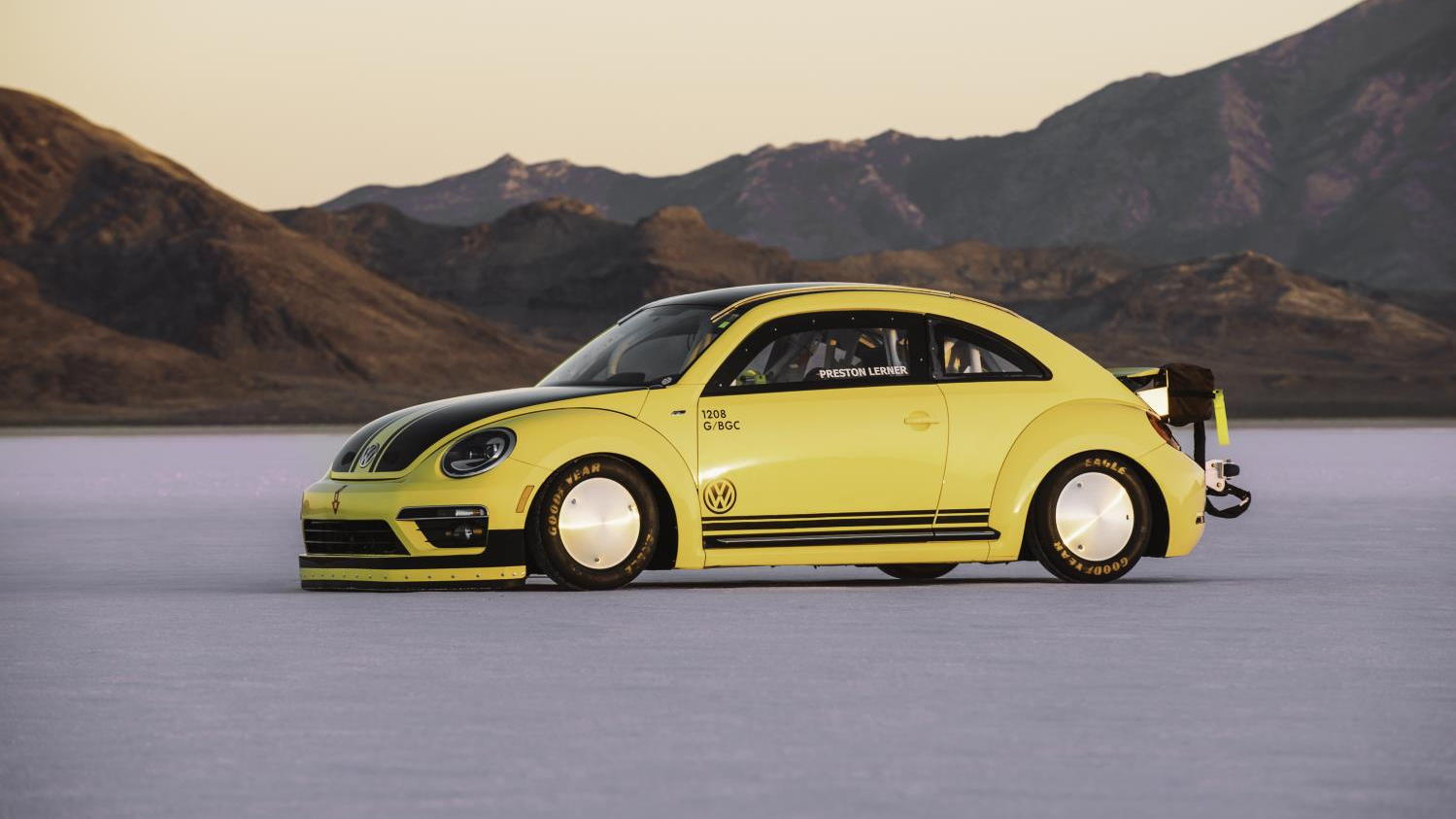 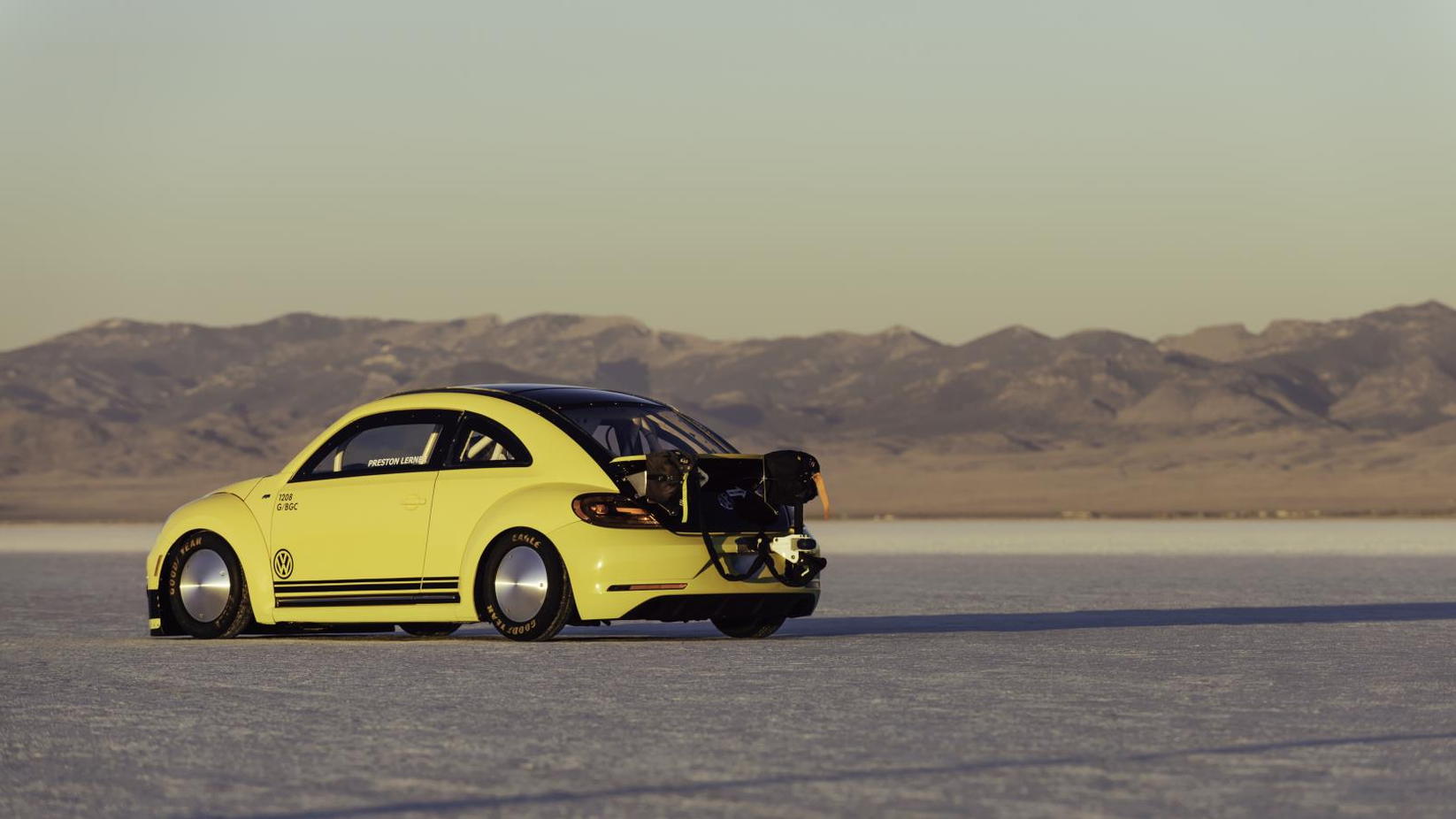 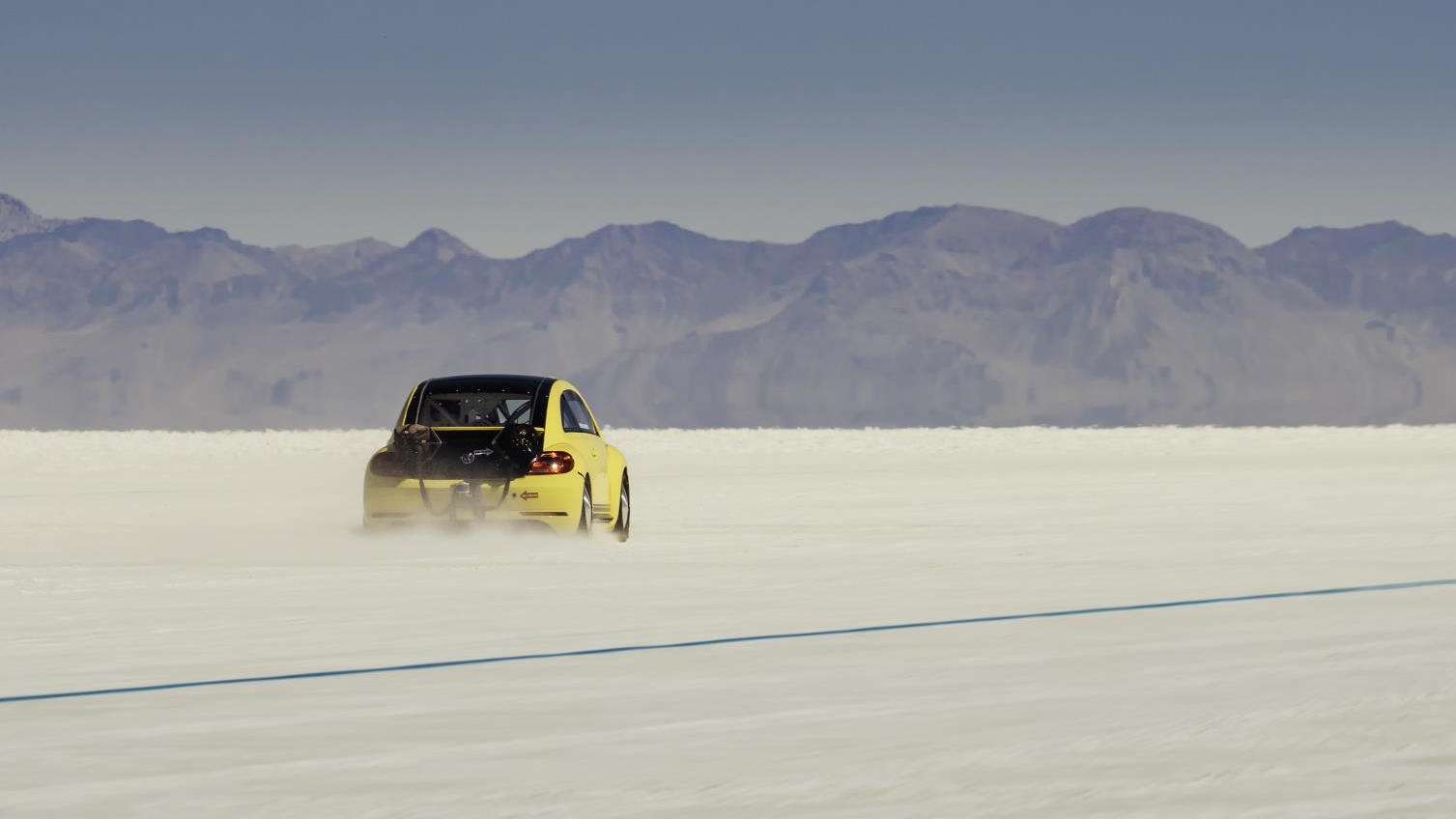 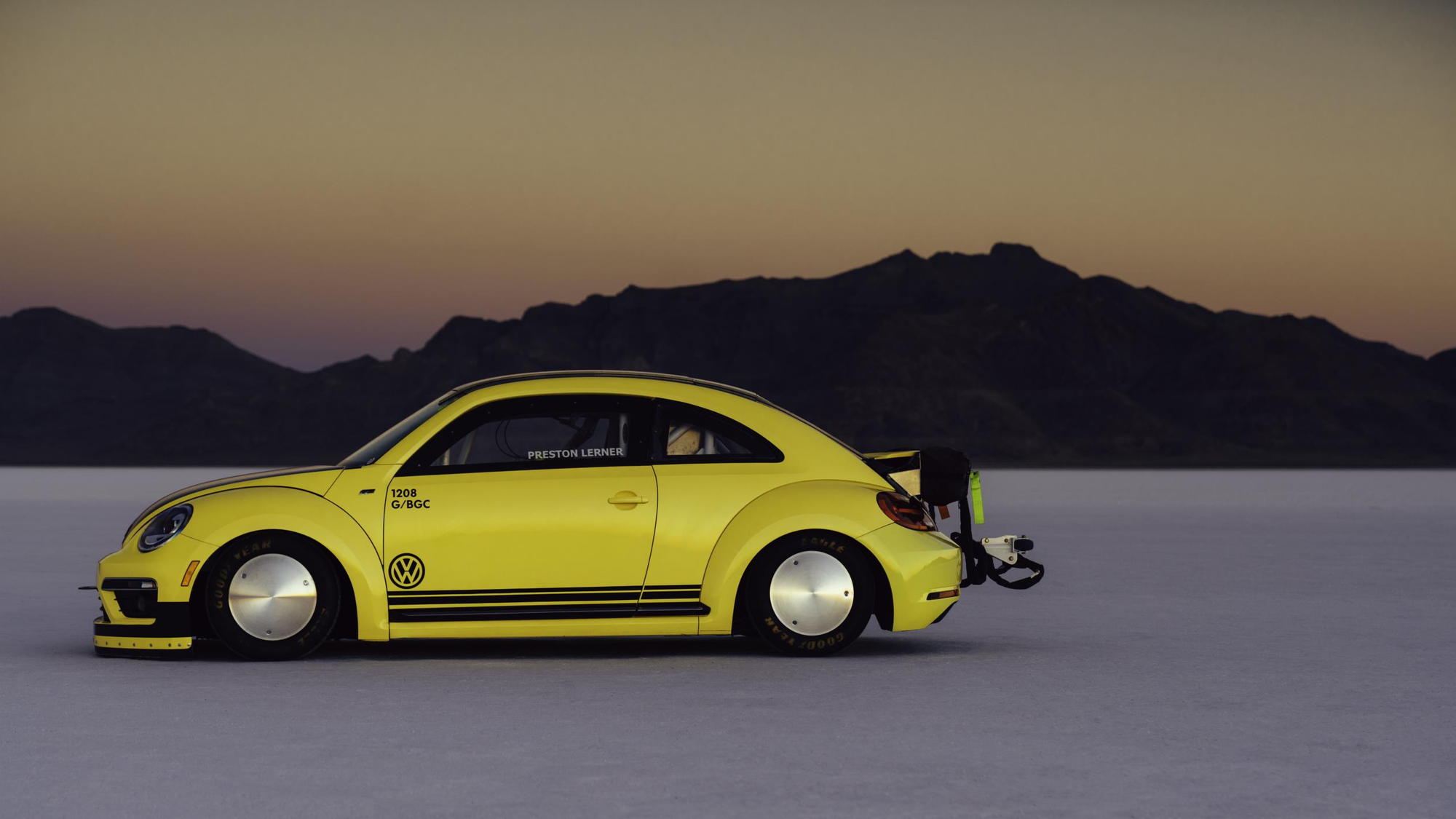 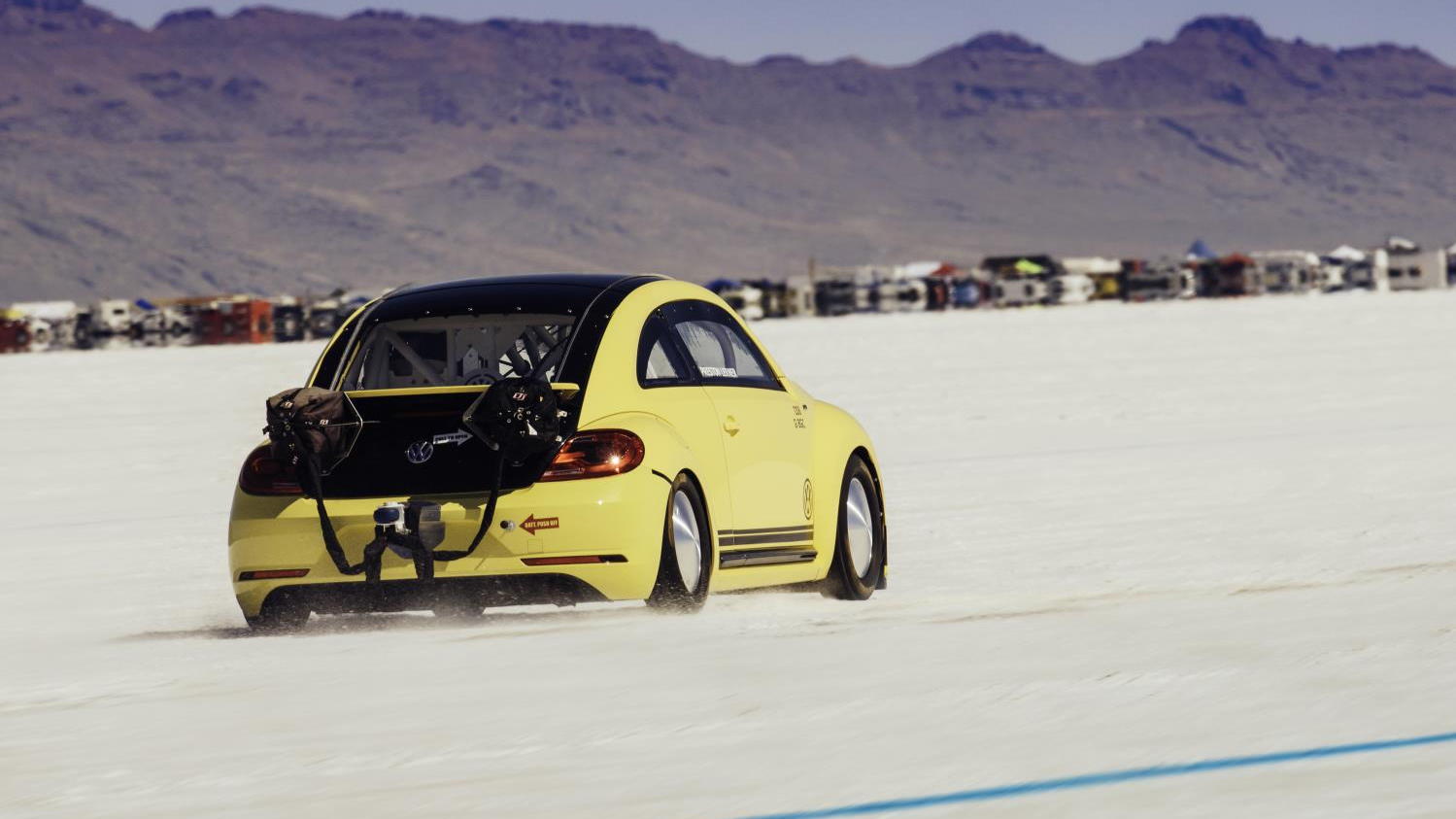 The Volkswagen Beetle is an icon. It's been around for decades and it's a beloved automobile the world over.

It is not, however, a fast car by any means. Sure, there have been quick versions made, and some aftermarket companies have wrung out plenty of extra horsepower but the car was never a speed demon.

Those three letters stand for Land Speed Record. That's just what this Beetle LSR has captured by blasting down the Bonneville Salt Flats. In doing so, it's become the world's fastest Beetle.

Driven by Automobile's Preston Lerner, the modified Bug hit a top speed of 205 miles per hour. Lerner states that the car could've gone even faster but driving on the salt is a bit unnerving. He briefly saw 208 on the gauge cluster.

To make a Beetle go 200 miles per hour, Volkswagen enlisted the help of Southern California's THR Manufacturing. The 2.0-liter EA888 engine was torn apart to make way for new pistons, camshafts, connecting rods, and some modifications to the head. Engineers bolted in a new set of turbochargers.

It all adds up to one very fast Beetle. Now, Volkswagen we have to ask when the LSR version will hit dealerships...