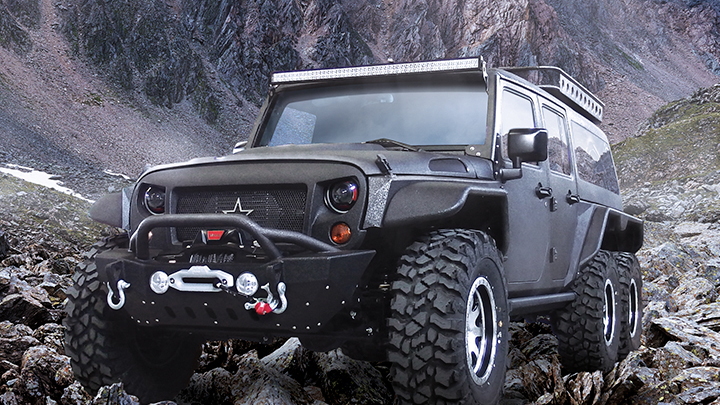 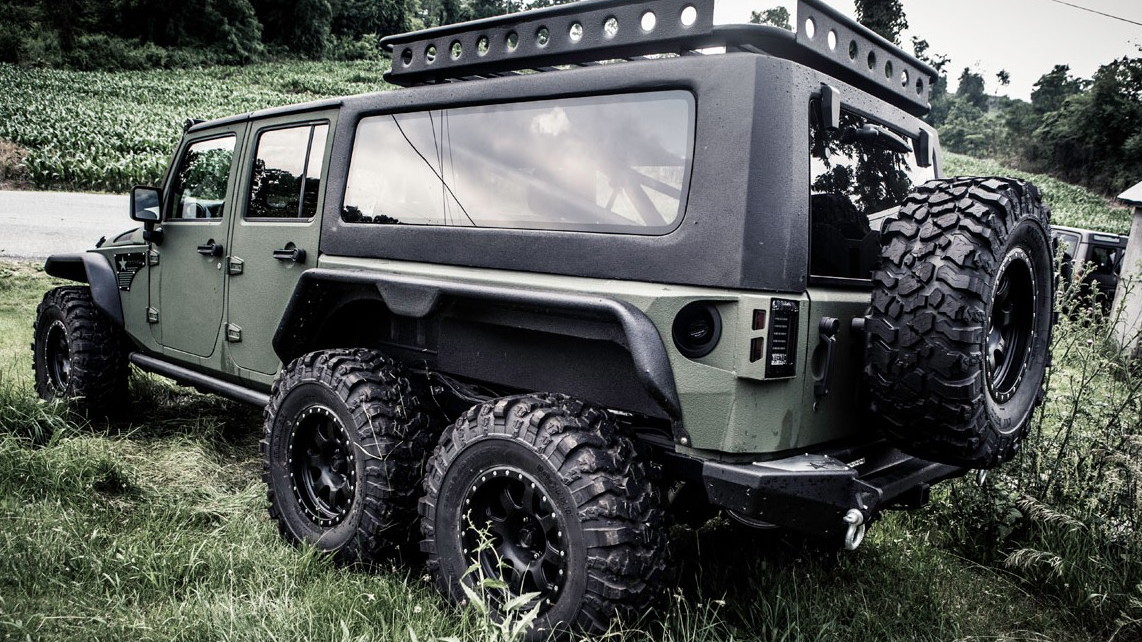 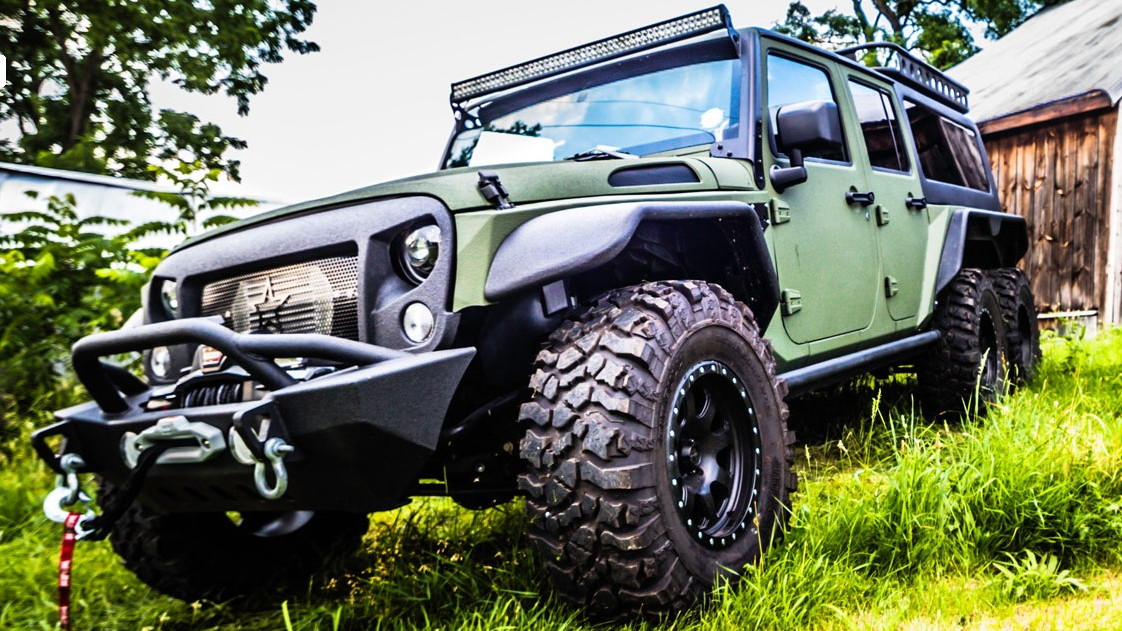 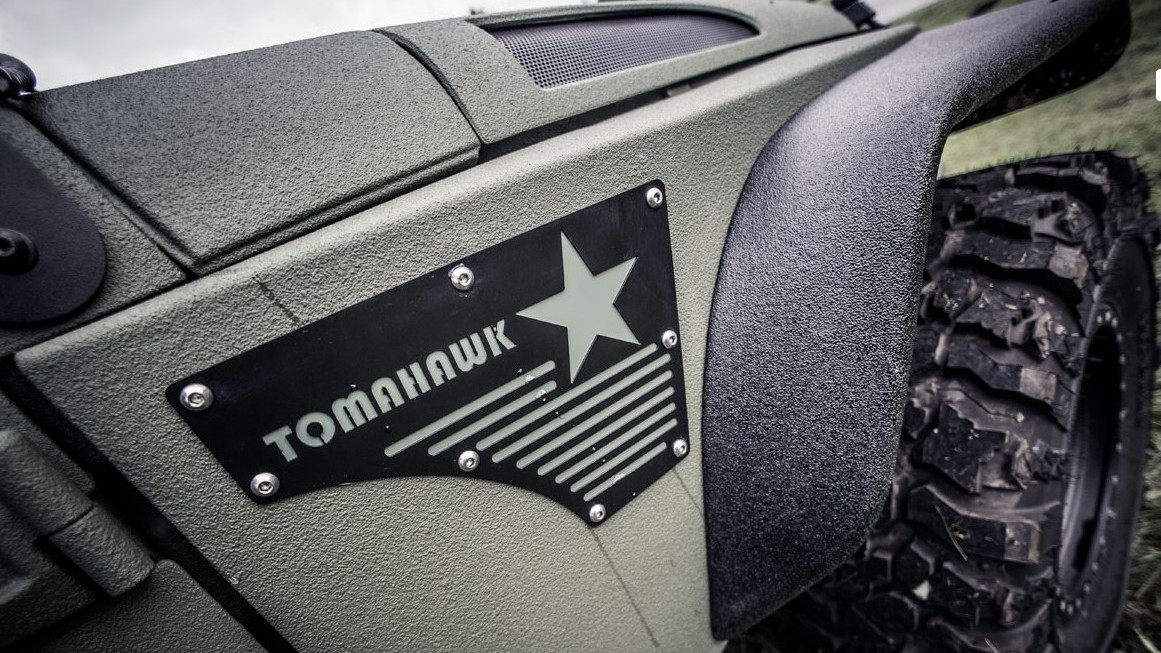 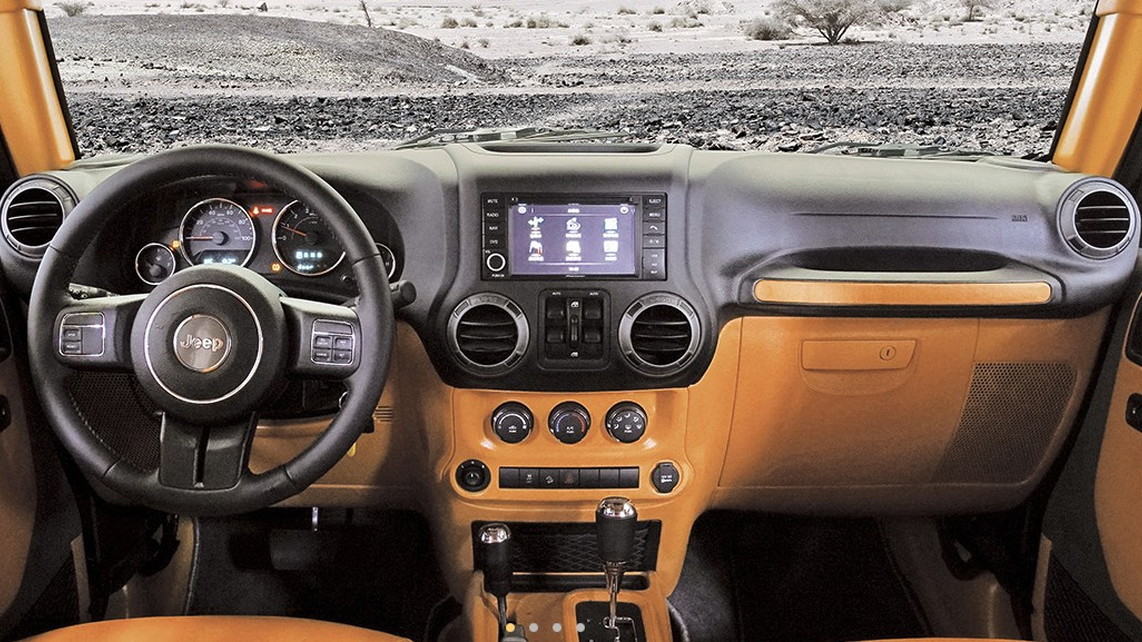 Remember the six-wheeled Mercedes-AMG G63? Of course you do, because it's awesome! It's also awesomely expensive. Perhaps we've found something similar that's a bit closer to your budget. This is the G. Patton Tomahawk, and it's a 6x6 Jeep Wrangler built in China.

The car was showcased at the recent 2016 Chengdu auto show, where  Car News China  was able to get up close with the six-wheeled machine. It sounds like the project may be a muddled composition.

The basics here are that the G. Patton Tomahawk started out as a standard four-door Jeep Wrangler Unlimited. Everything rear of the C-pillar was chopped off, and a truck bed was grafted in its place along with the extra axle. You can see in the photos on Car News China that the rear wheel arch looks a bit off, and they said the fender badging and rear wheels also look a bit off.

Under the hood, G. Patton has beefed up the engine by adding a supercharger. Inside, it's gone with a unique seat layout that a dictator might enjoy. We'd love to get a closer look at this one to admire the build quality with our own eyes.

The idea is very cool. The execution, however, appears to be lacking.