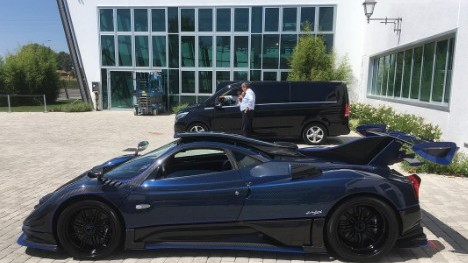 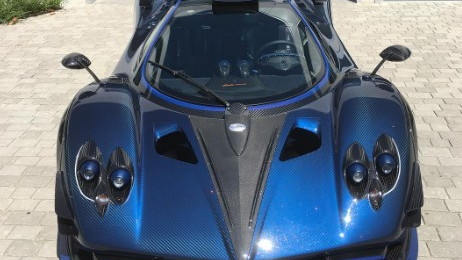 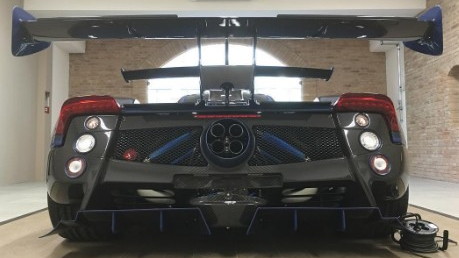 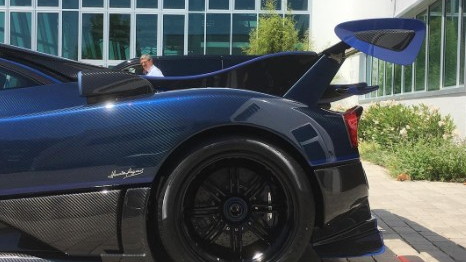 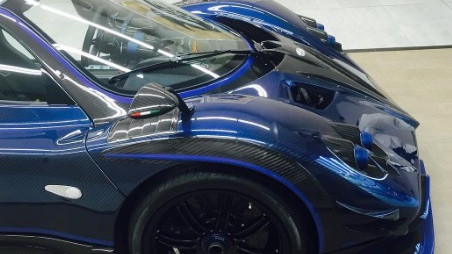 Despite Pagani Zonda production officially ceasing in 2014, there's a new one-off Zonda entering the world and it's packing some serious aero work over its rear end.

It's called the Pagani Zonda by Mileson, and it's designed for a man who has many other wonderful playthings in his garage, as shown on his Instagram account. This particular plaything packs the now-familiar 7.3-liter AMG-built V-12 engine under its rear bodywork. It should therefore be capable of producing 760 horsepower, and sending that power out to the tires via either a 6-speed sequential gearbox or perhaps a manual.

Getting back to that bodywork. Pagani has finished the car with blue carbon fiber intertwined with bits of what appears to be naked carbon fiber. The real hook of this car, however, looms large over the rear end. It's that massive rear wing, or should we say pair of wings. It's almost Koenigsegg-esque out back, which isn't a negative.

If you could find a way to mesh the insane engineering of a Koenigsegg with the wildly beautiful automotive art that is any Pagani, you'd have what might be the ultimate dream machine on your hands.