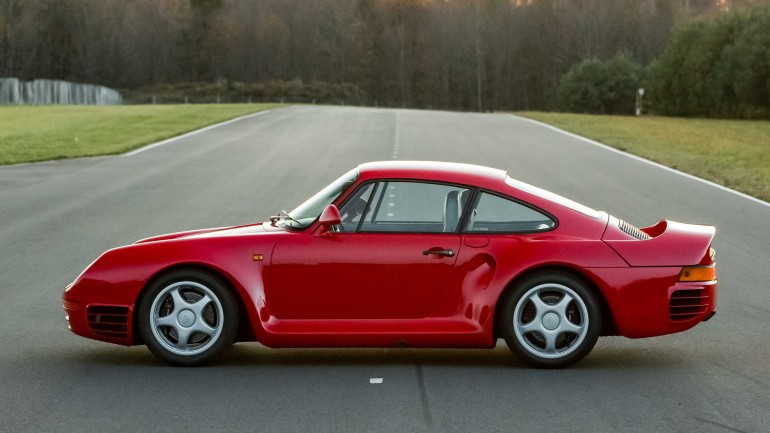 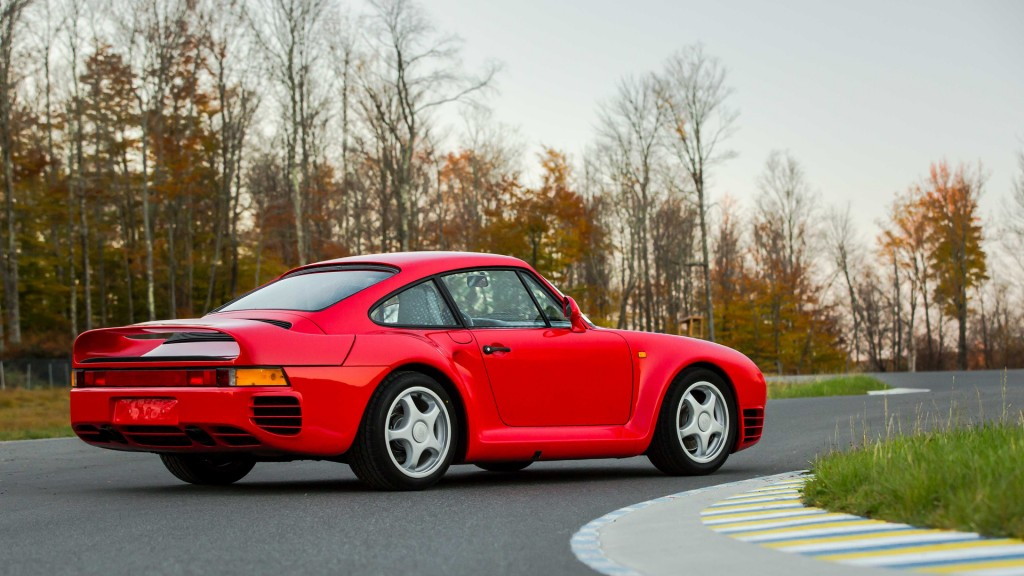 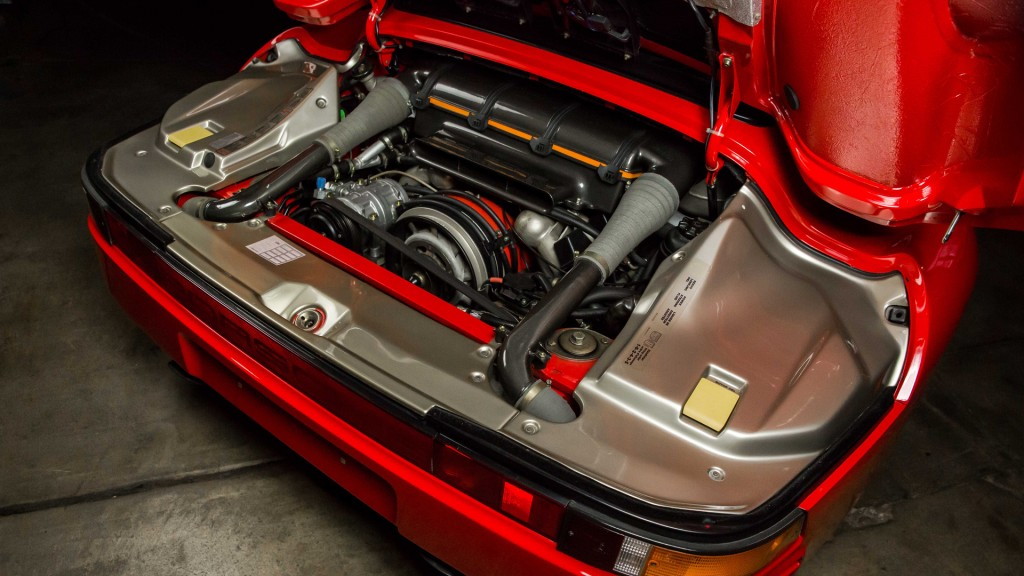 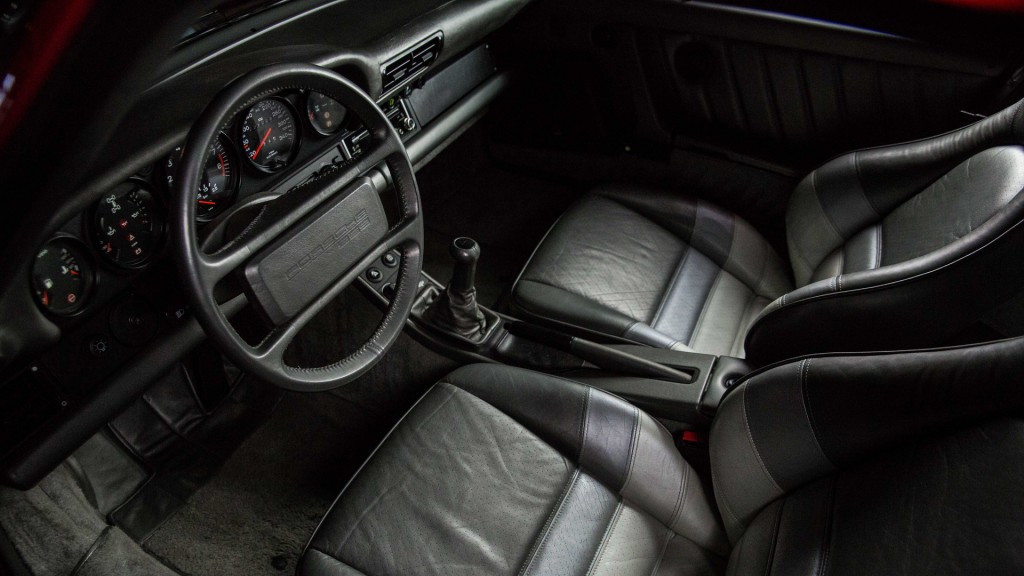 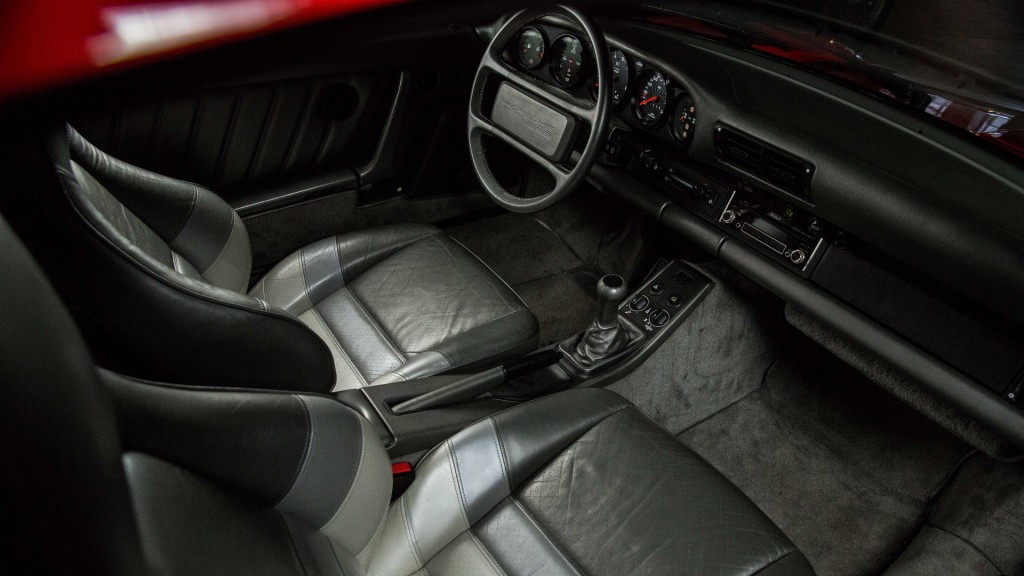 If you're of a certain generation, the Porsche 959 was probably featured prominently in your bedroom. Yes, you can admit it: You had a poster, a couple of model cars, and, probably some hastily cut pictures snipped from your favorite car magazines.

And, if you happen to have played your cards right over the last 30 years (has it really been that long?), you'll have an opportunity to fulfill that childhood dream at Mecum's auction taking place during next week's Monterey Car Week in California. That's because a red 959 with the Komfort package will cross the block on Saturday, August 20.

Let's just hope you've been saving up—or that you emerged from the recession especially well. That's because the 1987 959 is expected to sell for $1.1 to $1.3 million when the gavel finally comes down.

This particular 959 is number 36 of the 292 built and its only modification is a brilliantly period McIntosh audio system (just in case you didn't want to listen to its 444-horsepower, 2.8-liter turbocharged flat-6 engine.

Basically a homologated Group B rally car, the 959 defines the term "technological tour de force" even today. Its suspension features adjustable ride height and dampers, and is full of high-tech bits like carbon Kevlar and hollow wheels.

This particular 959 was built to German specifications but has lived most of its life in the United Kingdom and the United States. Isn't it time to make that childhood dream become a reality? We sure like it more than the one-off 959 convertible that was up for sale a few months ago.

Oh, yeah. It is. Especially with a 960 successor model rumored to be in the works.

For more of our coverage on Monterey Car Week, including the Pebble Beach Concours d’Elegance highlight, head to our dedicated hub.