Mercedes AMG’s Nico Rosberg was in full control yesterday at the first ever Formula One race held on the Baku City Circuit in Azerbaijan's capital.

The eighth round of the 2016 World Championship marked the return of the European Grand Prix to the calendar and saw quite a few surprises.

Rosberg led into Turn 1 and was never really unsettled from there on. Ferrari’s [NYSE:RACE] Sebastian Vettel finished second, almost 17.0 seconds behind Rosberg, and then it was Force India’s Sergio Perez who secured third, a little over 25.0 seconds behind the race winner. Perez took advantage of some car trouble for Ferrari’s other driver Kimi Räikkönen late in the race to move into the third spot.

Despite the car trouble, which affected the energy recovery systems on his Ferrari, Räikkönen drove a determined and well-managed race to come home fourth. Then it was Mercedes’ other driver Lewis Hamilton. It was a difficult race for the reigning world champion who recovered from 10th on the grid despite some electronic gremlins affecting his own energy recovery systems. 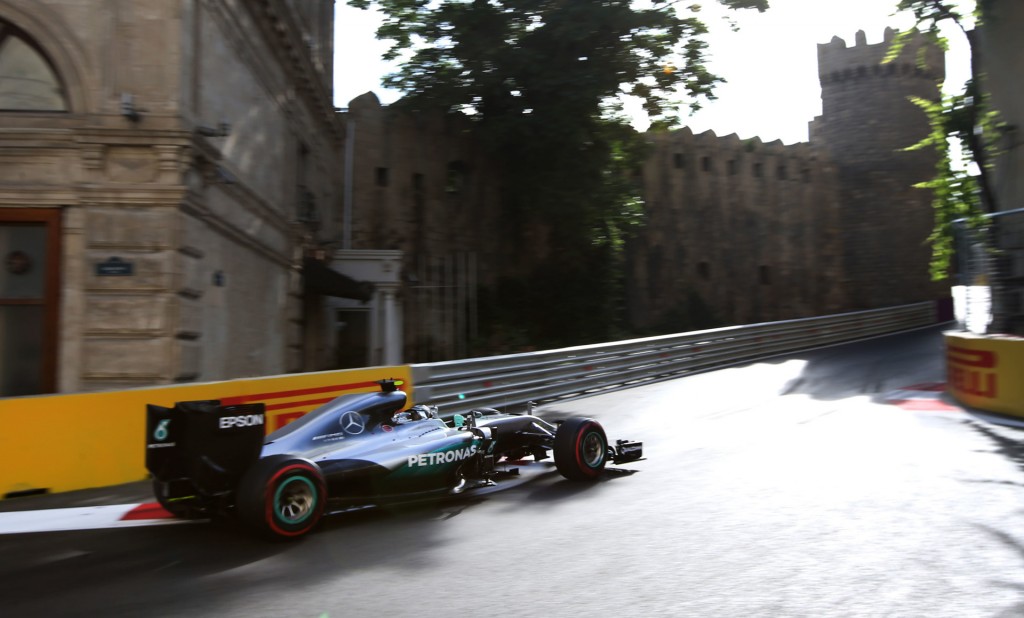 Then it was Williams’ Valtteri Bottas who ran as high as third thanks to a one-stop strategy though he dropped back after his stop on lap 19. He was able to manage his tires and strategy well to stay ahead of the two-stoppers and finish sixth.

In seventh and eighth spots respectively were Red Bull Racing drivers Daniel Ricciardo and Max Verstappen, and then it was Force India’s Nico Hulkenberg in ninth and Williams’ Felipe Massa in tenth.

With his latest win, his fifth this season, Rosberg’s tally in the 2016 Drivers’ Championship grows to 141 points. Hamilton remains in second with 117 points and Vettel is third with 96 points. In the Constructors’ Championship, Mercedes leads with 258 points versus the 177 of Ferrari and 140 of Red Bull. The next race on the calendar is the Austrian Grand Prix on July 3.

Hit the next page for the full results of the 2016 Formula One Europe Grand Prix. 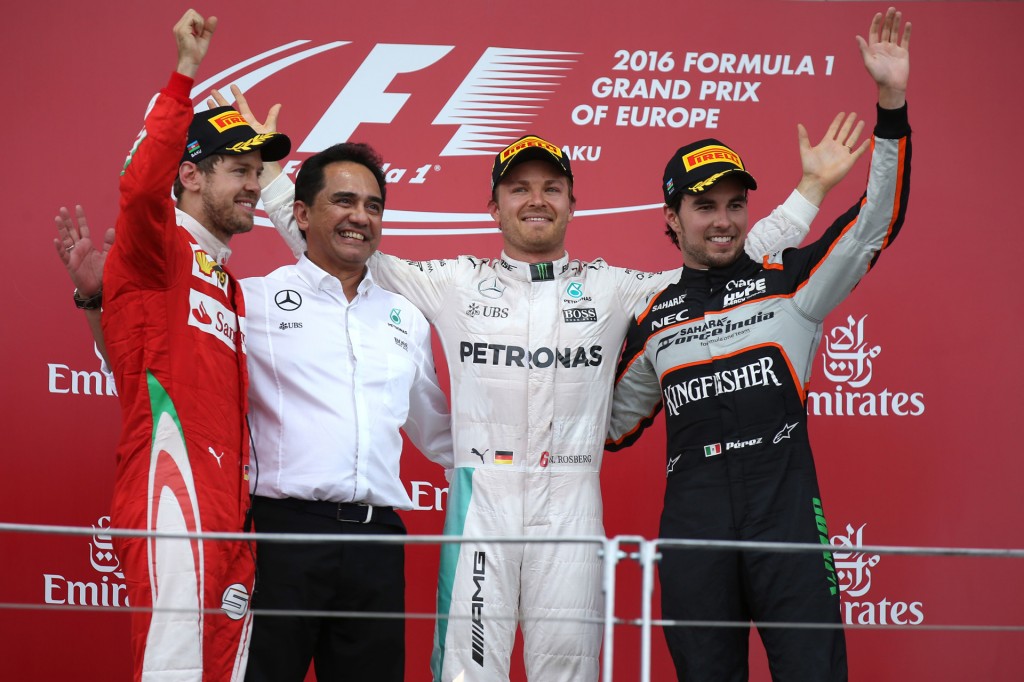 Below are the full results for the 2016 Formula One Europe Grand Prix: