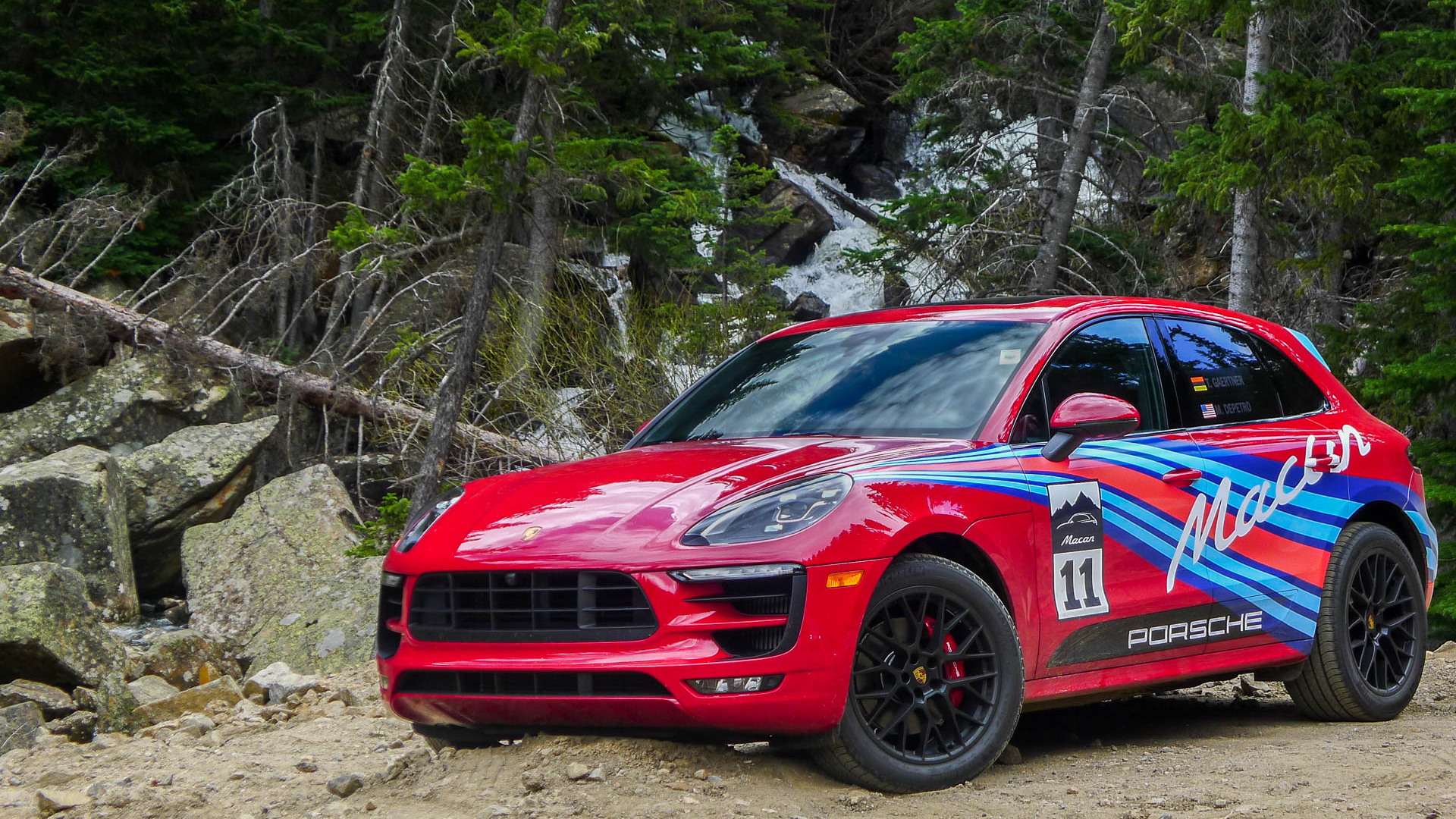 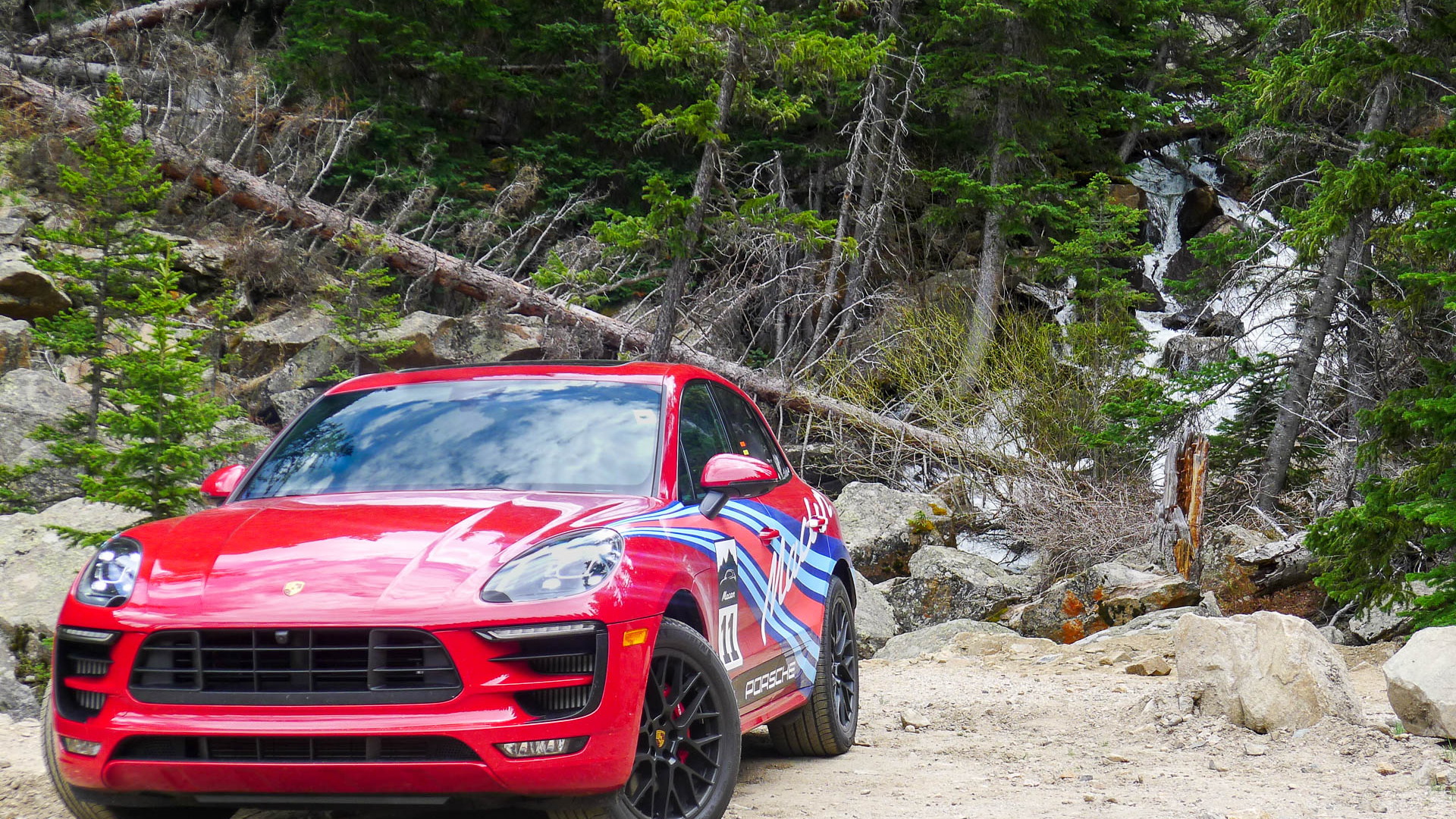 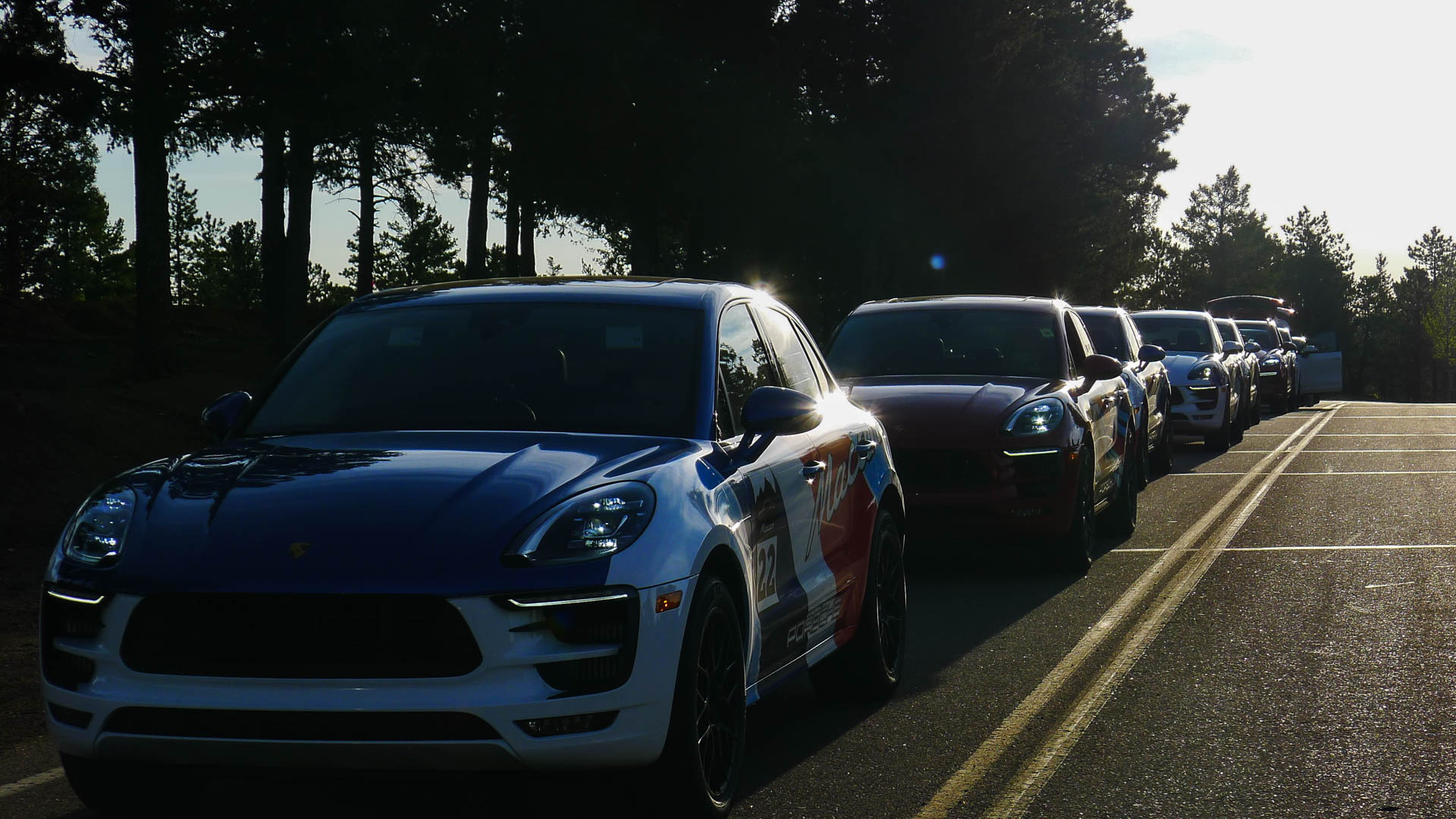 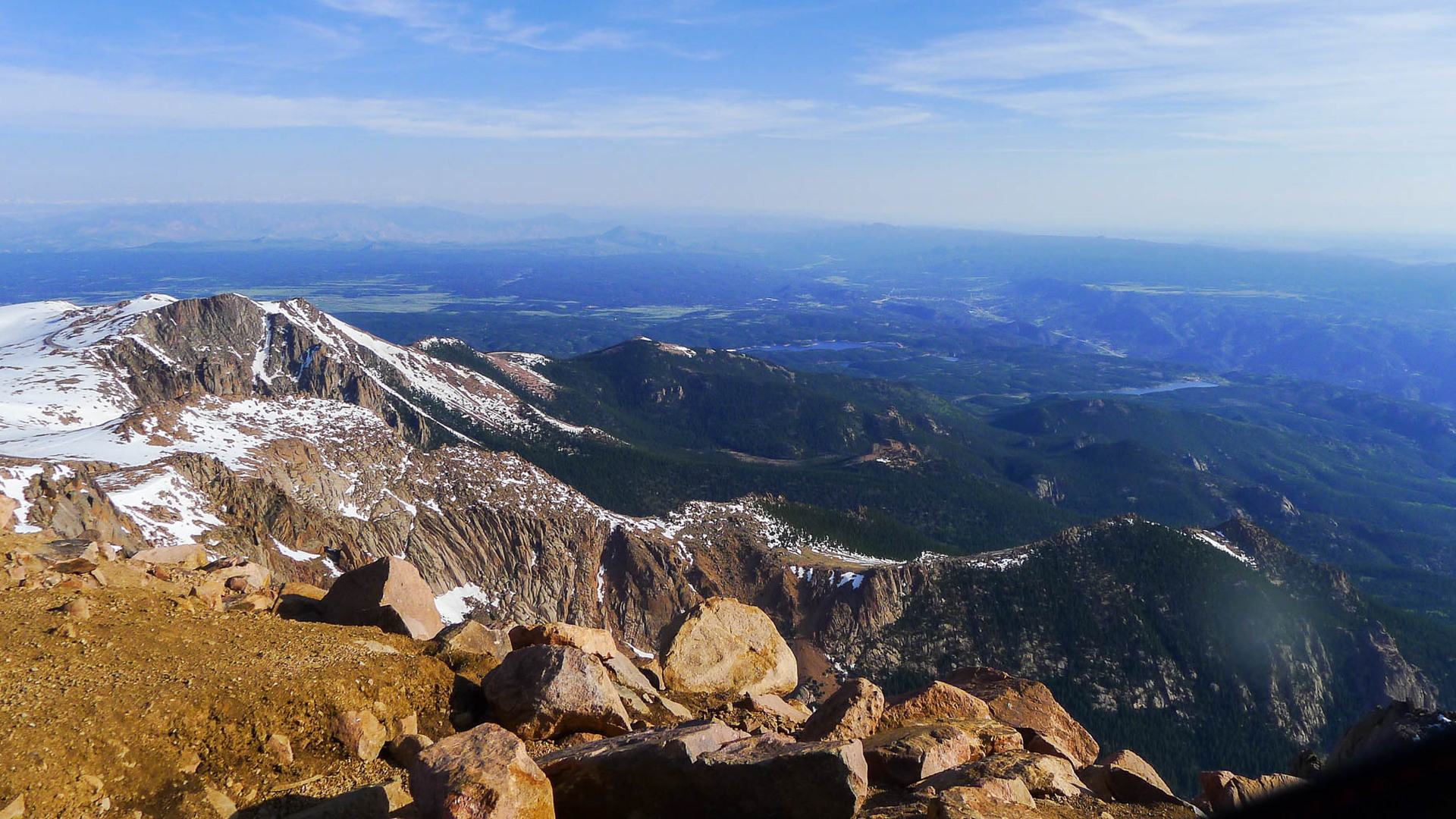 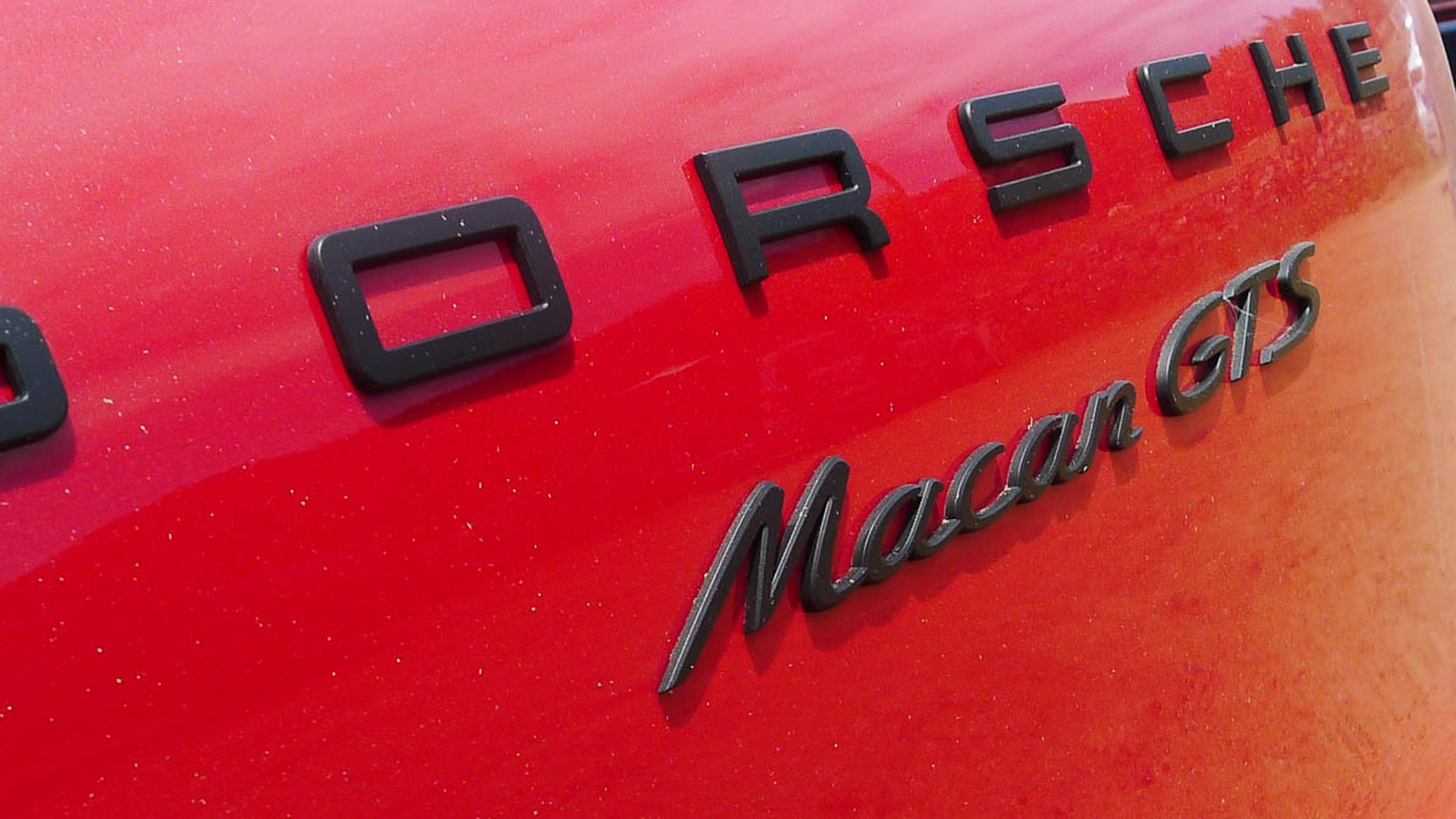 Porsche's strategy for old GTS models had been magnificent in its mission: Even if buyers couldn’t afford faster cars, there was still a race to empty whatever they had left in their wallets.

Engineers insist that’s not the case with the 2017 Porsche Macan GTS. This is the “target” Macan, they say. All other Macans are derivatives.

Porsche buyers go nuts on options: Sport Chrono for $1,800, painted key fobs for $525, brushed aluminum kick plates for $250, Burmester sound for more than $5,000, and so on. The GTS trim on any Porsche used to be the ultimate “option” in some circumstances: more style, not a ton of substance.

That’s not explicitly true for the Macan GTS. For starters, the GTS boosts output from the same turbocharged 3.0-liter V-6 in the Macan S from 340 horsepower up to 360 hp. The twist in the GTS is similarly increased, from 339 lb-ft to 369 pound-feet. 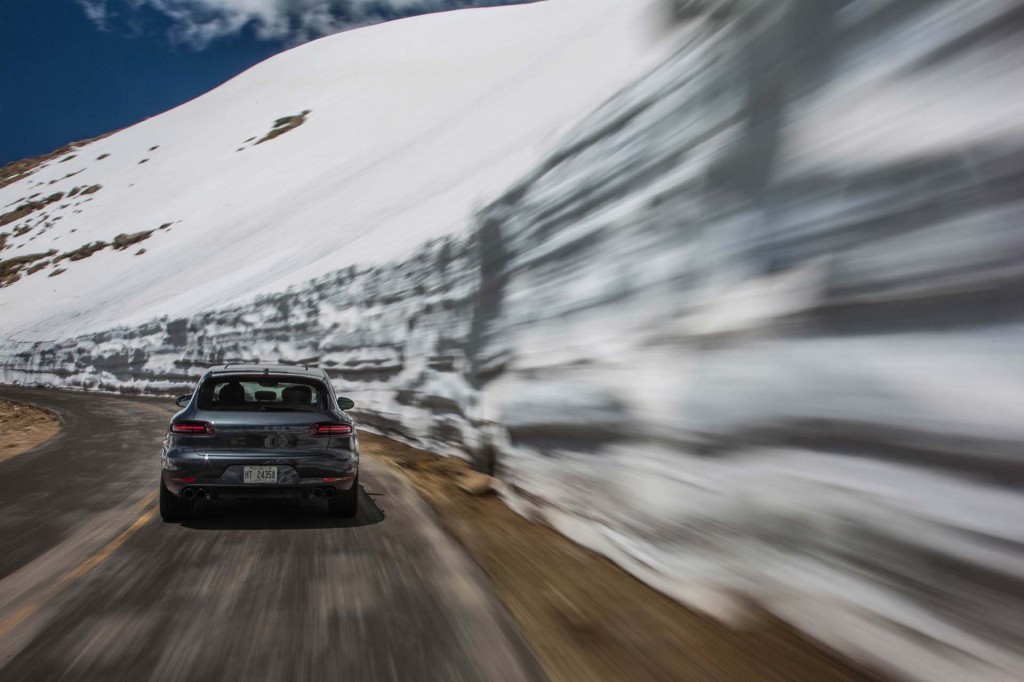 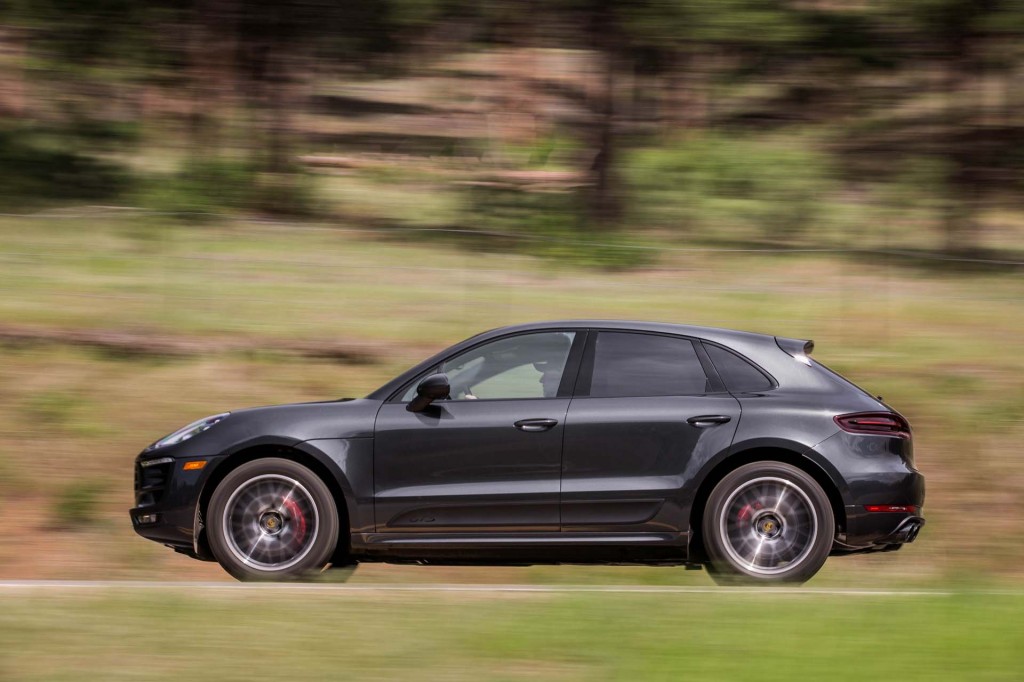 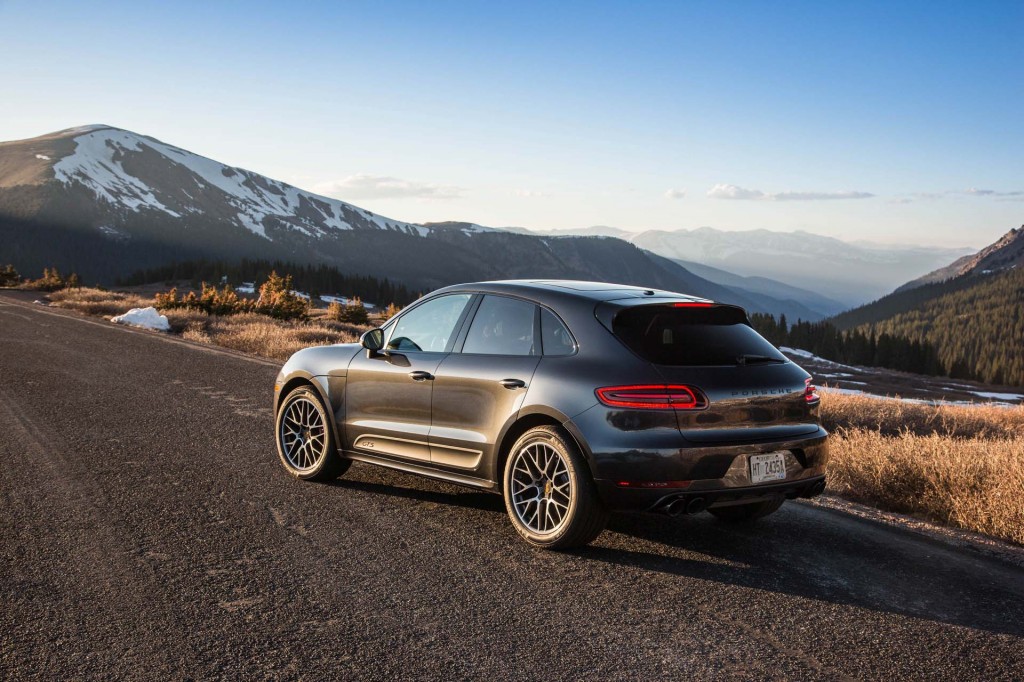 The GTS gets bigger anchors at the corners, too. The front rotors are 10 mm larger than those of the Macan S (rear rotors are the same size), and the treads are wider by 30 mm up front and 40 mm out back. Stopping power has effectively been increased by a magnitude of half a face peel, according to me.

The ride height on the GTS can be lowered by roughly half an inch compared to the Macan S by way of the Porsche Active Suspension Management, which is standard on all GTS models. The air springs on PASM also raise the car for “Off Road” mode, which many Macan GTS buyers will use less than a laminated wedding dress.

The four-seater is best when slung low and menacing. Its combination of matte black below the windows, and gloss black above the windows, sets off the GTS best when paired to Carmine Red, a seductive, lipstick exterior shade closer to crimson and I just lost my train of thought. Big, 20-inch black Spyder wheels are a step up from the 19-inchers on the Macan S and black quad-tipped exhausts finish the Macan GTS’s look.

There’s no exhaust legerdemain in the Macan GTS, according to Porsche. It’s au naturel on the way out, and only mildly amplified in the cabin (not created) on the way in. An active exhaust button on the center console (one of 39 buttons, mind you) toggles the deep runoff crackles’ volume between 10 and 11.

Inside, the GTS is shod with Alcantara seats and Rhodium Silver (elegant) or Carmine Red (awesome) contrast stitching and seat belts. Porsche can even throw in a Carmine Red center tach if you need all the red. For at least $1,100 more, you can upgrade the seats with more power adjustments and deeper leather, but we say skip it: Our base thrones felt snug enough, and it was easy to find a comfortable driving position.

Interior materials are typically Porsche: rich, supple, and expensive. Its passenger packaging is just as tight as other Macan models, and the small SUV may be better considered as a four-seater with only enough back seat room for children (sans car seats) or mid-size adults who don’t need a lot of head room. There’s just no escaping that sloping roofline. 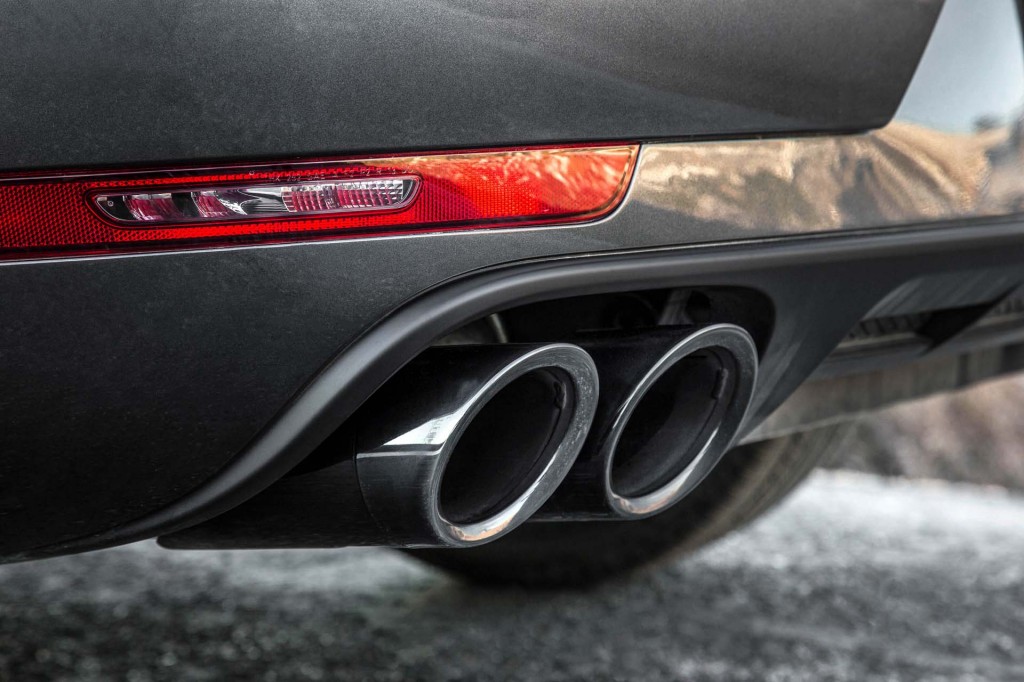 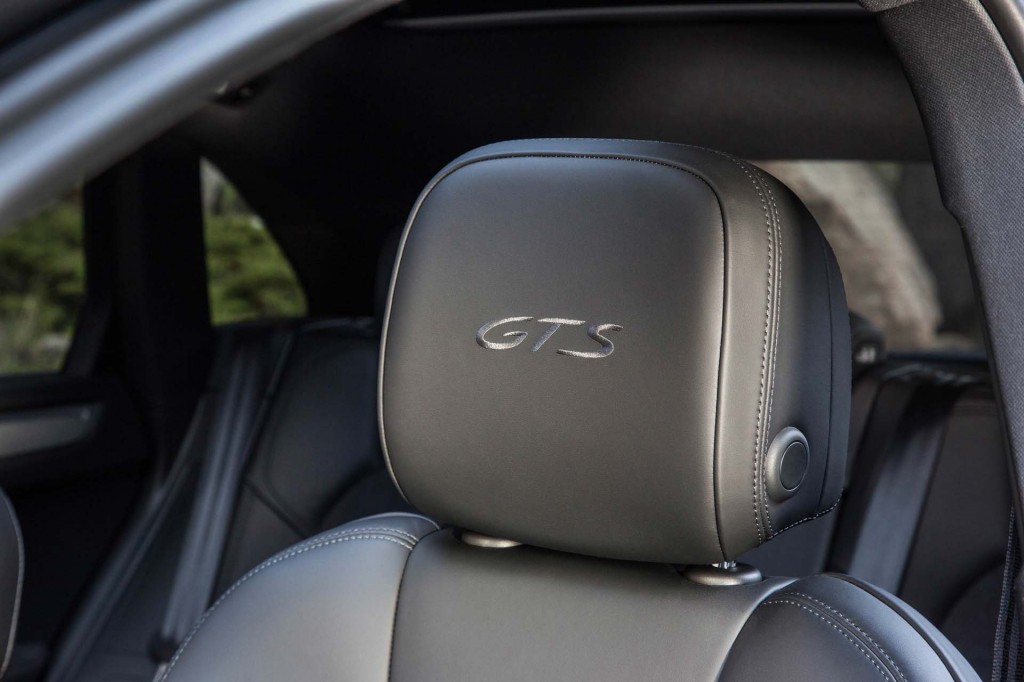 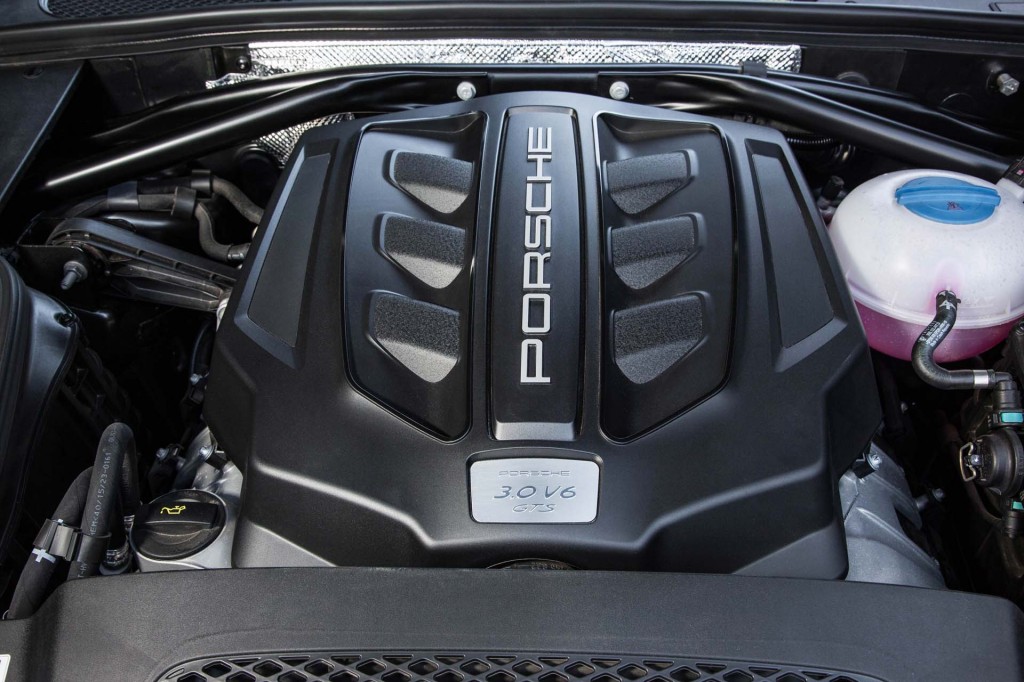 The Macan GTS’s playground for our drive is Colorado’s world-famous Pikes Peak; a 12.42-mile, 156-turn masterpiece known more outside the U.S. than along the Front Range. Each year, the mountain hosts a race up to its 14,114-foot summit, which Porsche driver and World’s Most Interesting Man-candidate Jeff Zwart has won multiple times in different classifications. Thankfully, he’s our figurative Sherpa for the morning run.

The way to use the Macan GTS, according to Zwart, is to consider it to be a sports car. Its power peaks, rather than plateaus like in the Macan S. It’s best to gun and run, find another gear, and mash the accelerator some more. Our 6 a.m. run up Pikes Peak follows Zwart and his racing line that darts between permafrost imperfections in the road, and runs inches close to deep snowpack that’s been carved out in early June. The speed limit up the mountain is a predictably sane 20 mph, which we religiously adhere to—even on the racing line. (Motor Authority’s legal department can stop reading here, thank you.)

According to Porsche, the Macan GTS’s all-wheel-drive system is heavily rear-biased, but it’s hard to tell: The engine is pushed so far forward in the Macan that the front tires are more likely to push into understeer than the rears are to rotate in oversteer. It’s possible to break loose the rear end, especially in successive hairpins up Pikes Peak, but it’s not the fastest way up the mountain, nor does it feel all that satisfactory.

Instead, the Macan GTS is best when its rigid and capable chassis is pressed into duty. Despite weighing 66 pounds more than the Macan S, the GTS handles its weight with aplomb and settles back to neutral quickly, eager for its next command. Drivers will find that even with the deep front buckets, they’re sitting on top of the SUV’s center of mass (not in the middle of it) and the steering is a little too light to relay meaningful information. Regardless, the Macan GTS makes clear in its body talk when it’s done transferring weight and the all-season Michelin Latitude rubbers, which are standard equipment, are eager accomplices in attacking more twisty roads.

A word on grip: The GTS has more mechanical grip than I have courage on mountain road with sheer drops. If you’re wondering why I didn’t drift Brown Bush Corner, look up “Evo Falls Off Pikes Peak.”

The engine only tries to keep up with the rest of the car. According to Porsche, all 360 horses come forward at 6,000 rpm, but the power peak feels earlier than that. Sport Chrono-equipped Macan GTS cars can use a “Sport Plus” setting that holds gears longer and stiffens the ride, but too often we found the Macan running out of ideas close to redline, and we begged for the next gear to find better acceleration. The Macan GTS’s “Sport” setting seemed to do just that, and we found ourselves dialing down the GTS to gear up quicker in spirited driving (under 20 mph, of course).

Drivers can intervene sooner if they choose. The standard 7-speed dual-clutch PDK transmission comes with paddle shifters that quickly swap cogs upon command and can bring the Macan GTS closer to its sweet spot than “Sport Plus” did for us. Shifts come quickly, and we could bang out quick and consistent runs up to 60 mph all day. According to Porsche, the Macan GTS hits 60 mph from a stop in 5.0 seconds, or 4.8 seconds when Sport Chrono is equipped.

(Disclaimer: A Macan GTS managed to overheat on a run up Pikes Peak for a colleague. According to Porsche, the car's accessory belt snapped during the drive. The belt was replaced under warranty and participated the next day without further issues.) 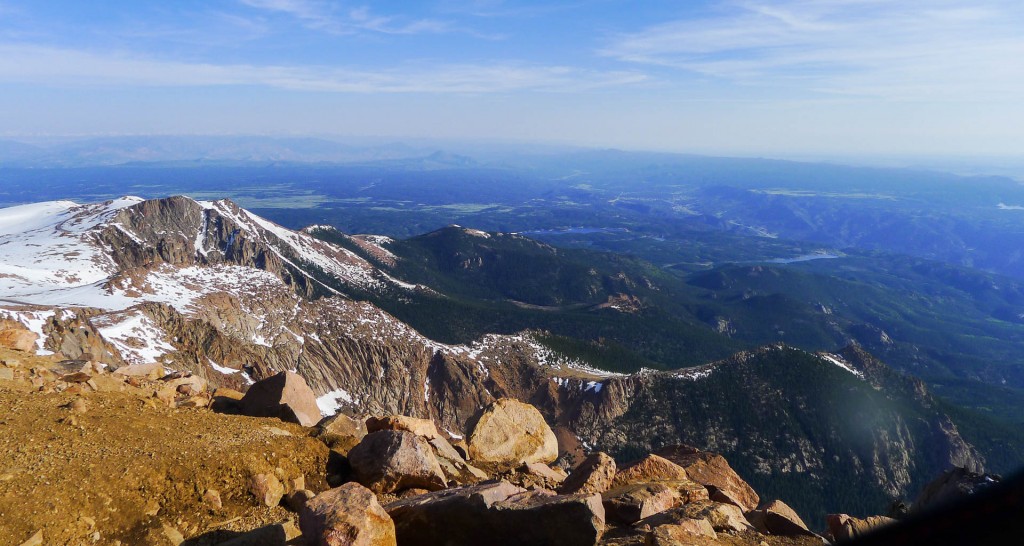 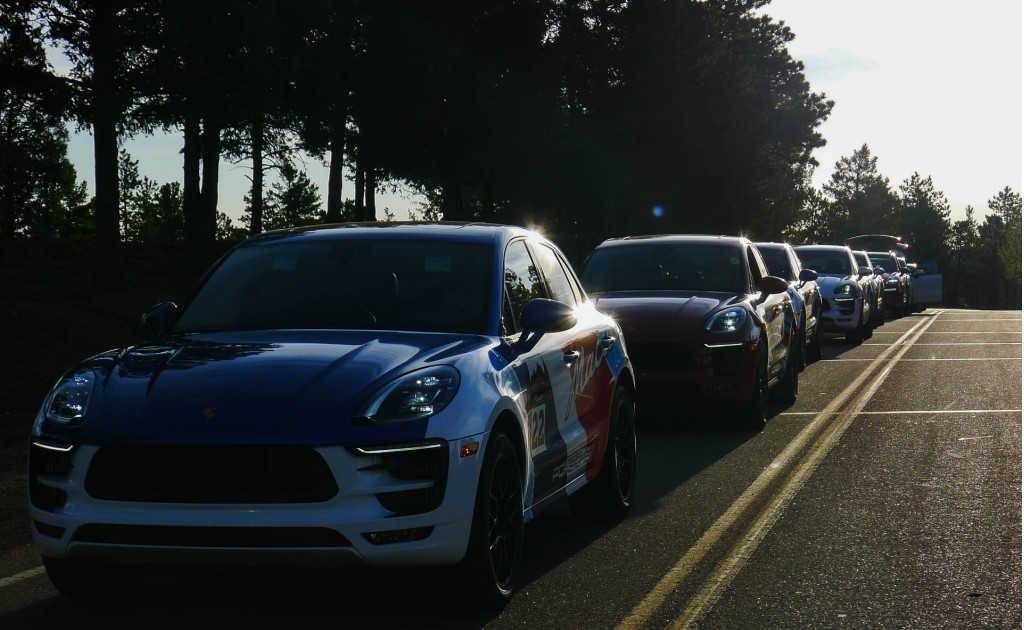 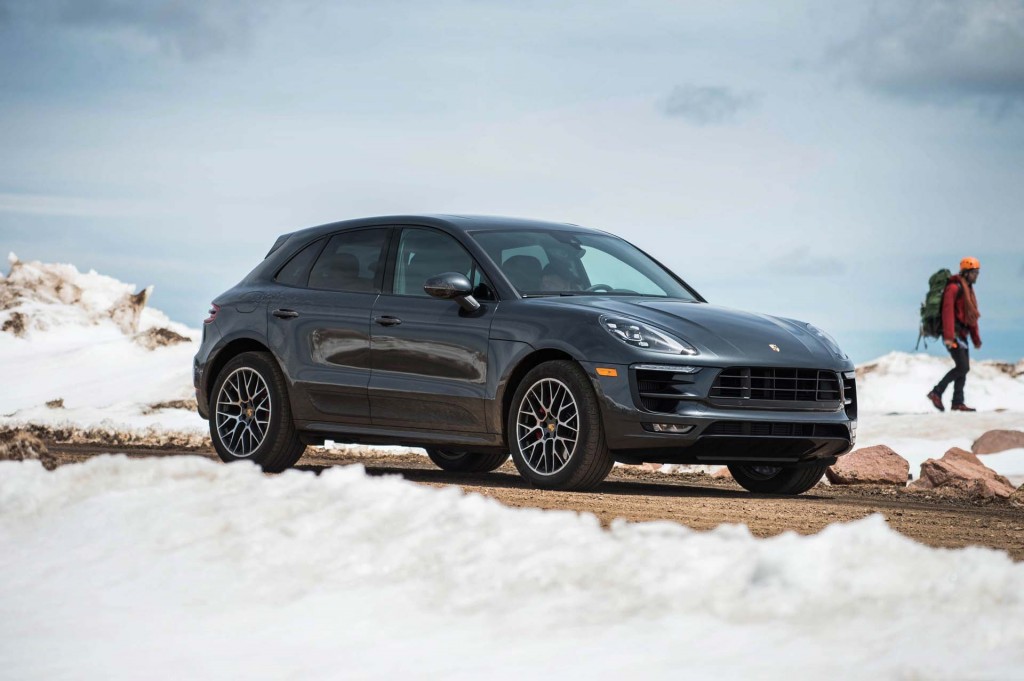 A much more relaxed 220 miles after the run up Pikes Peak—and up North America’s tallest paved road, Mt. Evans—revealed the Macan GTS is happy settling into daily duty. The engine becomes unobtrusive beyond the light growl from the exhaust when it’s not active, and the ride is equally quiet.

We have quibbles: Without equipped navigation, the big “Nav” button on the infotainment remains and when pressed brings up a screen reminding you that you didn’t spring for $1,730 of programming with your $68,000 car. Active lane control ($1,380 option) sounds too much like ordinary rumble strips to command that kind of premium, Porsche Connect Plus ($1,300 option) still doesn’t include Android Auto, and the paddle shifter posts could be bigger.

It’s true that the Macan GTS is the best handling SUV on the planet, but perhaps its best sports car quality is still the ability to run up the price.

These driving impressions are from an invitation-only automaker launch event that allowed special access to the vehicle and executives. Porsche covered our overnight accommodations, meals, and some transportation costs.