Alfa Romeo is close to completing development of a new SUV to take on the BMW X3 and Mercedes-Benz GLC.

It's expected to be called a Stelvio and has been confirmed for a world debut in mid-November at the 2016 Los Angeles auto show.

The Stelvio is the second model to ride on Alfa Romeo’s rear-wheel-drive Giorgio platform that debuted in the Giulia sedan, albeit a high-riding version of the design.

It's expected to initially arrive in high-performance trim, which for Alfa Romeo means the Quadrifoglio label. A similar strategy was employed by the Italian brand for the Giulia which is due to go on sale in the United States later this year. 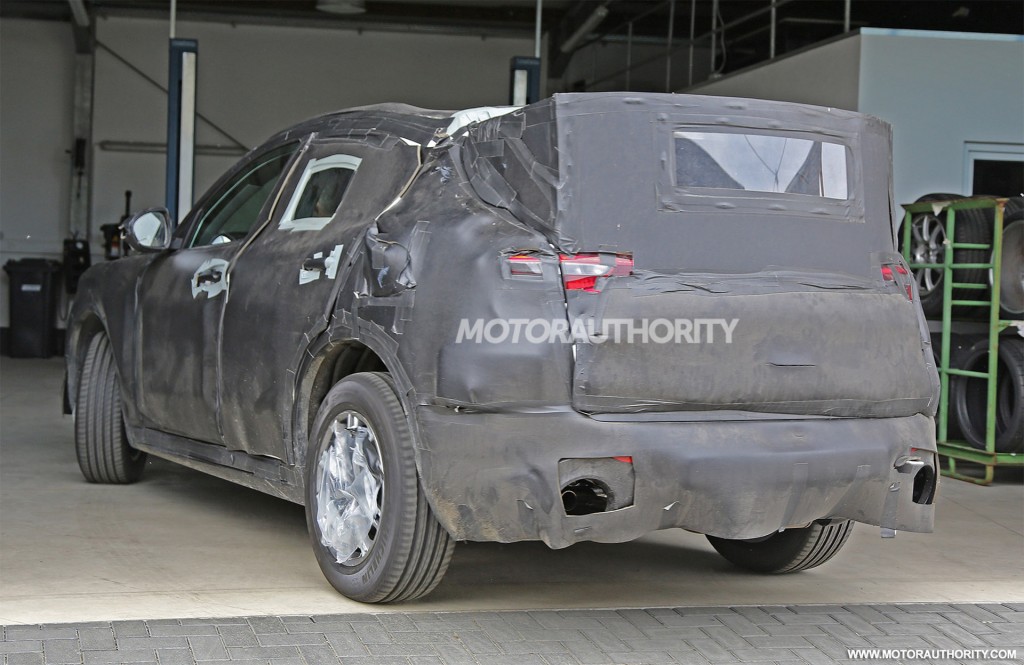 The Stelvio Quadrifoglio is expected to feature a similar specification to the Giulia Quadrifoglio, which means a twin-turbocharged 2.9-liter V-6 under the hood delivering upwards of 505 horsepower and 443 pound-feet of torque.

We’ve heard the engine may be retuned for more torque but less power in the Stelvio, which may prompt Alfa Romeo to also drop the Quadrifoglio designation. Nevertheless, the targeted vehicles for this particular Stelvio variant will be Porsche’s Macan Turbo as well as the upcoming BMW X3 M and Mercedes-AMG GLC63.

Tamer Stelvios should come with a turbocharged 2.0-liter inline-4 delivering 276 hp and 295 lb-ft. This same engine is featured in the Giulia’s base and Ti (Turismo Internazionale) trim levels. Transmissions should include 6-speed manual and 8-speed automatic units.

The L.A. auto show gets underway November 14. To keep abreast of our coverage, bookmark our dedicated hub.