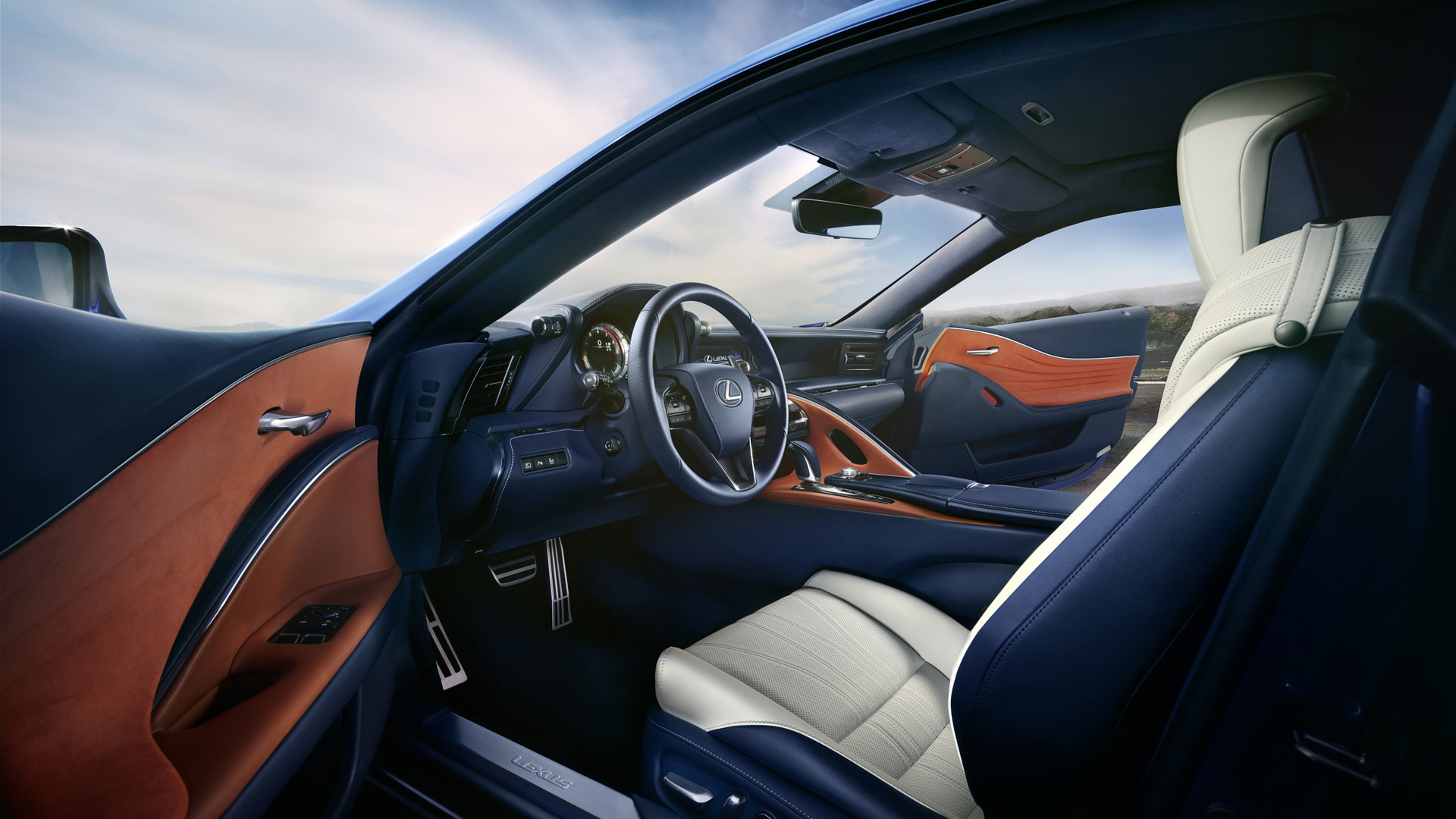 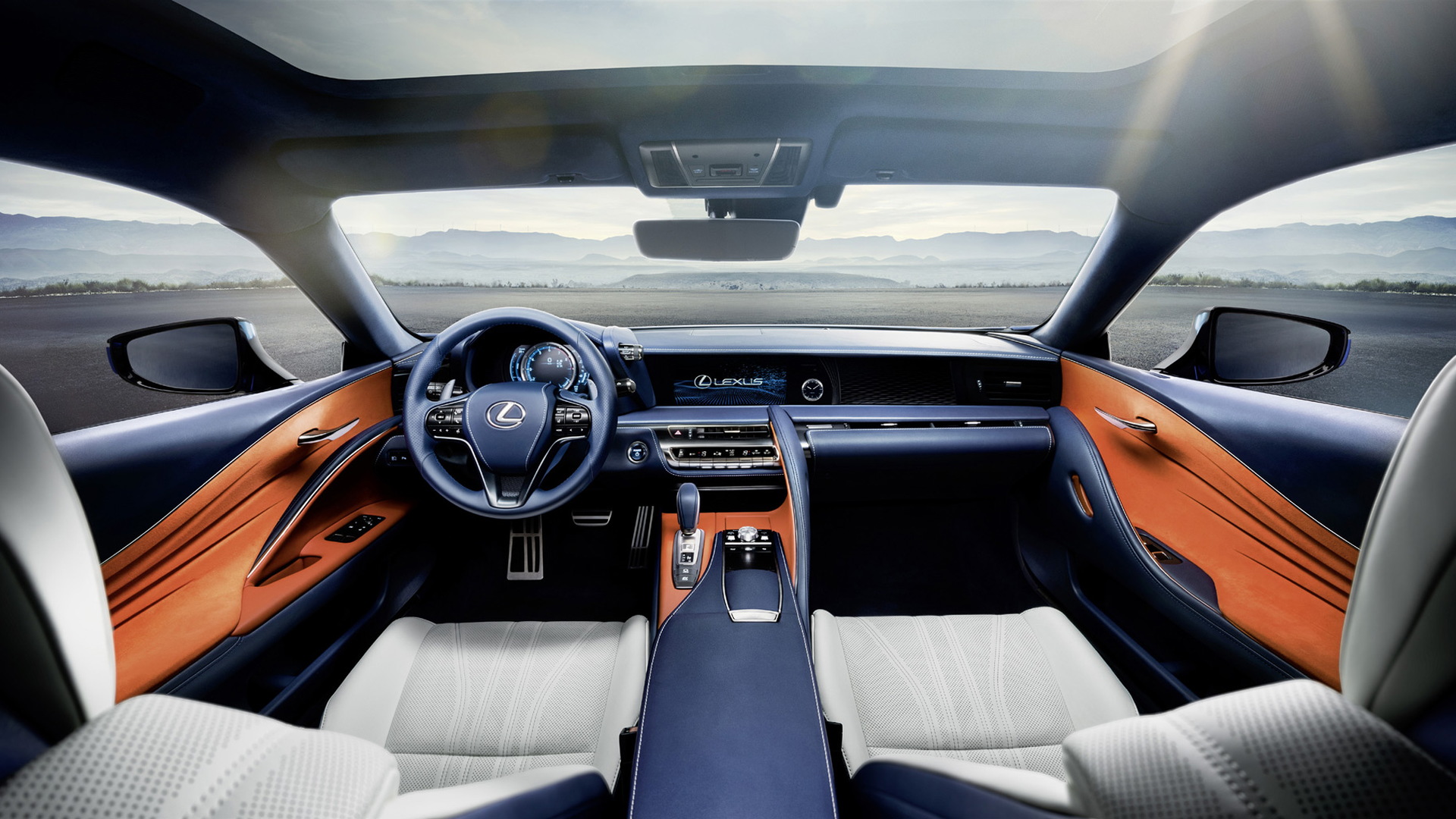 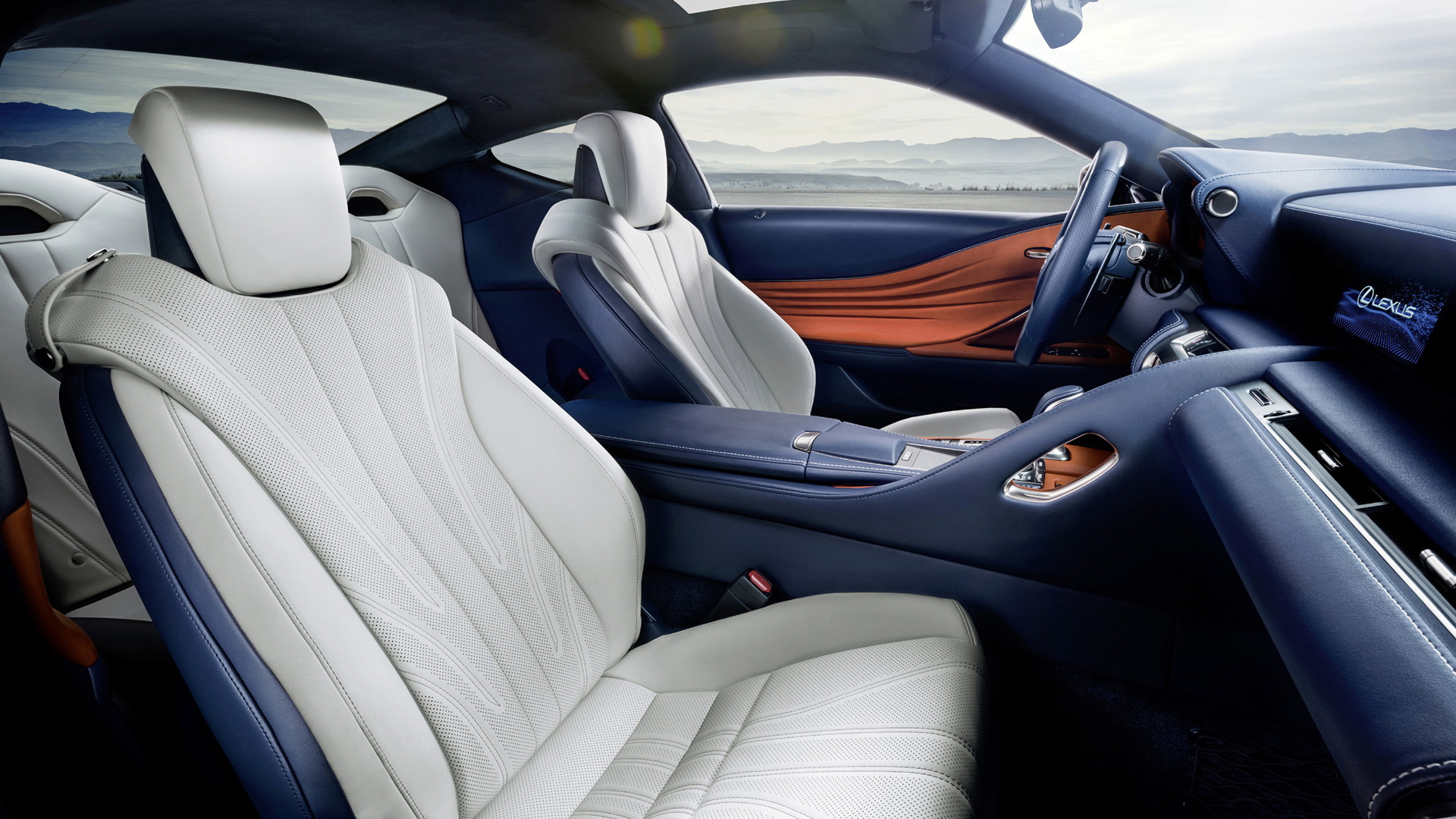 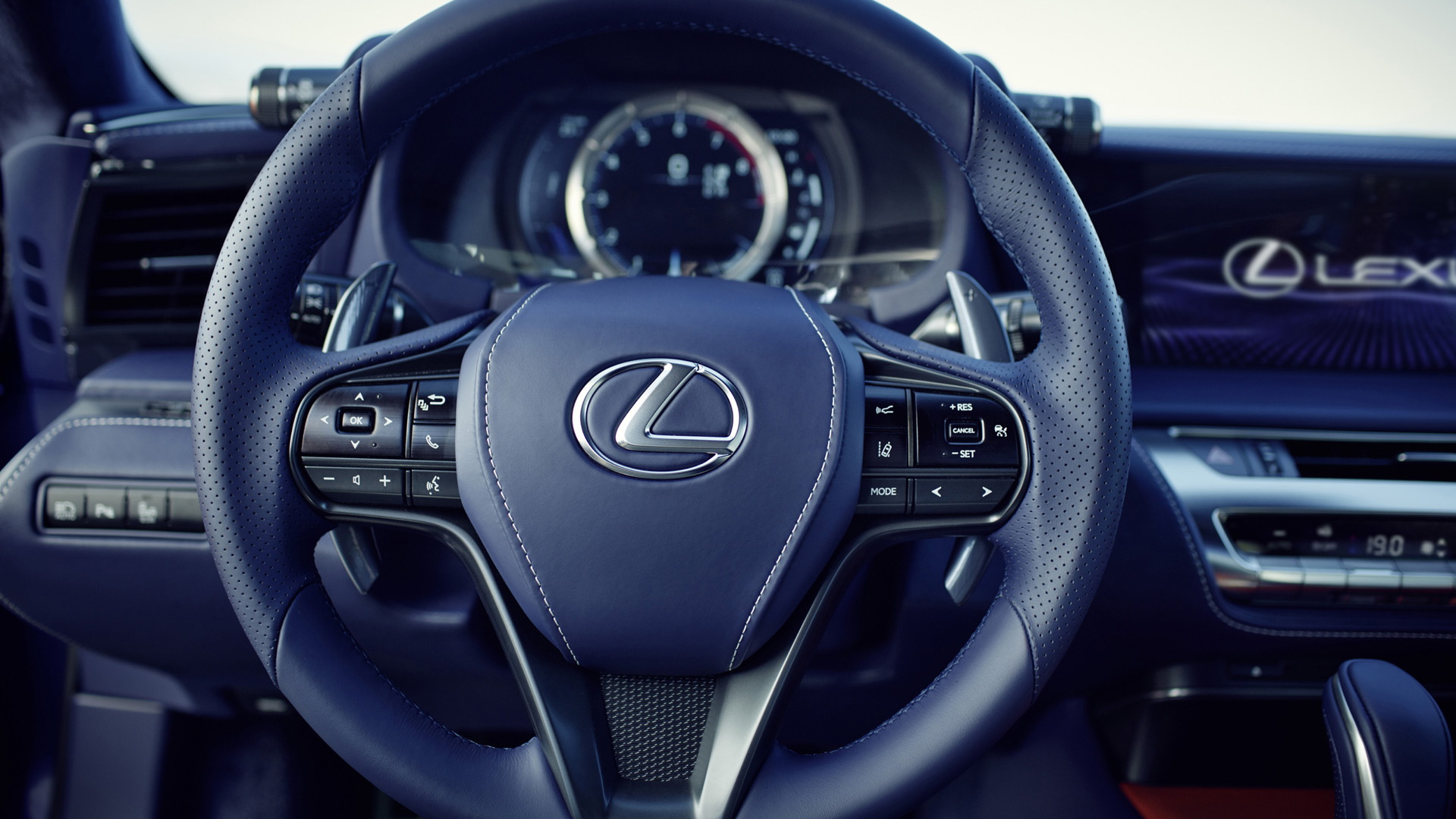 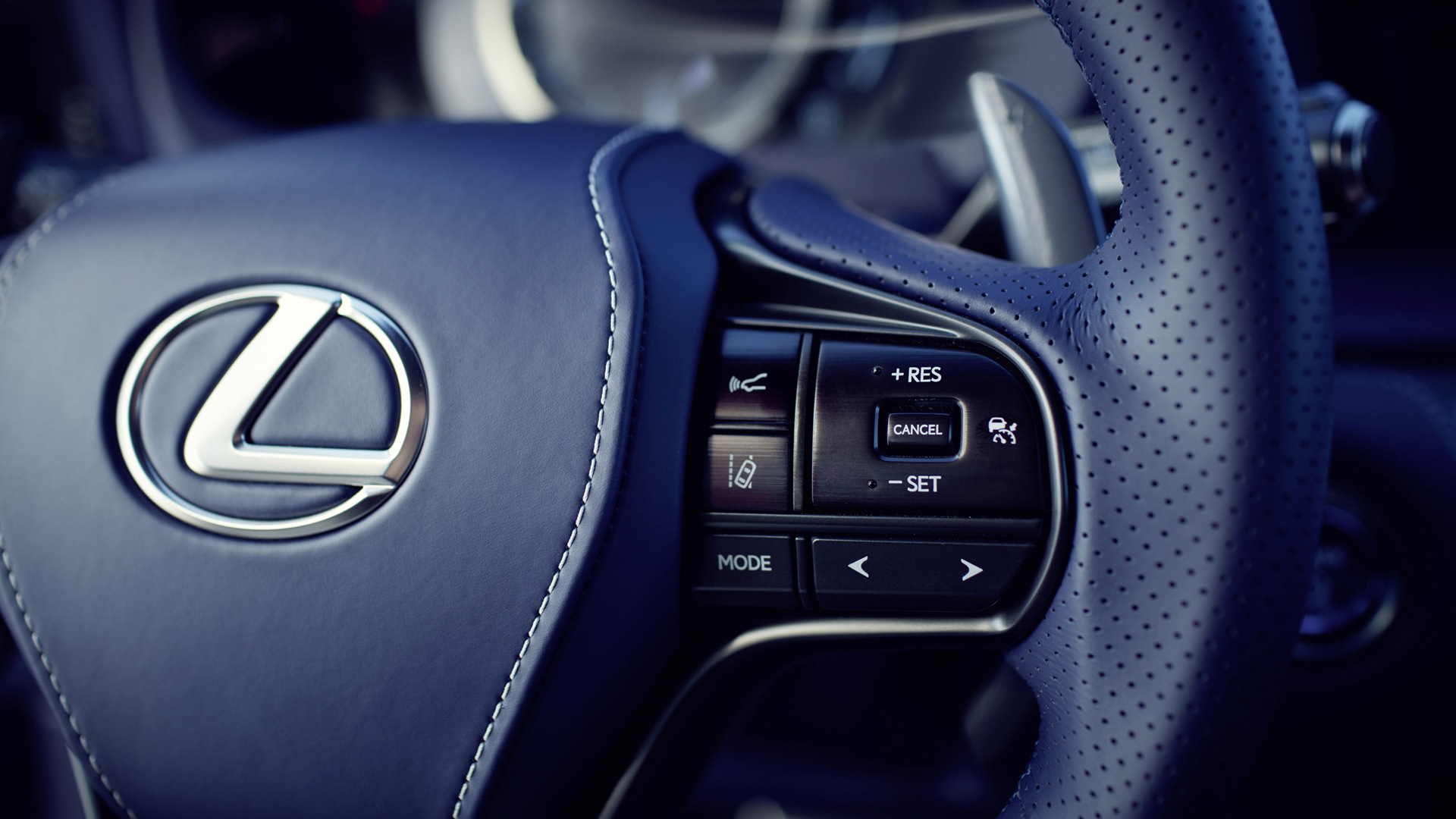 The 2018 Lexus LC luxury coupe has one of the most stunning interiors we’ve seen on a production car.

This was no small feat for the Lexus design team, as explained by one of the automaker’s “Takumi” craftspeople.

Many of the manufacturing techniques to be used on the LC, due in the United States early next year as a 2018 model, were learnt during the days of the LFA. In fact, the LC will be assembled at the same Motomachi plant in Japan responsible for the former Lexus supercar.

“The LC will be built at the Motomachi plant, the same factory where we produced the LFA and some of the Takumi who worked on that model are now working exclusively on the new coupe,” said Lexus Takumi Koji Sato. “This way we have been able to tap into their knowledge and experience in areas such as the carbon fiber components, leatherwork and hand-finishing.”

This is obvious when you glance at the LC’s cabin. You won’t find any dull plastics because almost every surface will be lined in upholstery, typically Alcantara or leather. These materials will also be accented with creative stitching and small perforations as a bespoke touch.

And beyond pleasing the eye, the design of the cabin is also ergonomic. As Sato explains, a “Takumi master driver” spent long periods driving prototypes to ensure all the details felt right. For example, for the steering wheel, the Takumi would constantly refine the profile to come up with an ideal elliptical grip that fits best in the driver’s hands.

The same intensive process was applied to the paddle shifters to achieve the perfect fit and placing for the hands, we’re told.

Lexus has unveiled two versions of the LC, a V-8-powered LC 500 and a V-6-based hybrid LC 500h. The LC 500 features Lexus’ familiar 5.0-liter V-8 and will have a peak output of 467 horsepower. Drive in this model will be to the rear wheels via a 10-speed automatic transmission.

The LC 500h pairs a 3.5-liter V-6 with a new Lexus Multi Stage Hybrid system. It's a performance-oriented system that has both an electronically-controlled continuously variable transmission (E-CVT) plus a conventional multi-gear transmission that should provide the driver with a sporty shift feel. Peak output in this model will be 354 hp and drive will also be to the rear wheels only.