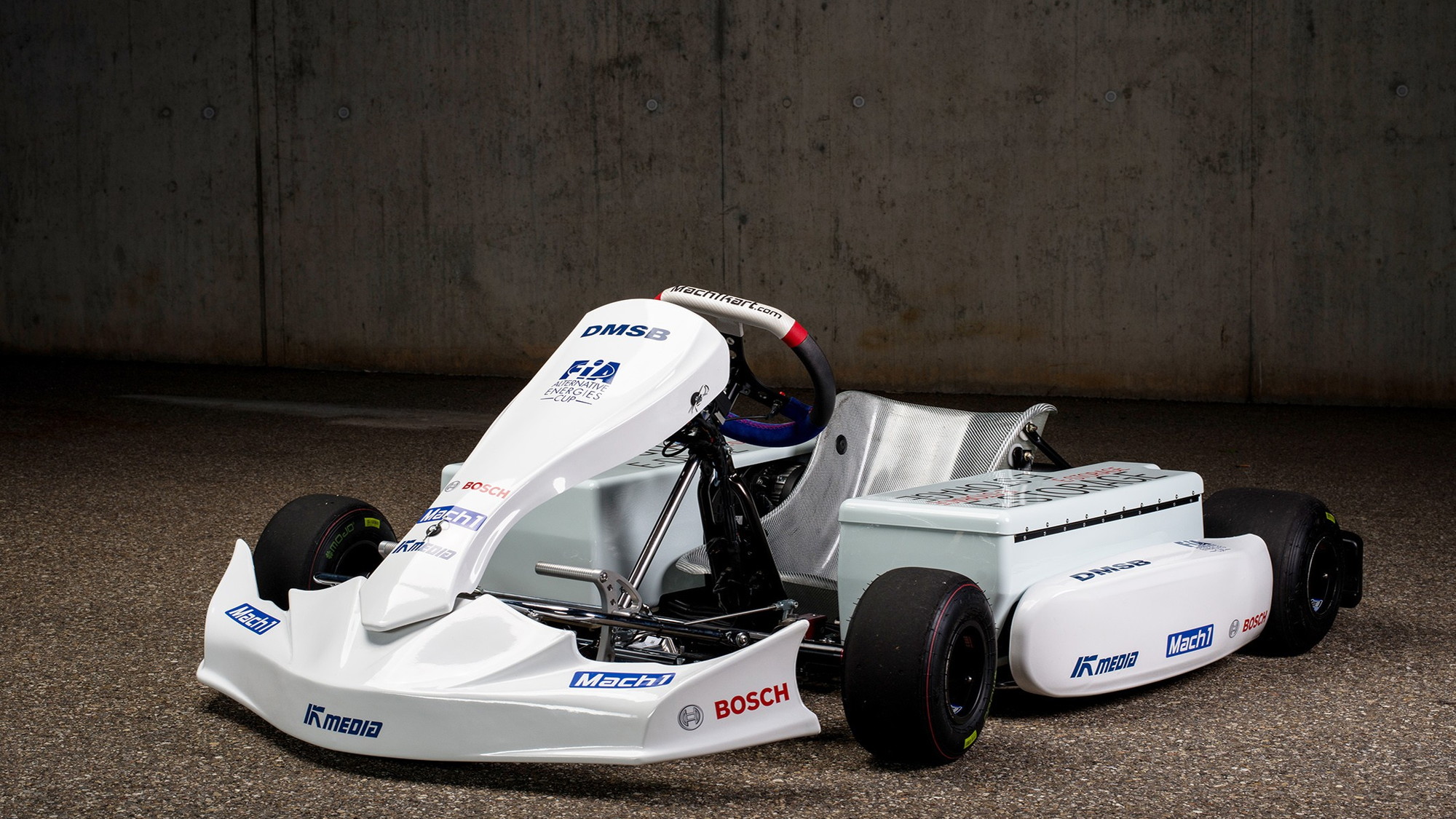 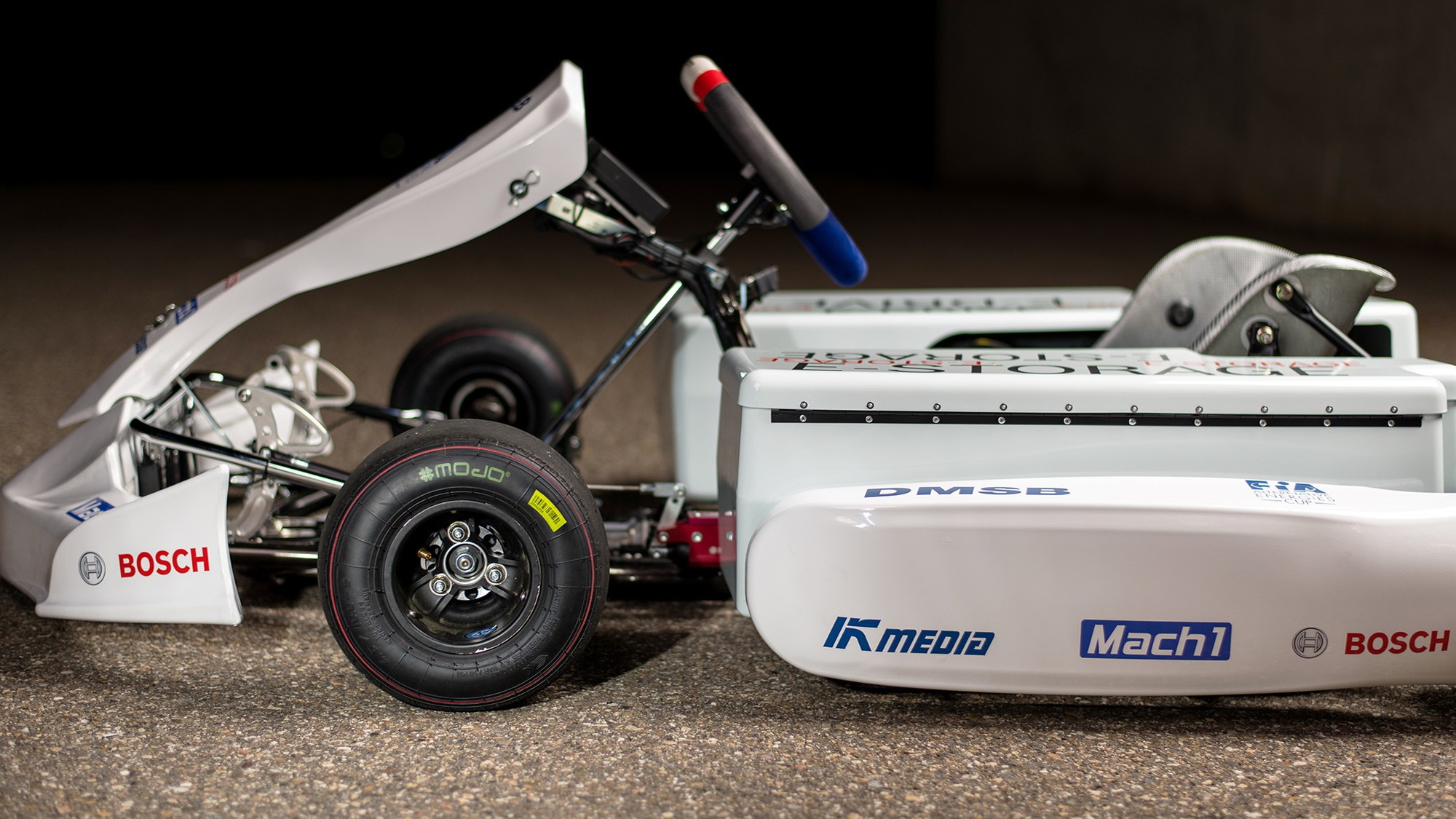 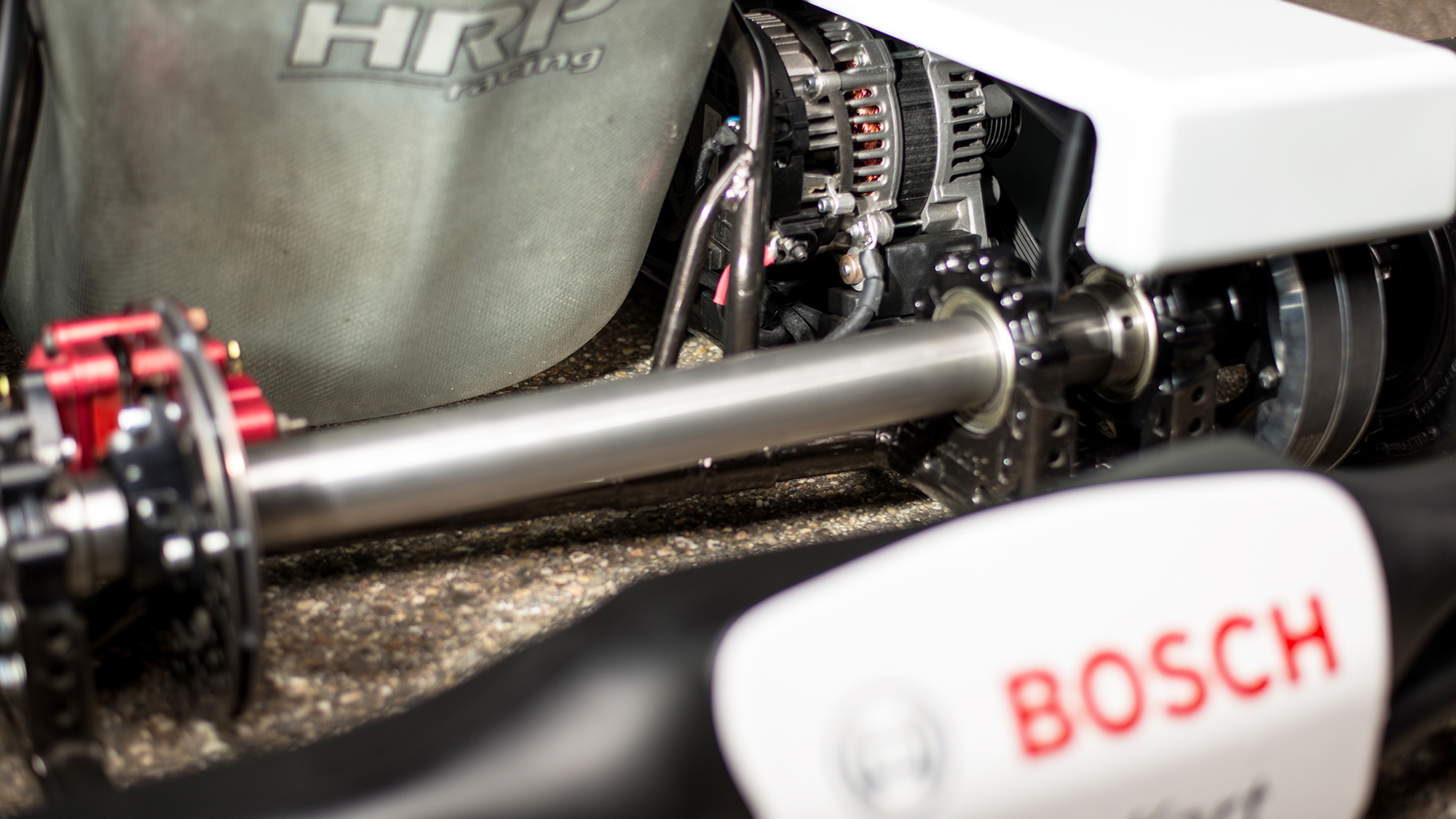 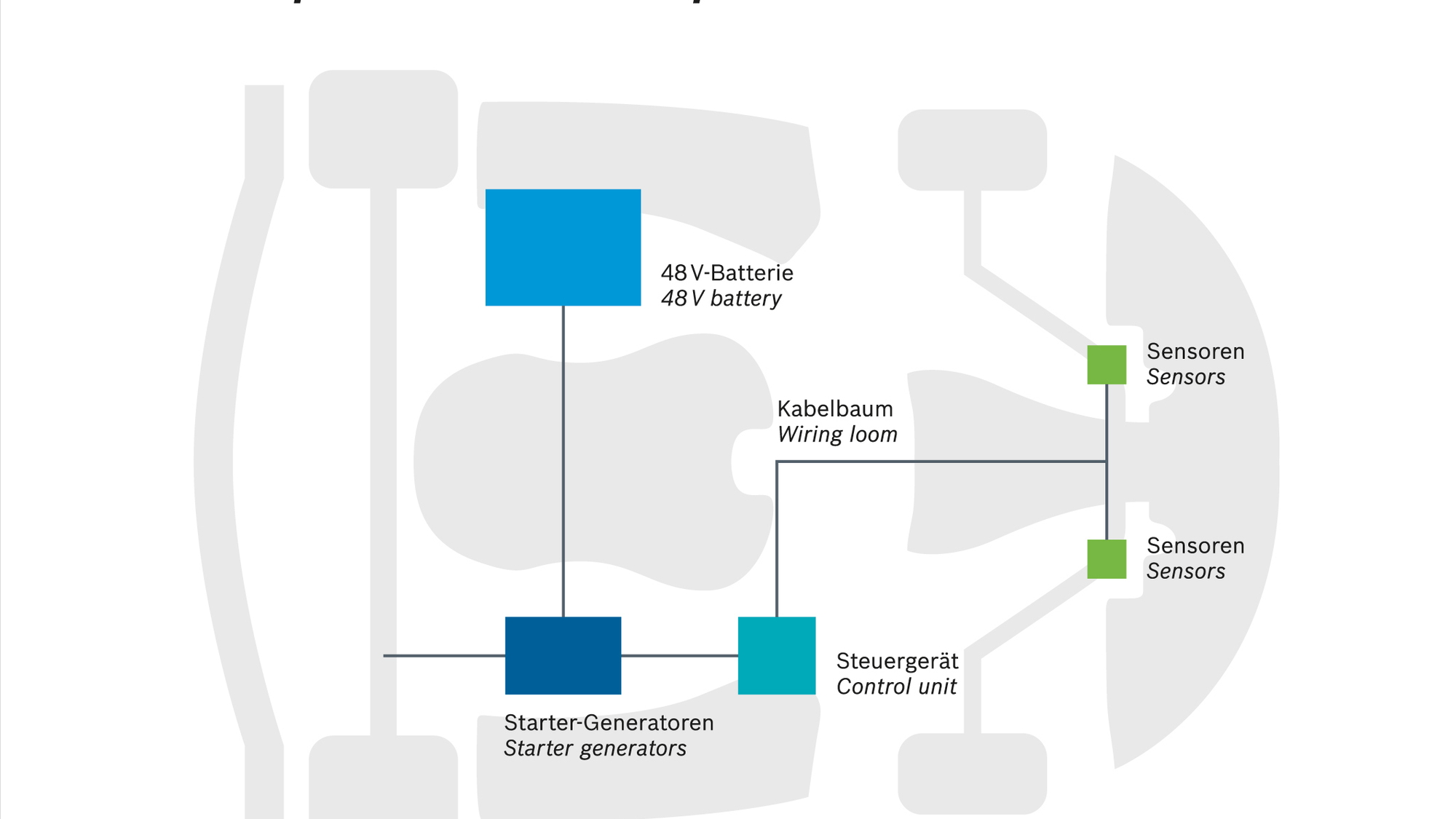 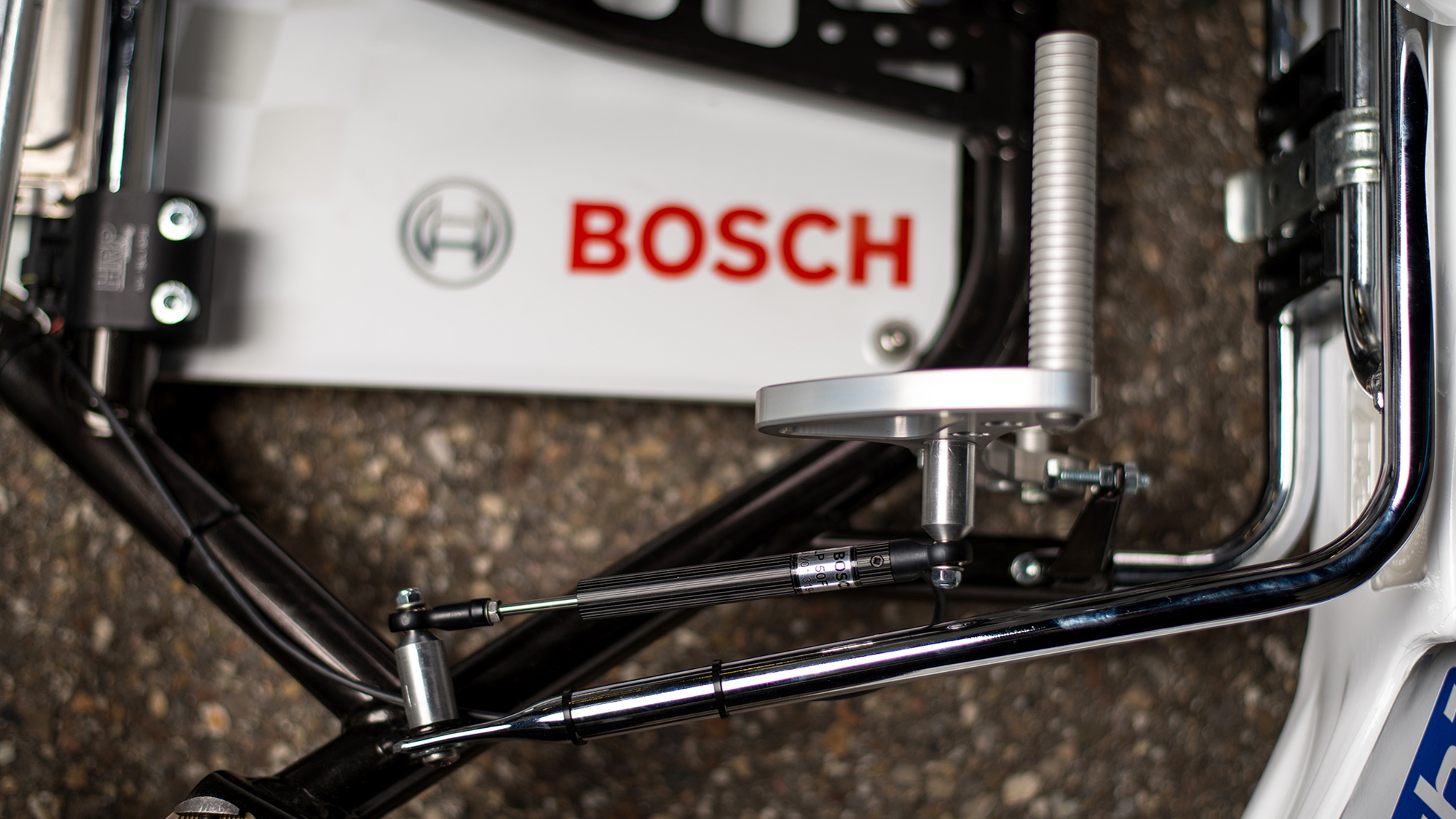 Bosch has created an electric go-kart that could change the face of entry-level motorsports.

Electric cars are known for, among other things, their instantaneous torque delivery. Simply press the pedal and, unless they have been tuned otherwise, they can deliver up to 100 percent of the motor's thrust immediately.

The Bosch e-kart, for now a prototype, makes the most of its electric motors and integrated battery pack. The German engineering firm says the little kart can scoot to 62 mph from rest in fewer than five seconds before topping out at more than 80 mph. That's good acceleration for a car, let alone a kart where there's little between the driver and the tarmac.

Drive comes from two electric motors and a 48-volt lithium-ion battery that can be topped up with an energy recovery system. The electric motors develop a combined 26 horsepower and 220 pound-feet of torque and spin the rear wheels only.

The e-kart has been built in conjunction with the FIA and the German Motorsports Association (DMSB) as a proof of concept for an electric karting series. Most professional racers get start in the world of karting, so an electric model could provide a good segue into motorsports should racing move further in the direction of electrification.