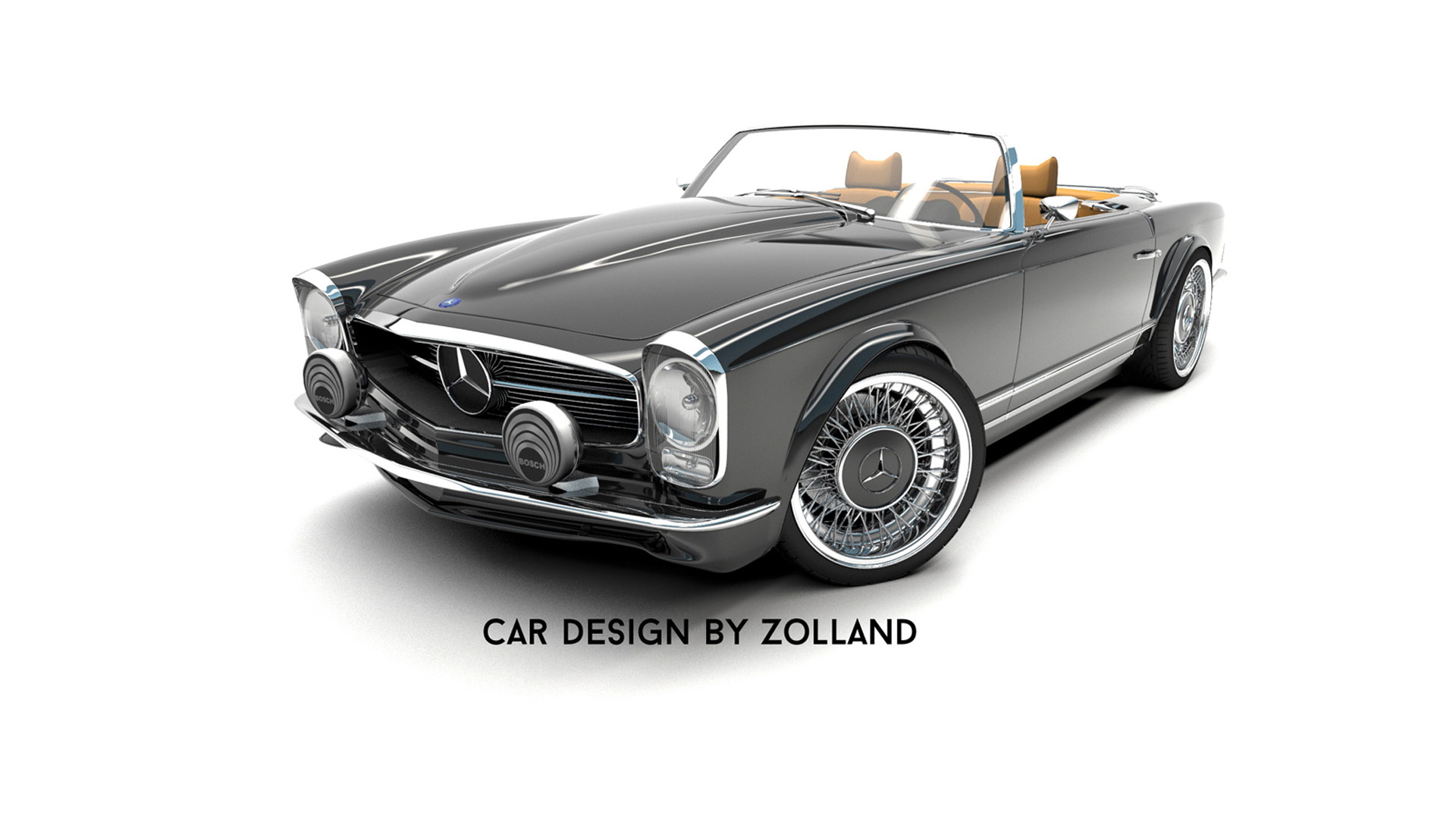 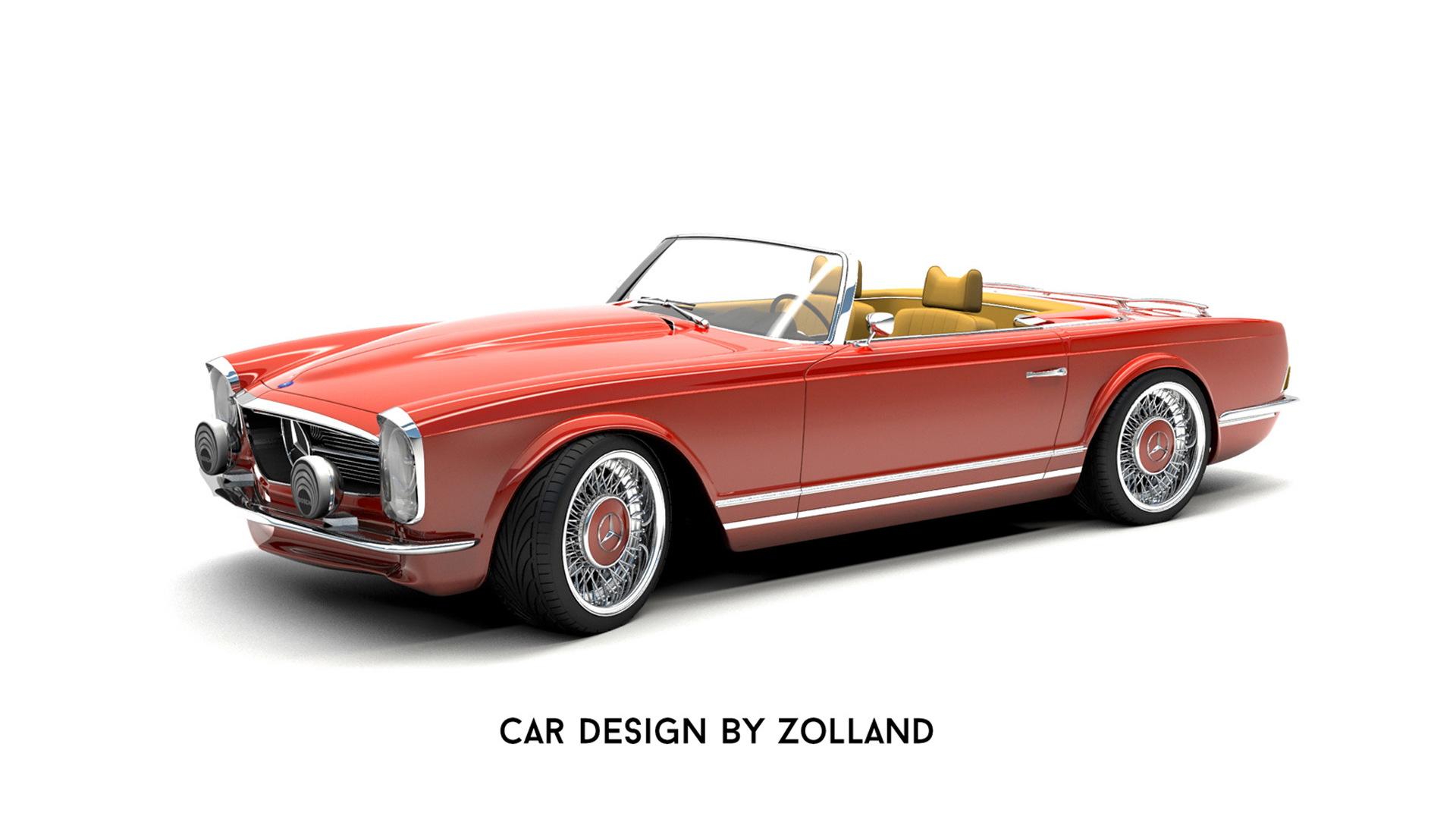 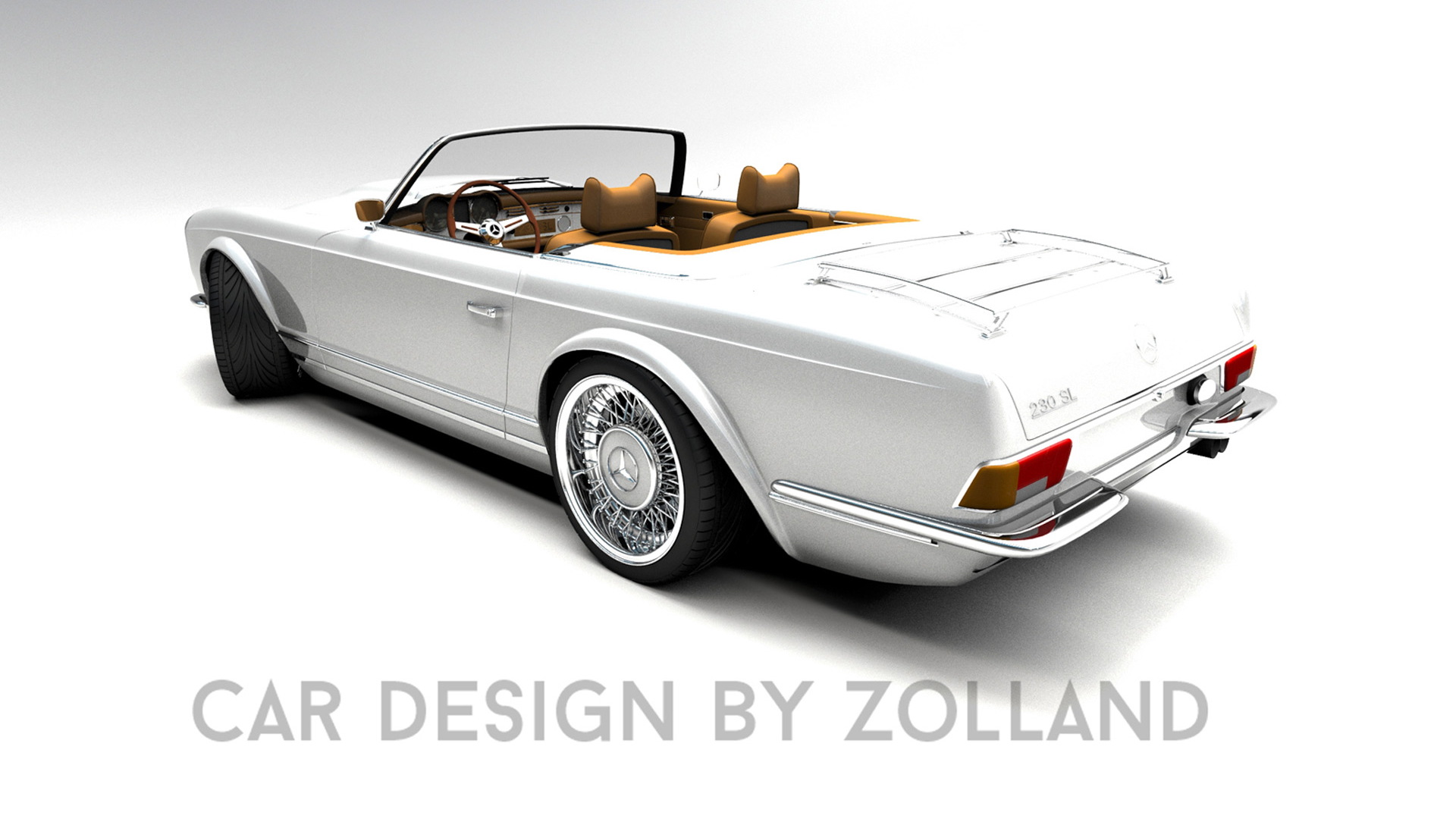 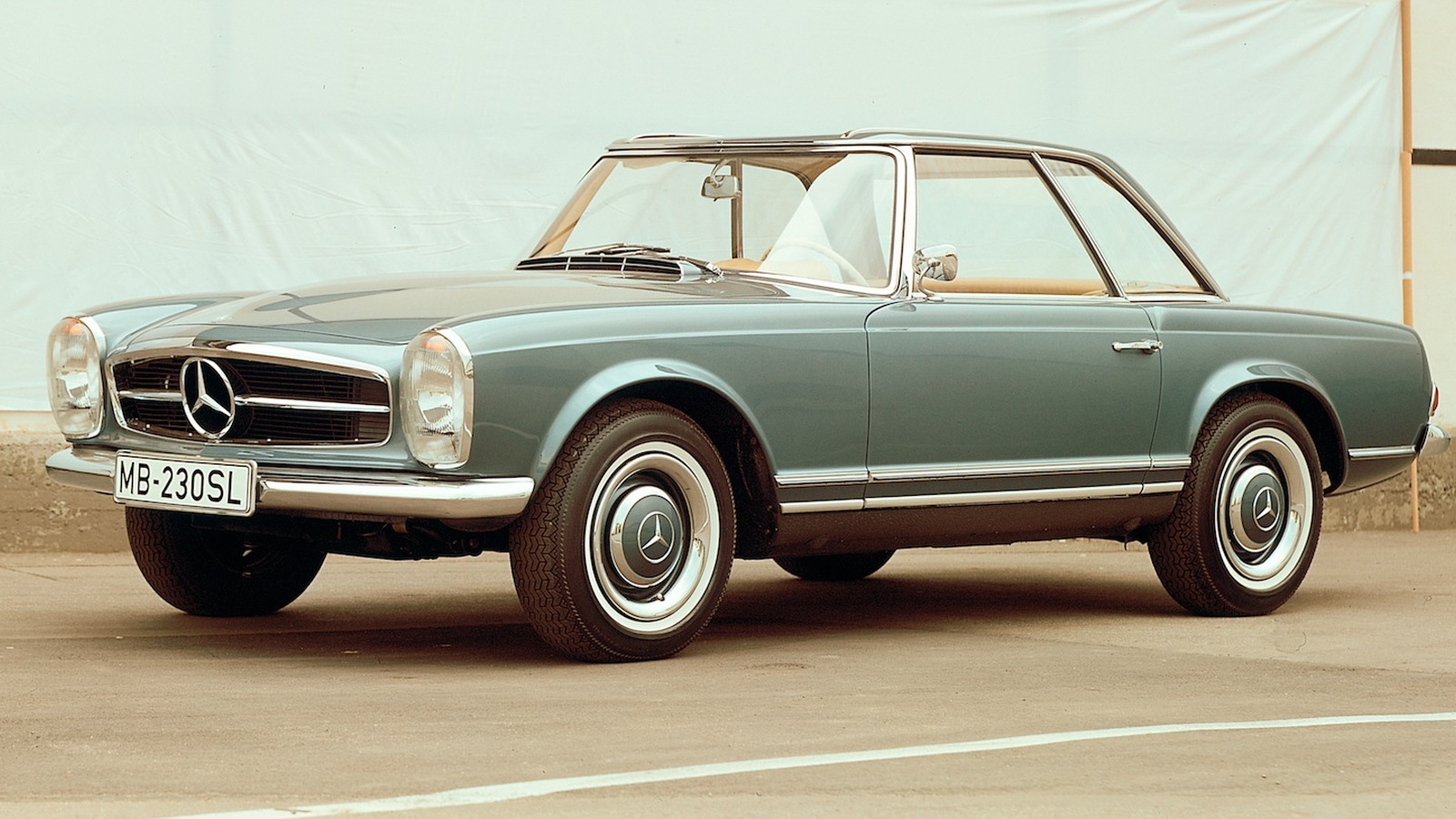 The Swedish design skunk works now has a new, much more ambitious conversion, this time for the fifth-generation Mercedes-Benz SL-Class.

The conversion turns the car into a classic-styled model resembling the hugely popular W113 SL built between 1963 and 1971. This is the one affectionately known as the “Pagoda” SL because of its removable hardtop that people thought resembled the frame of an Asian-style pagoda tower.

Zolland’s design was commissioned by a customer in Poland and will be carried out on a donor 2009 Mercedes-AMG SL63. All the mechanicals will be left untouched, which means the car’s 6.3-liter V-8 should be delivering a healthy 525 horsepower and 465 pound-feet of torque.

On the outside it’s a completely different story. Not a single body panel will be shared as these computer-generated renderings confirm. Key modifications include the new front section, the lower windshield and the fender flairs.

Even the retractable hardtop has made way for a more conventional soft-top. Unfortunately, it doesn’t appear that the customer has ordered a removable hardtop like on the original Pagoda SL.