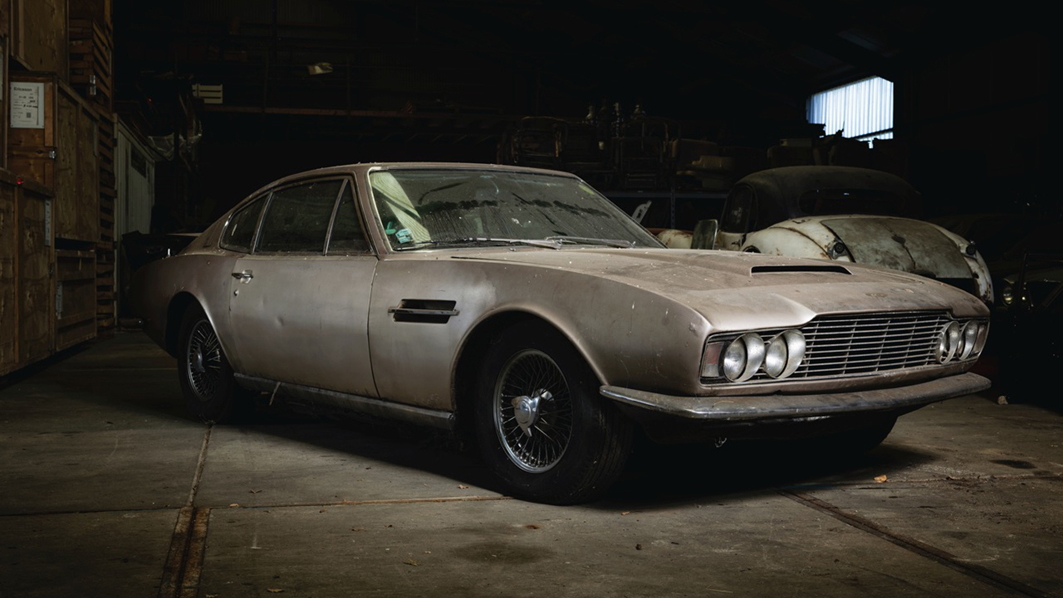 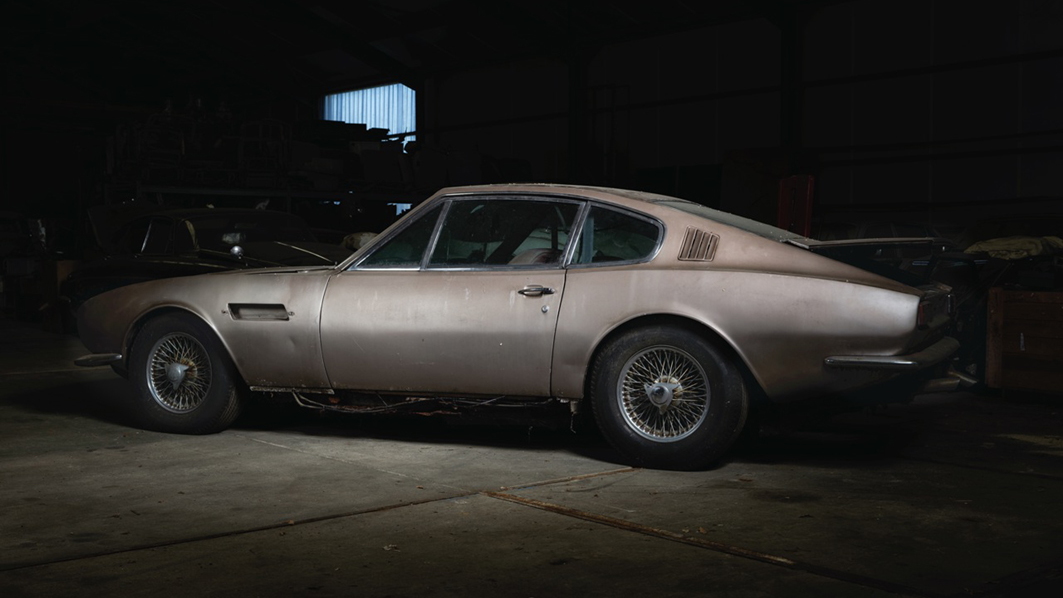 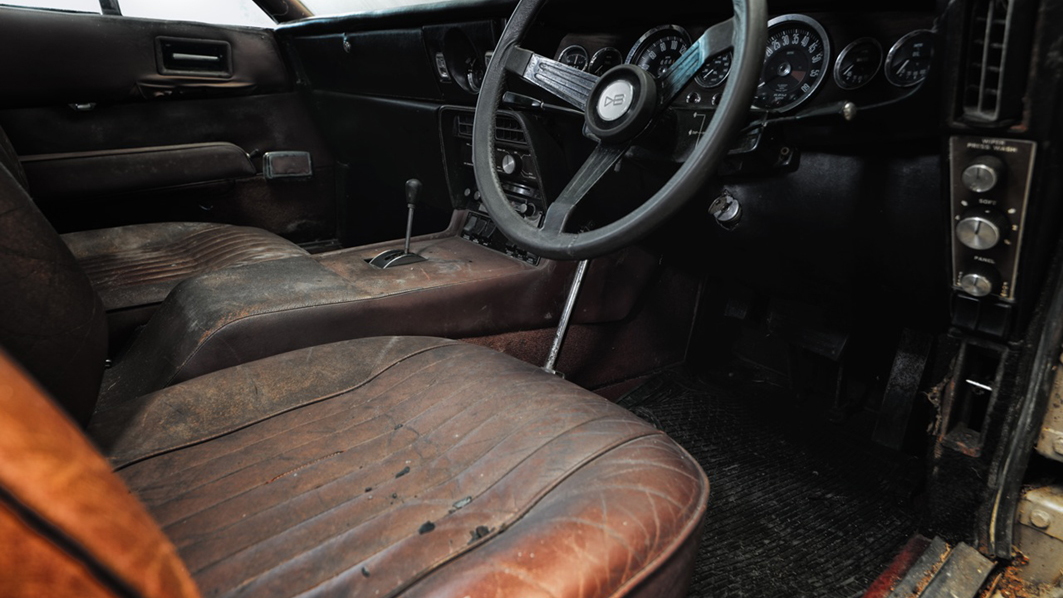 A rare Aston Martin DBS has emerged from a 30-year slumber in a barn on the quiet island of Jersey, the largest of the Channel Islands.

Headed for auction later this month at the historic Silverstone circuit in the United Kingdom, the DBS is a remarkably well-preserved example of a largely forgotten model that really changed Aston Martin's course in the late 1960s.

Before Aston Martin revived the DBS nameplate a few years ago, the brand jumped into the modern era with an all-new grand tourer. Not only was it Aston Martin's most modern model at the time, it was the last designed during David Brown's tenure.

The DBS debuted in 1967 as a follow up to the DB6, and while it brought the expected technical innovations and comfort refinements, what made it really stand out was its styling. Aston Martin scrapped what had become its trademark round headlamps in favor of a quartet of units wrapped in chrome that finished off a squared front fascia. However, a hood scoop and wire wheels remained, meaning the car still had enough cues to be associated with its predecessor.

CHECK OUT: Serious Mopar madness is heading to Mecum auction

A V-8 version popped onto the scene a couple of years later, but the 1968 barn find set to be auctioned off by Silverstone Auctions is powered by the automaker's famous inline-6. The story goes that this particular Mink Bronze over red leather DBS was sold new in 1968 before being acquired by its last owner in 1970. He drove the car until parking it in a barn on the picturesque island of Jersey off the coast of France in 1986. As a result, the car shows just 30,565 miles, although its mechanical condition is listed by the auctioneer as "unknown."