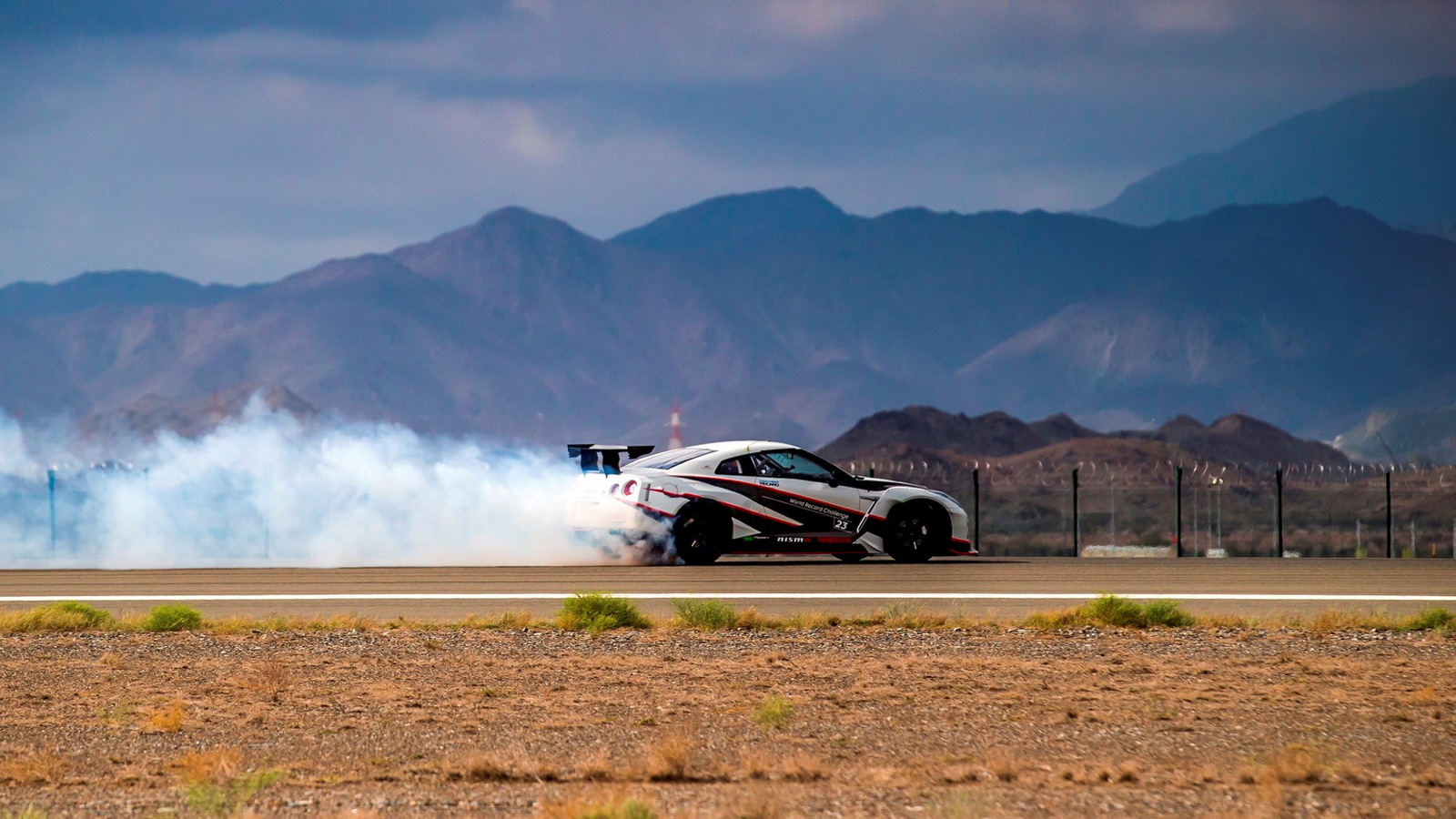 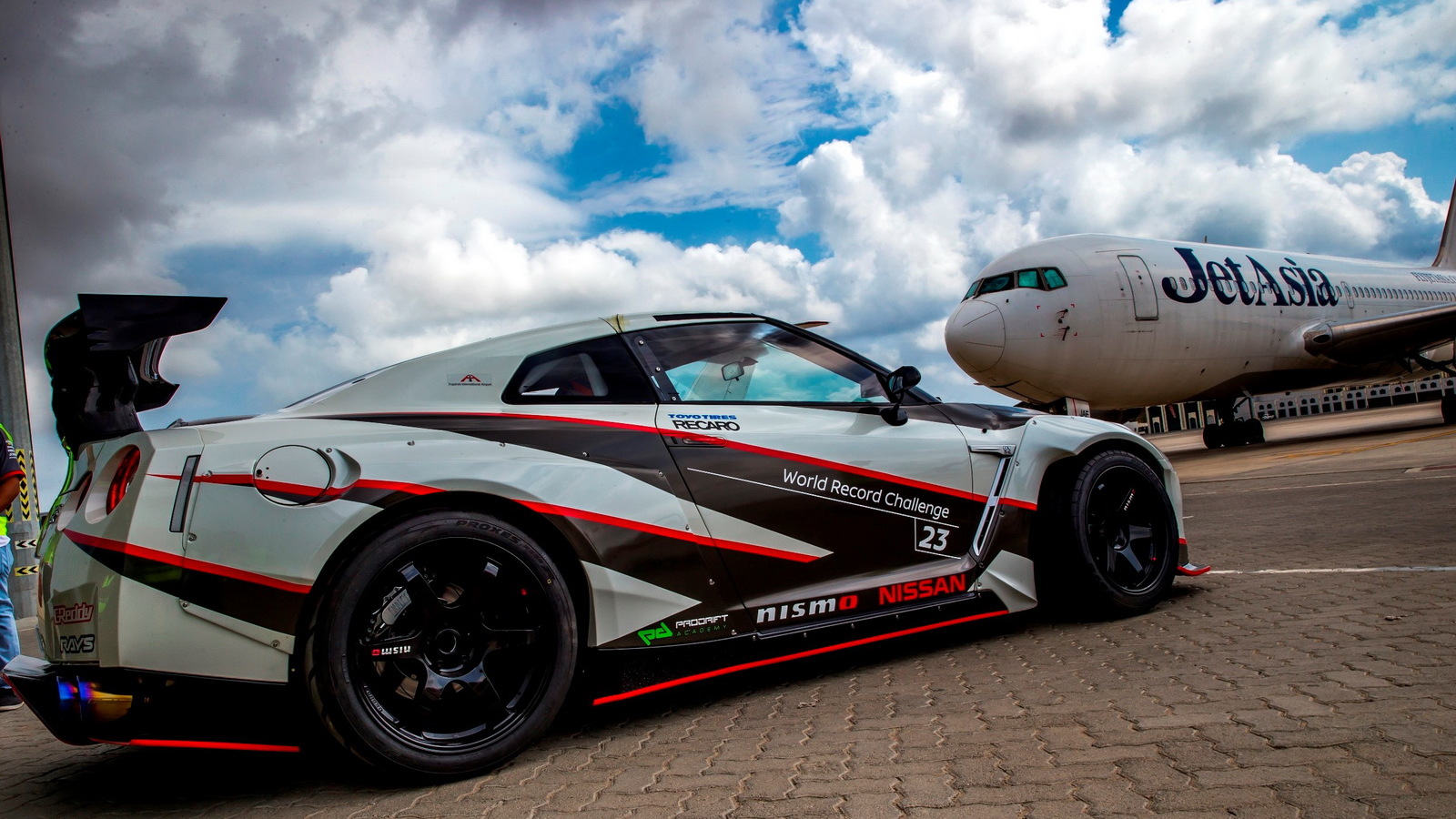 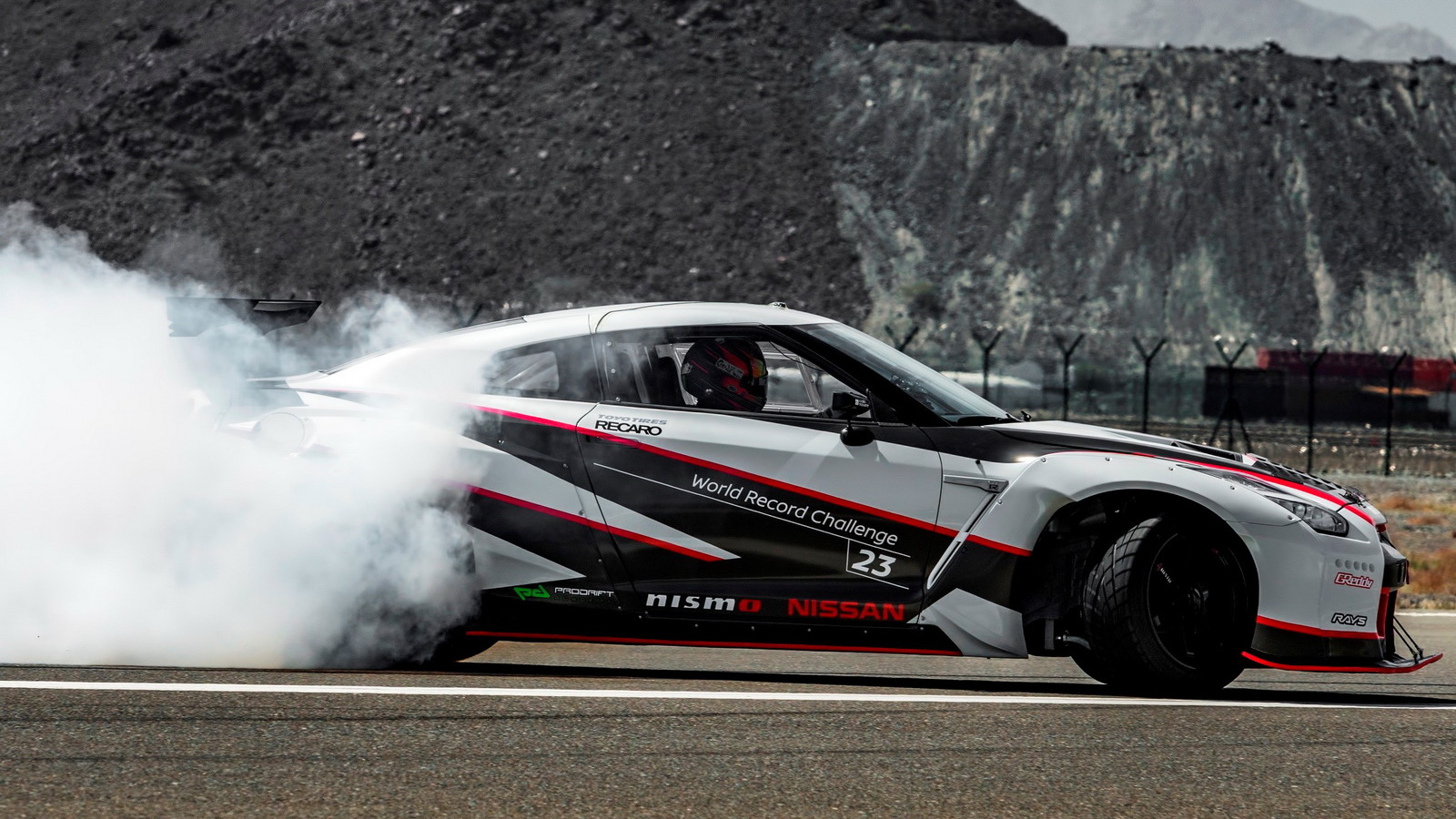 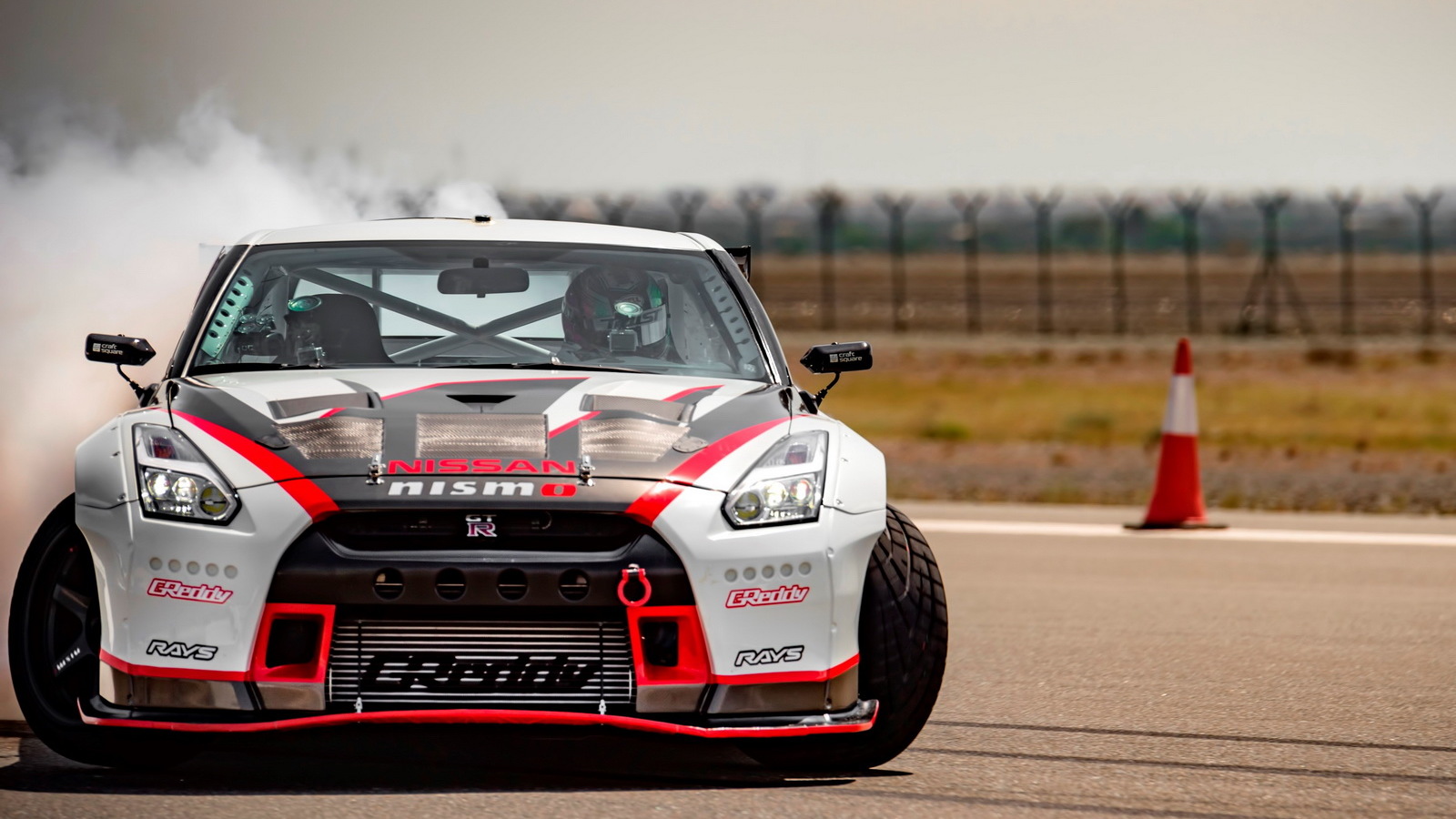 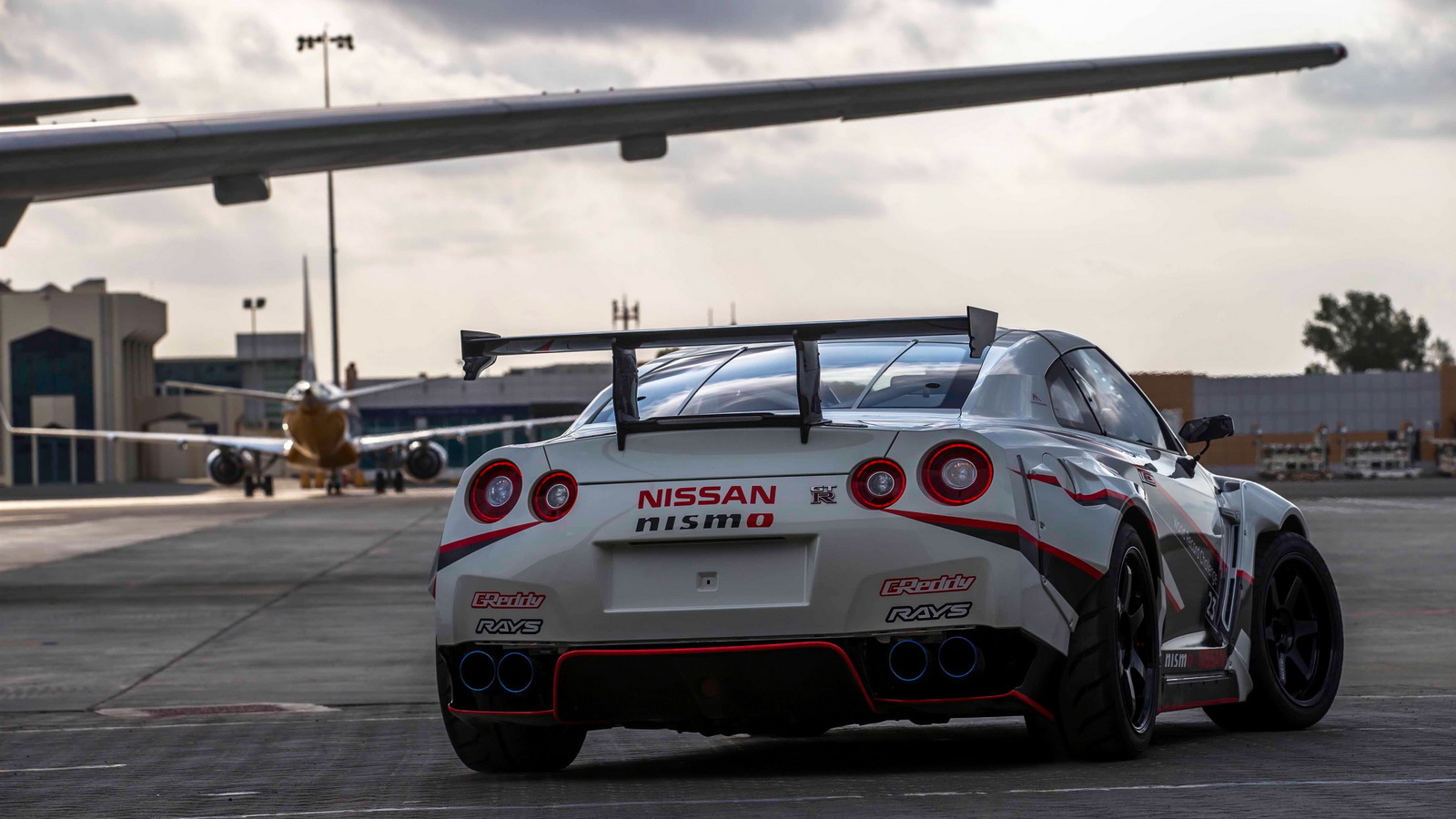 Update: This post has been updated with a new video.

Nissan has drifted its way into the record books—the Guinness ones—by drifting a GT-R Nismo at a staggering 189.49 mph.

MUST SEE: R34 Nissan Skyline GT-R crashes at the Nürburgring

As the automaker previewed earlier this week, it traveled to Fujairah International Airport in the United Arab Emirates with a specially-tuned 2016 GT-R Nismo.

Don't look to replicate Nissan's run with a GT-R right off of a dealer lot. For the exhibition, Nissan's Nismo division, GReddy Trust, and Japanese drift champion Masato Kawabata coordinated on a vehicle that was tuned to 1,380 horsepower sent solely to the rear wheels. By comparison, a stock GT-R Nismo delivers 600 horsepower through all four wheels. Additionally, the record-breaking GT-R was lightened with composite body panels and was fitted with a roll cage.

The GT-R used in the drift record attempt was tested extensively in Japan at Fuji Speedway before being shipped to the UAE. Nissan specifically chose Fujairah, a quiet airport without any regularly-scheduled commercial service (despite its name) because of its 3-kilometer long runaway strip.

GReddy Trust worked with Nissan for three days prior to the event to tune the GT-R on site at Fujairah, underscoring the effort put into breaking the drifting record of 159 mph set in a Toyota 86 in 2013.