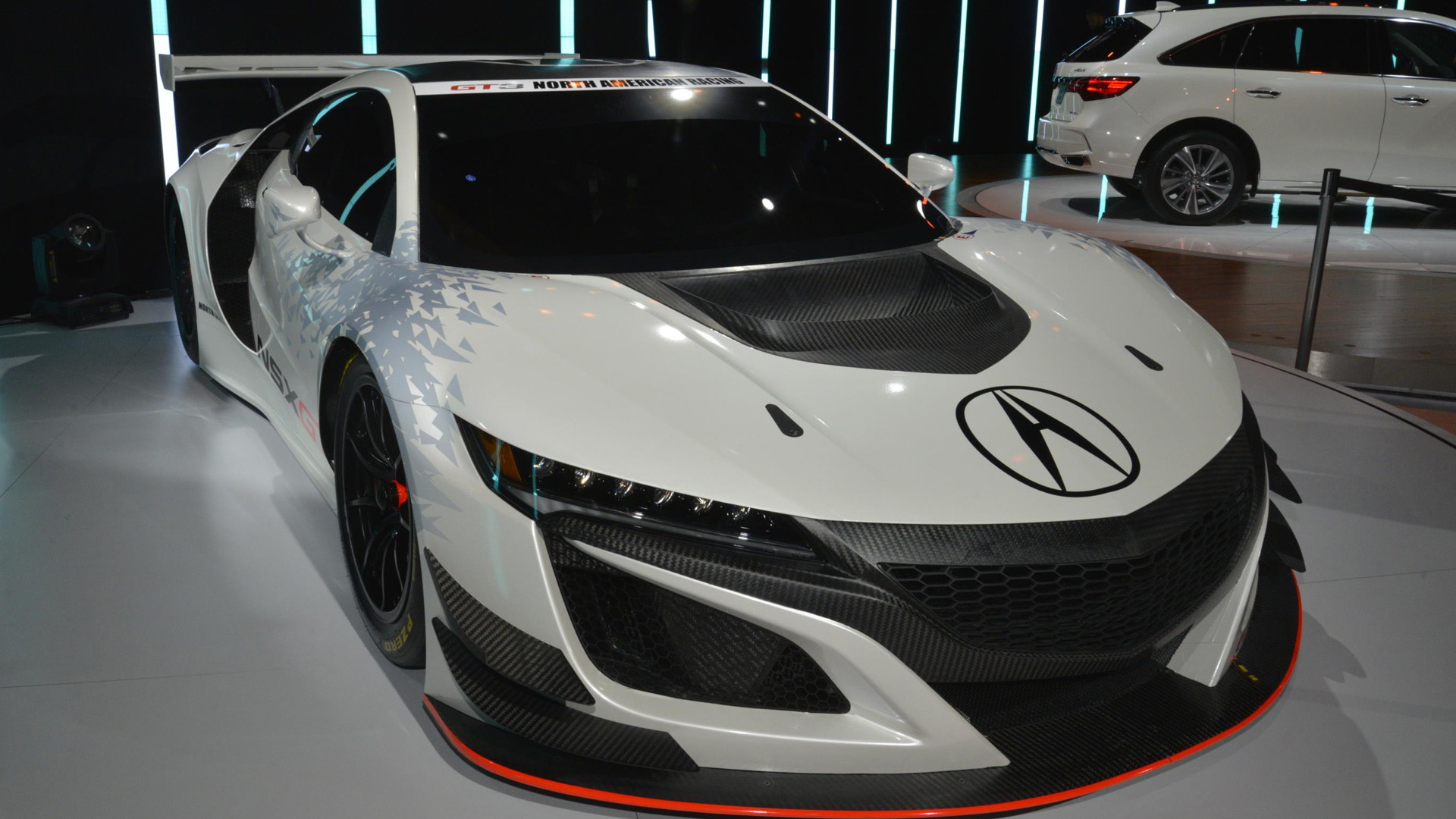 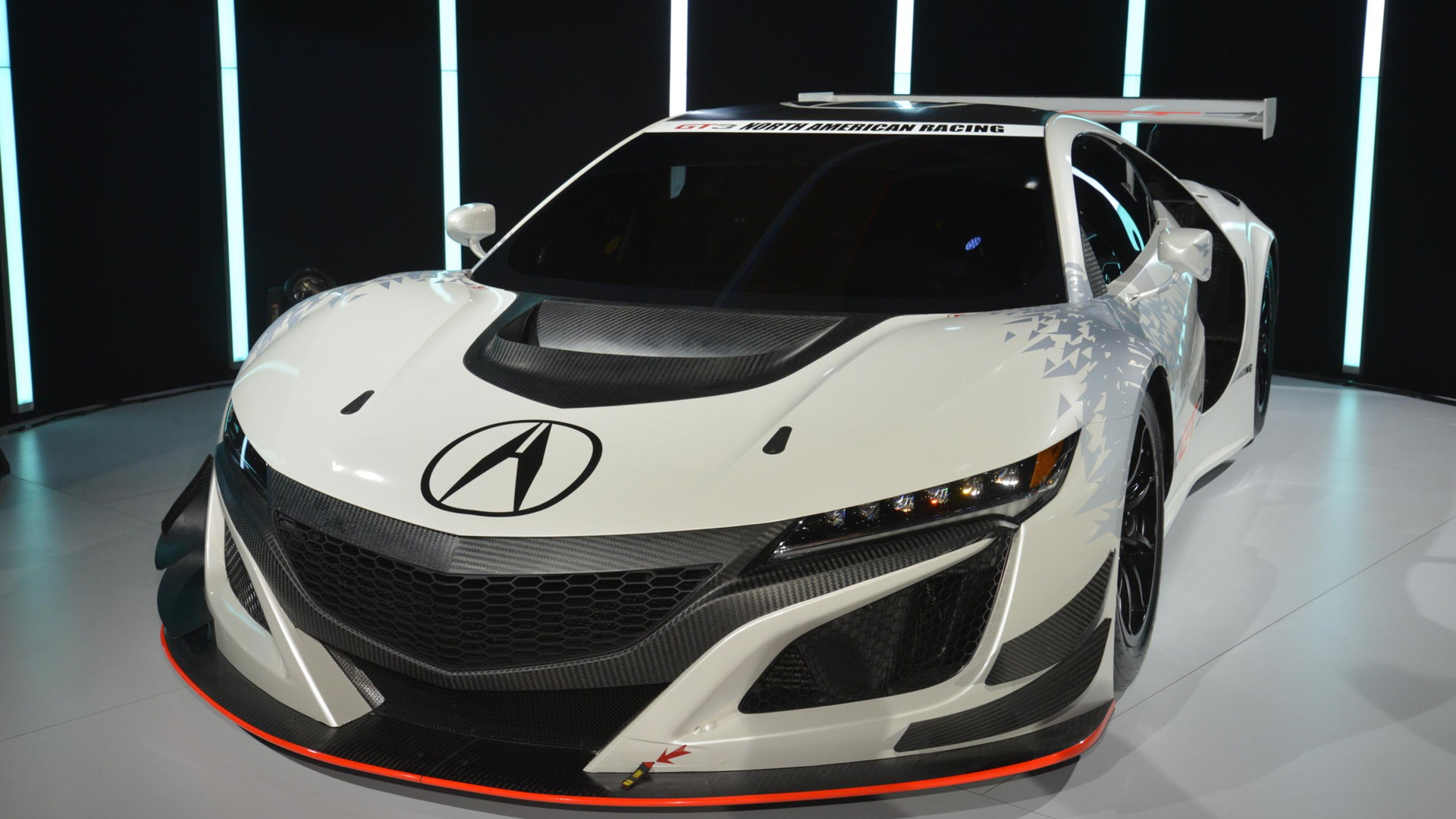 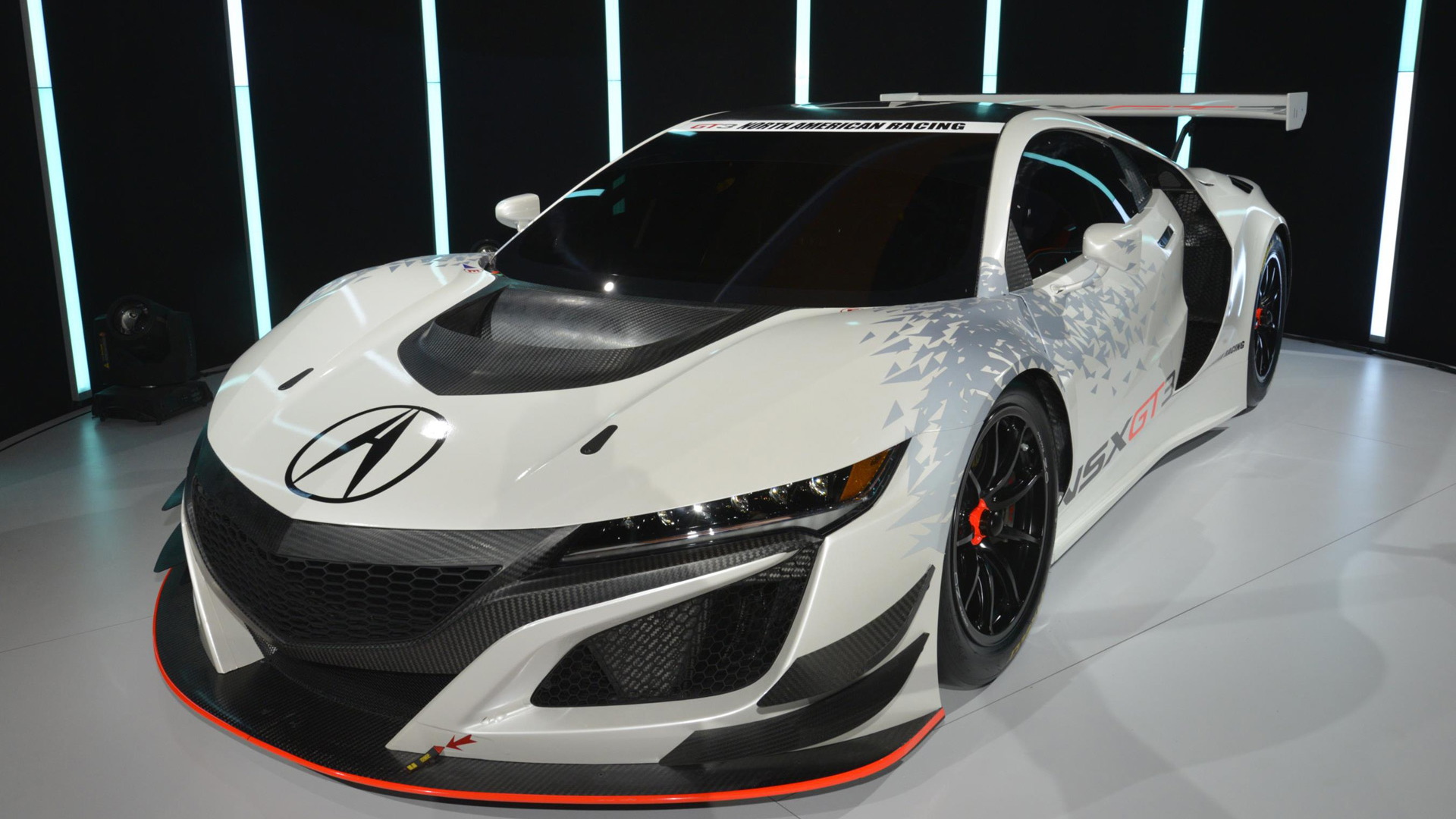 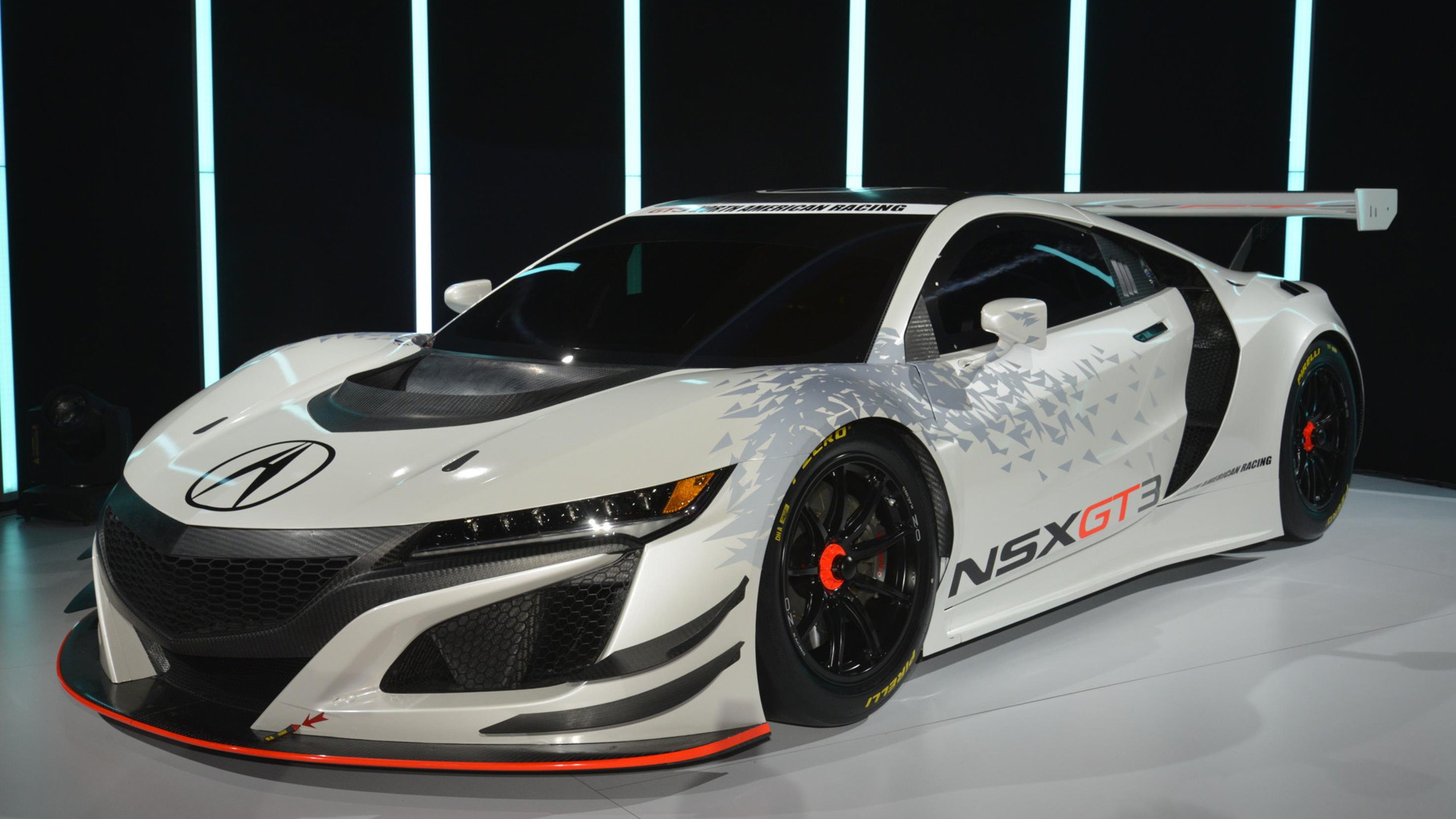 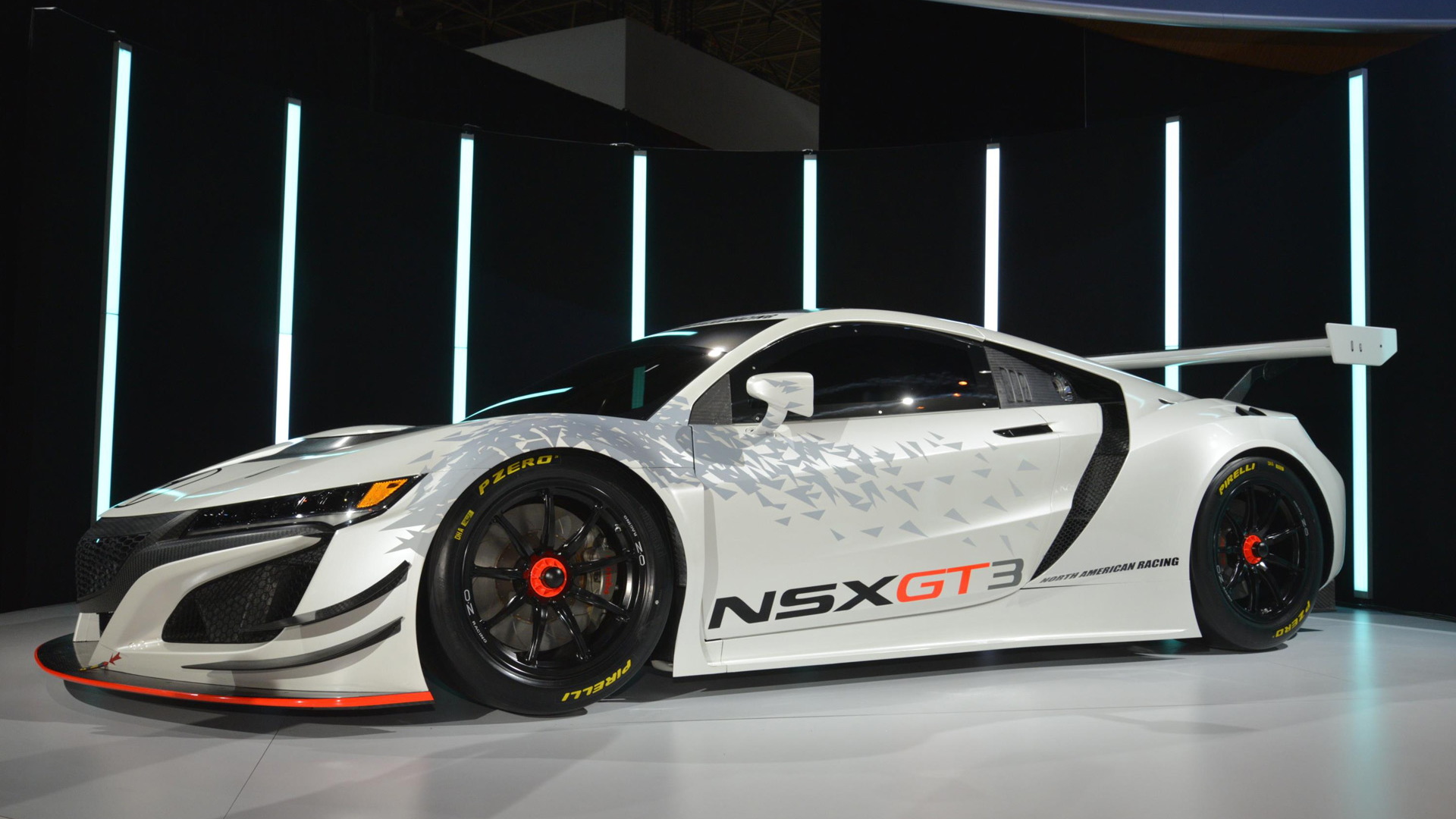 Sharing the stage with an updated MDX at this week’s 2016 New York Auto Show is a new dedicated racing version of the NSX supercar.

While the new NSX has been racing in Japan’s Super GT touring car series for a couple of years now, the race car unveiled in New York has been developed for international racing under FIA GT3 rules.

The NSX GT3 will start racing next year, initially in a North American series. The series is most likely the United SportsCar Championship where many of the NSX’s rivals already compete.

As the car is still undergoing testing, full specifications are yet to be released. However, we can confirm that it ditches most of the electronic gear of the road-going NSX but retains the twin-turbocharged 3.5-liter V-6. Drive is to the rear wheels only, via a 6-speed sequential gearbox.

Initial development was carried out in Japan using experience gained from the GT500 version raced in Super GT. Additional development, testing and final homologation to GT3 rules is currently being undertaken in North America with engineers from Honda Performance Development (HPD).

“The NSX was designed as a pinnacle expression of Acura Precision Crafted Performance, and we're looking forward to proving out its ultimate performance capabilities in GT3 racing,” said Art St. Cyr, head of HPD. “We'll be working with the NSX engineering teams in Ohio and Japan to bring our dream of a truly world-class new Acura NSX racecar to fruition.”

The good news for fans of the NSX is that lessons learned in developing and racing the NSX GT3 will likely influence the design of any future versions of the road-going NSX, such as the oft-rumored Type R.

For more on the new Acura NSX, be sure to read our first drive review. And for more from the New York Auto Show, head to our dedicated hub.