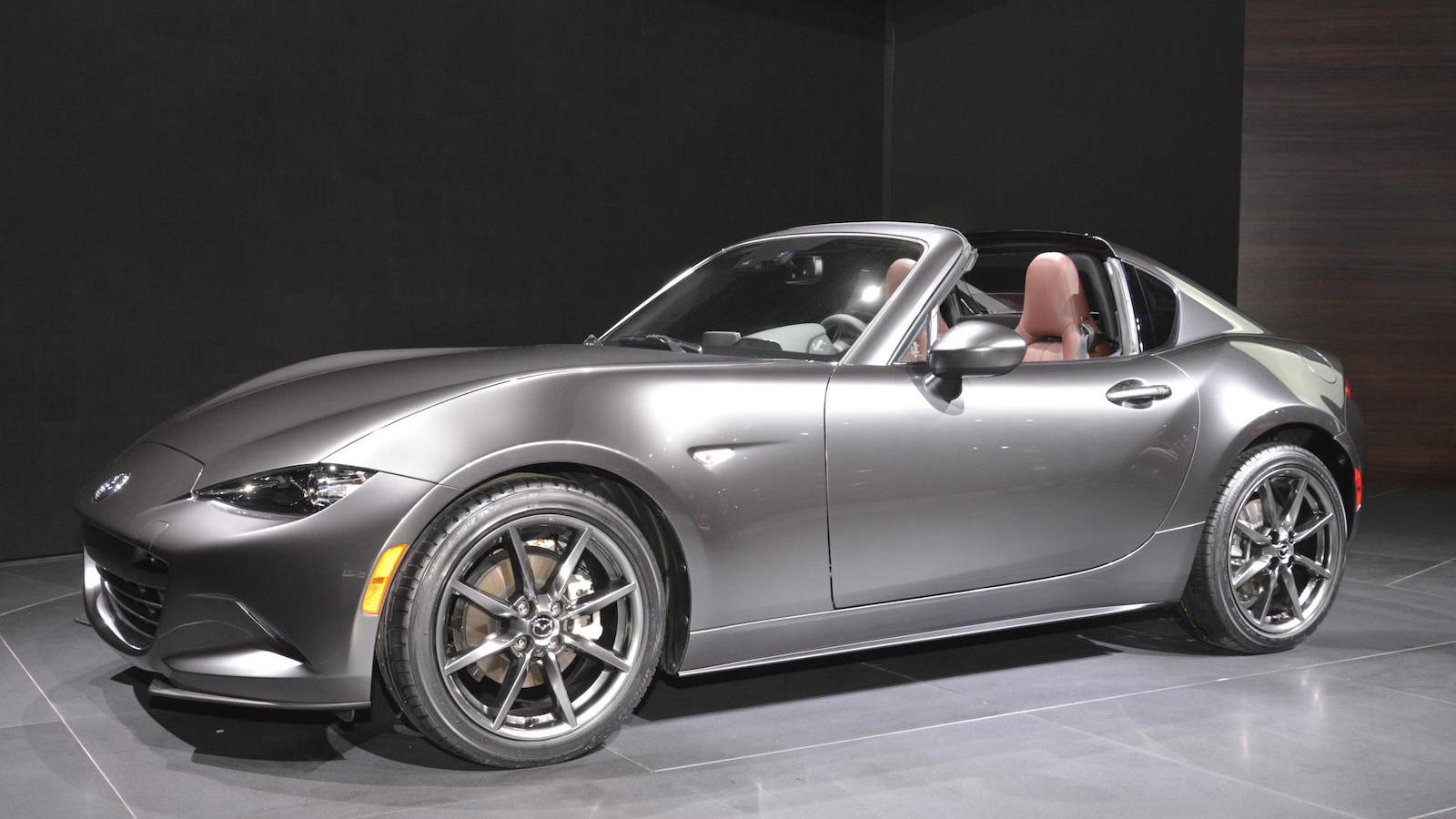 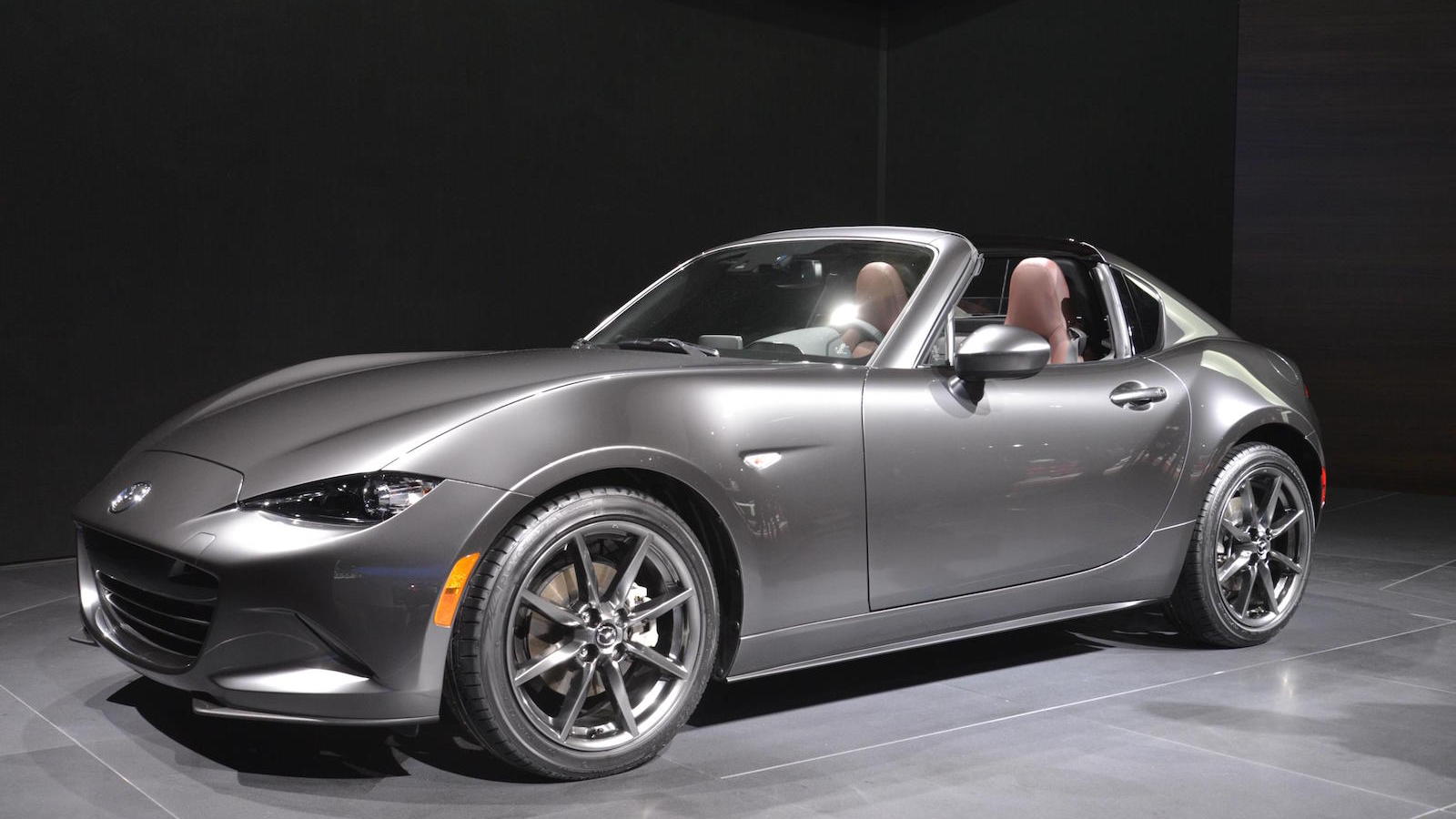 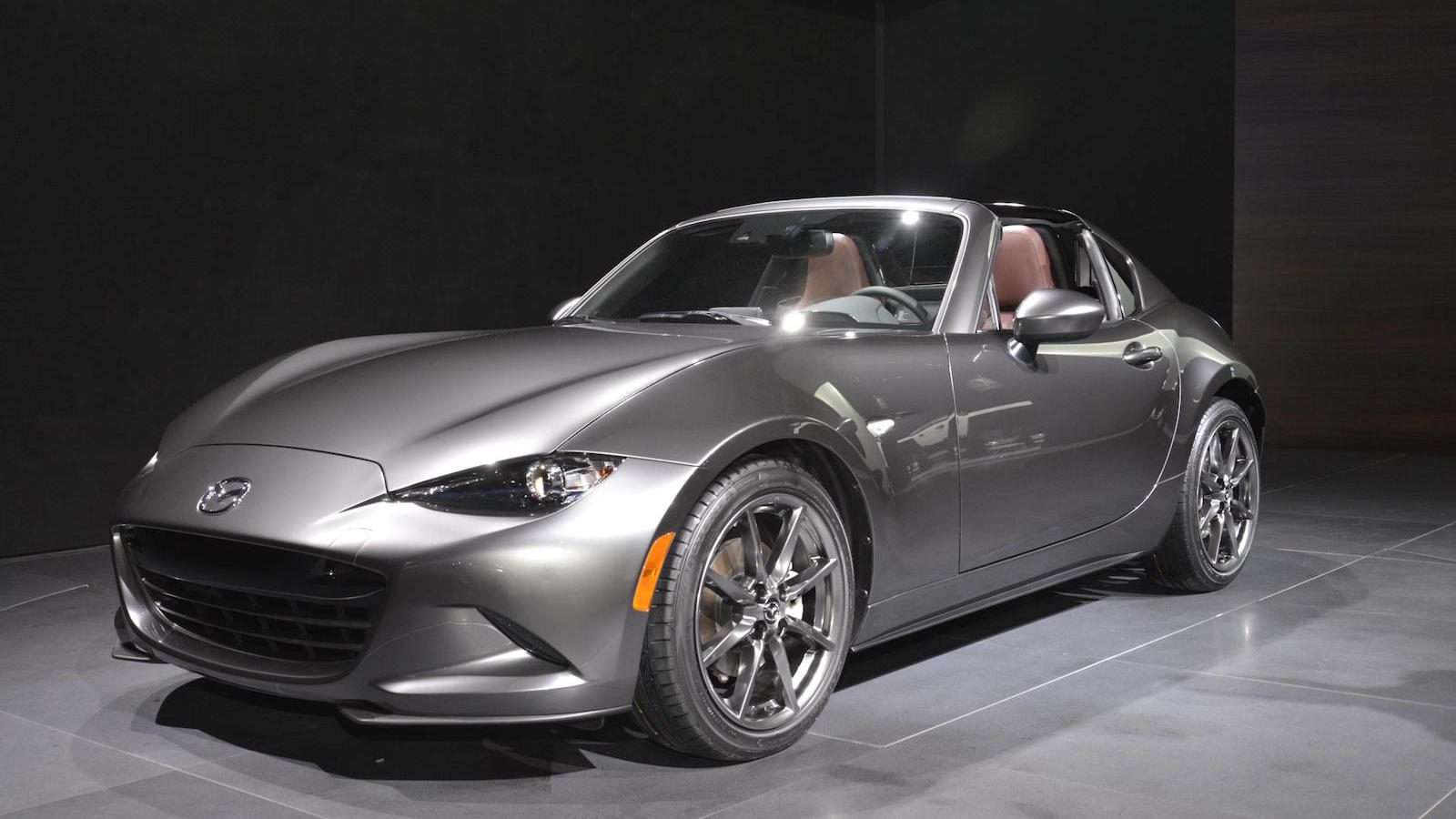 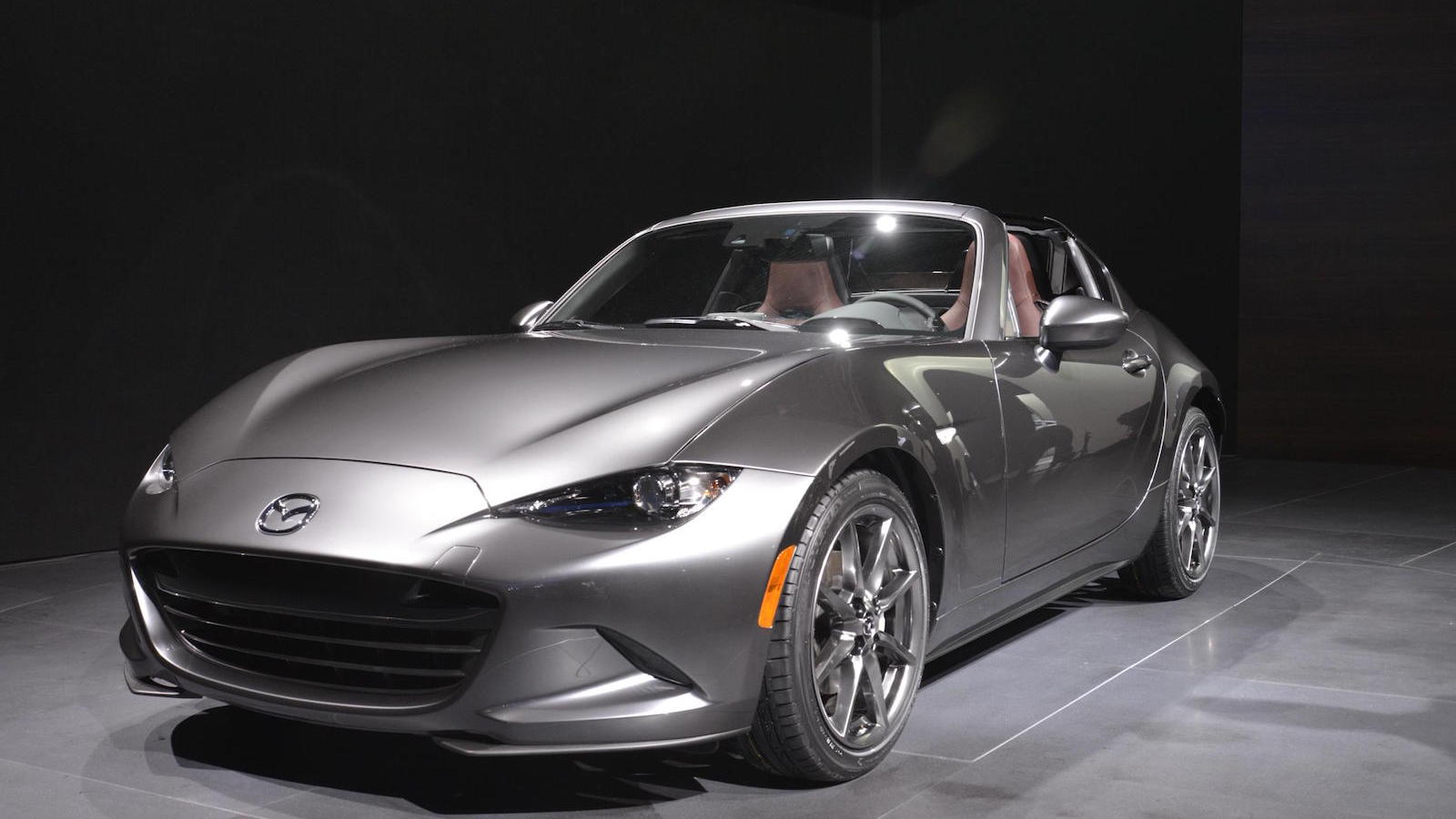 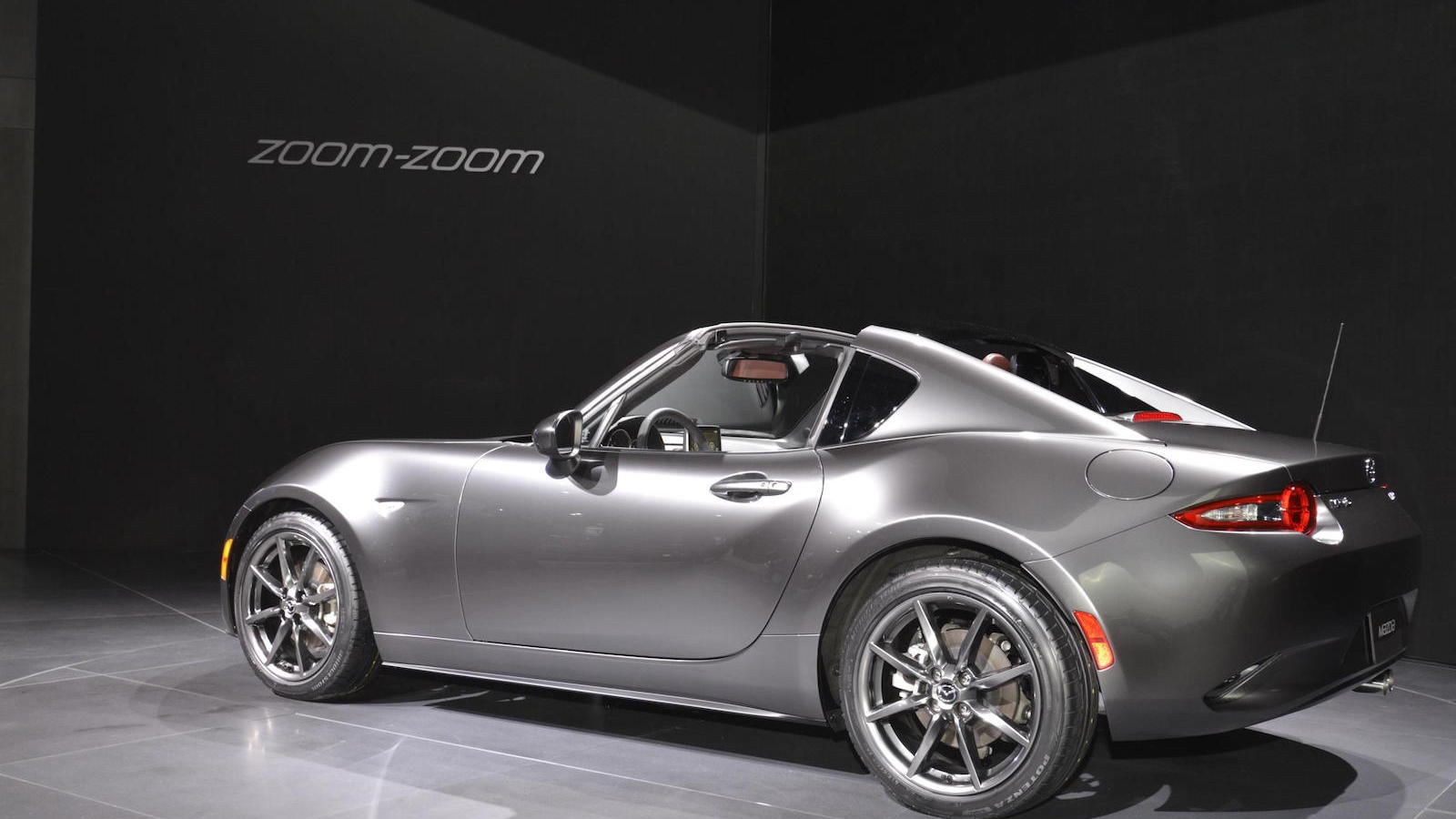 A retractable hardtop Miata may not have been a total surprise by the time the 2017 Mazda MX-5 Miata RF pulled on to the stage at this week's 2016 New York Auto Show.

After all, Mazda Europe leaked pictures of the car before the official introduction, and they were picked up by several outlets. However, Tuesday night’s reveal was surely unexpected as those early pictures suggested a possible Miata coupe.

New Mazda North America chief Masa Moro introduced himself and quickly made way for the power folding hardtop Miata. Instead of a compact folding hardtop like the last-generation car, the 2017 Miata gets a folding hardtop with fastback-style rear pillars that remain in place with the top up or down. It gives the car either a coupe-like or targa-like look, and this may be as close as we ever get to the long-desired Miata coupe.

The folding hardtop, which can be deployed at speeds up to 7 mph, is a single piece and hides in the trunk without taking any extra cargo room compared to the cloth top.

According to Mazda, the RF stands for “retractable fastback” and not necessarily “really fast.” The same 2.0-liter inline-4 powers the MX-5 RF and softtop alike, and makes 155 horsepower in both applications. Mazda didn't say how much weight the retractable top will add, but it’s likely to add more than 100 pounds in motors alone.

Mazda didn't say when the model will hit showroom floors, nor how much it will cost when it does. However, the automaker did say the MX-5 RF models will be available with either a 6-speed automatic or 6-speed manual, and that it will be offered in Machine Gray, a Kodo-inspired color it’ll share with the latest CX-9 SUV. No matter what color buyers choose, they will have perhaps the best looking Miata of all time.