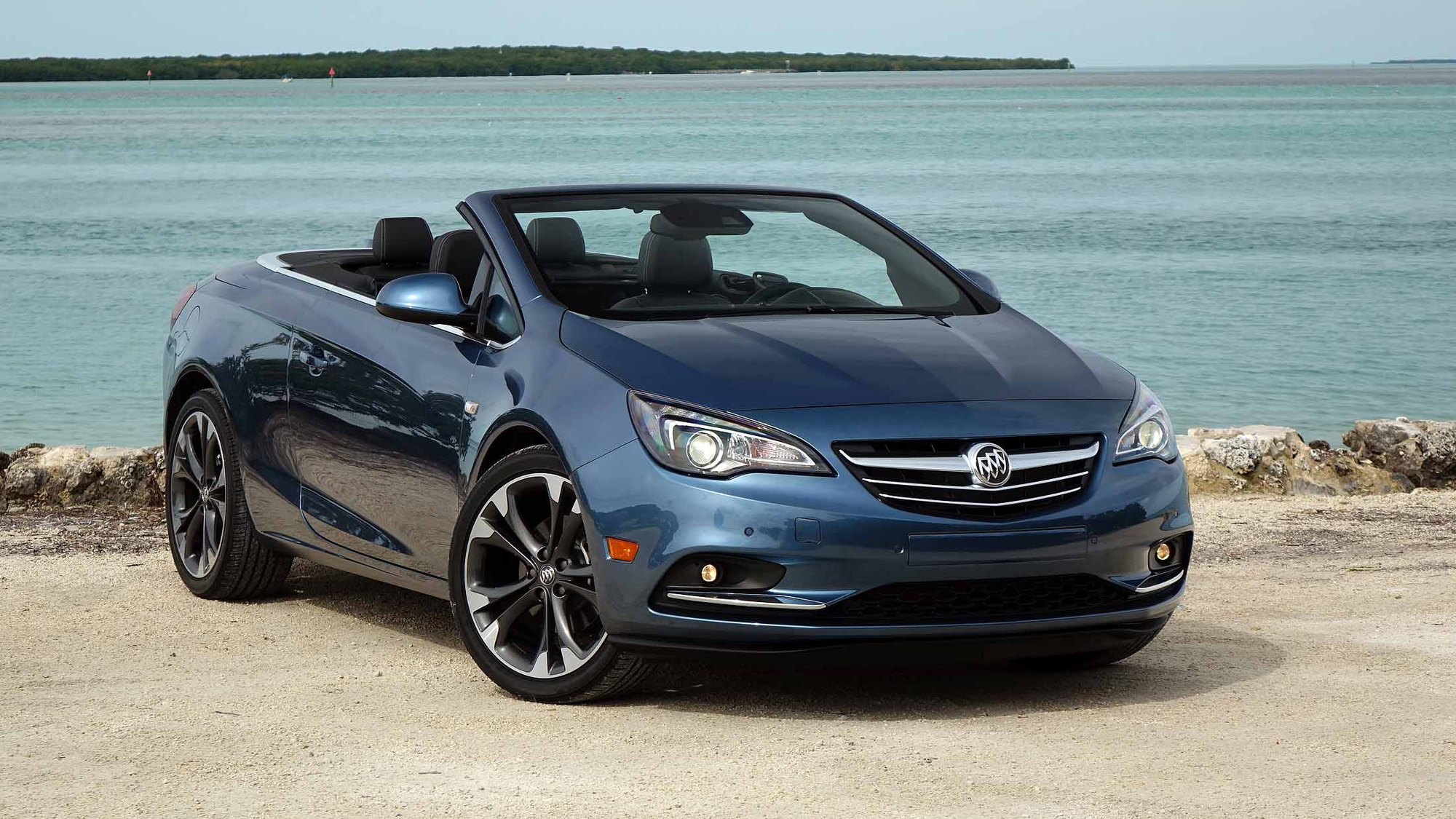 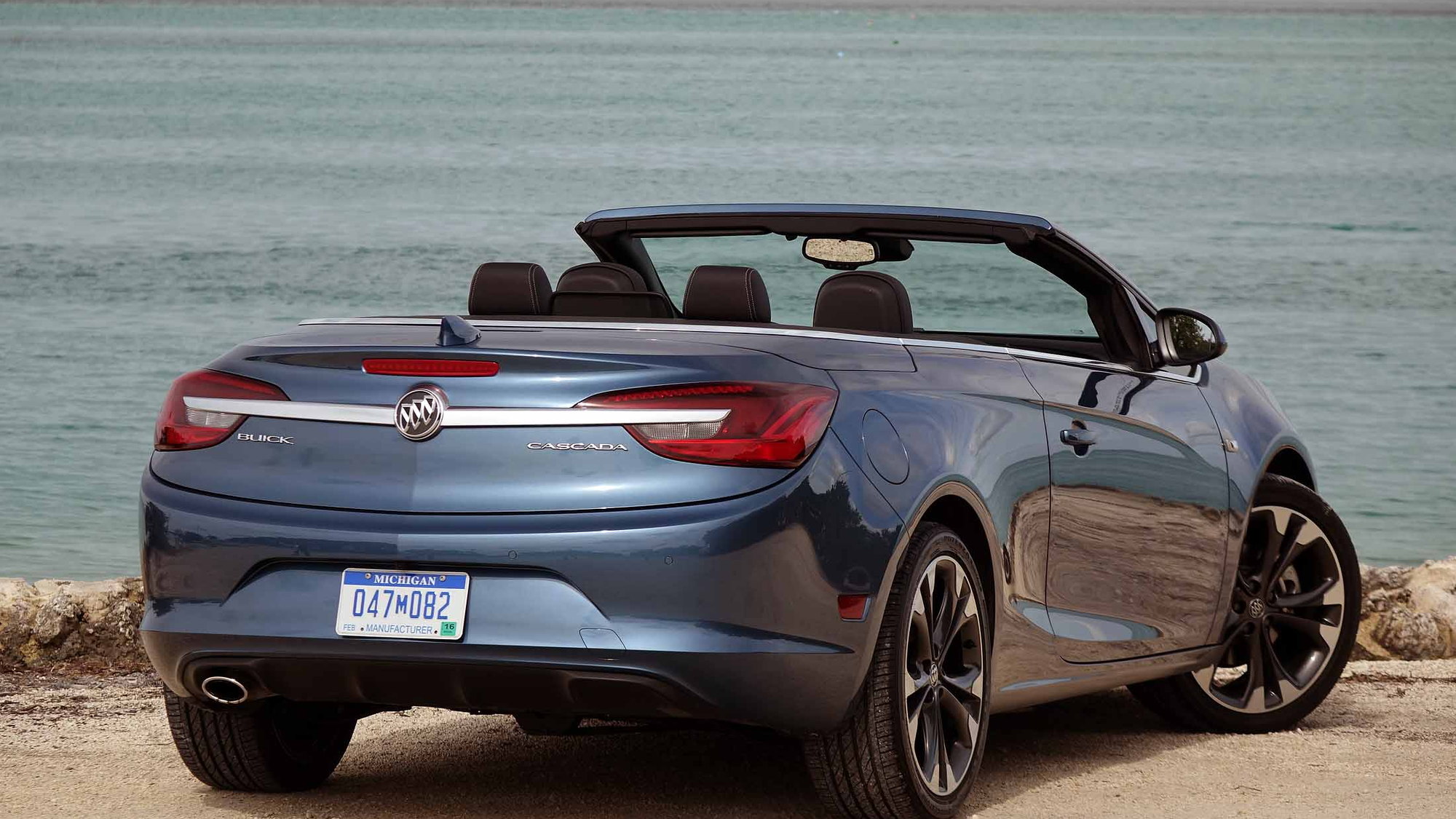 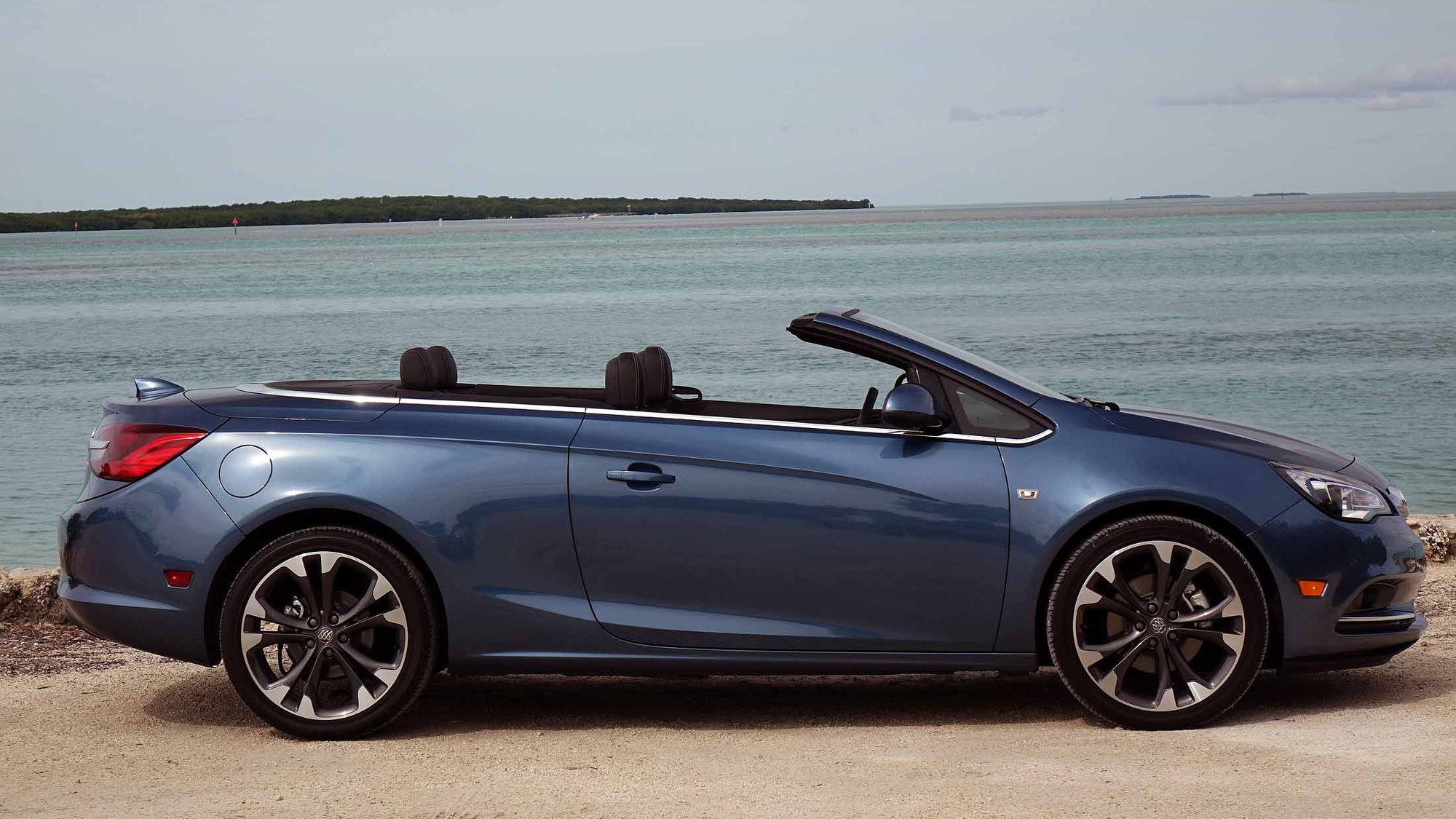 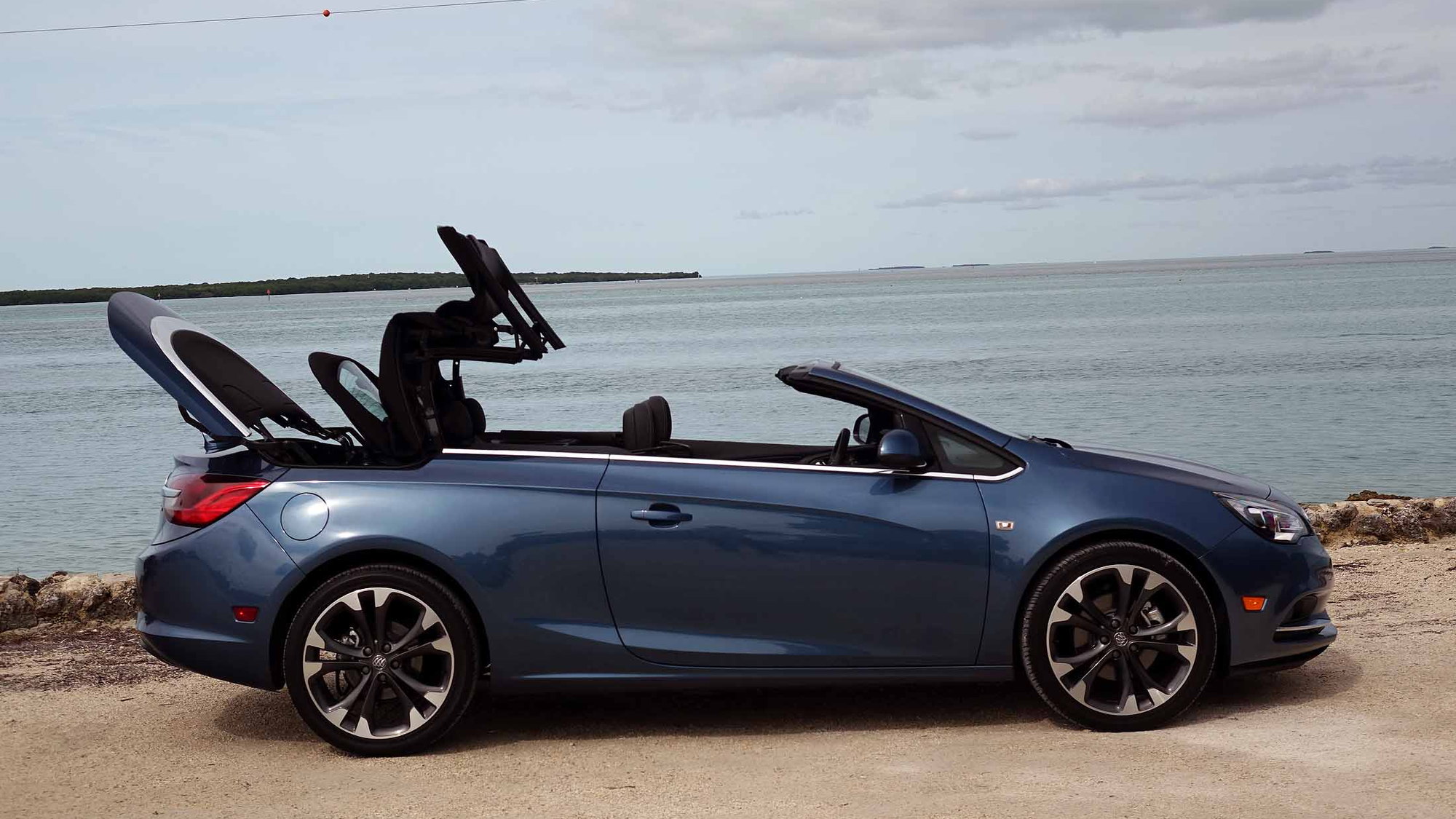 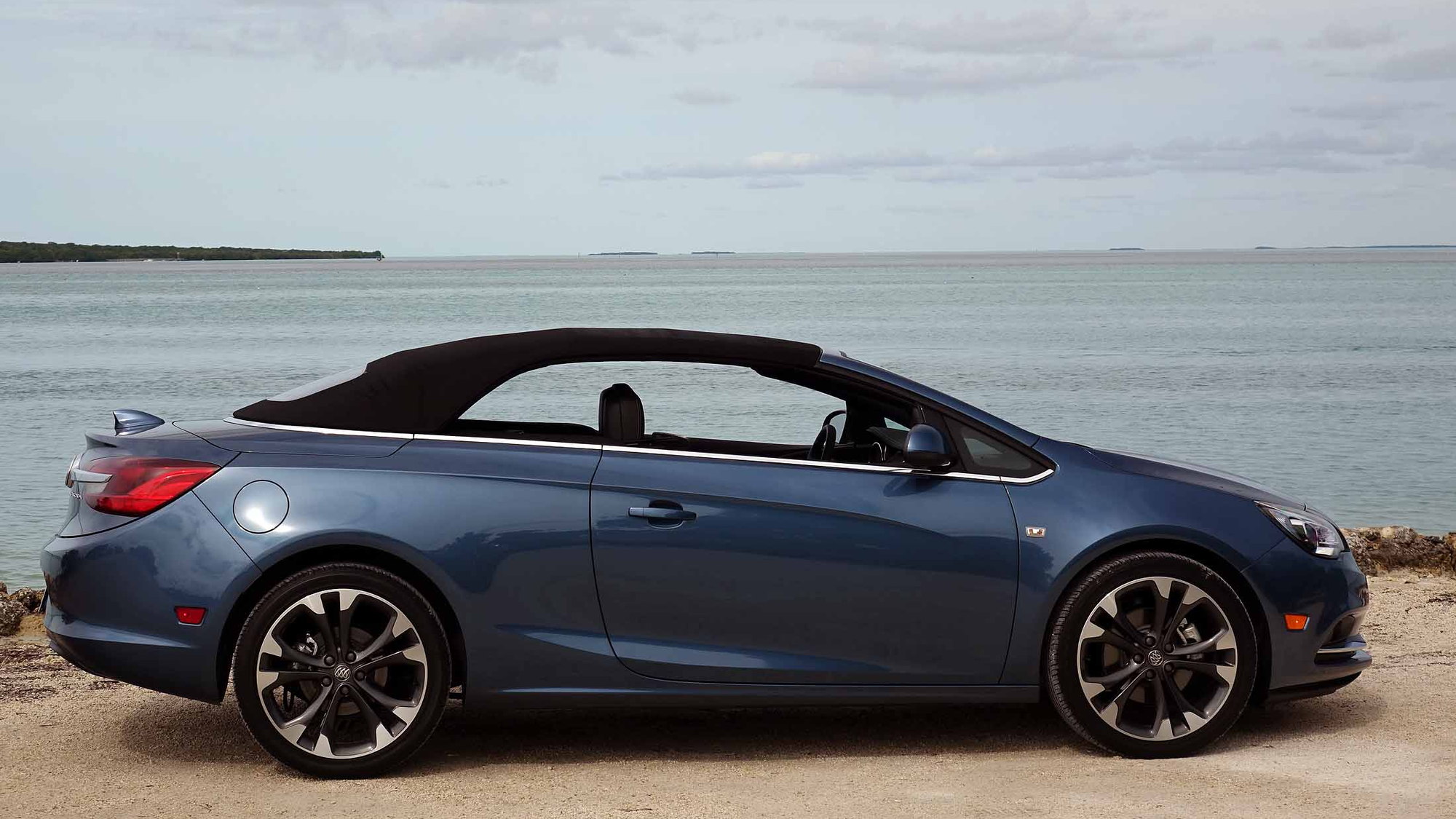 With its new Cascada, Buick is back in the convertible game after a lengthy absence, but all is not what it seems.

This new Buick Cascada droptop, with its clean lines and big wheels, wasn’t penned in California. It wasn’t engineered in Detroit. It wasn’t even built in the heartland.

It is, by all accounts, a European car. Designed by General Motors Company’s [NYSE:GM] Opel division in Germany and assembled in Poland, of all places, the Cascada is decidedly continental in every way.

For one, its engine isn’t a big and brash American V-6 or V-8. Instead, the Cascada utilizes a downsized 1.6-liter turbocharged 4-cylinder rated at a solid 200 horsepower and 207 pound-feet of torque. Those figures put it on par with Volkswagen’s Eos, the Cascada’s closest rival.

But here’s where things start to seem a little strange. VW, let alone consumers, has essentially forgotten about the Eos and its non-sporty reasonably-priced convertible segment. Chrysler, which owned the market with its Sebring and 200, has dropped out entirely.

Is there really a market for GM to add an Opel with a Buick badge to its portfolio?

Well, maybe. The brand won’t comment on just how many Cascadas it thinks it will sell. Instead, Buick sees value in having a stylish flagship of sorts to lure customers into its showrooms.

Come in for the Cascada, leave with the Regal—that seems to be the expectation here.

For its part, the Cascada isn’t a bad little droptop, even if it brings little to the table.

It rides on the same platform as the Verano, but Buick says that it, at least as an Opel, was designed to be a convertible from the start.

Getting the look right

Its thickly-lined fabric top folds or raises in about 17 seconds at speeds up to 31 mph with only the press of a button. Simple, effective, and even attractive with the soft top up or down.

Adding to its style are the Cascada’s standard 20-inch alloy wheels, available in a choice of styles. These are big wheels without much tire around them, but the Cascada tips the scales at a plump 4,000 lbs., so its ride is more settled and compliant than expected.

Differing only in the details from the Opel with which it shares its name, the Cascada is clean and stylish from every angle.

Inside is a different story. The Cascada has only been on sale in Europe for about three years, but its center stack suggests otherwise. Loaded with buttons—we counted more than 45—it looks at least a decade old.

What’s there isn’t easy to sort through, either, since the buttons are placed in a pad-like array. There’s an entire button allocated to changing the clock, something the Cascada does automatically thanks to its standard navigation system.

Buick’s newer interiors have moved away from this button-heavy design, which the Cascada shares with, say, the first generation of the reborn Regal that arrived back in 2010. A refreshed Regal with a more up-to-date interior popped up about the time the Opel Cascada hit the market, so the Cascada’s array seems especially out of place.

That said, the specification level is high. Just two models are on offer, base and Premium, both of which include heated leather seats, navigation, a backup camera, HID headlamps, and remote start. Opting for the Premium brings some additional safety equipment (forward collision alert, lane departure warning, and rain-sensing wipers) and an air deflector for $3,000. Buick seems to assume that most buyers will step up to the $36,990 Premium model. The base model is only available in white or blue, while the Premium is offered in four additional hues.

Both use the same aforementioned 1.6-liter engine, which is mated exclusively to a 6-speed automatic gearbox. The engine is smooth and its automatic silky in its responses, but the Cascada’s portliness means it requires a good stab at the skinny pedal to dig into the torque curve in order to access the available power.

Unfortunately, that curb weight and the tendency to be in the boost means that the Cascada’s fuel economy suffers. Its EPA ratings are just 23 mpg combined (20 mpg city, 27 mpg highway).

VW’s Eos is rated at 25 mpg combined with a similarly powerful but larger 2.0-liter engine. In this case, engine room downsizing doesn’t yield an advantage.

Sporty or not, here it comes

Yes, the Cascada may hail from the land of sports cars, but Buick has no illusions that this droptop will be carving corners any time soon. Even with its 20-inch alloy wheels and surprisingly bolstered front seats, the Cascada makes no effort to go about things in a manner more aggressive than simply confident and accurate.

Its steering is fairly light but not especially quick, transmitting little of the pavement into the driver’s wheels. So too its suspension, which rides firmly but not punishingly. Body lean into what few corners we found on our route between Key West and Miami is more pronounced than the 20s would suggest.

This is a car built for cruising, albeit in a refined manner. With the top down, there is remarkably little wind buffeting and it is possible to hold conversation or listen to the Bose audio system at highway speeds. With the top raised, the Cascada’s interior quietness approaches that of true hardtop levels.

Stylish and polished, the Cascada is an appealing convertible for those who want a simple, top-down experience on the way to the beach.

As a styling statement for Buick, the Cascada succeeds. Just whether that’s what the brand really needs is up for debate.