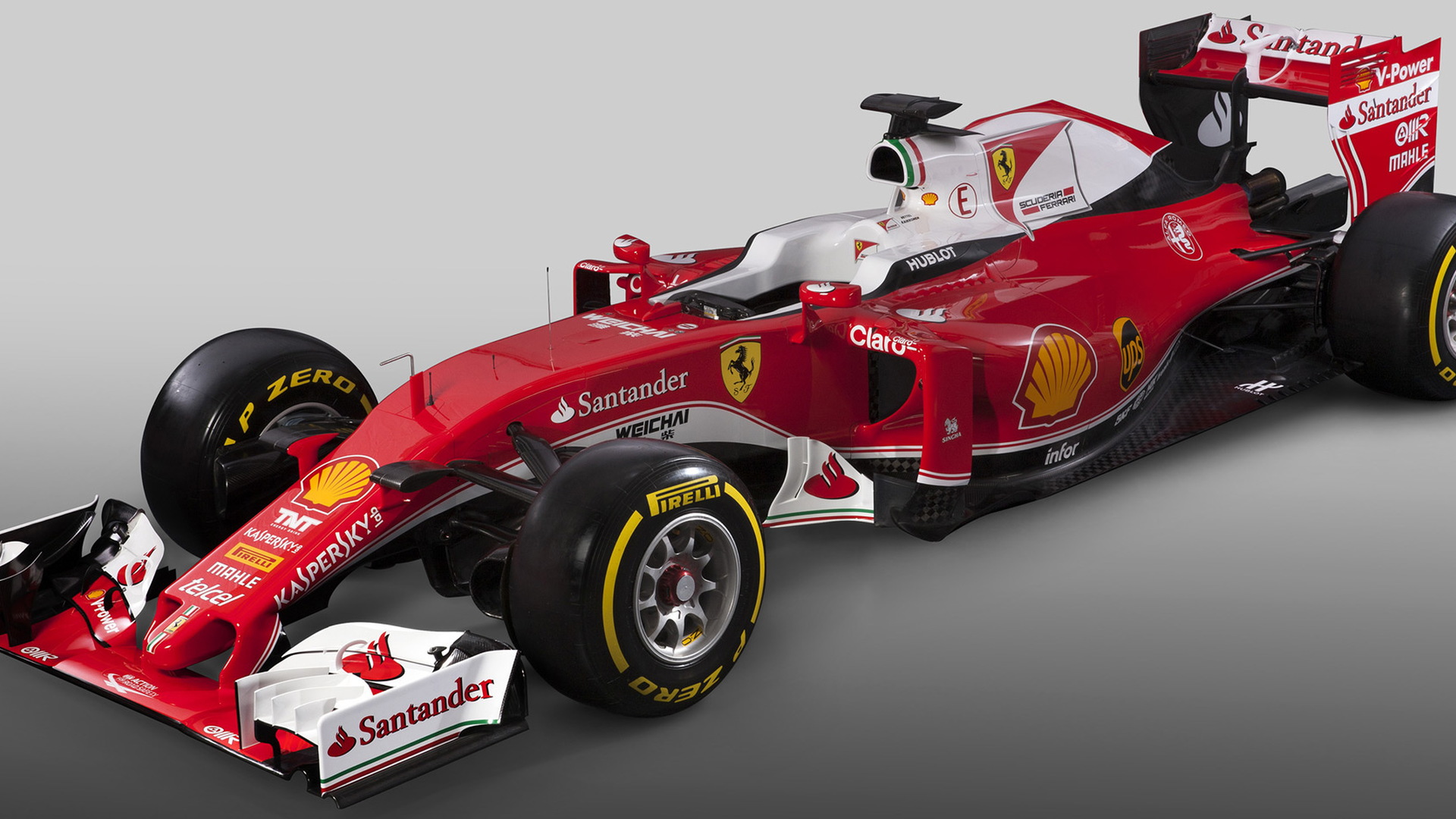 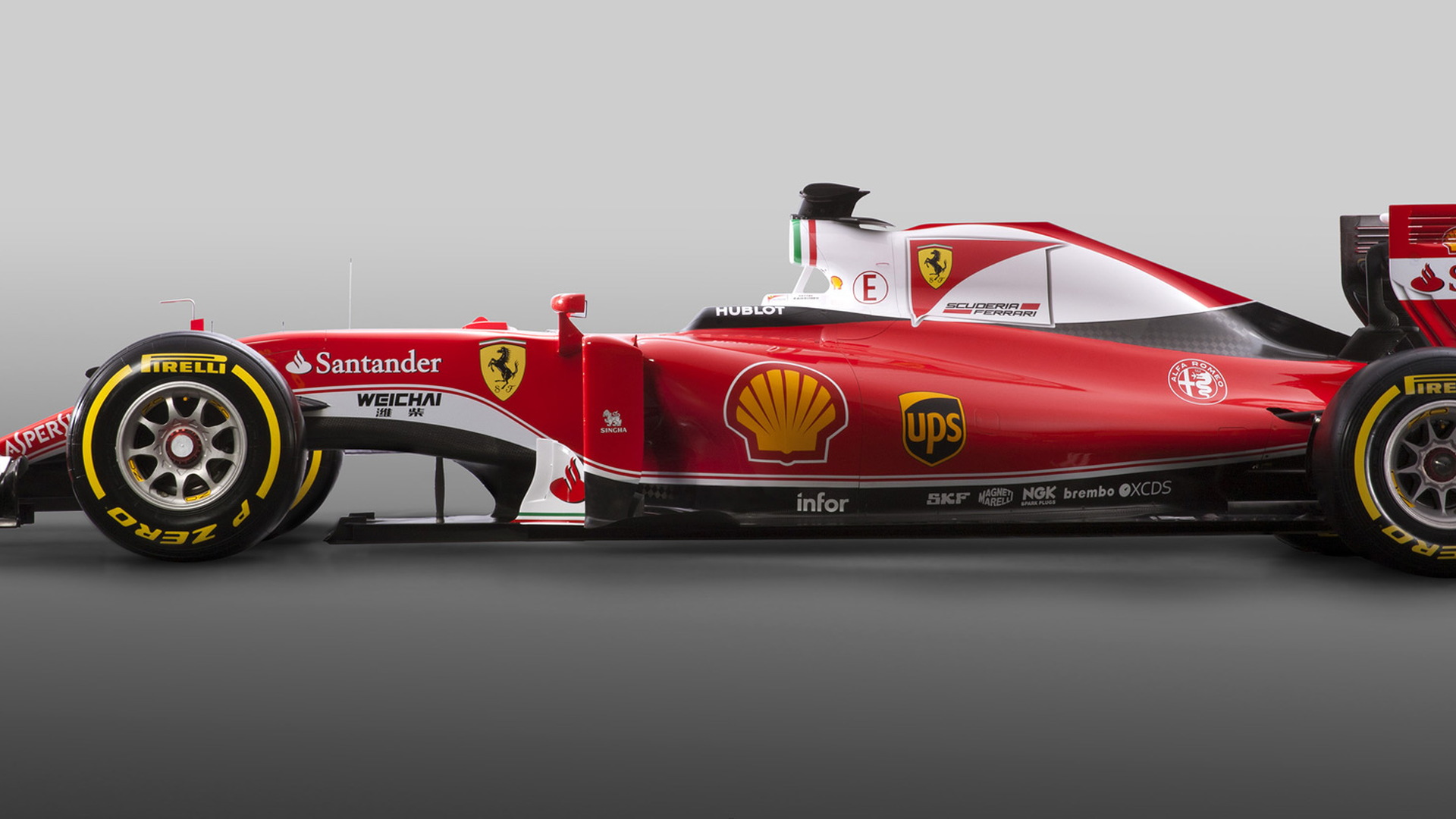 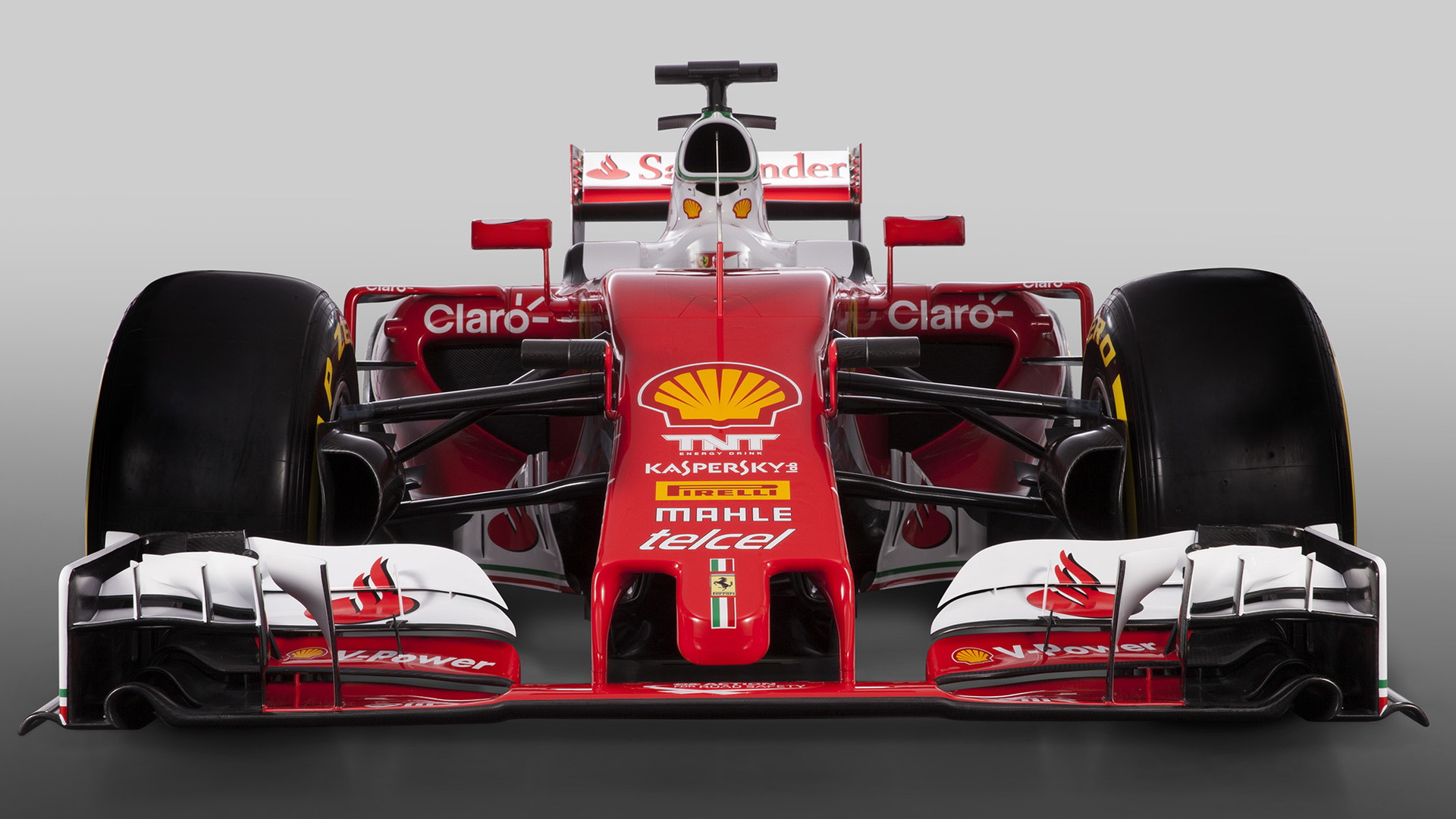 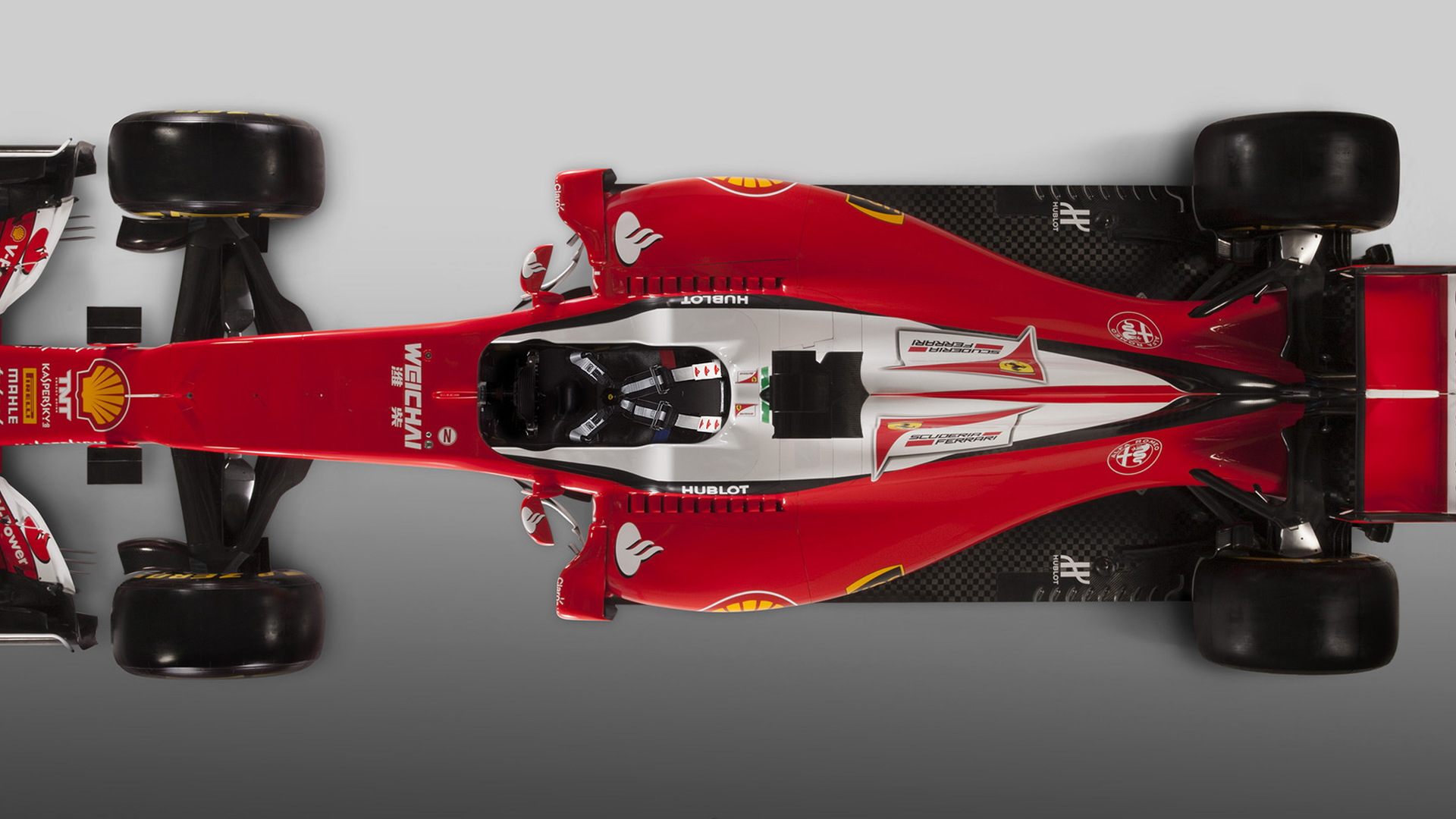 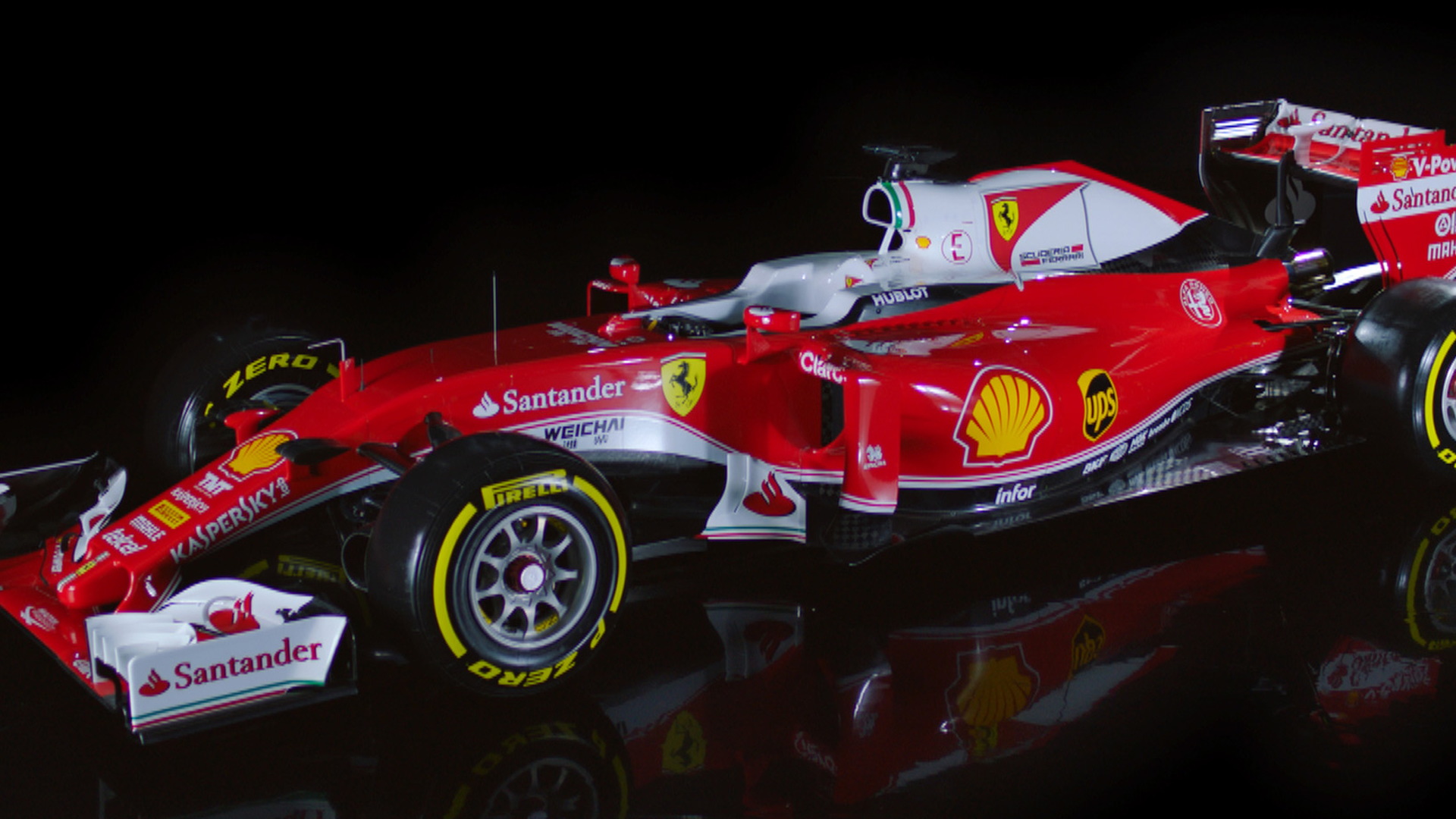 Ferrari [NYSE:RACE] is the second major team to show off its car for the 2016 Formula One World Championship. The car is the SF16-H, and it’s the one Sebastian Vettel and Kimi Räikkönen will be driving in the hopes of securing for Ferrari its first Drivers’ Championship title since 2007. Incidentally, it was Räikkönen who won the title for Ferrari during that successful year.

What’s immediately apparent is that Ferrari’s 2016 car adopts the male appendage-like nose previously used on cars from teams such as Williams, McLaren and now defunct Caterham. The design allows the overall nose to be shorter. The surfaces at the rear of the car also appear tauter and it looks like there are some new fins on the flanks.

The name SF16-H references the Scuderia Ferrari team, the 2016 season, and the hybrid power unit, which enters its third season this year. A turbocharged 1.6-liter V-6 works in conjunction with two motor generators, one mounted to the main driveline and another integrated with the turbocharger.

The good news is that the power units will be louder this year, thanks to some charges to the regulations. One of the changes is a requirement for a “separate exhaust wastegate tailpipe through which all and only wastegate exhaust gases must pass.” You can hear the SF16-H’s power unit fire up for the first time in our previous post.

Another top team that has shown off its car for the new season is Renault. Thankfully Renault’s car, the RS16, has a more appealing nose design.