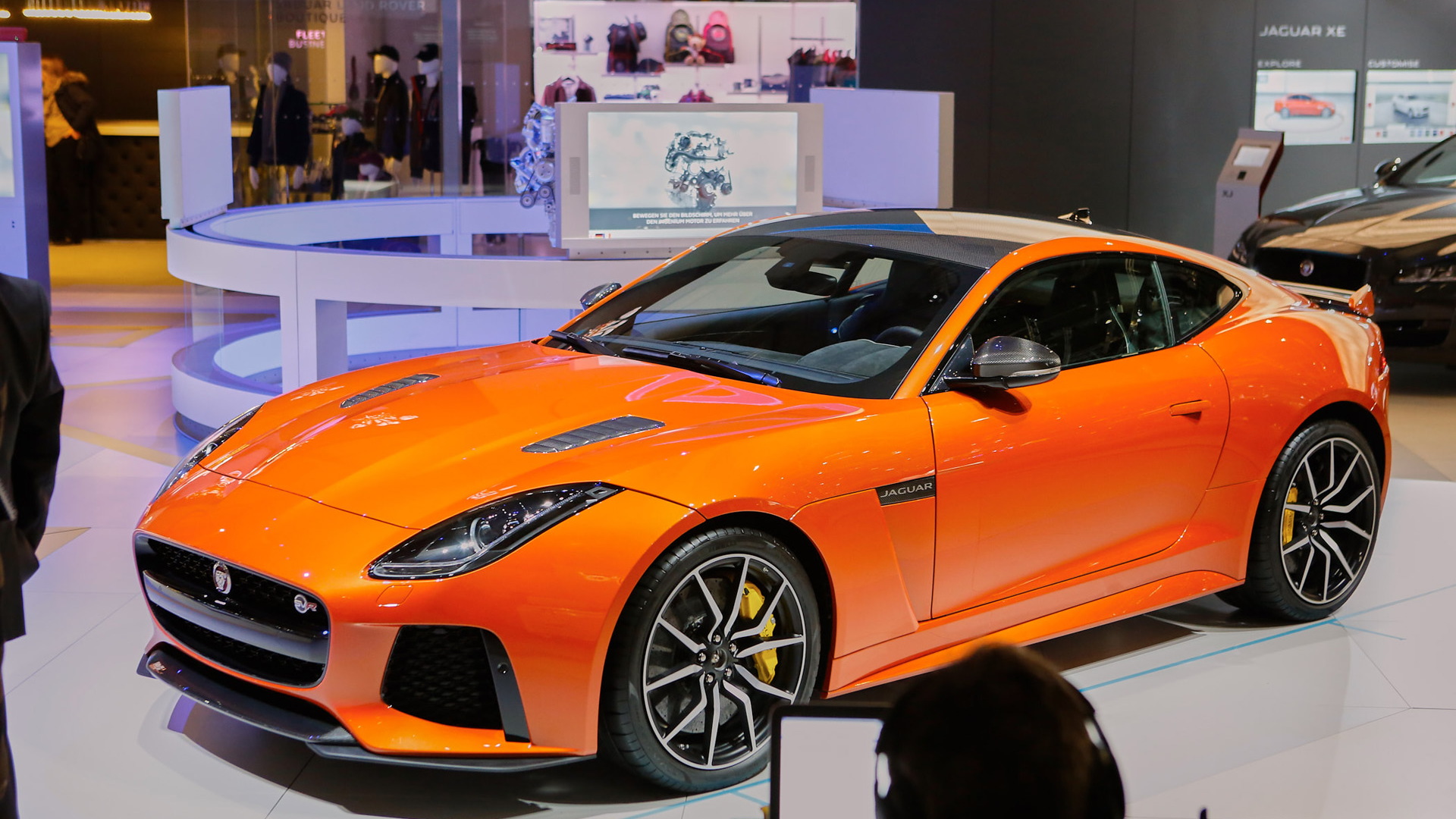 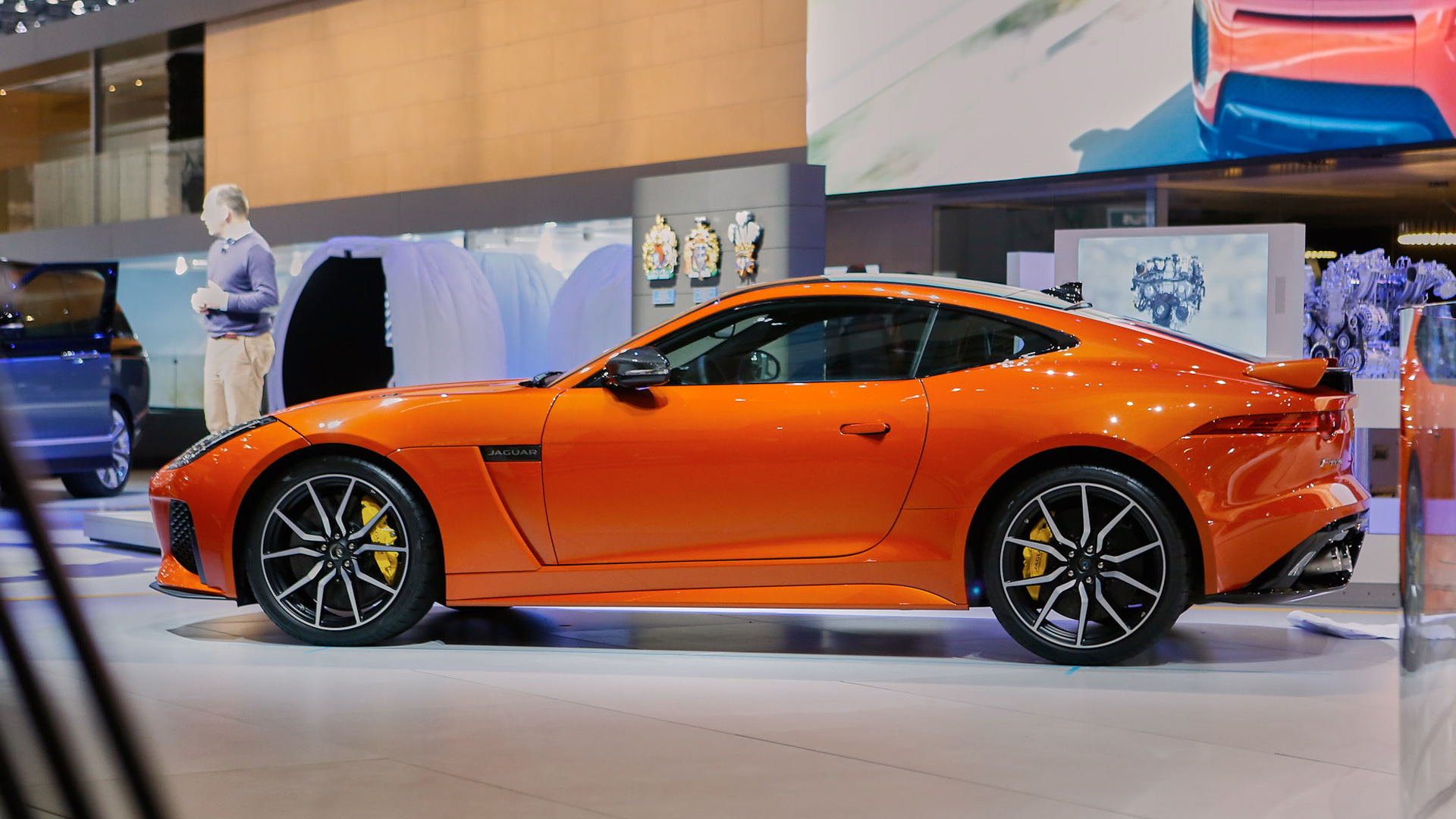 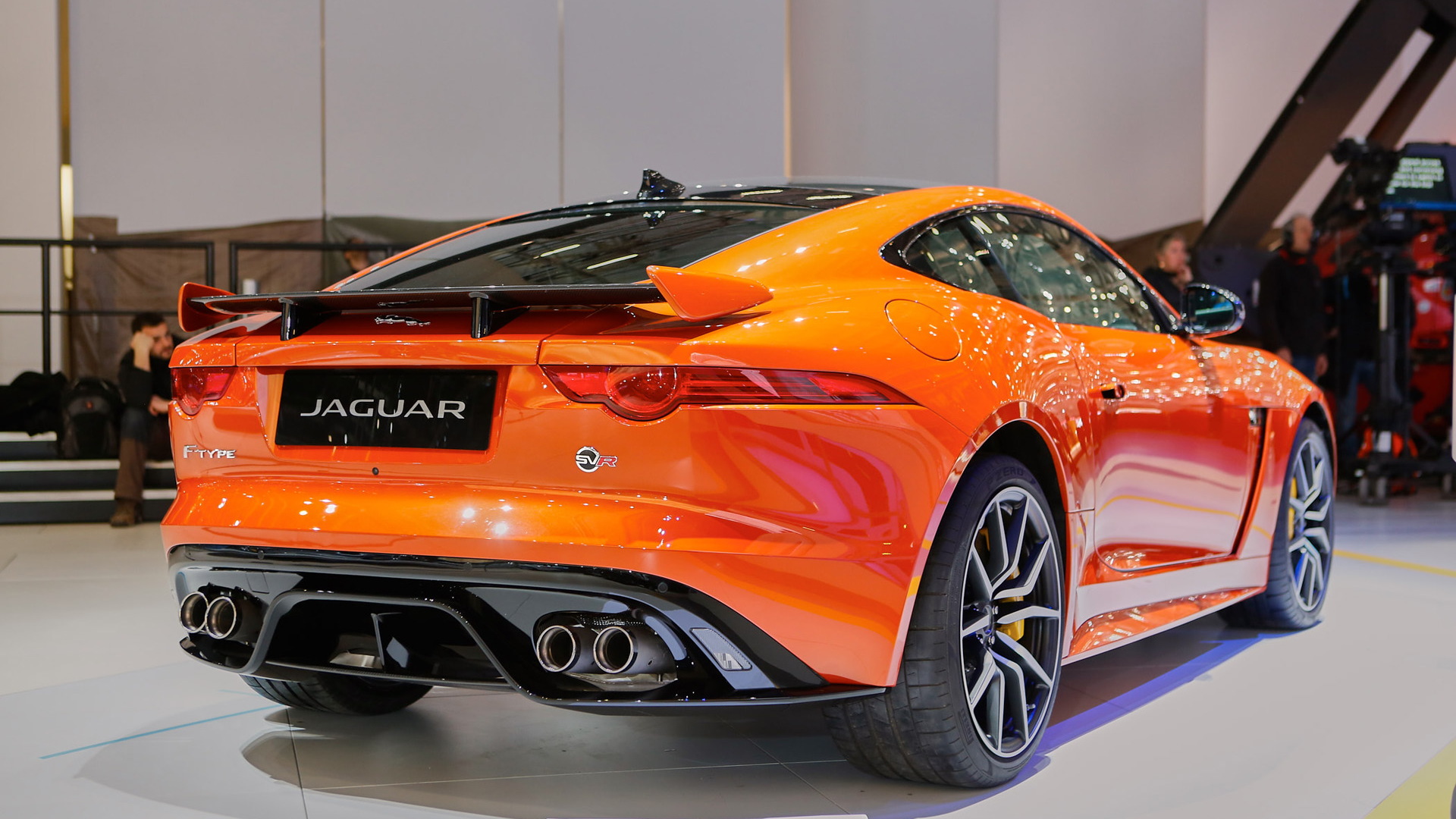 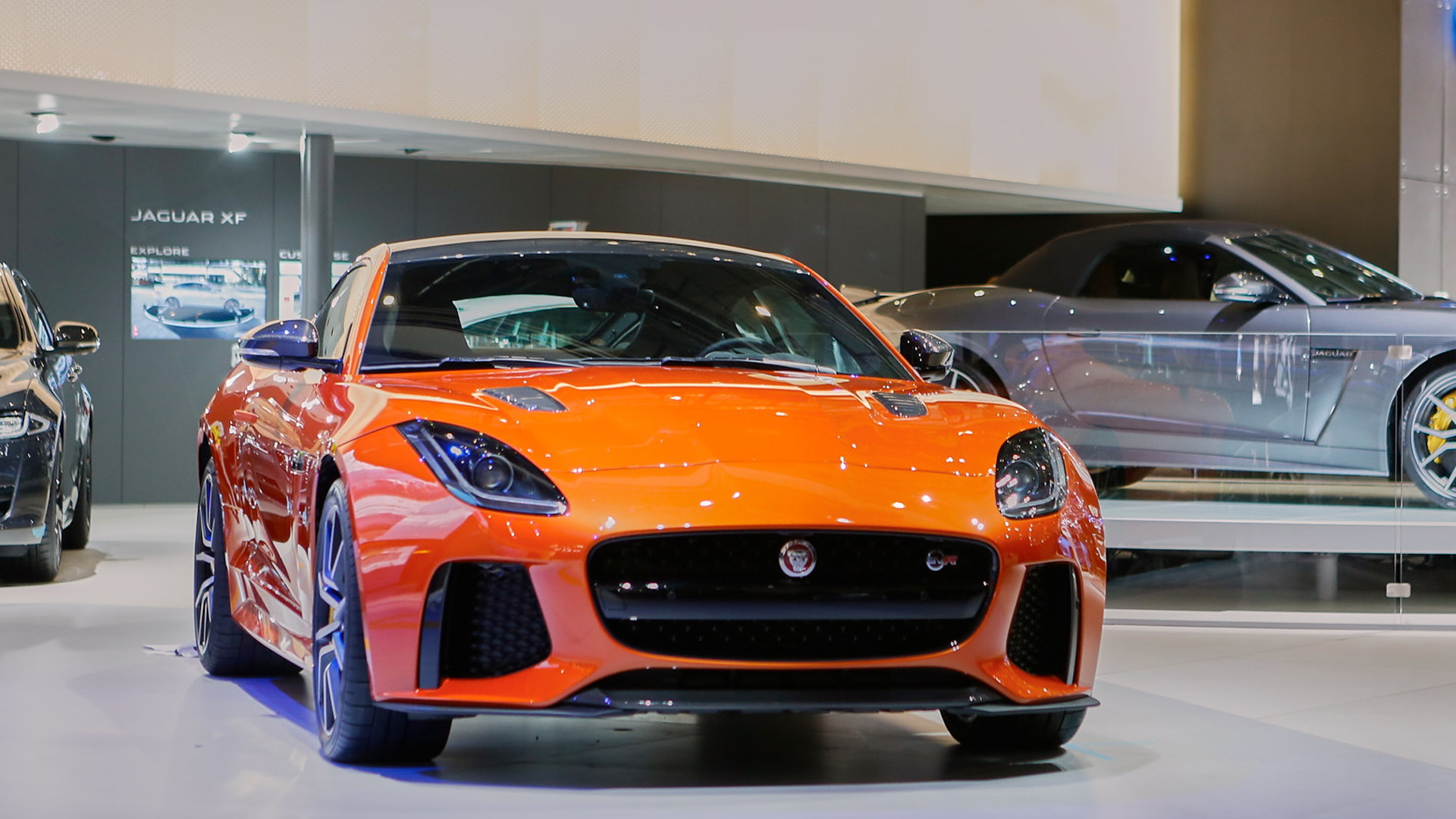 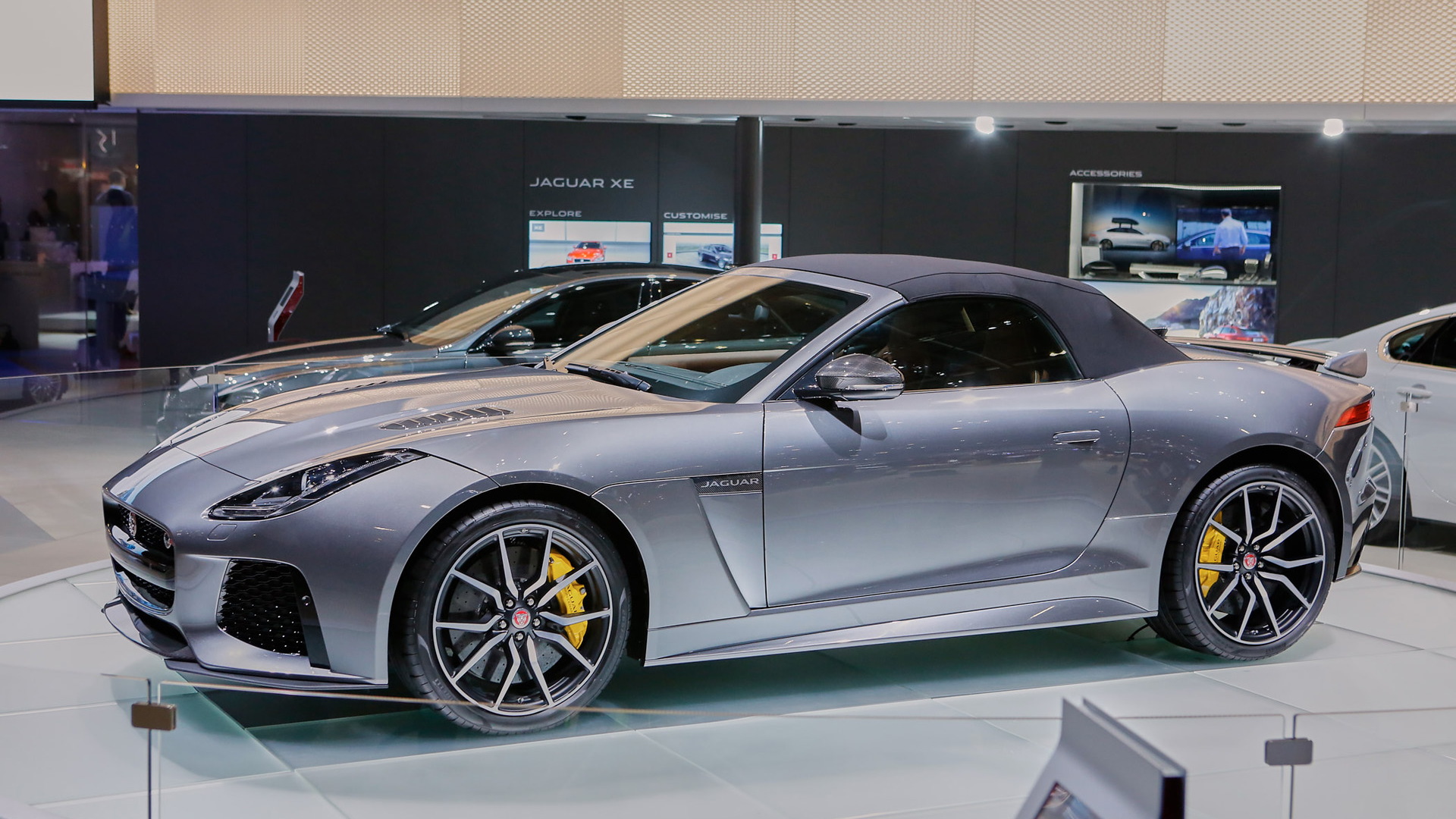 Jaguar’s F-Type was already one of the most compelling sports cars on the market thanks to a combination of stunning good looks, one of the best-sounding V-8s in production, plus a tasteful, well-built cabin. Now the British brand has thrown supercar performance into the mix, albeit without the usual supercar price tag.

Say hello to the all-new Jaguar F-Type SVR. Available as a coupe or roadster, the F-Type SVR has the Mercedes-AMG GT S and Porsche 911 Turbo directly in its sights. However, the Jaguar substantially undercuts those rivals in price while outmatching them in the power stakes. 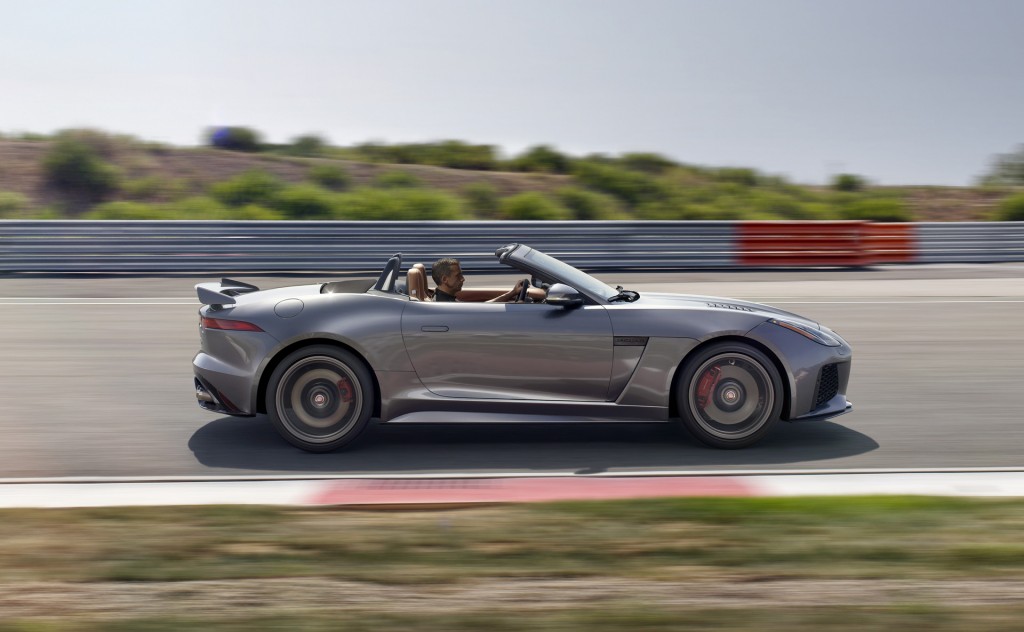 In the power department, the F-Type SVR packs Jaguar’s familiar supercharged 5.0-liter V-8. Output is capped at 575 horsepower and 516 pound-feet of torque. Here, the GT S appears almost pedestrian with its 503 hp and the 911 Turbo doesn’t fare much better with its 540 hp.

Mated to an eight-speed automatic and spinning all four wheels, the raucous V-8 will rocket the F-Type SVR to 60 mph from rest in just 3.5 seconds. Top speed is 200 mph for the coupe and 195 mph for the roadster. This makes the F-Type SVR the second fastest Jaguar ever produced. The title of fastest still goes to the uber-rare XJ220 supercar.

You also get unique calibration settings for the transmission, steering, traction control and stability systems, and the all-wheel-drive system. And on top of this there’s a titanium exhaust system that helps shed the pounds. Jaguar says the F-Type SVR weighs 55 pounds less than the F-Type R. Opt for the carbon ceramic brakes and some available carbon fiber goodies such as the roof and interior pieces and you’re looking at total weight savings of around 110 pounds. 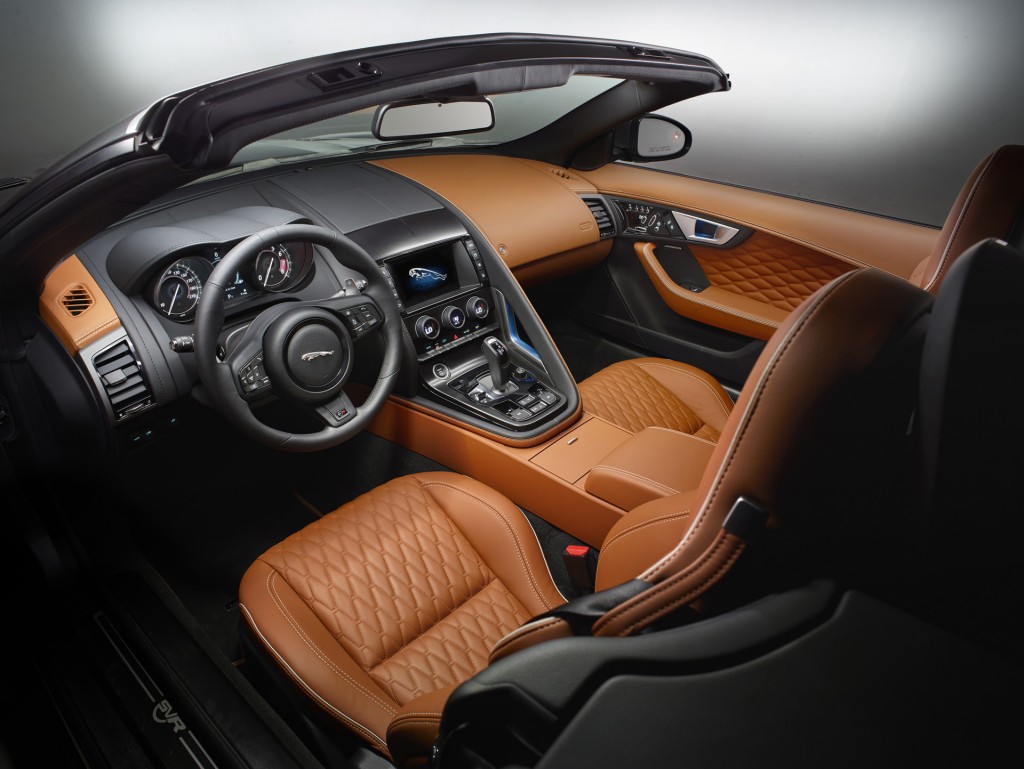 You may have noticed that the body also sports a few changes. This is partially due to the wider, specially-developed Pirelli P Zero tires. They measure 265/35 up front and 305/30 in the rear. The designers also needed to reduce drag and at the same increase downforce. This was achieved with a series of changes, mostly found under the body. The single most effective device, though, is the adjustable rear spoiler.

In the cabin you get most of the standard F-Type goodies. However, there’s also the latest Jaguar infotainment system as well as a suedecloth covering for the dash and 14-way SVR performance seats finished in plush leather with a distinctive quilt pattern, contrast stitching, and micro-piping and headrests embossed with the SVR logo. Also fitted as standard is a 770-watt Meridian surround sound system.

The world debut for the 2017 Jaguar F-Type SVR takes place this week at the 2016 Geneva Motor Show. For more coverage on the event, visit our dedicated hub.