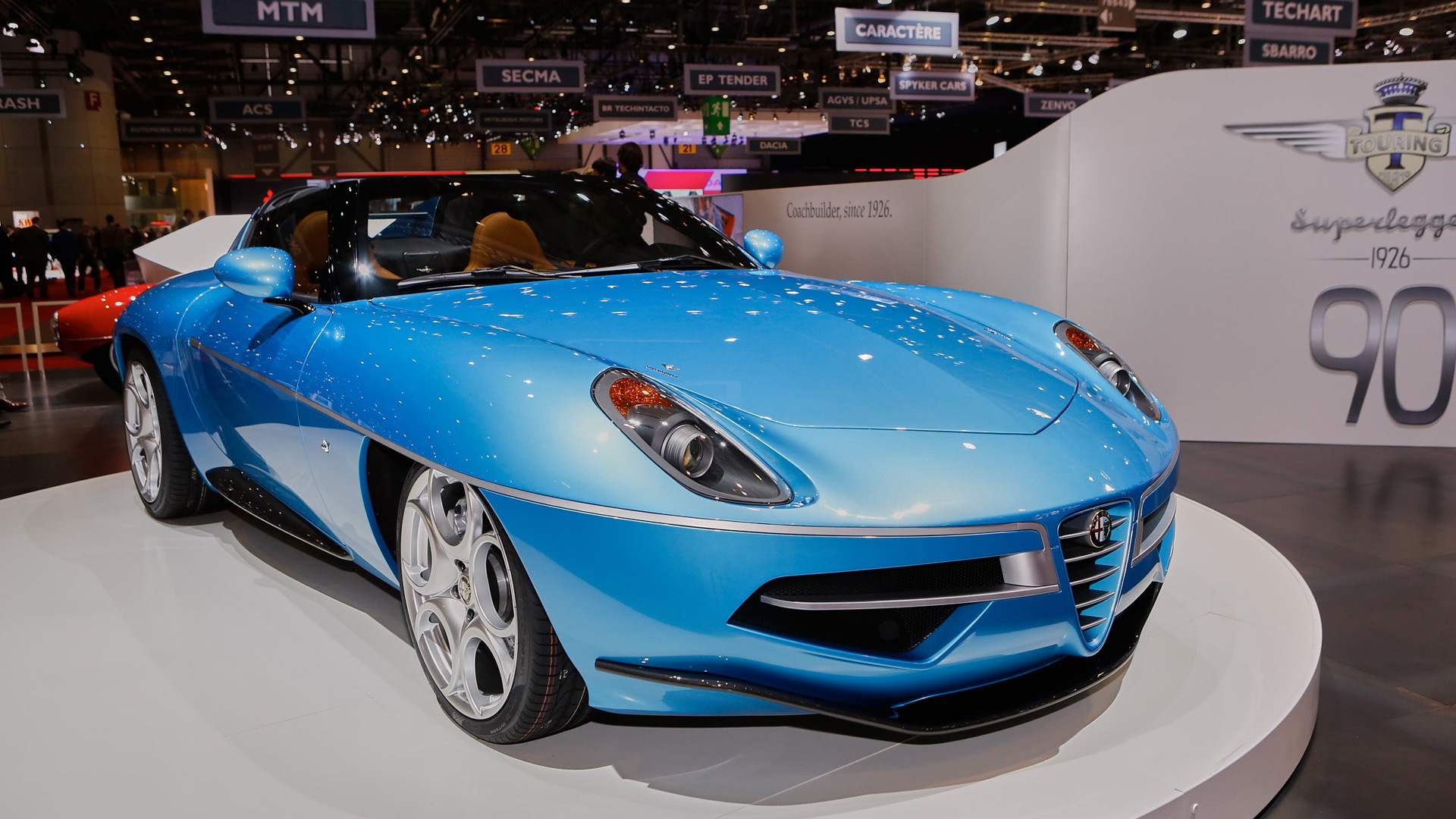 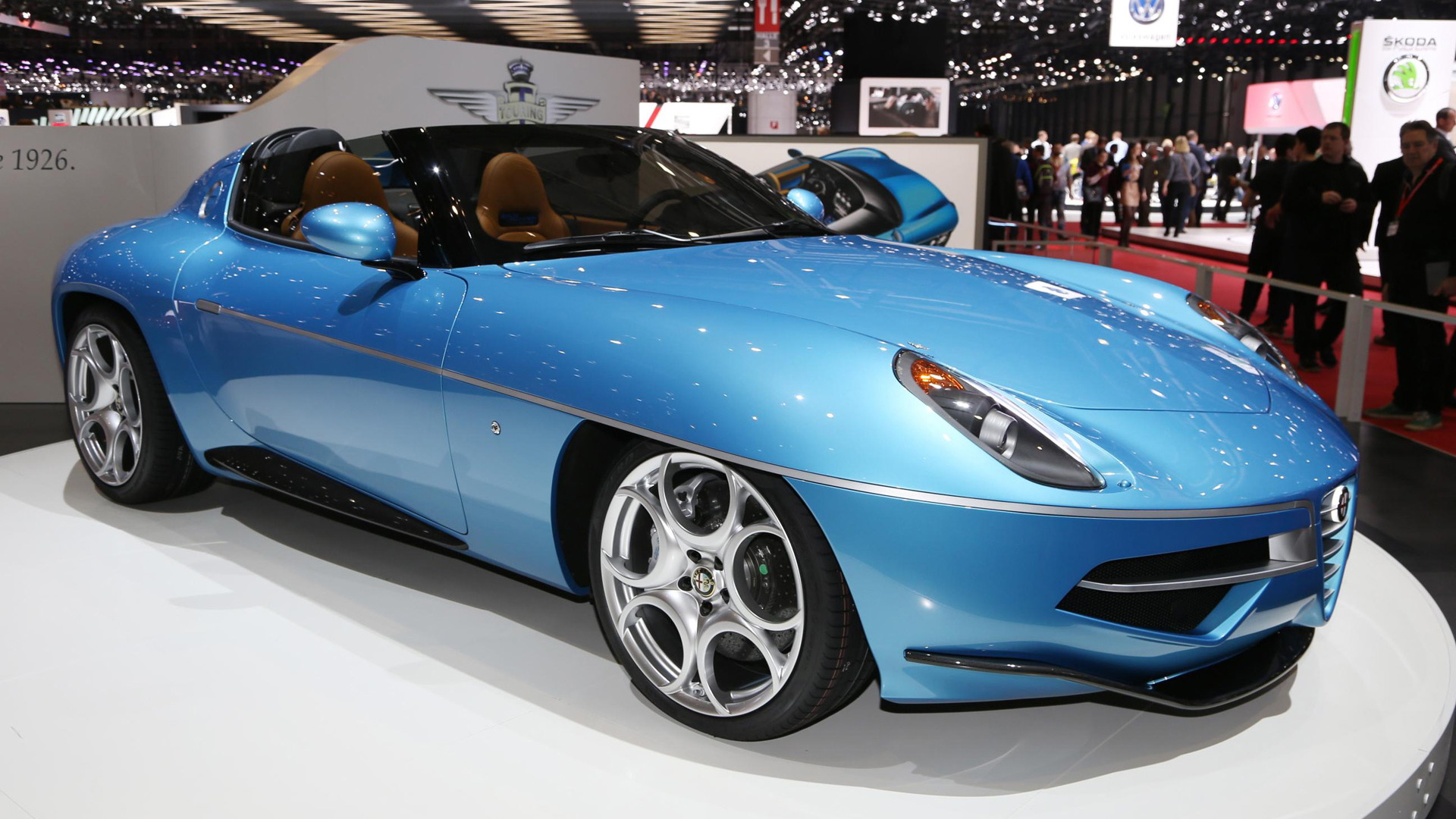 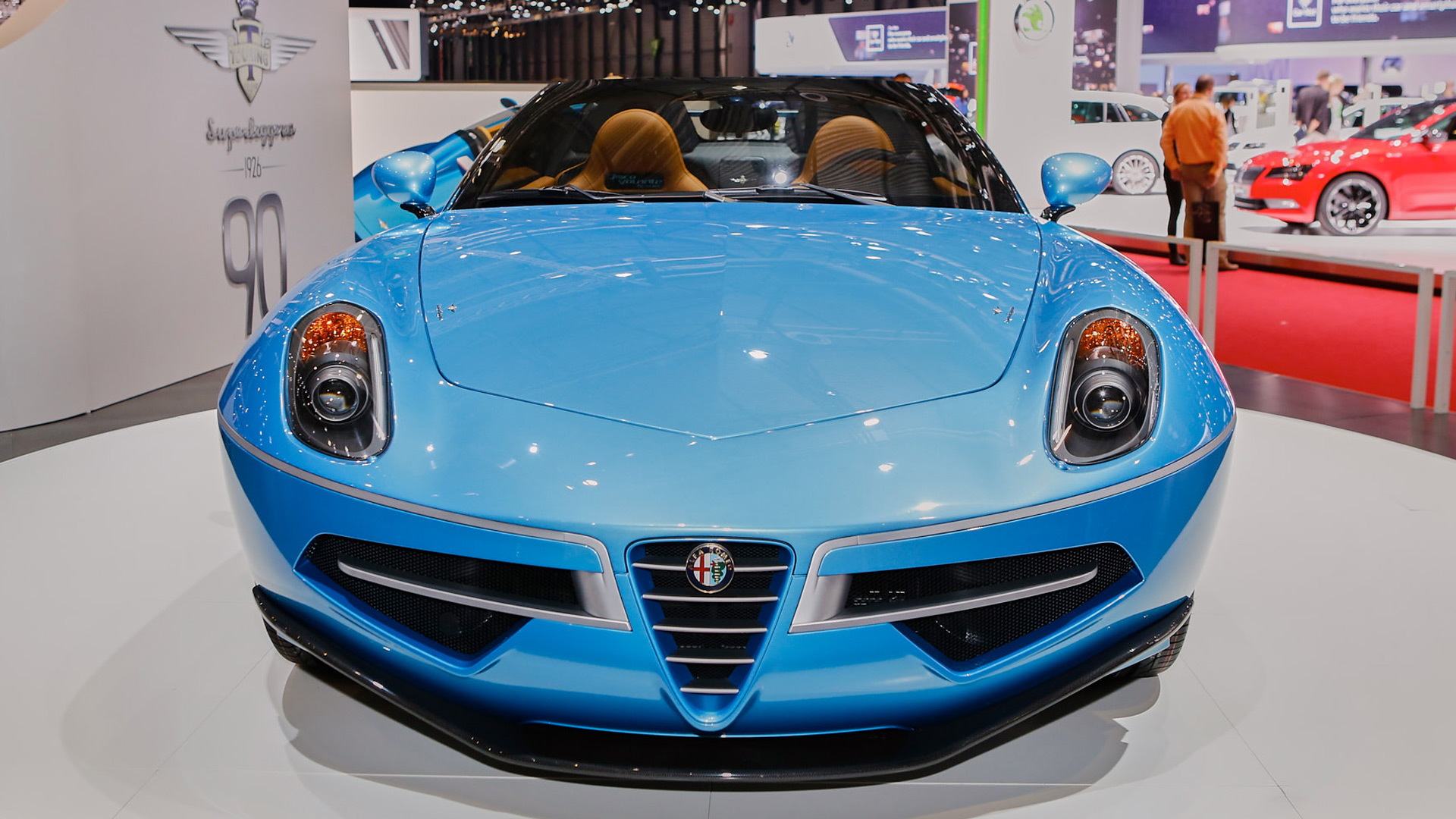 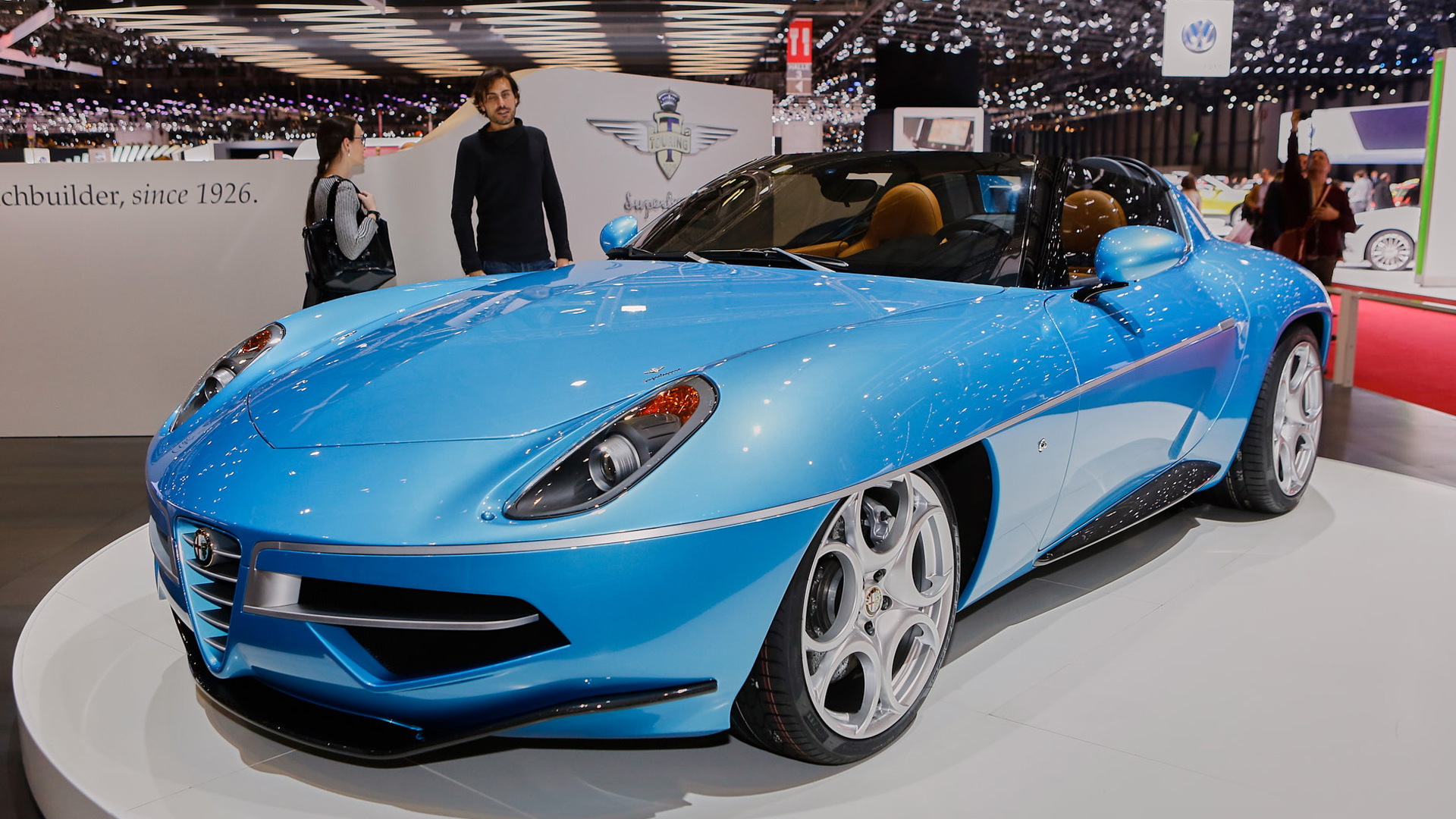 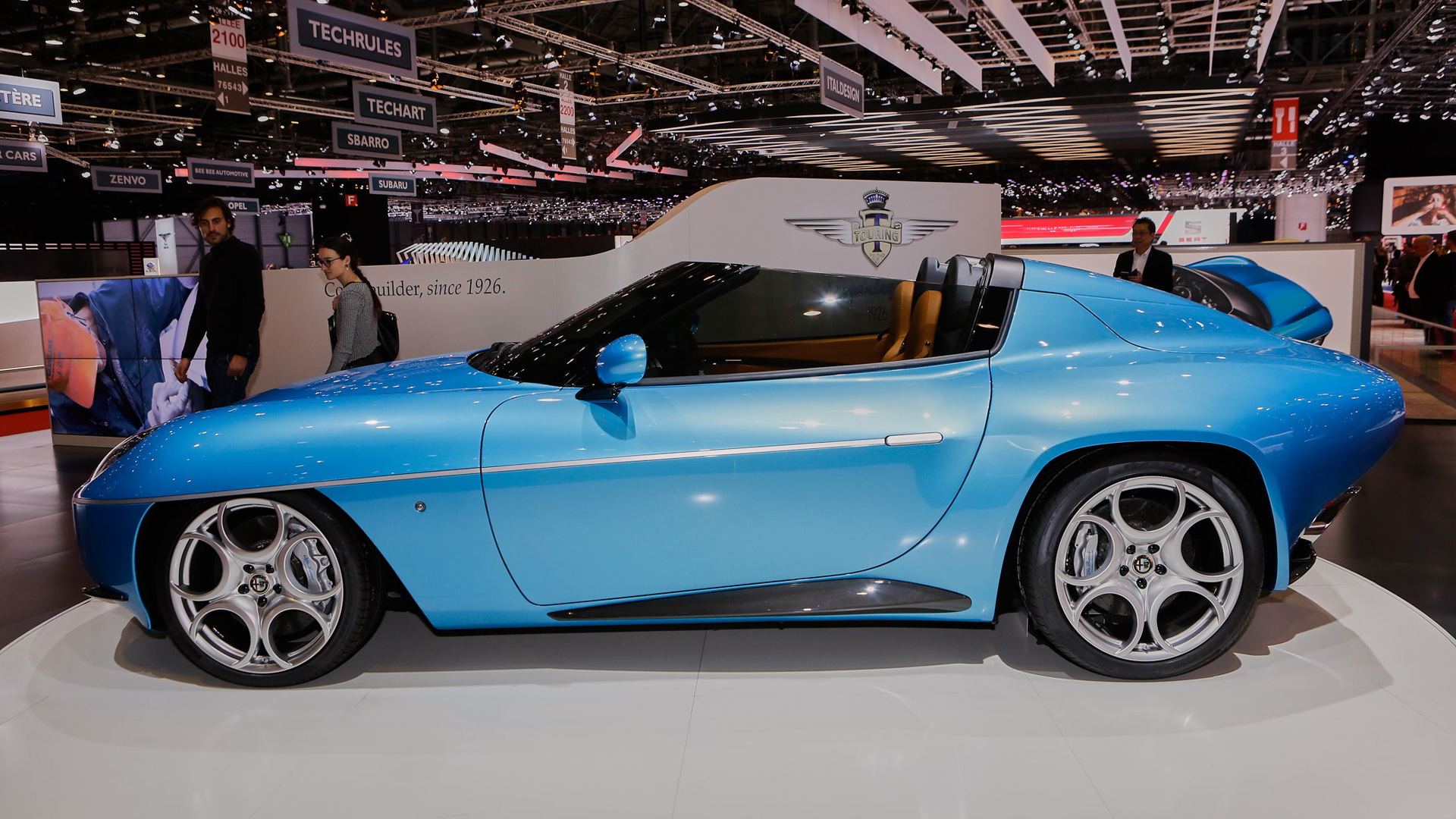 Italian coachbuilder Carrozzeria Touring Superleggera is back with another hit, this time a convertible version of 2013’s stunning Alfa Romeo Disco Volante coupe.

Touring has christened the car the Alfa Romeo Disco Volante Spyder and presented it for the first time at the 2016 Geneva Motor Show. Anyone interested better make a quick call to the Touring as there are plans to build just seven examples. Each will feature a distinct color with the first example showcased in a beautiful Blue Ceruleo exterior finish. The interior features a combination of black and brown tones for the dash and Connolly leather trim.

While the body of the 8C Spider has been completely transformed the car’s internals remain untouched. In this case, a 4.7-liter V-8 is mounted up front and spins the rear wheels via a six-speed sequential gearbox with paddle shifters. The mechanical package also includes a limited-slip differential, performance brakes and double wishbone suspension.

Peak output is 443 horsepower and 353 pound-feet of torque, which for the coupe enabled 0-62 mph acceleration of 4.2 seconds and a top speed of 181 mph. Expect the convertible’s numbers to be slightly off due to extra weight of structural reinforcements that make up for the missing roof. The roof consists of removable carbon fiber panels that can be stored in the trunk, while still leaving room for a luggage set.

Oh, and in case you were wondering what the differences are between the use of Spider and Spyder for convertibles, Touring explains that the proper tem is Spider but in the 1960s many of the Italian designers felt the misspelled term Spyder would be more exotic and appealing, thus its usage became common. Touring deliberately chose the misspelled word as a homage to the Italian coachbuilders’ tradition.