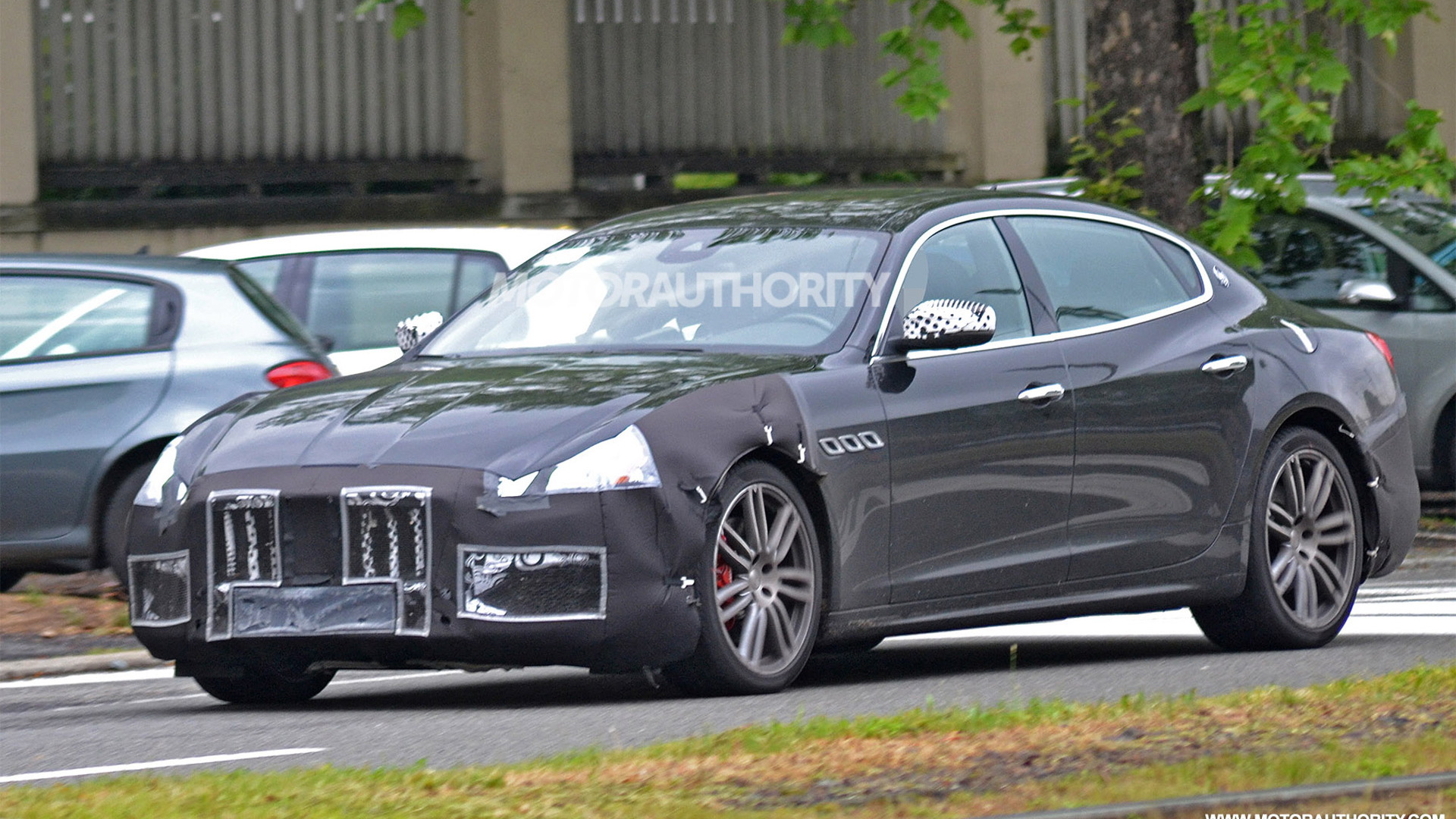 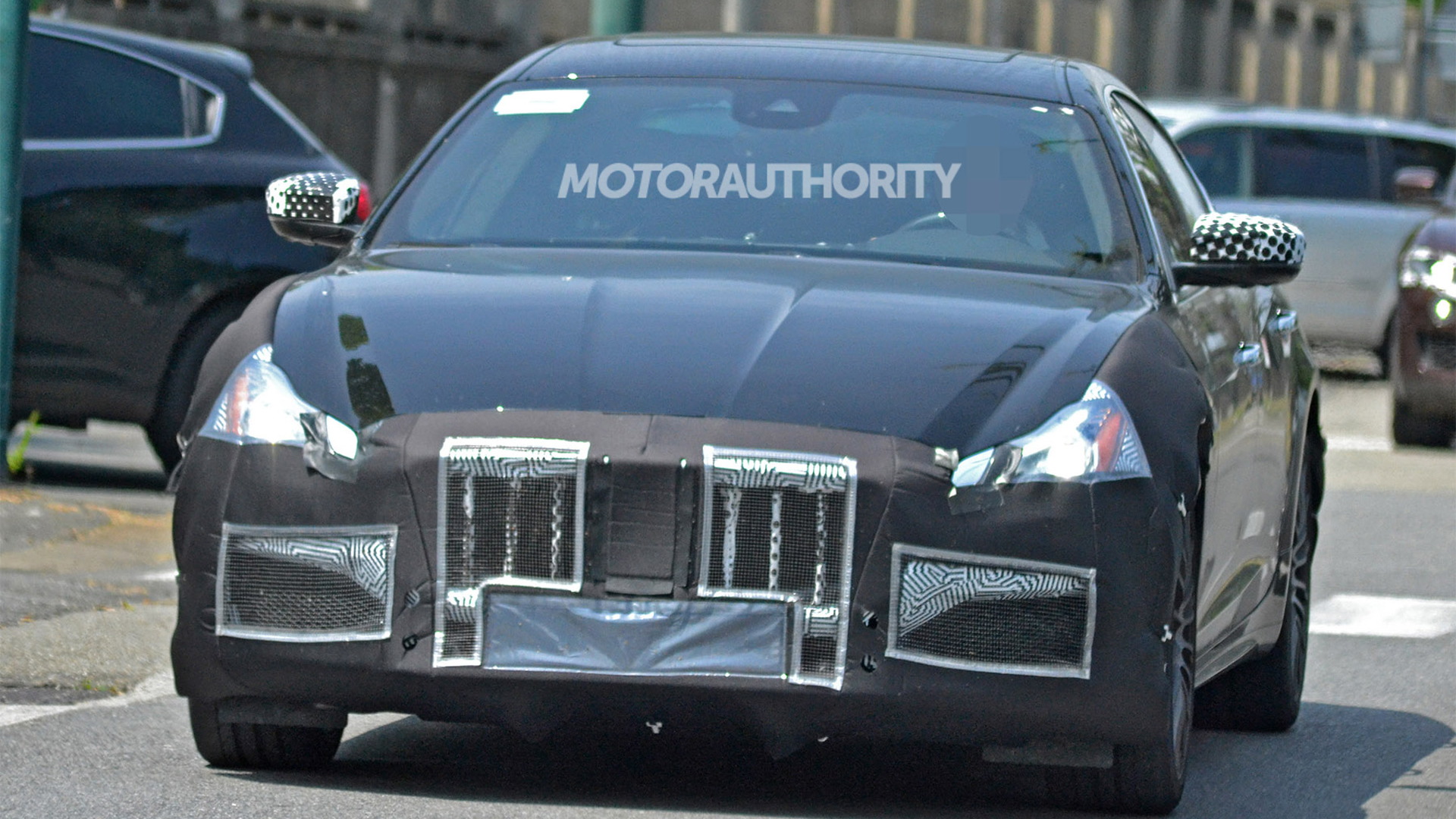 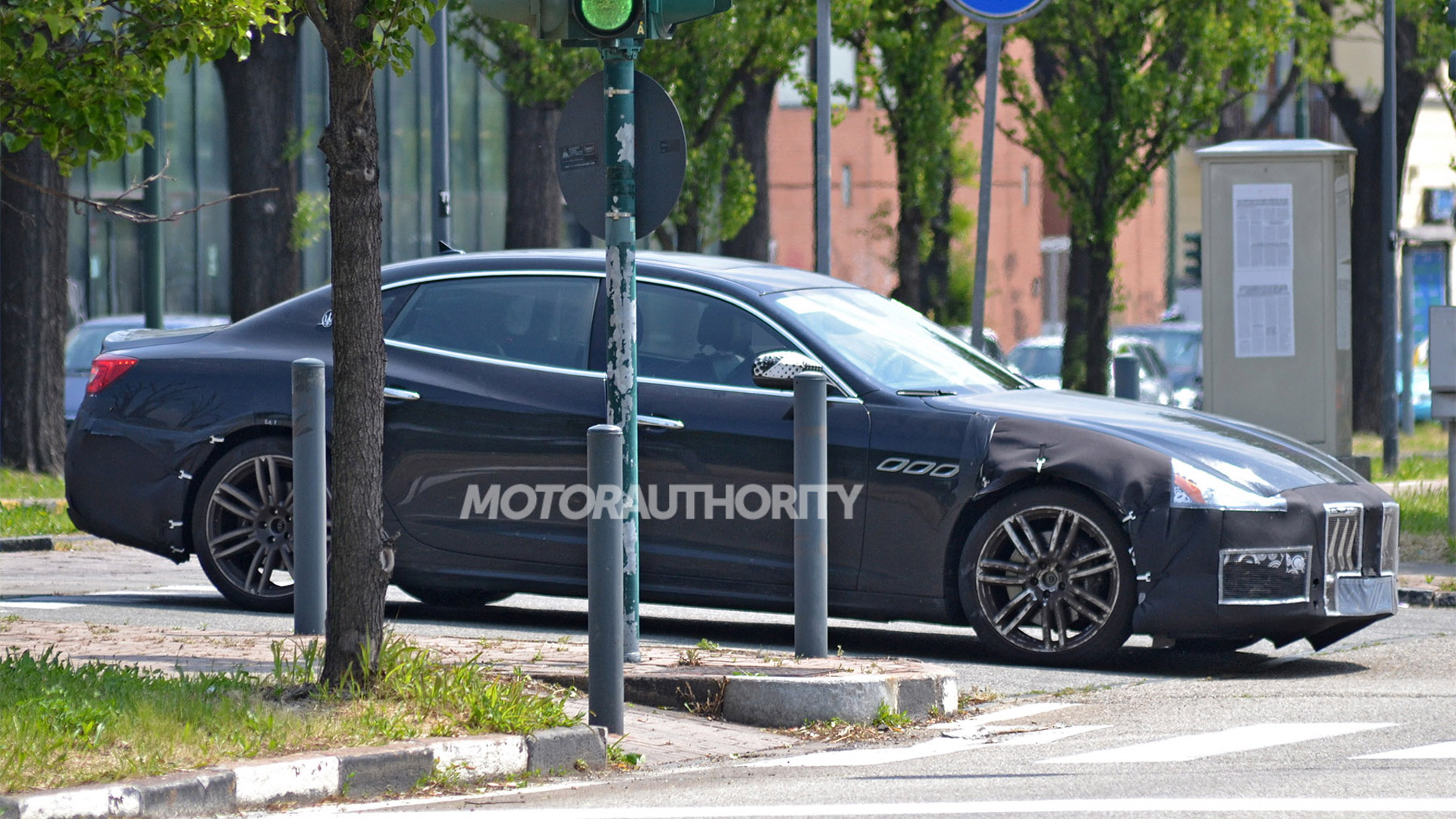 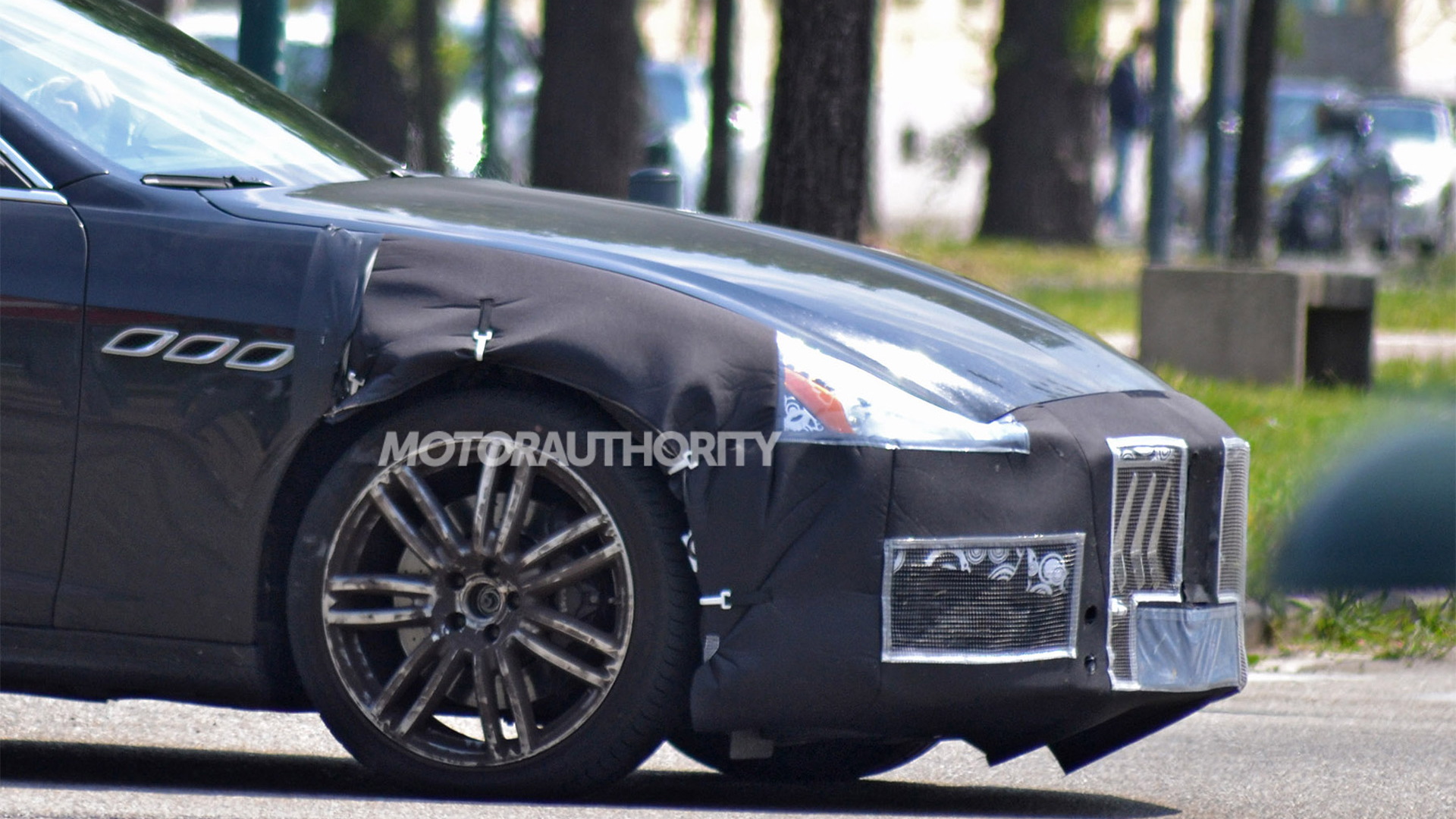 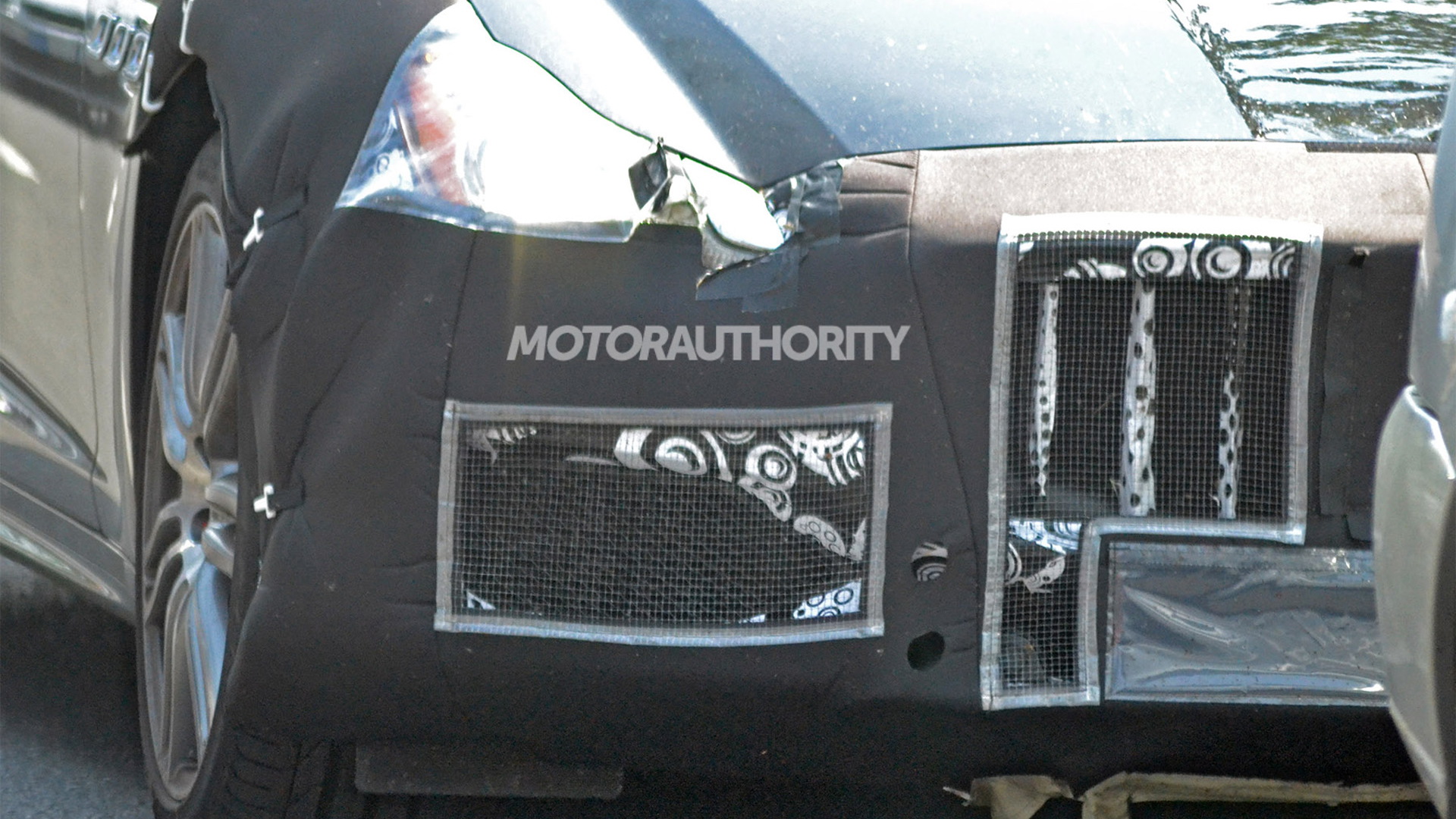 Maserati is working on a mid-cycle update for its Quattroporte.

The luxury sedan, now in its sixth generation, arrived in its current form as a 2014 model. The updated model should go on sale next year as a 2018 model.

The cladding on the car suggests the only visual changes will be some tweaks to the bumpers and grille. A more aggressive look with larger intakes and a grille more like the one used on the Levante SUV should feature.

A shot of the interior also reveals some changes. It looks like the size of the Quattroporte’s main infotainment screen has been increased.

Though it’s yet to be confirmed, the larger screen could be for Google’s new Android-based infotainment system previewed recently in a Maserati Ghibli concept car.

It’s not clear what Maserati has in store for the mechanicals but the current powertrain lineup is likely to carry over, perhaps with some minor revisions to the power and fuel economy figures. Current offerings include twin-turbocharged 3.0-liter V-6 and 3.8-liter V-8 engines, with outputs ranging from 404 horsepower up to 530 hp. The transmission will remain an 8-speed automatic.

Sales of the Quattroporte as well as those of the smaller Ghibli have cooled over the past year, namely due to a slowdown in China. This led to Maserati cutting back on production.

The automaker hasn’t released sales figures for the two cars but the total for 2015 is believed to be approximately 30,000 units, down from 33,000 the previous year. Hopefully this update will help spur some additional sales.