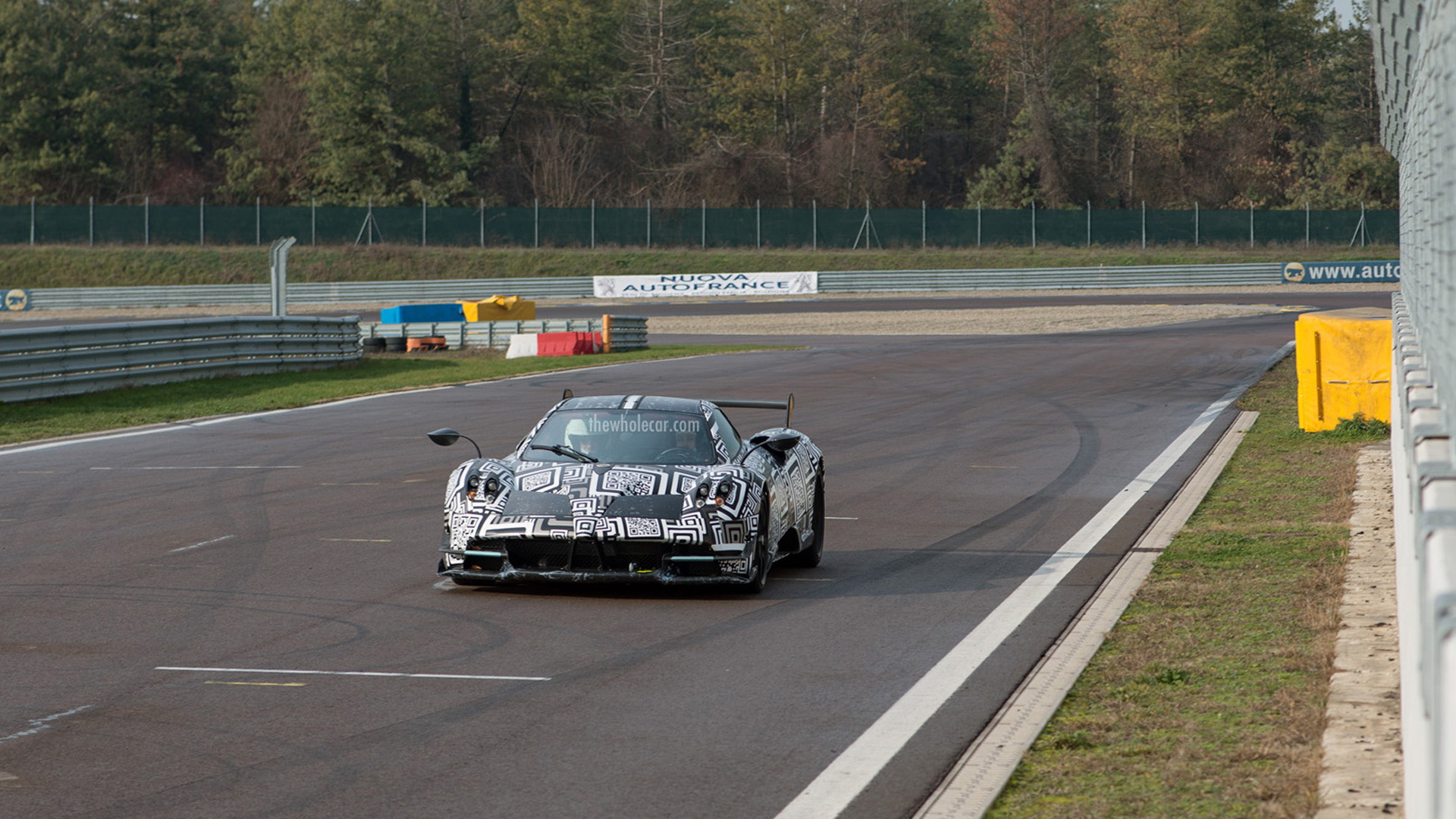 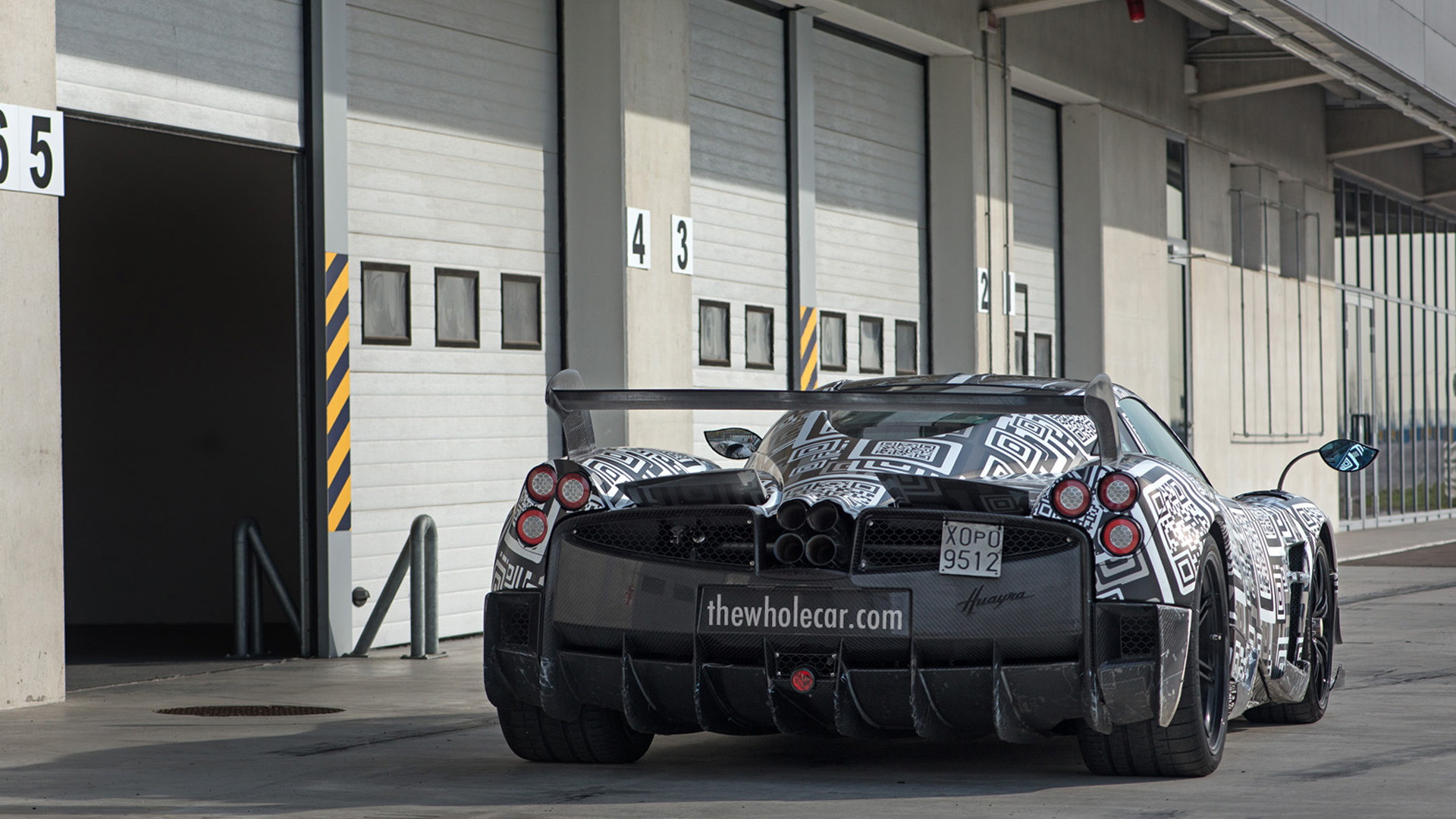 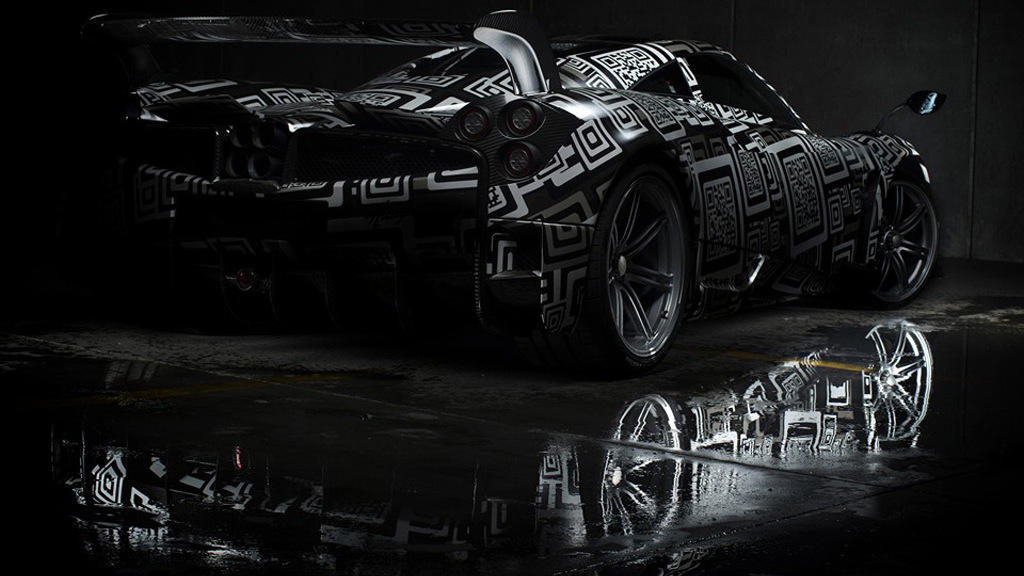 Pagani is working on a new Huayra variant, as evidenced by the handful of prototypes spotted across Europe in recent months. Recently, the Italian supercar marque dropped the first teaser shot of the car and it showed a massive rear wing. Now we have some new shots that reveal some never-before-seen details.

The new shots, and others like it, are posted to the website The Whole Car and reveal an extra wide rear diffuser plus new vents in the rear bumper. We can also see that the front of the car sports new horizontal splitters in the lower bumper. Combined with the aforementioned rear wing, these features should boost downforce considerably.

With the regular Huayra now embarrassingly outpaced by rivals, it makes sense that Pagani will want to offer a more potent version. Expect power from the car’s twin-turbocharged 6.0-liter V-12 engine also to be increased beyond the regular Huayra’s 720 horsepower, as evidenced by the new vents at the rear.

In addition to its official teaser, Pagani left the message, “2016 is coming.” The automaker also left the social media tag “#‎huayrabc,” perhaps hinting that the new Huayra variant will wear a “BC” badge.

We’ll have more details soon as Pagani will most likely be unveiling the car at the 2016 Geneva Motor Show in early March. For more coverage on the event, head to our dedicated hub.