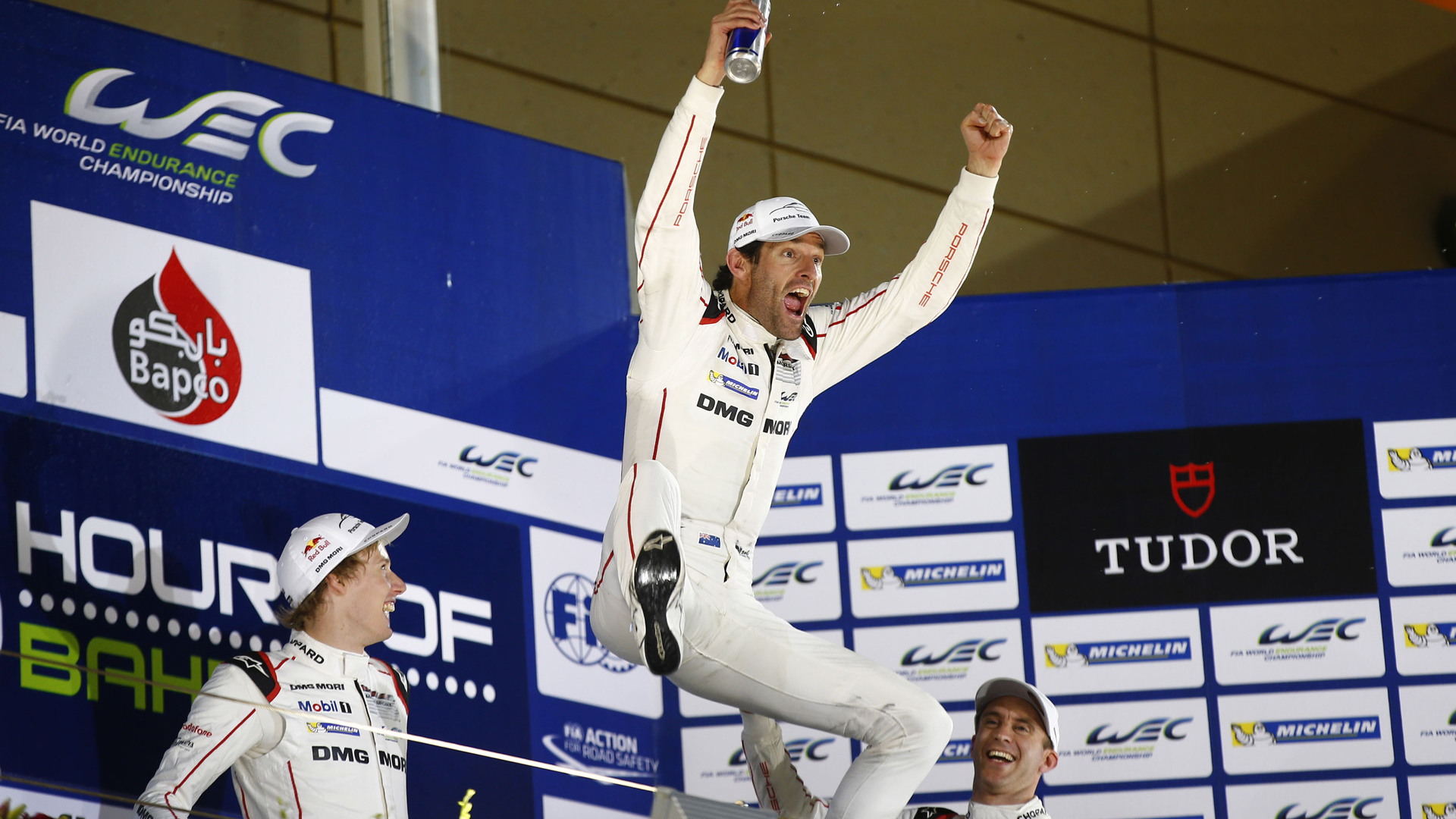 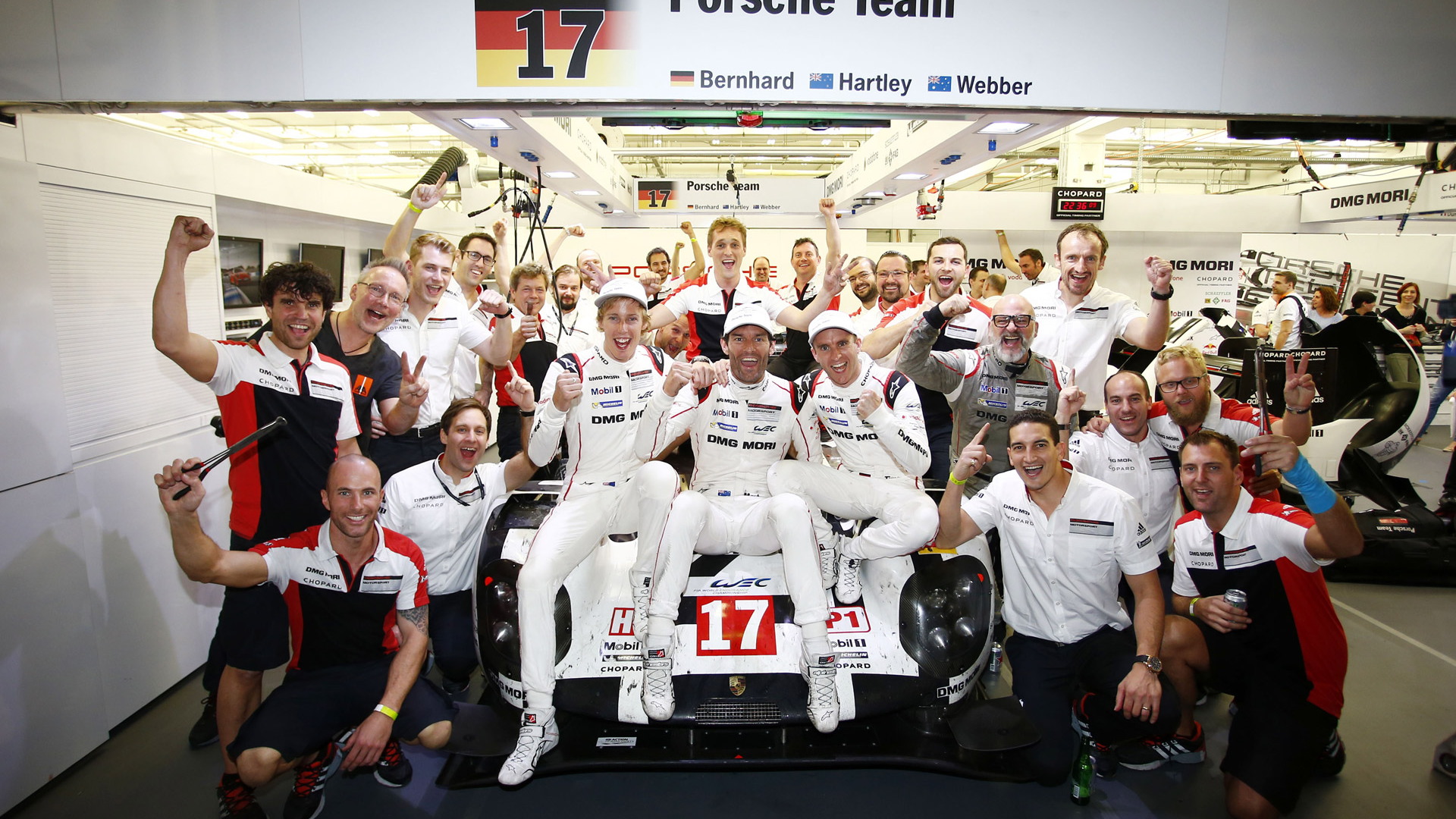 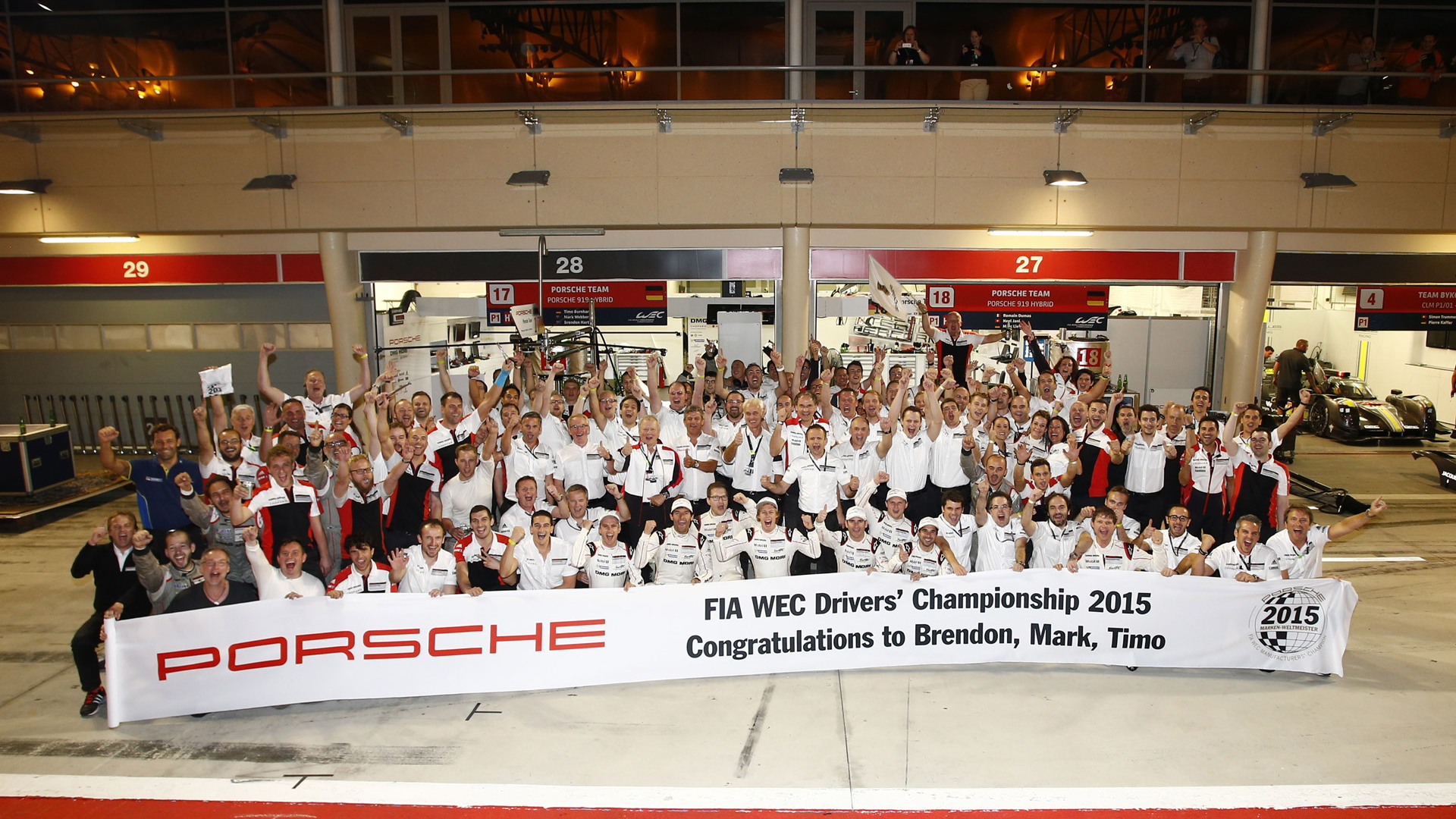 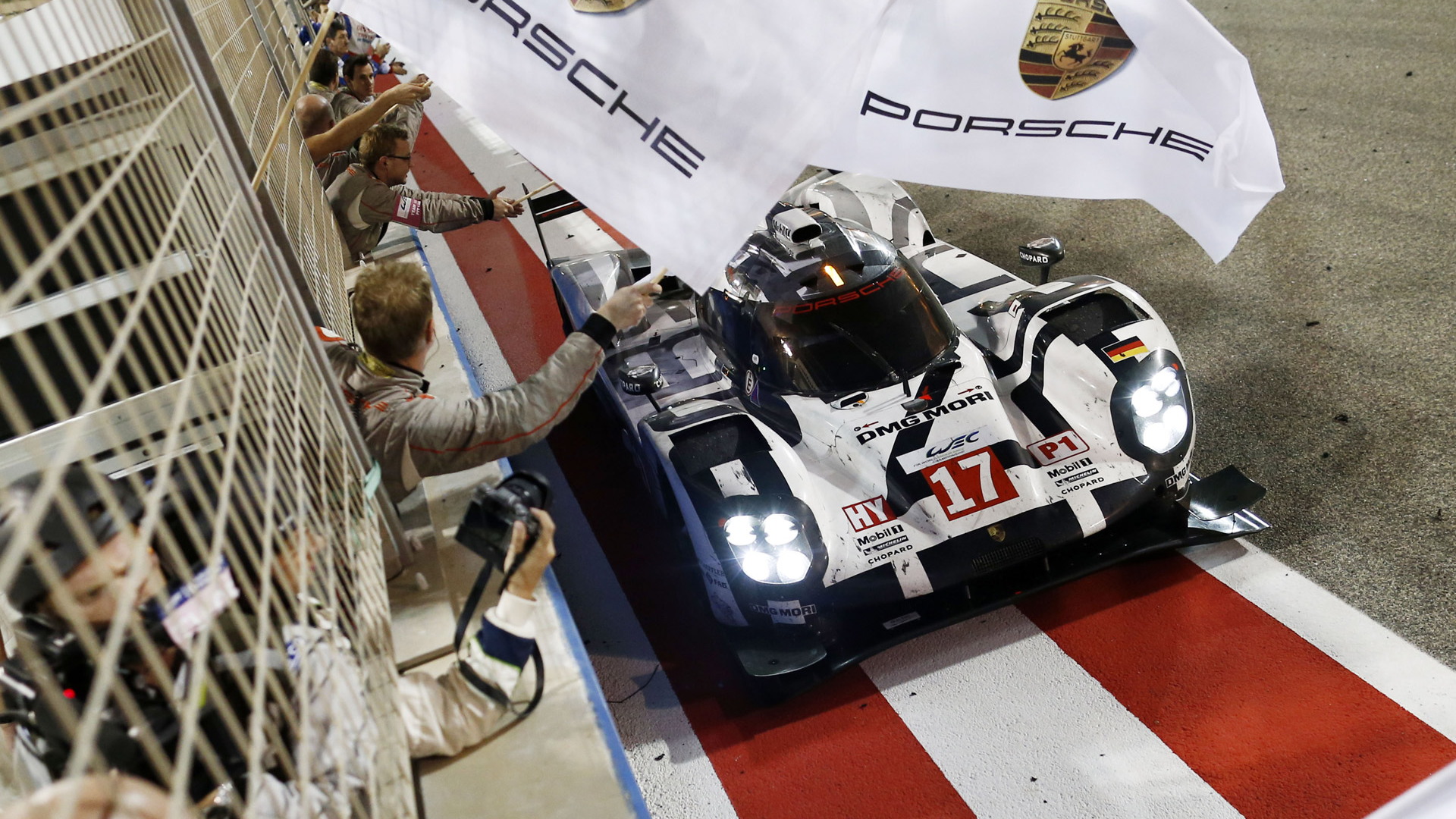 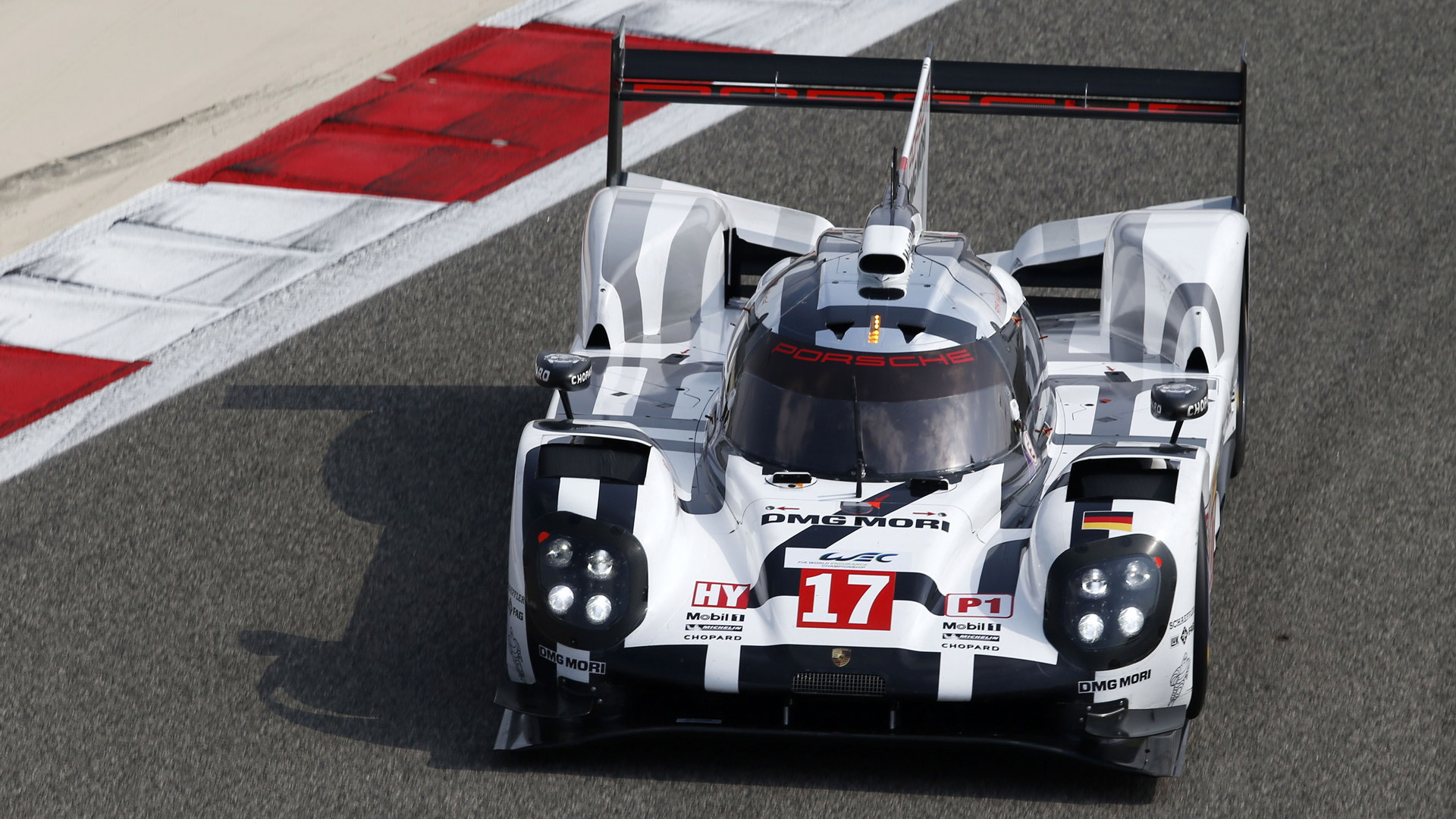 In only its second year back in top-level endurance racing, Porsche has managed to secure both the Drivers’ and Constructors’ titles in the World Endurance Championship. The top drivers in the premier LMP1 class were Timo Bernhard, Brendon Hartley and Mark Webber, who together managed 166 points each piloting the number 17 Porsche 919 Hybrid. The runners-up were Audi men Marcel Fässler, André Lotterer and Benoît Tréluyer, who were just five points behind in the number 7 Audi R18 e-tron quattro.

Given the close competition this year, the championship-winning drivers were only named after the final event on the calendar, this past week’s race in Bahrain. It was a nail-biting finish to the year, especially for Webber who finally has a world championship under his belt after narrowly missing out on a Formula One title back in 2010. Webber, together with Bernhard and Hartley, only finished fifth in the Bahrain race but still secured the title since their Audi rivals didn’t win.

“I am so proud to be world champion with Timo and Brendon and with Porsche,” Webber said after the race. “It was 1986 when Derek Bell managed this the last time—it was a massive day for the team.”

In the LMP2 class, G-Drive Racing claimed the Constructors’ title, with the Drivers’ titles going to the team’s drivers Sam Bird, Roman Rusinov and Julien Canal.