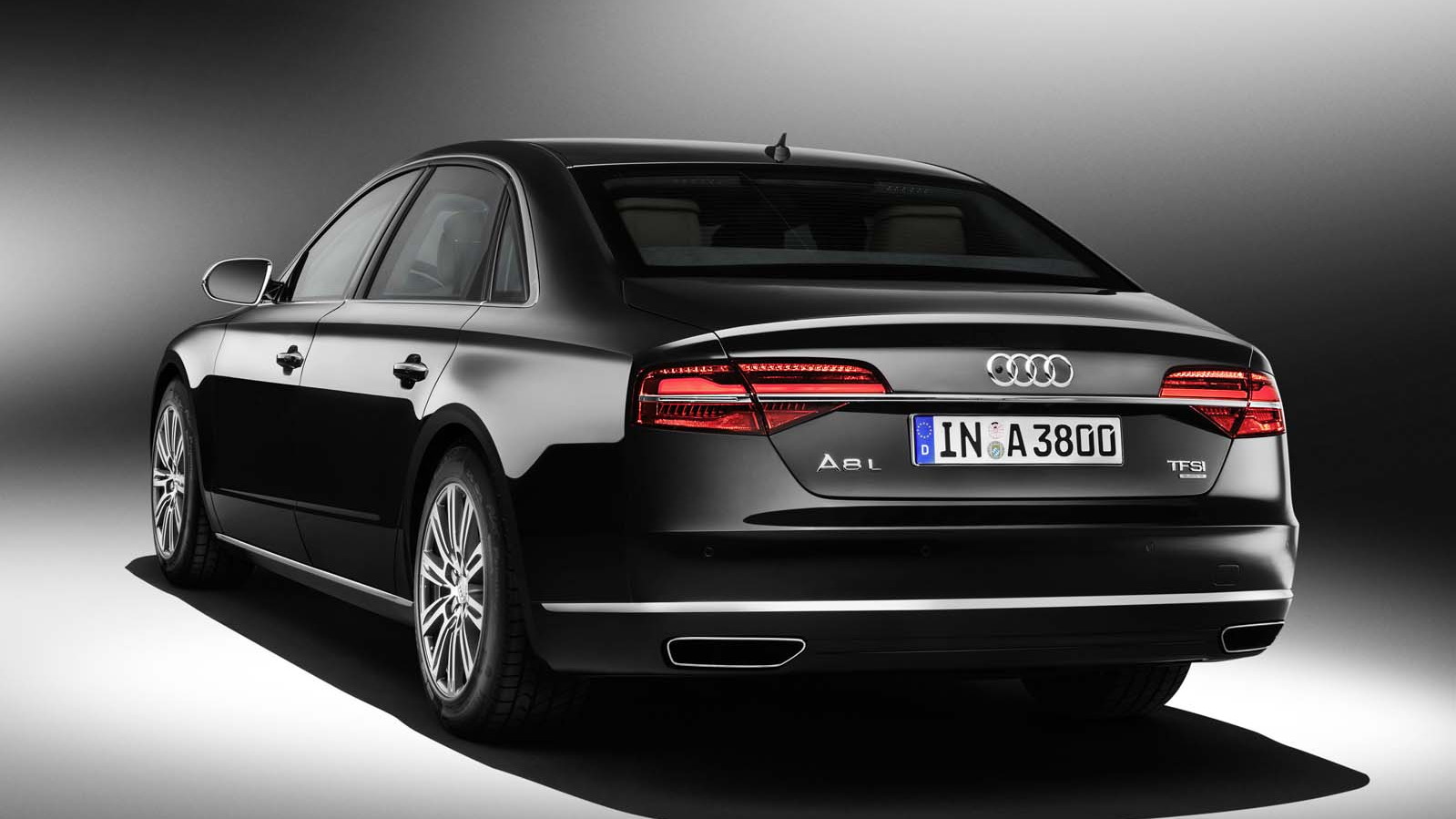 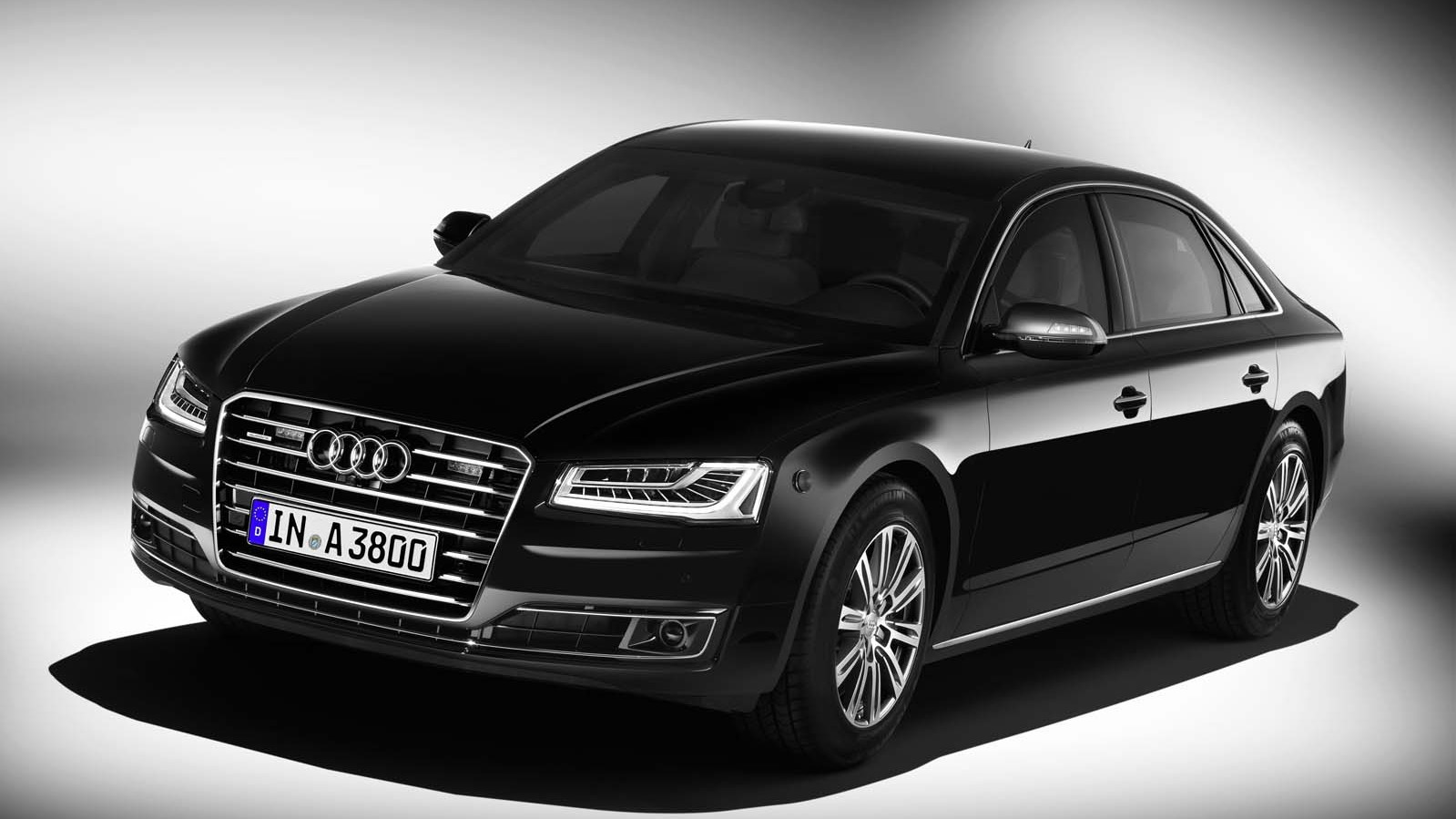 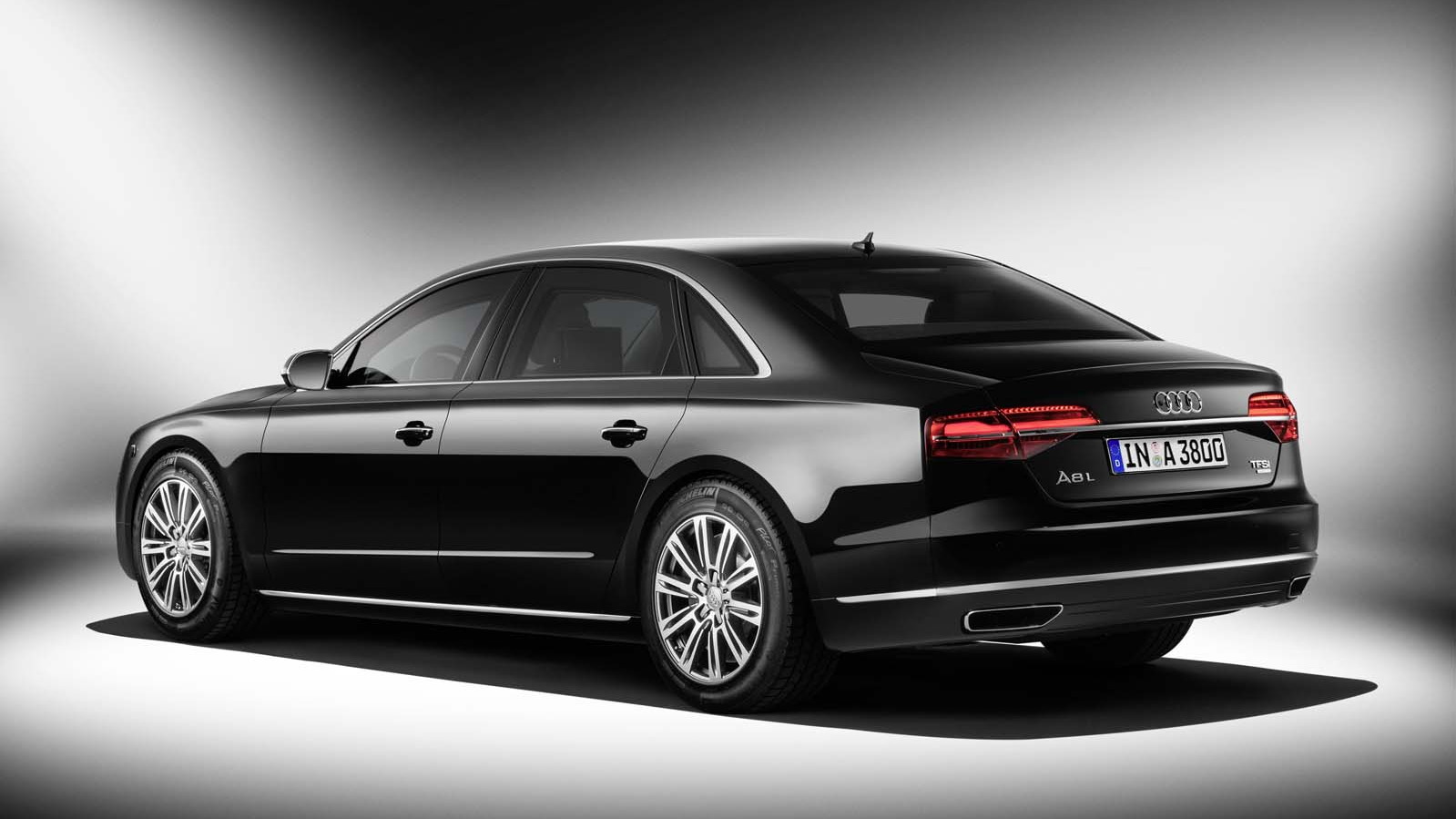 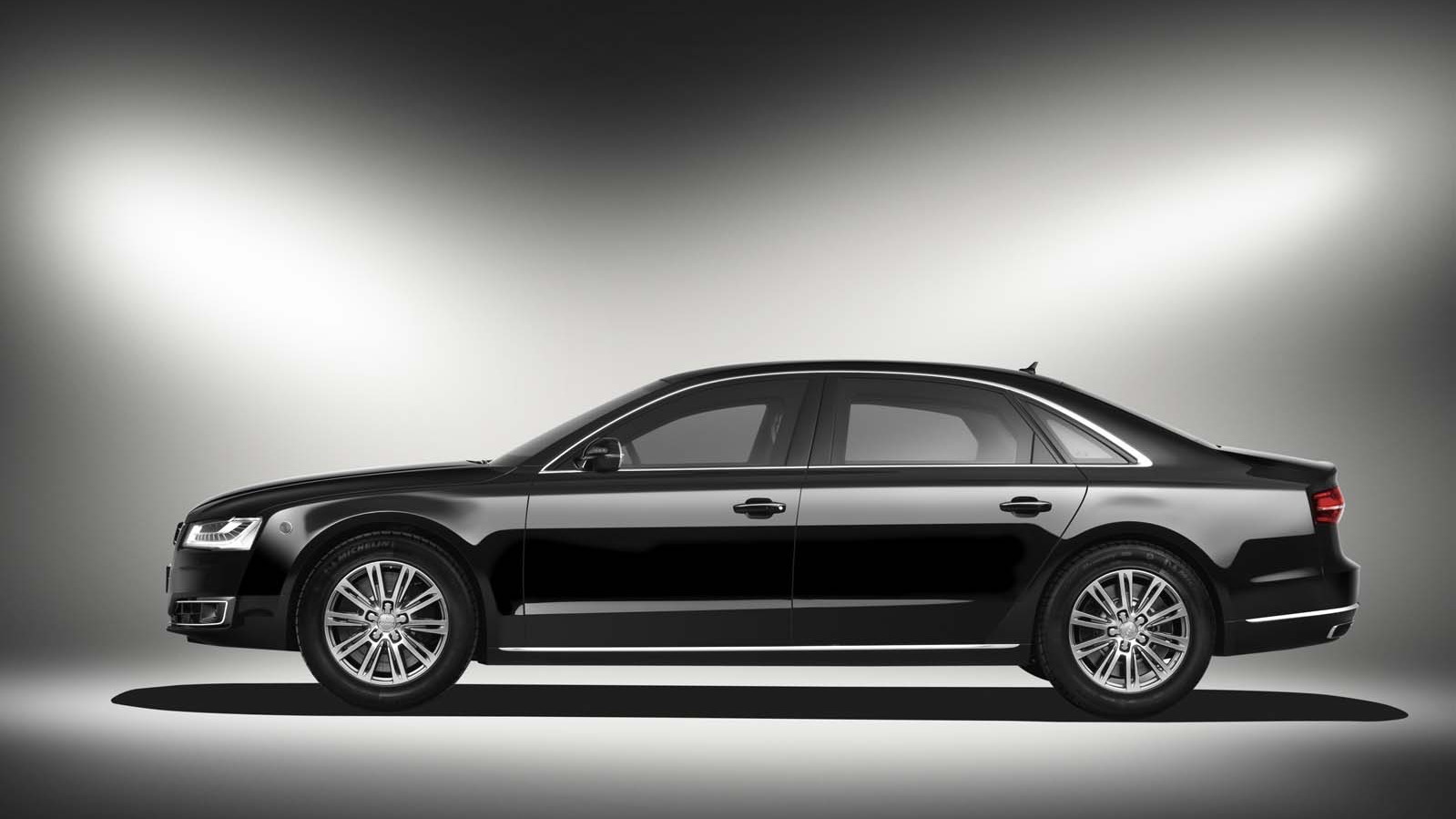 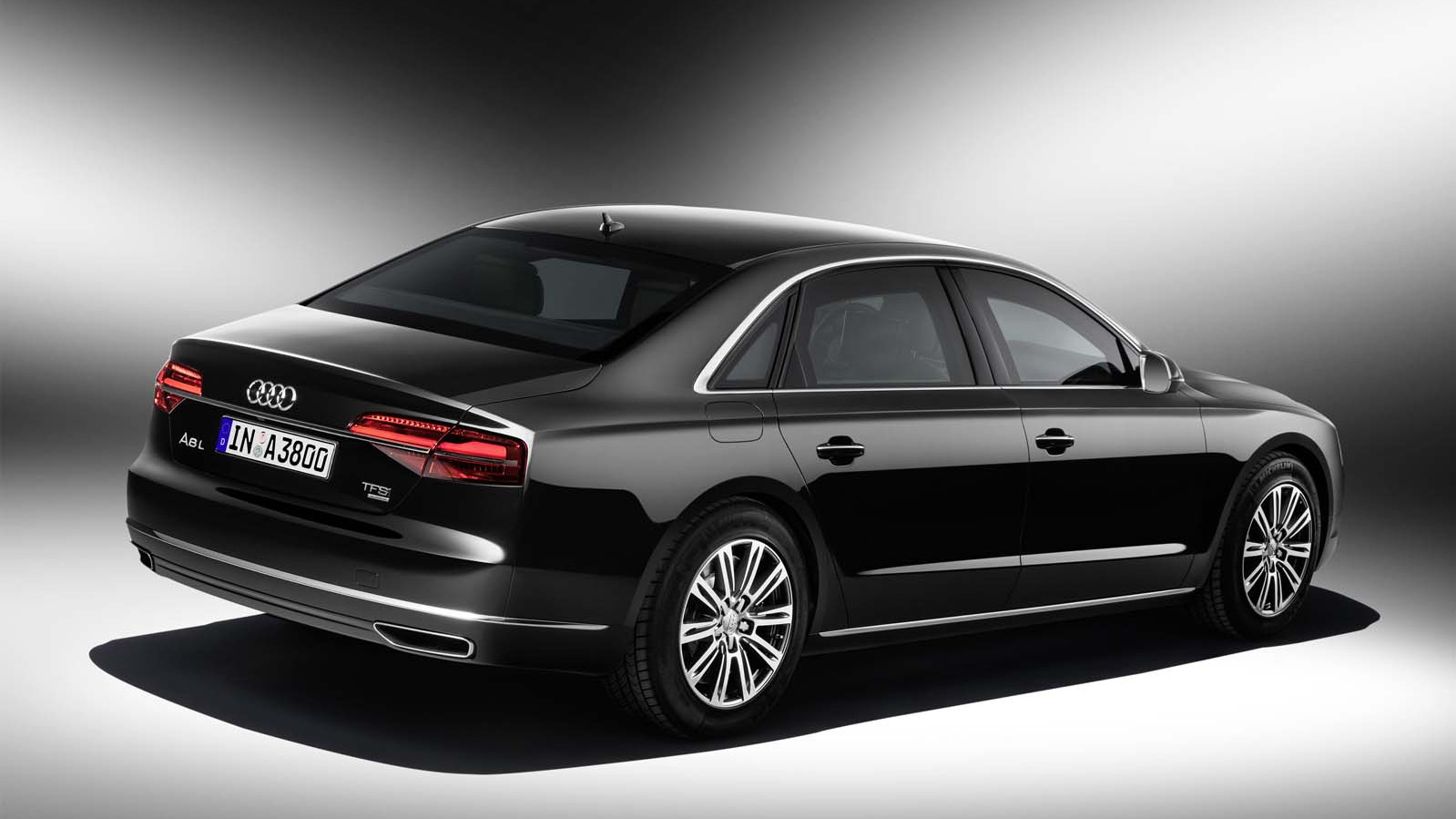 The world can be a dangerous place, particularly so if you're a high-value target like a diplomat, tycoon, or celebrity. So for the—hopefully small—percentage of clients who believe that there is quite literally someone gunning for them, Audi offers the A8 L Security.

The latest version of the new armored car will be on display later this month at the Frankfurt Motor Show.

Based on the company's long-wheelbase version its ultra-luxurious A8, the sedan features all the trappings of a executive car, along with what James Bond's Quartermaster might describe as some "optional extras." Under the skin, hot-formed steel armor, aramide fabric—the type of material used in body armor—and special aluminum alloys are employed to provide occupants with VR9 level of protection, the highest grade of ballistic certification for civilian vehicles.

The designation means the body and glass provide resistance to military-grade small-arms like M14 and FAL-FN rifles from ten meters, and at least three shots from squad-based heavy artillery like an M60 machine gun from a similar distance. The Audi A8 L Security also meets the stringent ERV 2010 standard, which mandates vehicles withstand a blast of 15 kilograms of TNT from two meters.

Under the hood, customers can choose either a 435-horsepower, 4.0-liter biturbo V-8, or 500-hp W-12. Opting for the 12-pot mill means a top speed of 130 mph—an electronic limit to reflect the capabilities of the run-flat tires. No other performance specs are currently available.

Along with the trick rubber, there's also an on-board fire suppression system, and the cabin even has provisions to deliver passengers fresh air. Of course, the nature of this niche vehicle means there are myriad custom possibilities. But a convertible probably isn't on the menu.

For live photos and more news from the Frankfurt Auto Show, head to our dedicated hub.