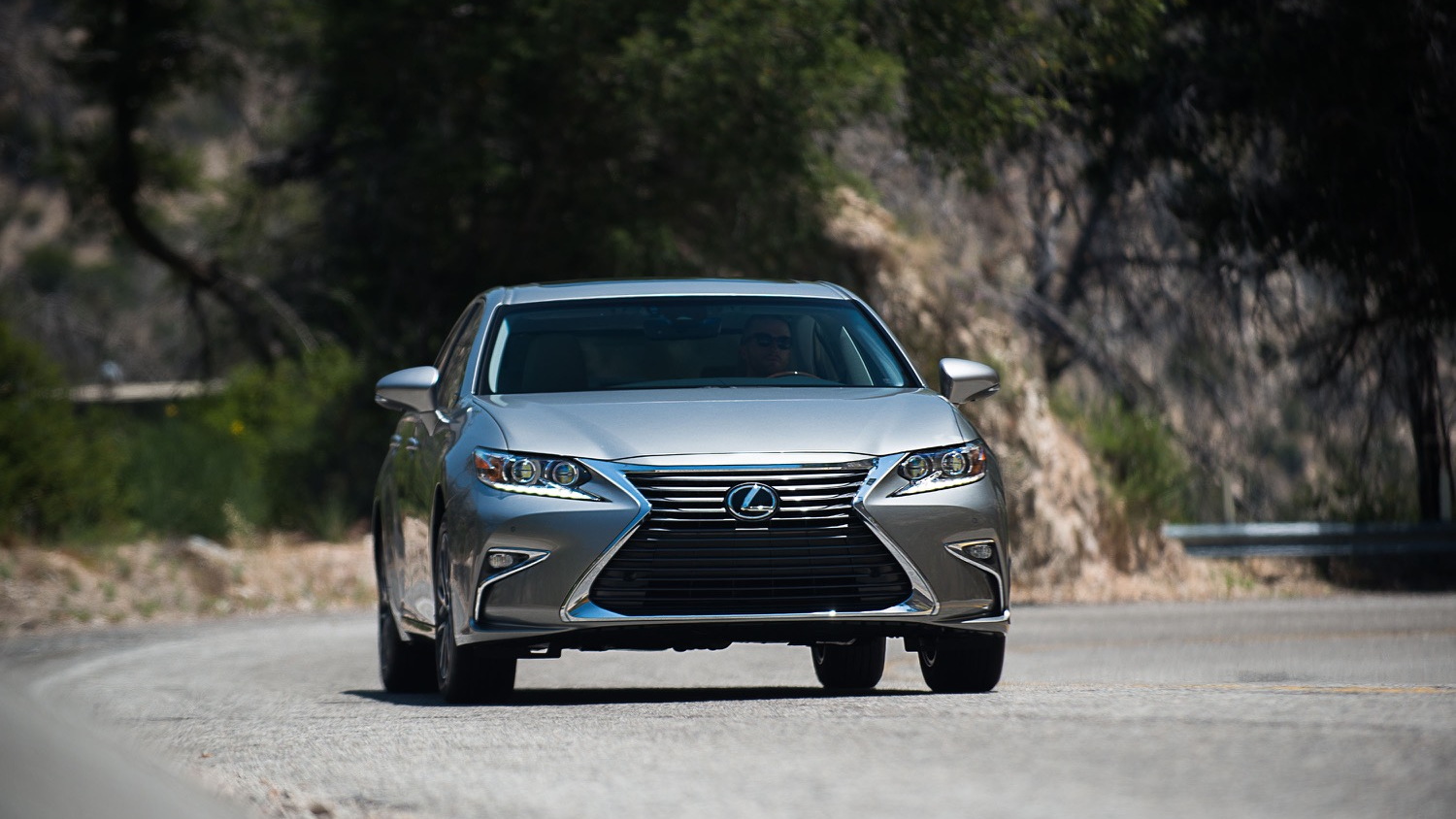 After debuting at the 2015 Shanghai Auto Show, the refreshed 2016 Lexus ES is finally making its way Stateside. Following its Toyota Camry sibling, the ES gets a substantial restyling and some new features, but remains the same under the skin.

The new look includes a new front fascia with a larger, single-piece version of the Lexus spindle grille with satin chrome trim, plus aggressively-shaped fog lights and standard LED headlights. At the back, the ES gets new tail-lights with L-shaped elements, and chrome-tipped rectangular exhaust outlets (on non-hybrid models), meant to echo the brand's LS flagship.

Detail changes include a new design for the 17-inch alloy wheels, and four new exterior colors—Autumn Shimmer, Nightfall Mica, Caviar, and Eminent White Pearl. Interior updates include a new steering wheel and shifter, as well as some additional colors for trim and some changes in materials.

The ES also gets some new tech in the form of Lexus Enform Service Connect, which allows owners to use an app (iOS only) or website to set up push notifications for vehicle maintenance.

There are no mechanical changes, meaning buyers still get a choice of two models—ES 350 and ES 300h hybrid—with the same specs as last year.

The ES 350 uses a 3.5-liter V-6 that produces 268 horsepower and 248 pound-feet of torque, which is sent to the front-wheels through a six-speed automatic transmission. Lexus says it will do 0-60 mph in 7.1 seconds, while top speed is electronically limited to 130 mph. The six-cylinder ES will also return an EPA-rated 24 mpg combined (21/31 mpg city/highway).

The ES 300h uses a 2.5-liter Atkinson-cycle four-cylinder engine and Toyota's Hybrid Synergy Drive system, with a pair of electric motors substituting for a transmission. Total system output is 200 hp, which gets the ES 300h from 0-60 mph in 8.1 seconds, and on to an electronically-limited top speed of 112 mph. EPA-rated fuel economy is 40 mpg combined (39/40 mpg city/highway).