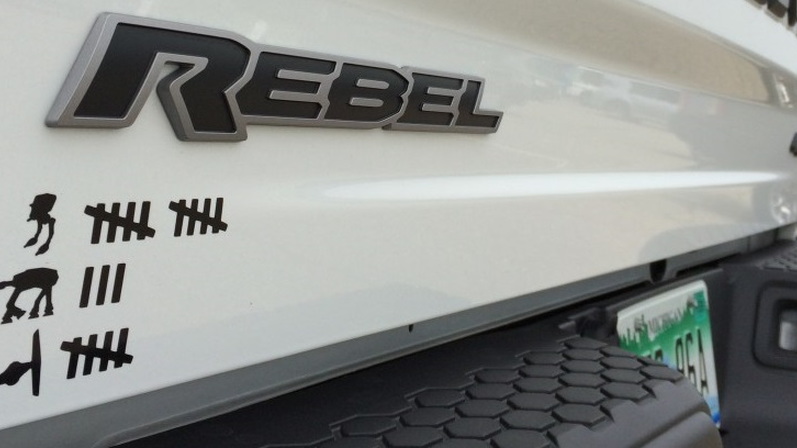 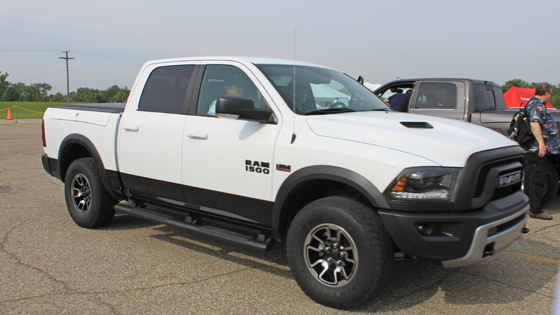 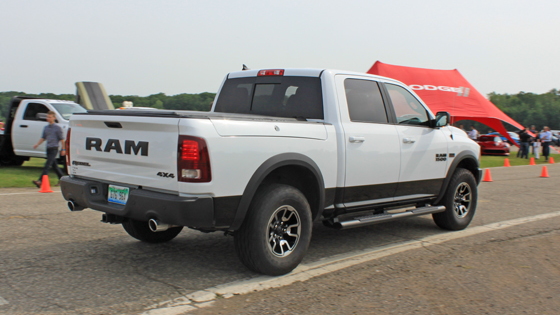 There's no question J.J. Abrams' new Star Wars movies are going to be fantastic for fans of the franchise.

Green screens are out, practical effects are in. John Williams is doing the score, and Han Solo and first mate Chewbacca are back. If anyone had doubts about the director's vision for the new films, the second Star Wars: The Force Awakens trailer removed them. And along with the new movies, we're sure to see plenty of new vehicles inspired by the events which took place in a galaxy far, far away.

While there are certain to be rigs of all shapes and sized decorated with Star Wars touches, we're pretty sure Fiat Chrysler Automobiles' [NYSE: FCAU] interior designer Ryan Nagode's personal 2015 Ram Rebel 1500 is the first of the trucks to get the treatment. After all, while we have pricing info, the truck won't even be available to the public until later this summer.

The black-and-white color scheme the designer choose definitely gives the truck a Stormtrooper vibe. But the kill count of craft directly beneath the Rebel badge hints the Ram has no love for the Empire. To translate for the less geeky, it relays Nagode has destroyed ten AT-ST walkers, three AT-AT walkers, and perhaps most impressively, five TIE Fighters.

Not bad from a vehicle which doesn't even have a functioning hyperdrive.