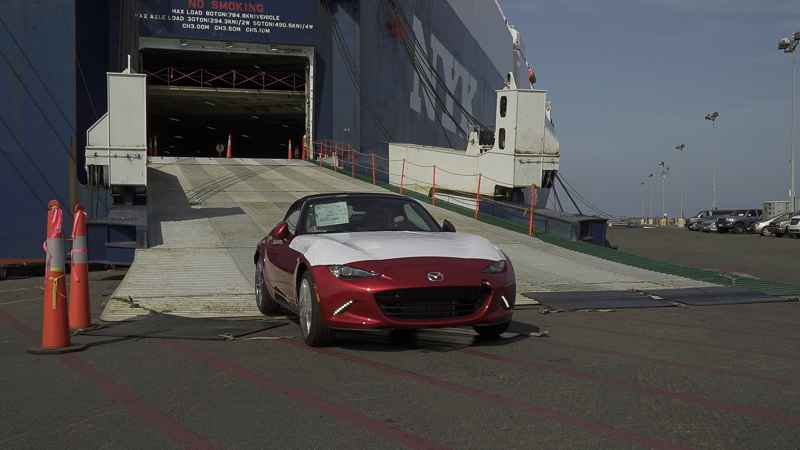 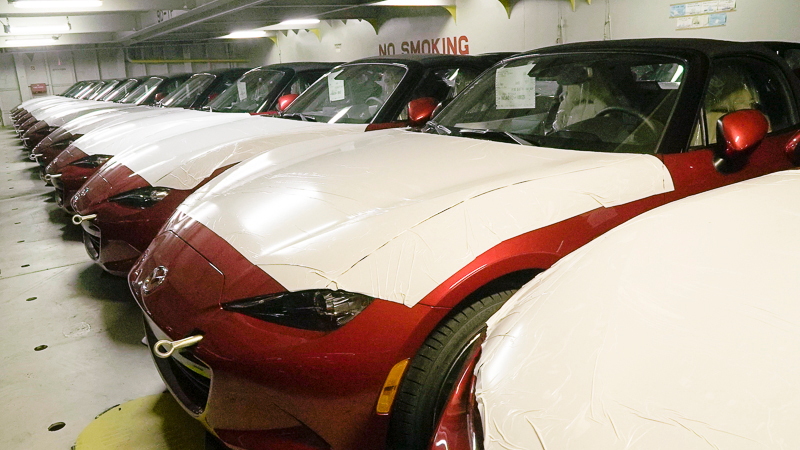 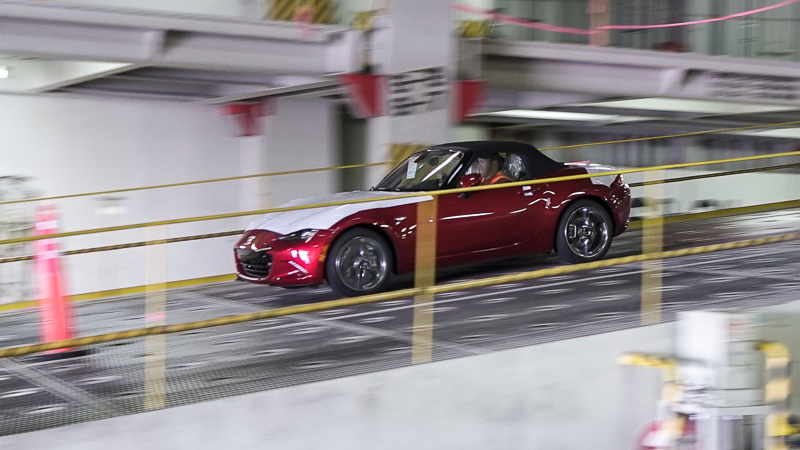 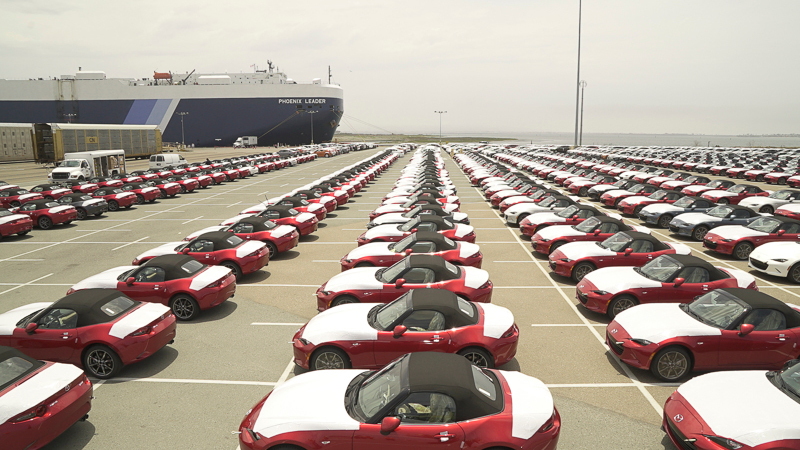 Miata fans, rejoice! The time is drawing nigh where you'll start seeing the ND MX-5 out on the road and in dealer lots. If you're a soon-to-be-owner, get even happier because we've got some great news for you. The transport ship Phoenix Leader has arrived at its port with a fresh batch of 2016 MX-5 examples. These care are here, and they're ready to make drivers happy

Don't start calling your dealer just yet though, as it takes a bit of time to go from the port to your driveway. There are procedures that have to be followed on the dock, then the cars will make their way to dealers where they'll be inspected again. After that, it's nearly time for you to put your butt in the good seat.

Most, if not all, of the red examples you see above are the Launch Edition cars. Us? We'll be holding out for the Club version. Either way, it's time to usher in a new era of Miata.