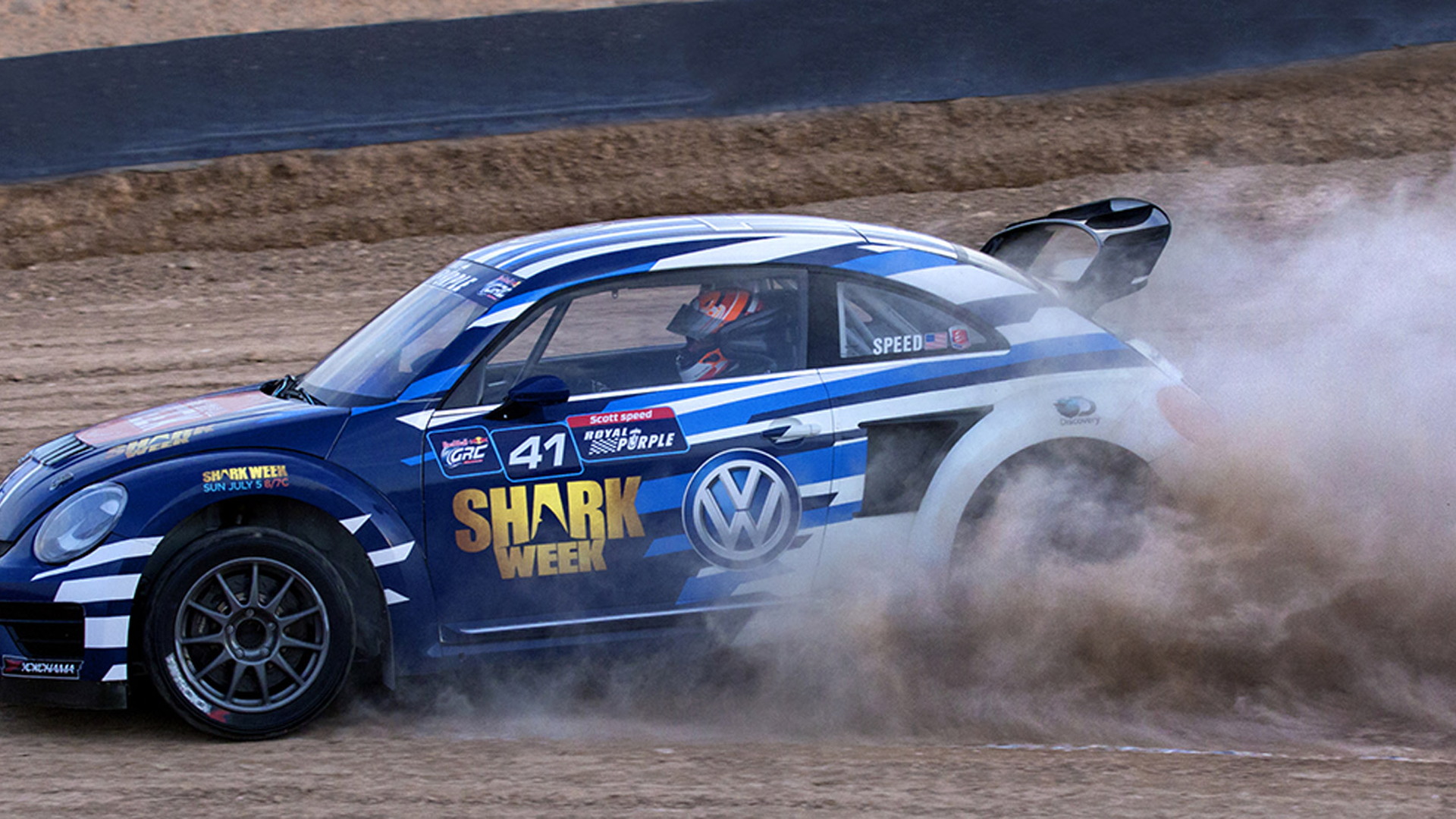 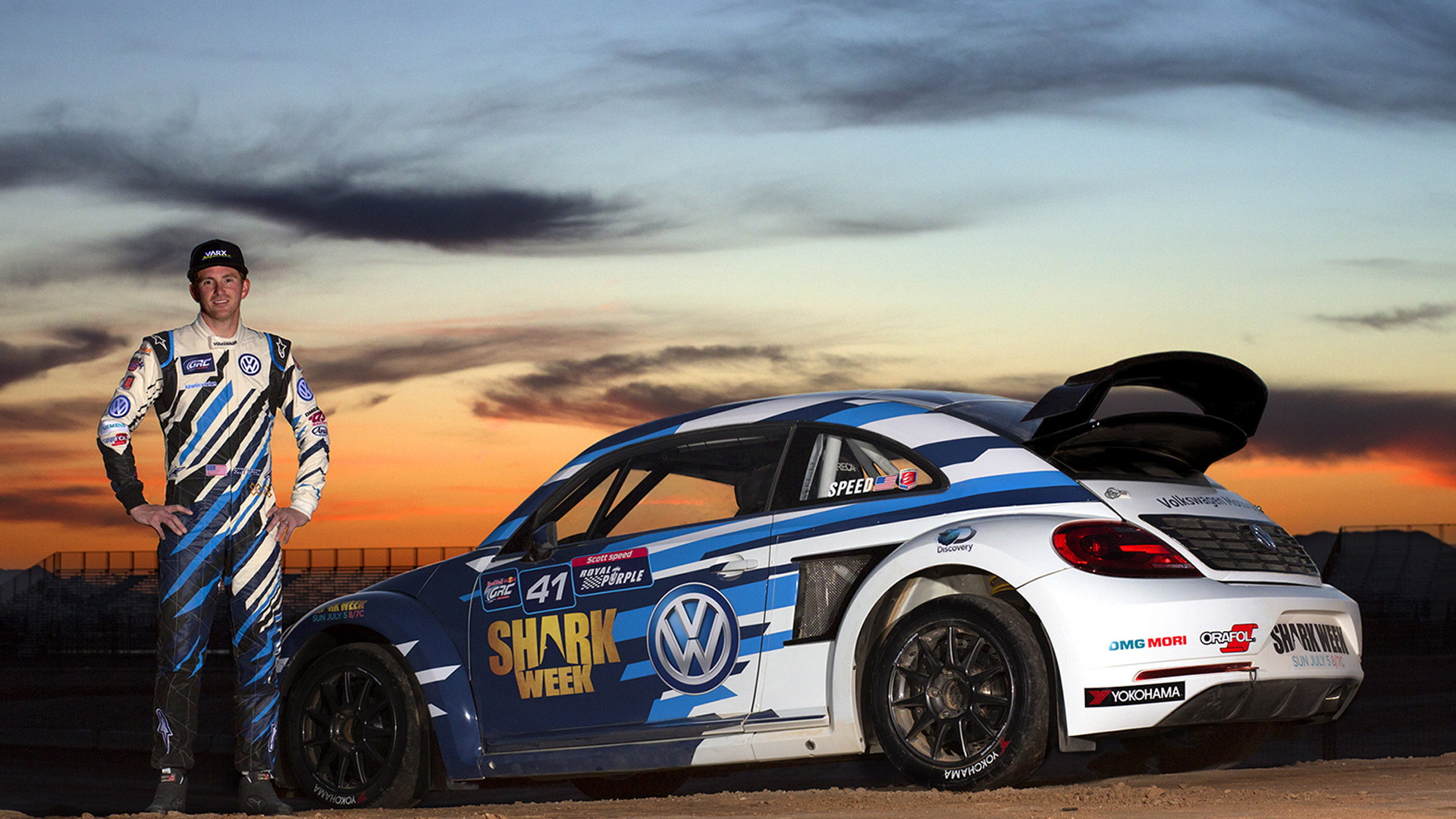 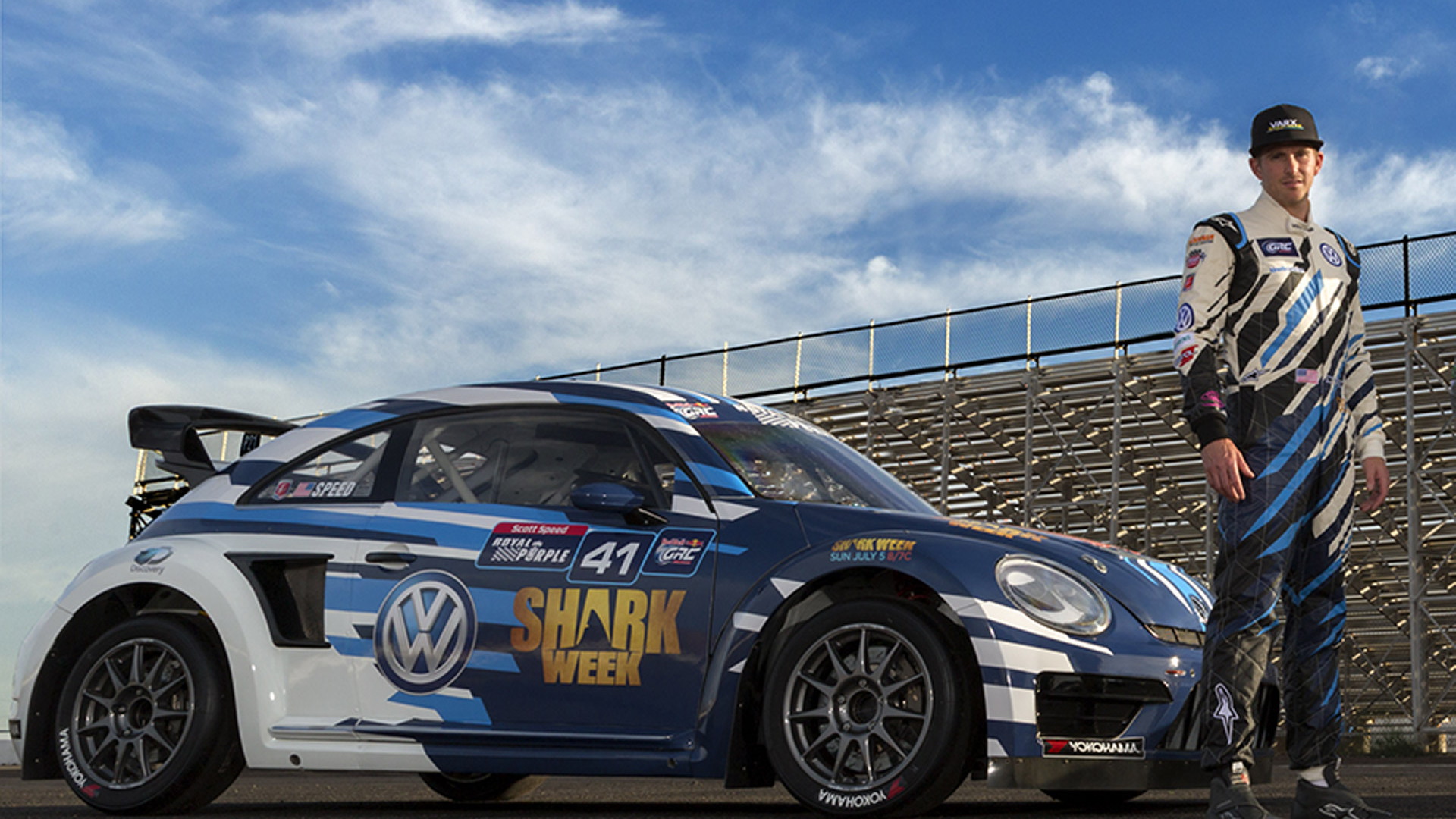 The 2015 Global Rallycross Championship gets underway May 31 in Fort Lauderdale, Florida, and one of the cars to watch out for will be the Shark Week-themed Beetle GRC of team Volkswagen Andretti Rallycross. Before you start thinking VW may have jumped the shark with its GRC efforts, recall that that the German automaker is one of the main sponsors of Discovery Channel’s Shark Week, so it’s entirely suitable that one its cars features such a livery.

A major difference this year will be the engine fitted to the Beetle GRC. There is now a turbocharged 2.0-liter engine that produces 553 horsepower and 465 pound-feet of torque, up 9 hp and 78 lb-ft on the output of last year’s turbocharged 1.6-liter mill. Drive is to all four wheels via a sequential six-speed transmission and multiplate limited-slip differentials used at both ends.

DON'T MISS: How Does A Differential Work?: Video

The 2015 GRC season has 12 legs, with the finale taking place in Las Vegas on November 4. There will also be a non-scoring event during the Summer X Games in Austin, Texas. As for Shark Week, it begins July 5.