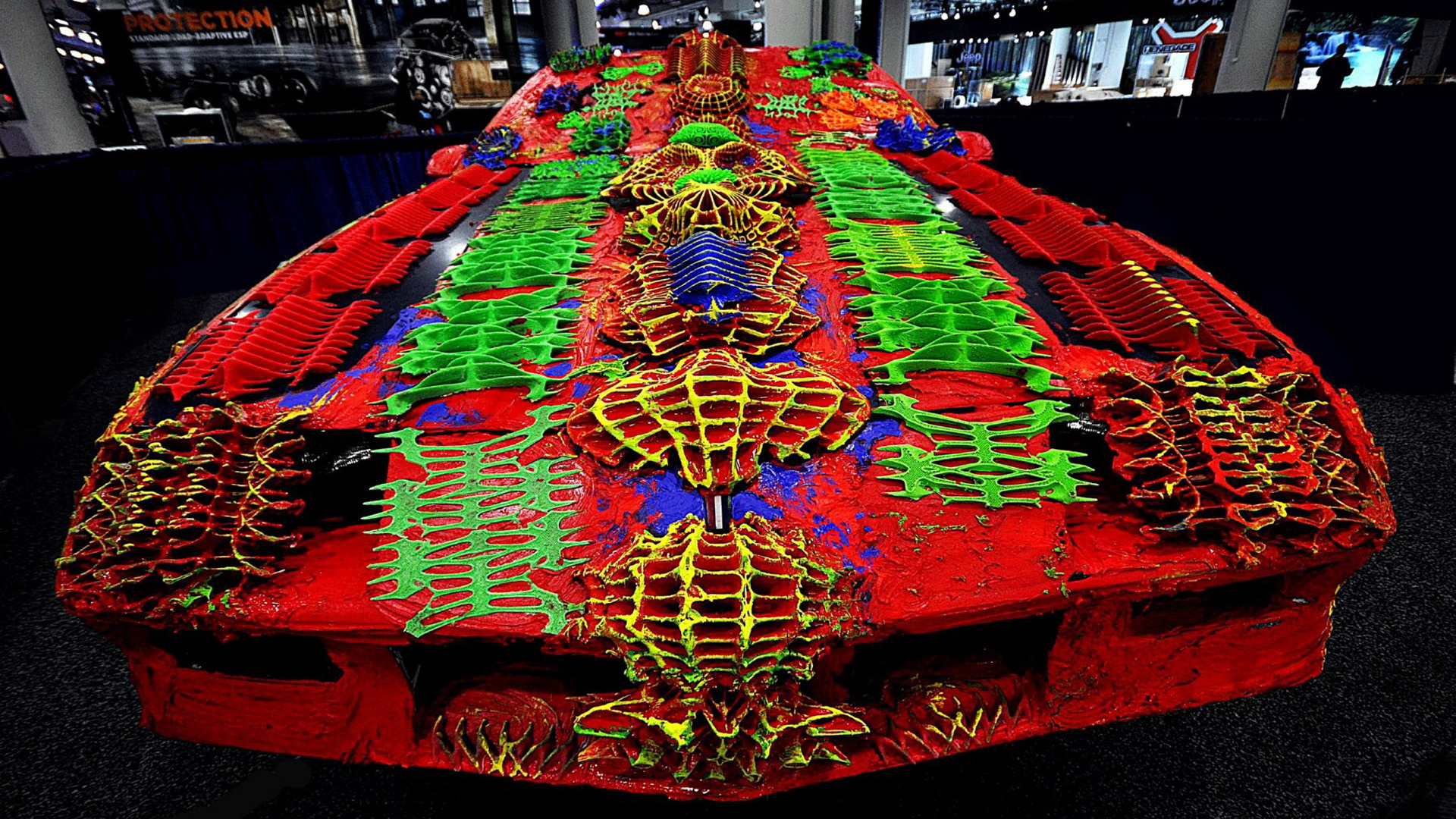 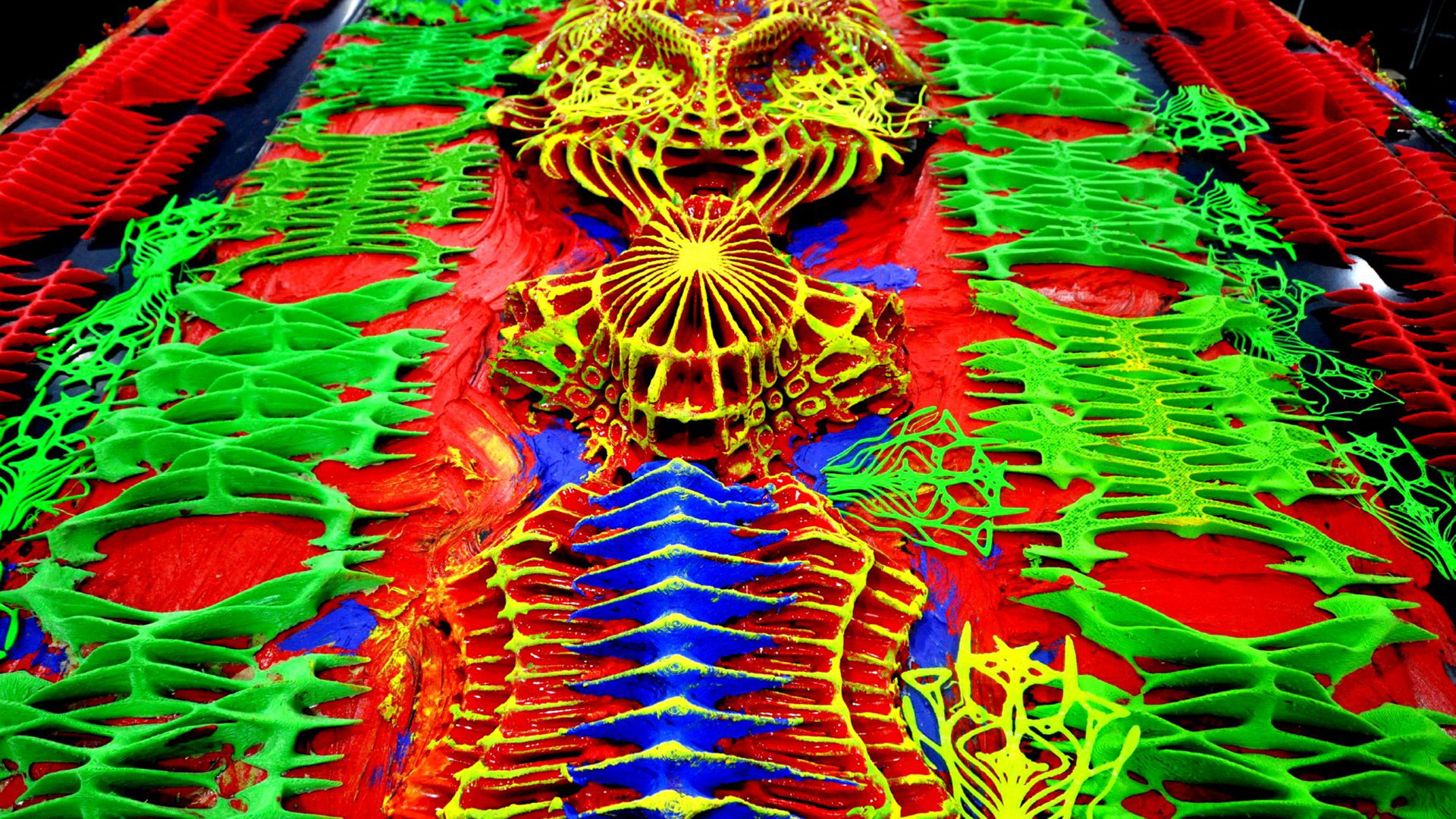 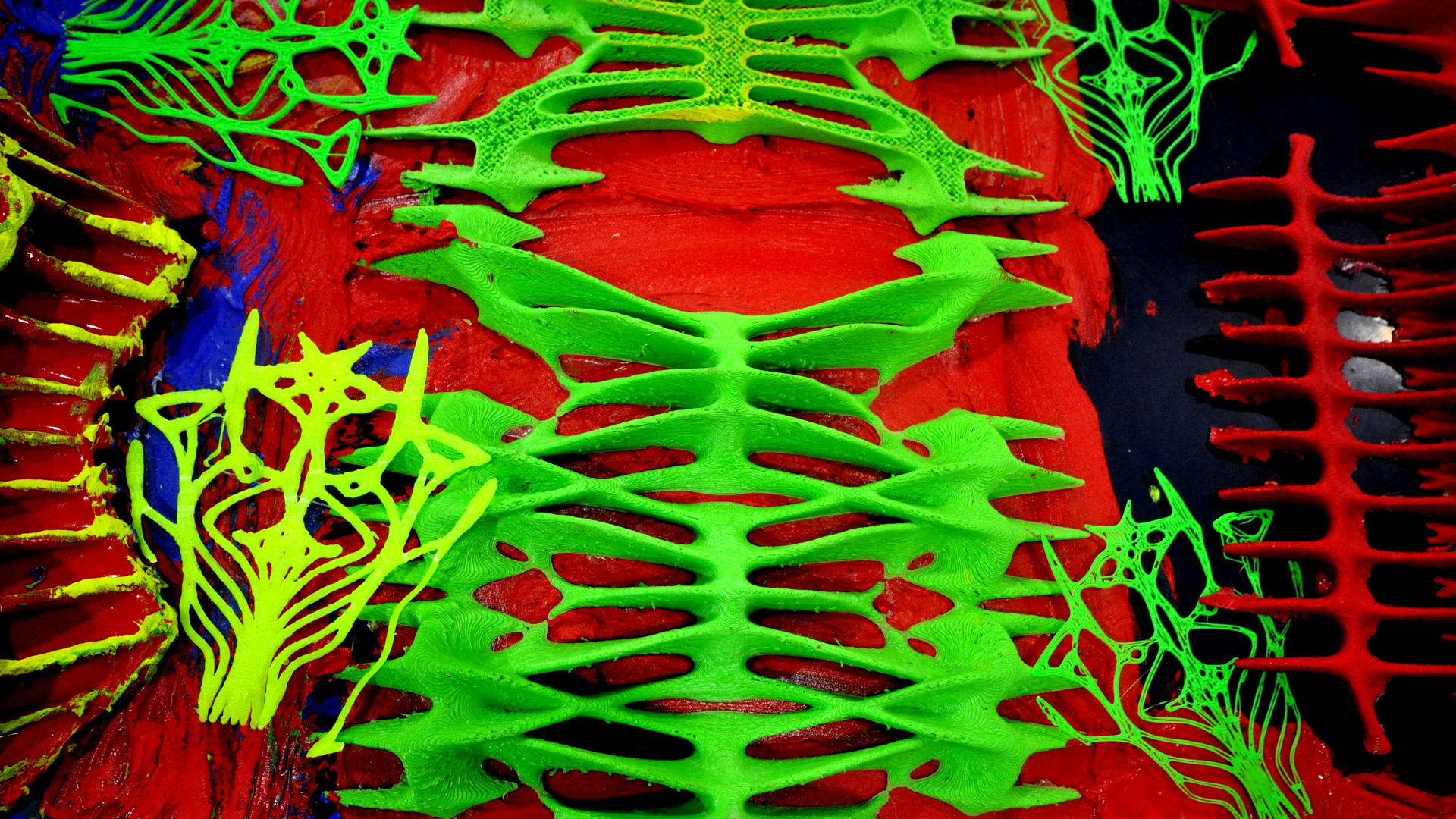 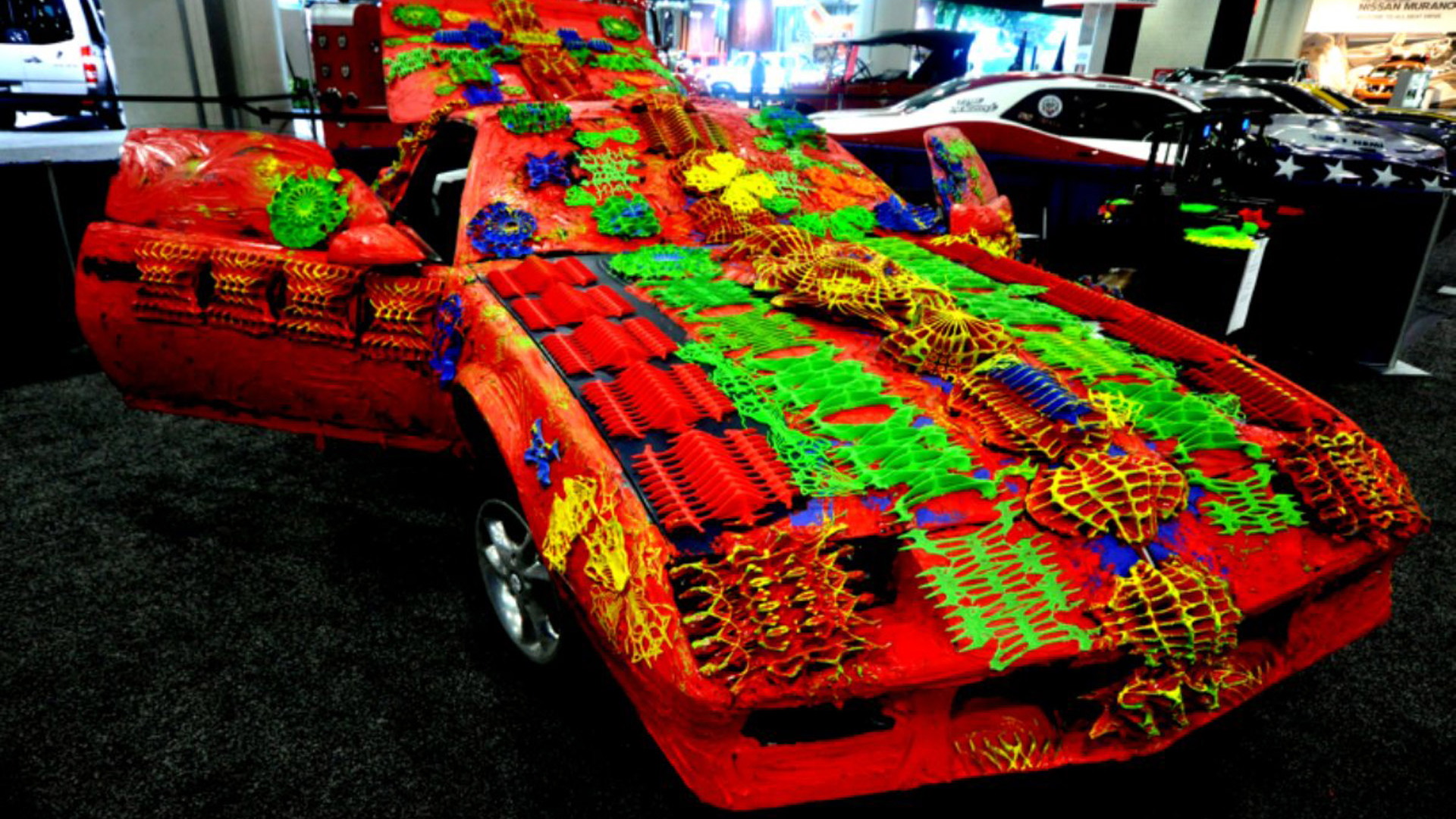 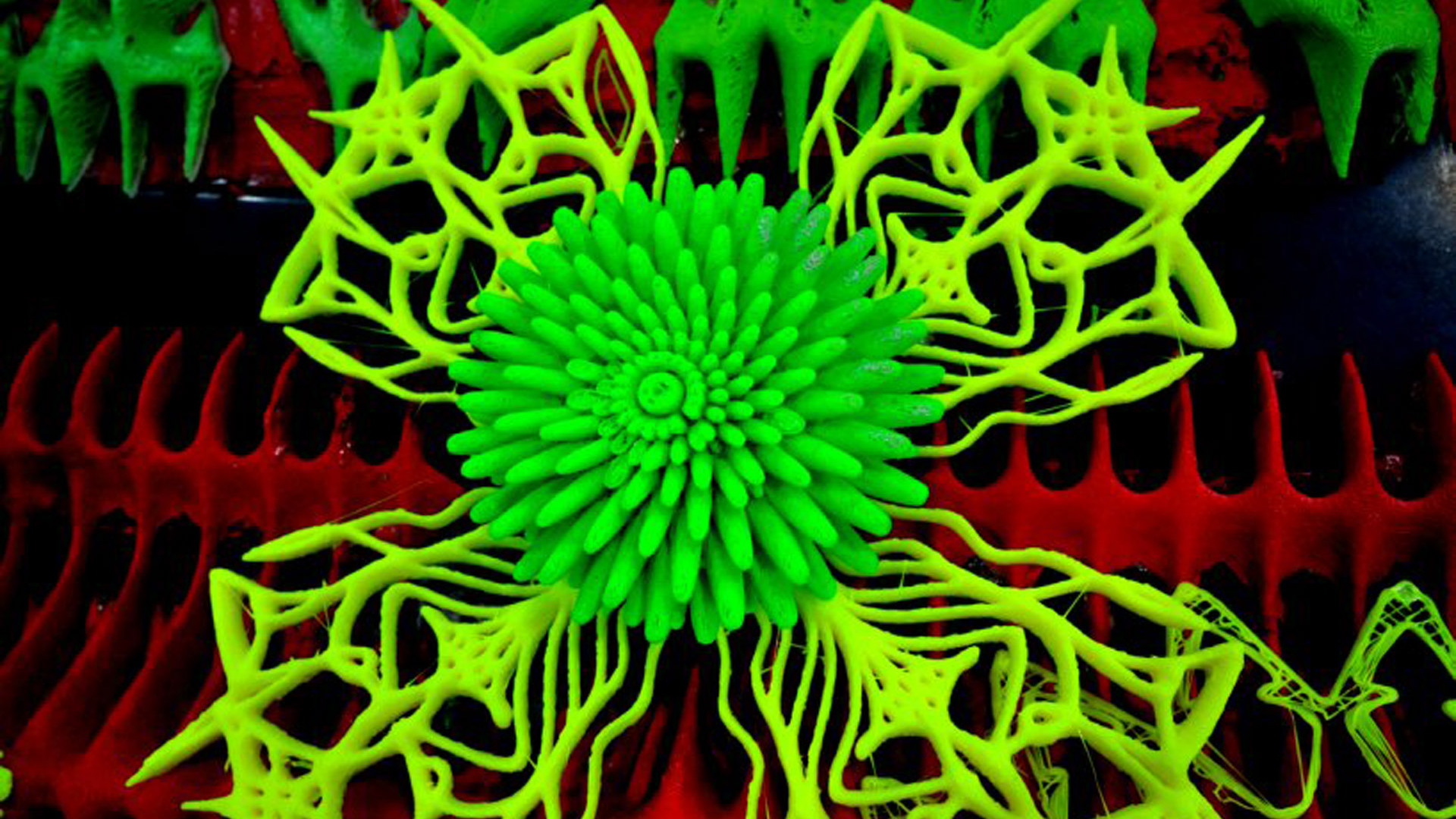 The topography of the automotive art world is as varied as Malibu's famous canyon roads—lots of highs and lots of lows.

The pinnacle is populated by greats like Jeff Koons and Andy Warhol—both did fantastic work with BMW—and the nadir by execrable carnival barkers like the pompous louts who crushed a Type-997 Porsche 911 just to display its corpse.

Where artist Ioan Florea's latest work fits in between those points is a matter of personal taste. Regardless, America's shadetree tinkerers will insure it's far from the most disrespectful thing done to a '80s muscle car, in this case a 1983 Chevrolet Camaro Z/28. The "3D Camaro" project was undertaken at this years New York Auto Show using two 3D-printers, and attendees were invited to touch the work, probably providing many with their first exposure to material rendered by the cutting-edge tech.

According to the artist, "the juxtaposition of the car and the art creates a contrast that generates dialog and questions the relationship between form and function," and the driving concept of the piece was "of taking a functional ready-made object and turning it into a non-functional object of art," which is kind of unfortunate.

If Florea had insured the final product could be driven, it'd have been a smash at Burning Man.

To see what else was at the recent New York Auto Show, head to our dedicated hub.