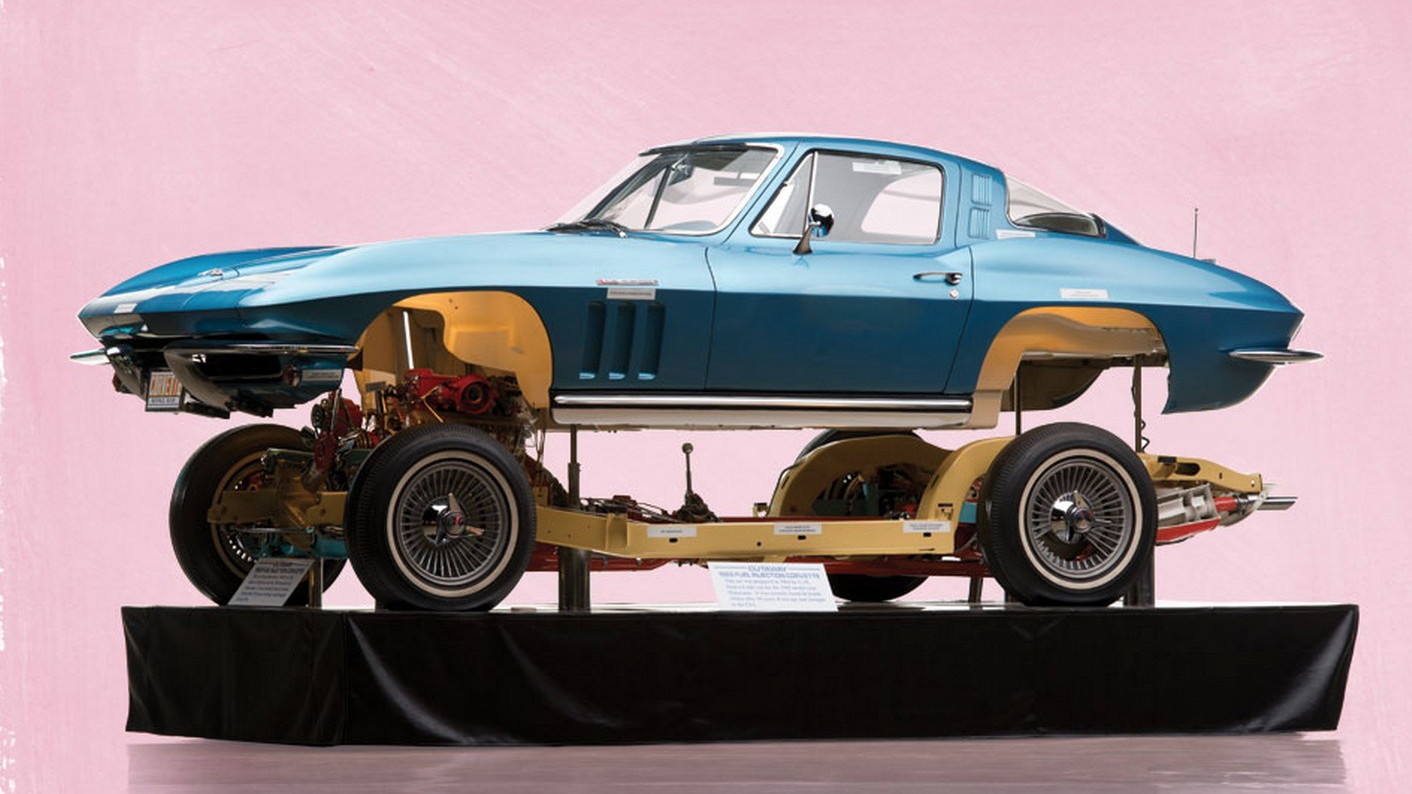 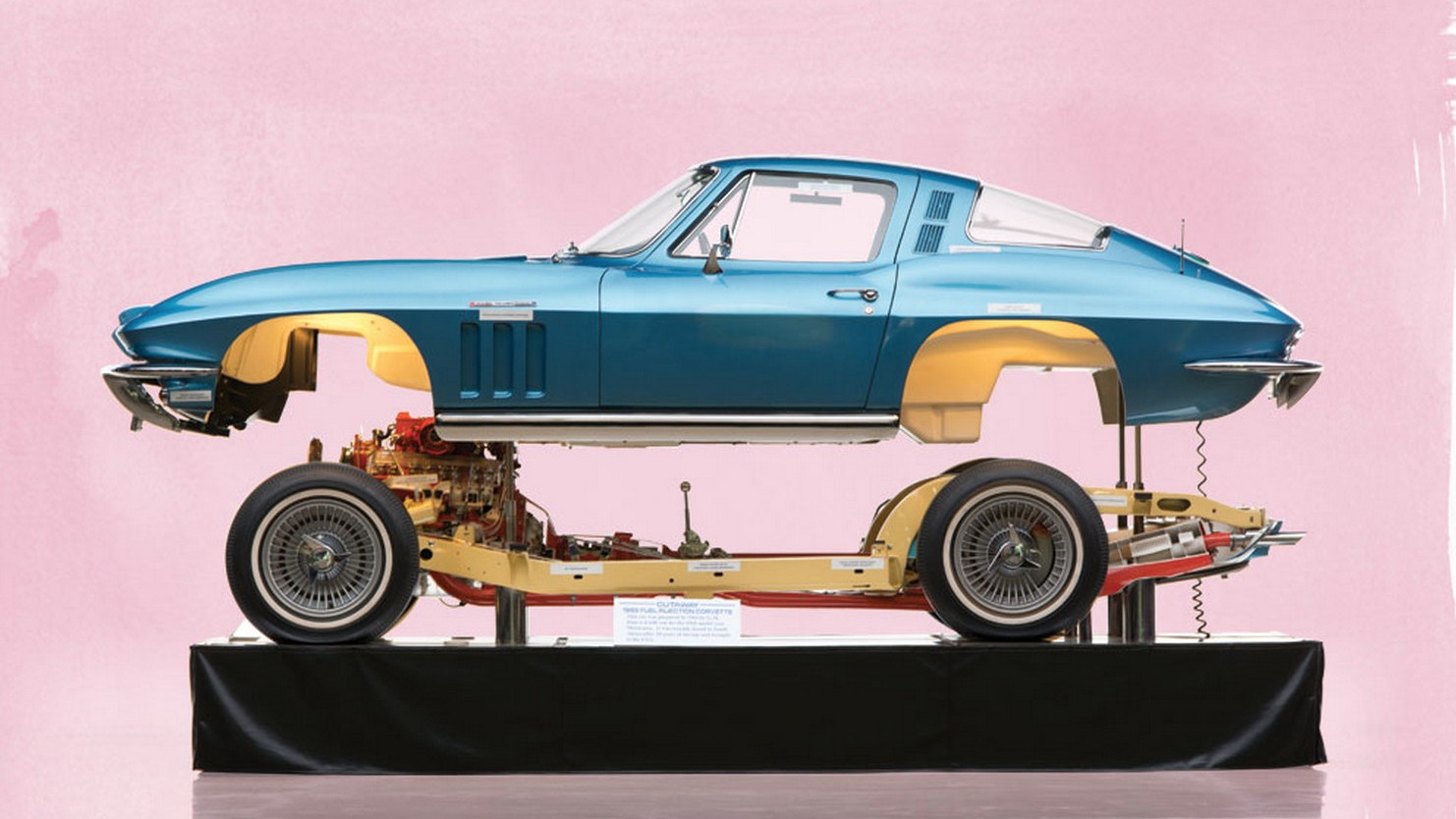 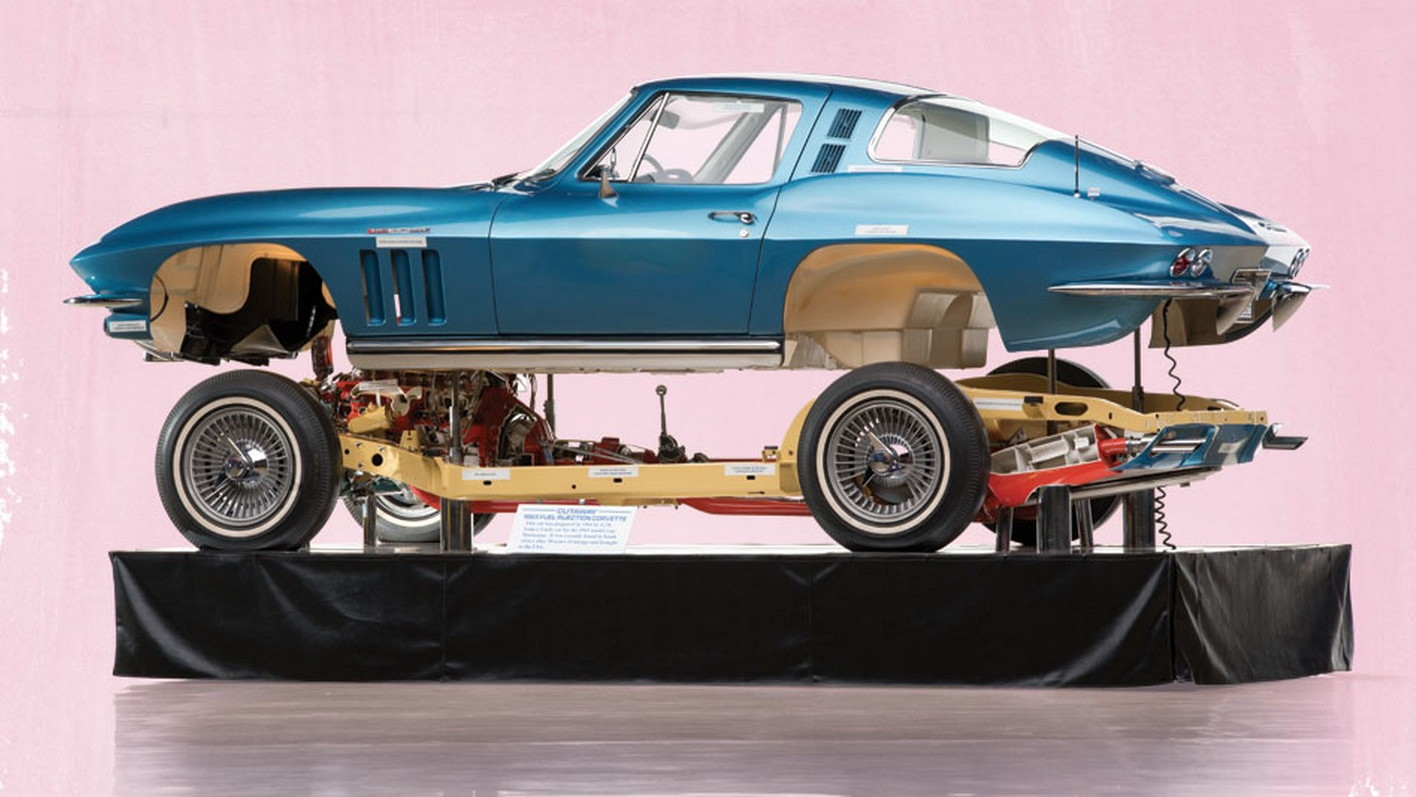 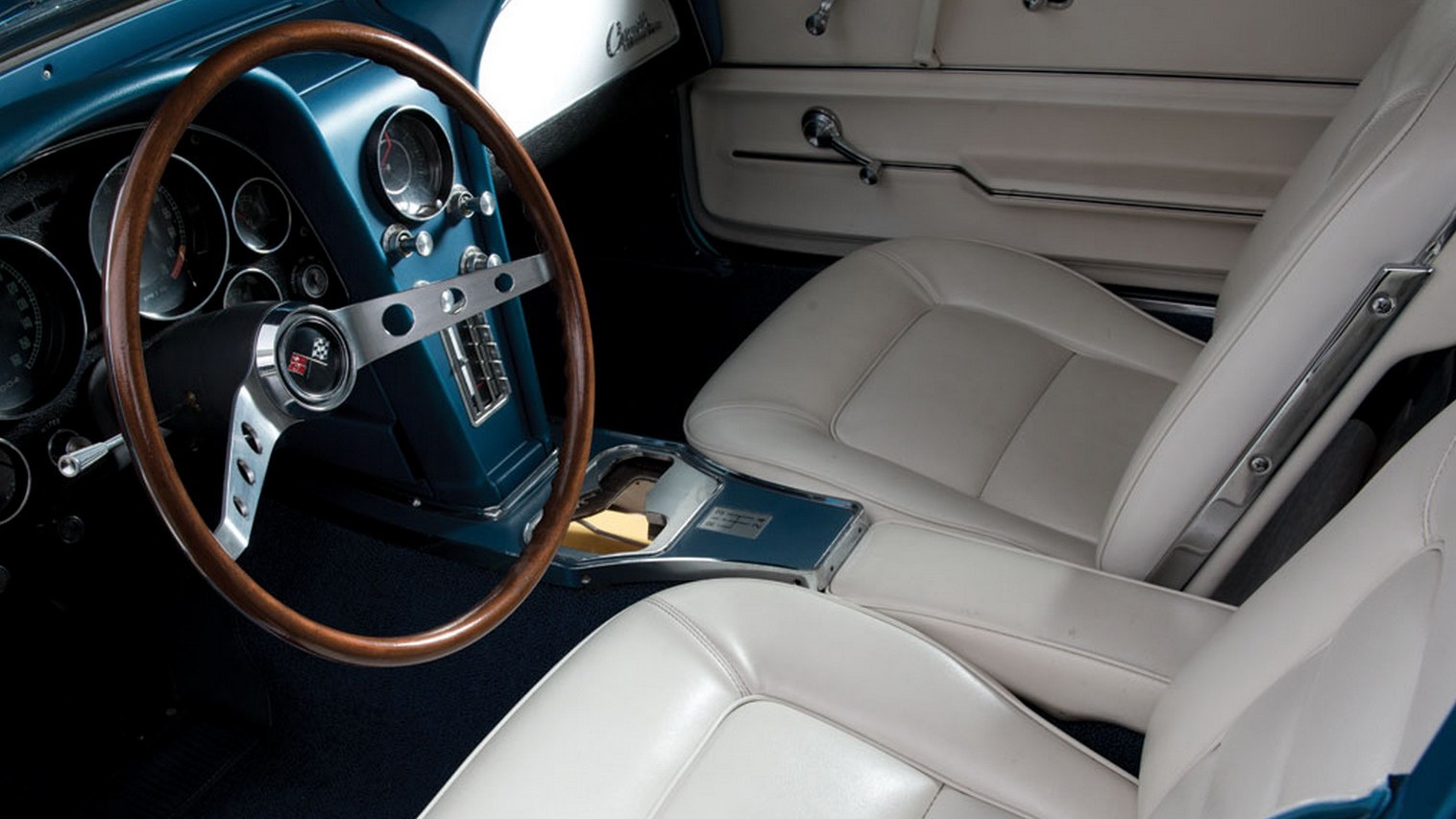 This cutaway display stand features a 1965 Chevrolet Corvette Sting Ray fuel injection car built from a prototype with 4 miles on the clock in 1964. It’s going up for auction and is expected to bring somewhere between $1,000,000 and $1,400,000.

Built for the 1965 Motorama show, it went essentially missing, spending 30 years in storage in South Africa before being brought back to the U.S.

Once returned to the U.S., the car was part of Al Wiseman’s collection. Wiseman oversaw a restoration of the display to its original show-worthy condition, but preserved as many original details as possible, from the teakwood steering wheel to the AM/FM radio to the original wide-sidewall Rayon cord tires. The car is now part of the Andrews collection.

The car goes up for auction at RM Auctions on Saturday, May 2, 2015. You can find out more details about the car, or register as a bidder, at the official auction page.