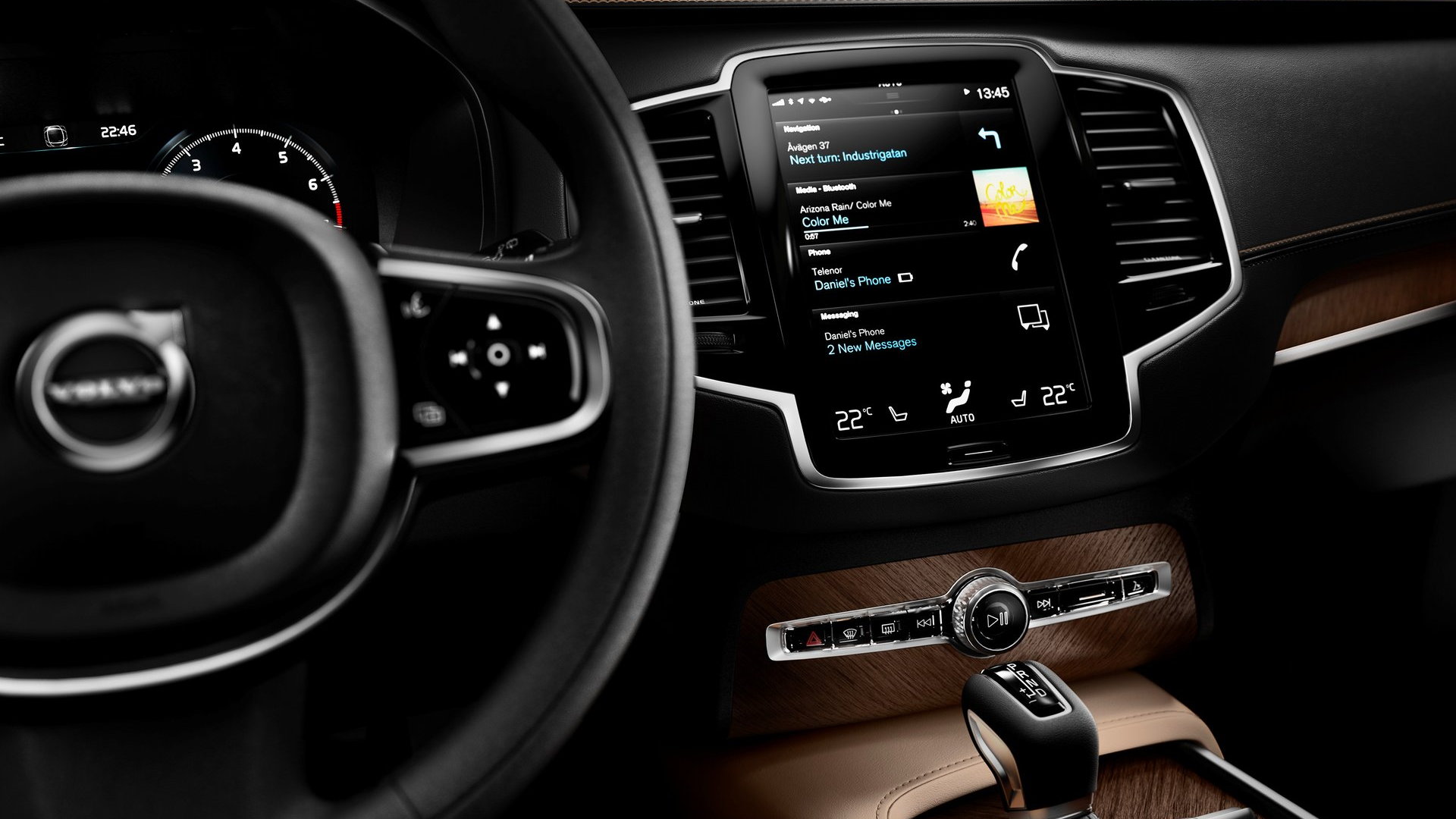 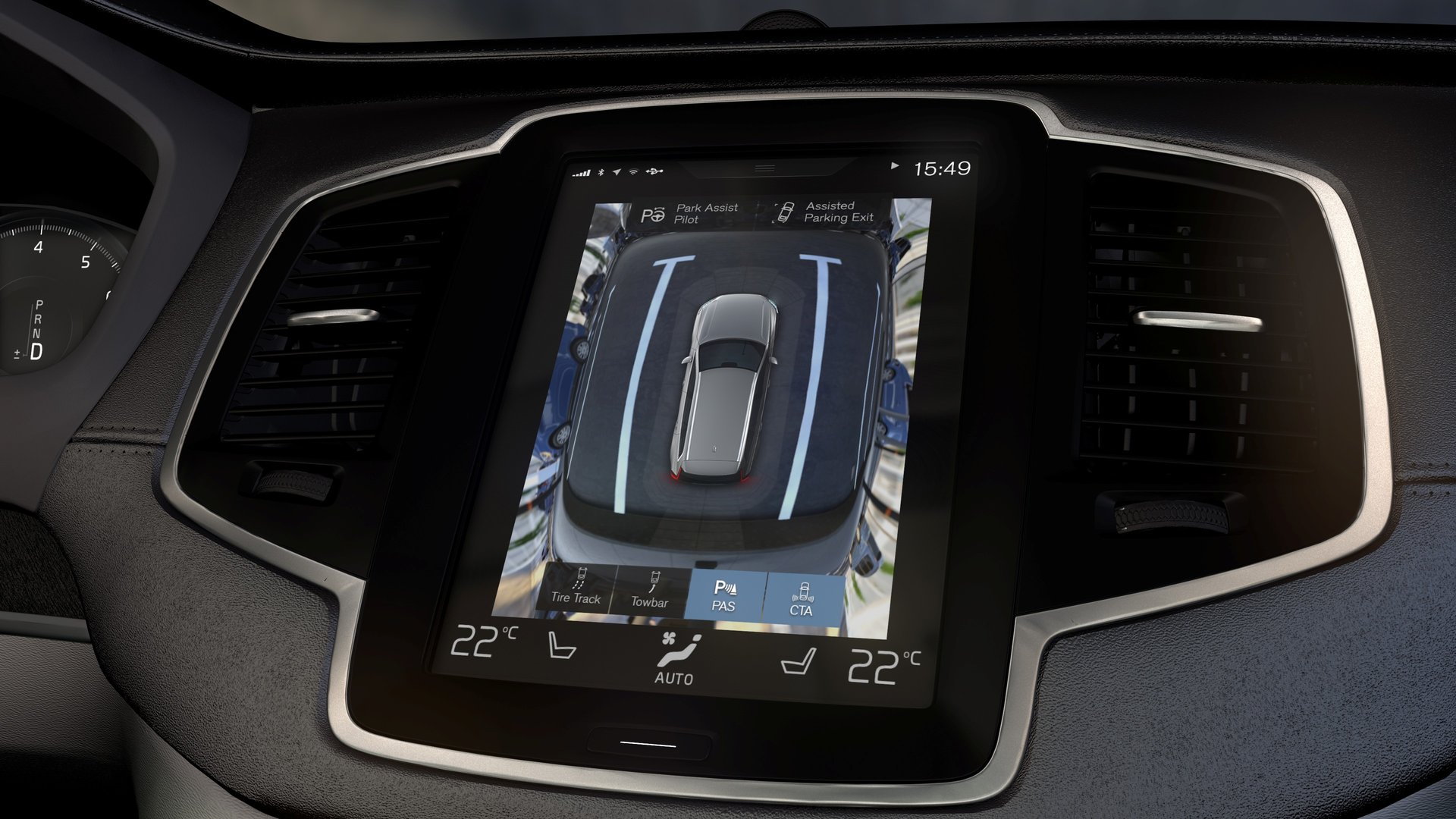 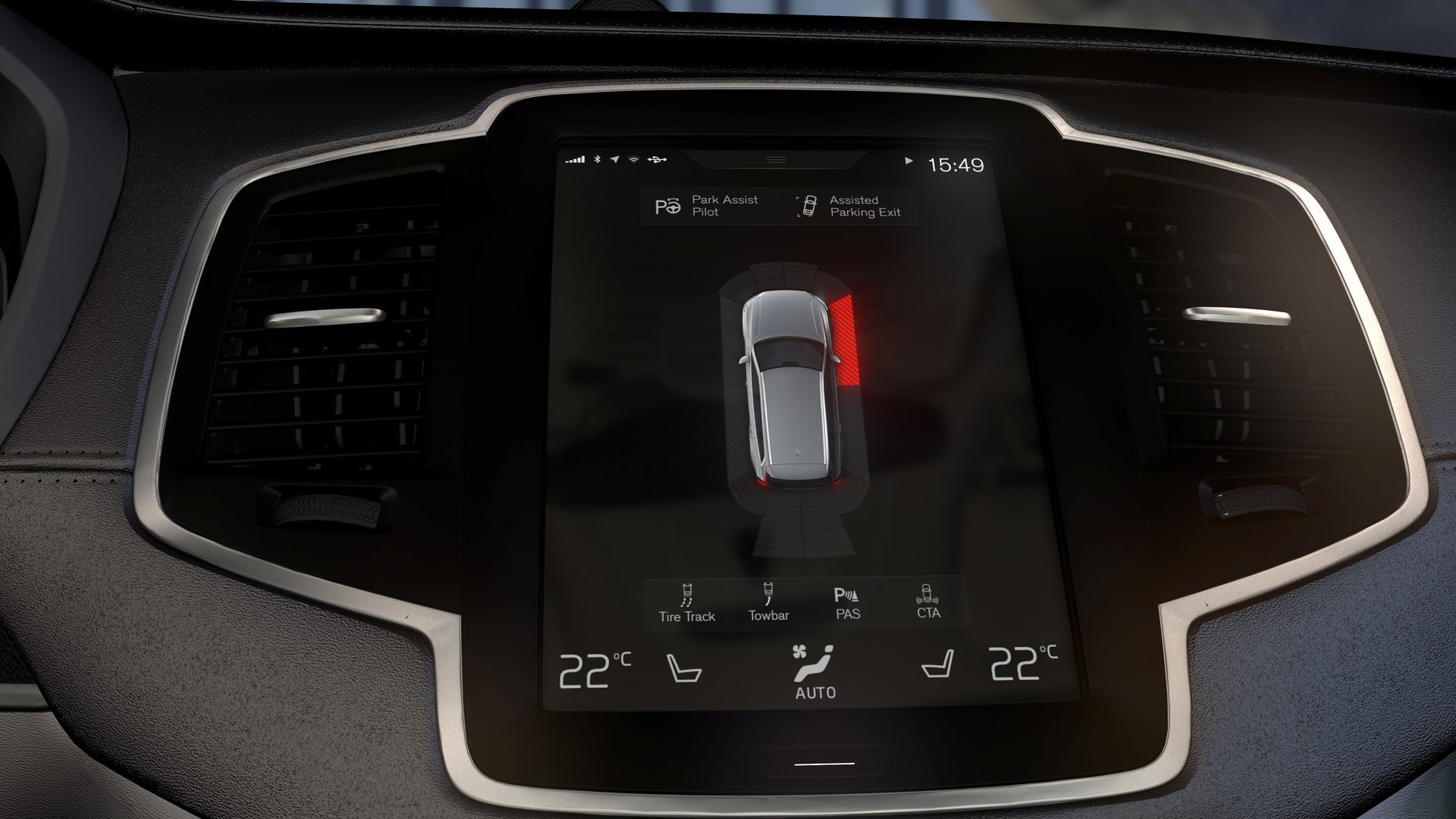 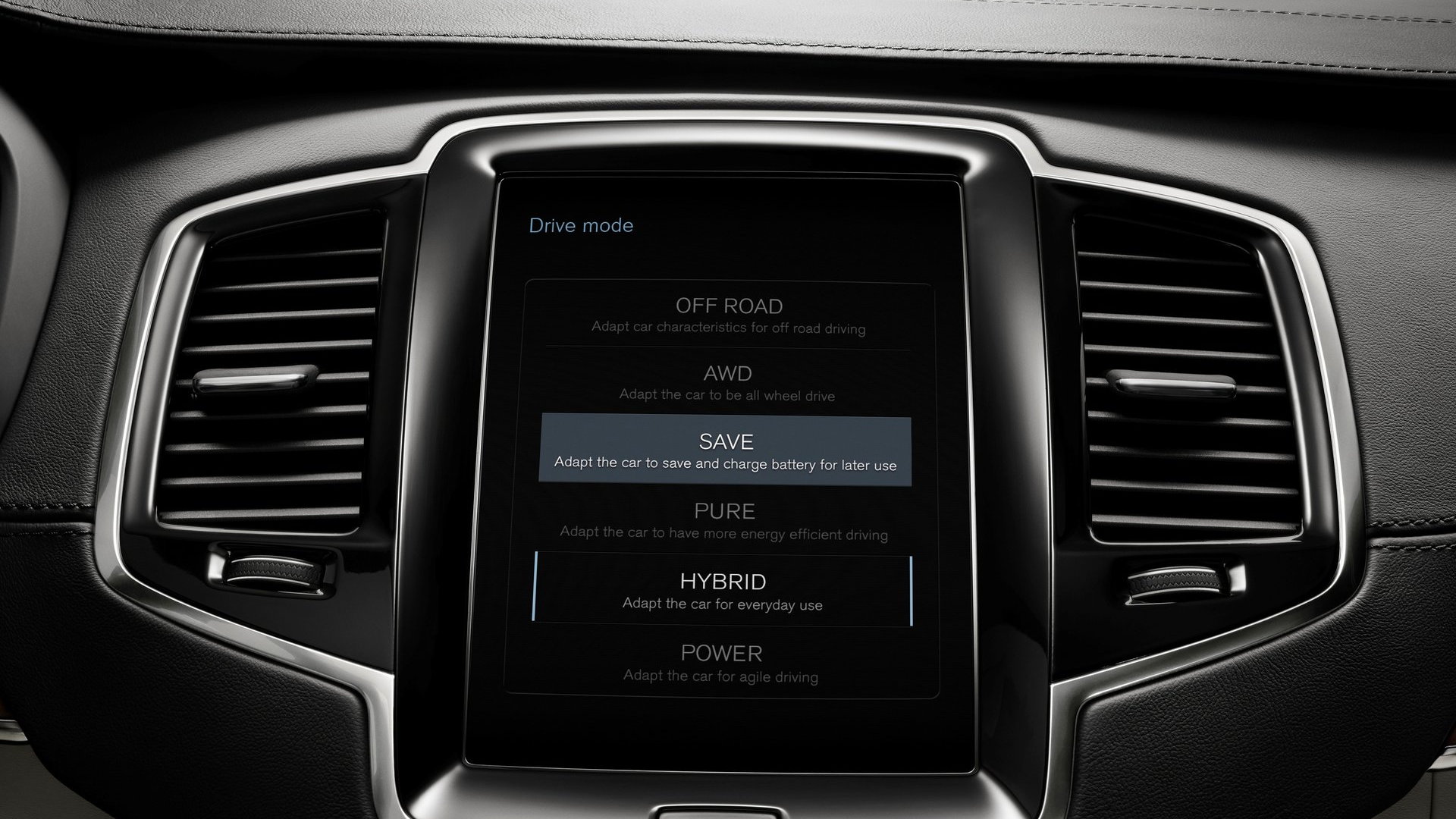 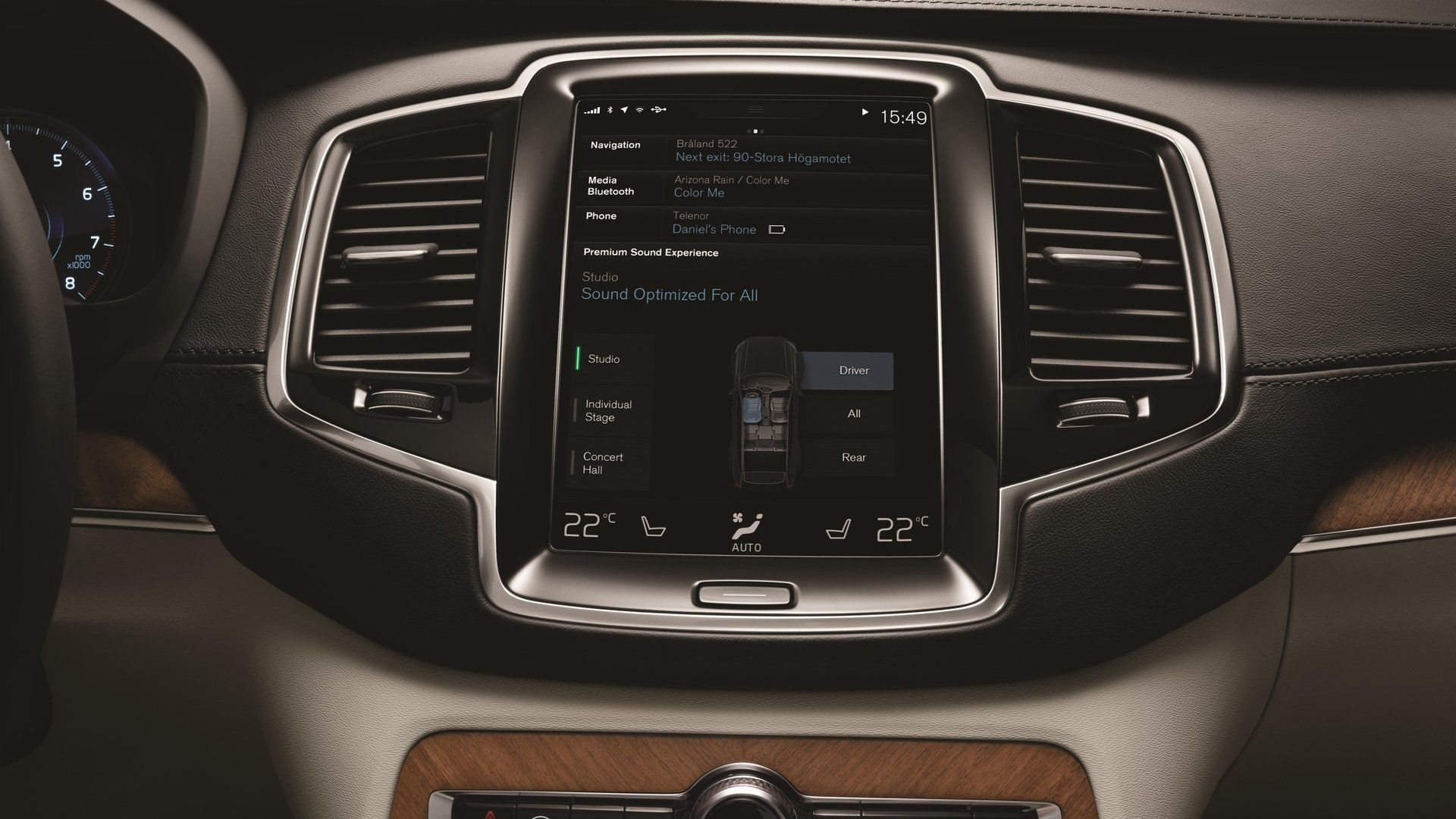 Volvo’s new Sensus Connect Touch system in the 2016 Volvo XC90 is one of this year’s great breakthroughs in vehicle interfaces.

While it borrows much of the look and feel of its menus from tablets—especially Apple’s iOS in its iPhone and iPad—it’s definitely not the way that we would have guessed the automaker taking, even as recently as a few years ago.

Several key decisions separate Sensus from a number of other infotainment interfaces on the market; and they represent several about-faces for Volvo.

One of them is Volvo’s decision to turn and embrace touch screens, after going on the record some years back that they weren’t the best idea.

A reason for this, Volvo’s safety chief, Jan Ivarsson said, in an interview this past month at the Geneva Motor Show, is that drivers really aren’t any more distracted today than they’ve been in the past. And for automakers to be scolding, or to make it difficult to accomplish tasks like calling or perhaps reading a text, isn’t in the interest of safety.

Ivarsson says that in certain kinds of driving, drivers have been distracted 20 to 25 percent of the time, as measured by the automaker’s ongoing studies of behavioral patterns. And that’s the same today as it was before advanced infotainment systems.

Distraction is a given, so let’s work with it

“On the highway you’re getting bored, and you’re taking this 20-25 percent,” said Ivarsson, noting that with things happening faster on the highway, the goal is to keep the driver relaxed, yet prepared to be more engaged.

“This phone, I have it a half-meter from my pillow when I’m sleeping. In the morning, I look at the weather and can check news, and just reach for it,” said Ivarsson. “If I’m in the car, it can’t be like a prison.”

Ivarsson explained that based on those expectations the automaker has moved to a model that’s complementing the smartphone, that’s capable of pushing a short bit of content during driving, but in a careful way, and all with an interface that’s familiar.

“Pinching, zooming, tapping, it just works, in the way it does in all the other relevant devices you have,” added Petter Hörling, the automaker’s spokesman for HMI and Sensus.

And that leads to the second interesting technology decision Volvo made: To skip capacitive screens—what those iPhones, iPads, and pretty much all tablets and touch-screen computers have nowadays—completely.

Instead, the automaker is using a novel solution: an infrared (IR) screen. And Volvo went with that instead because of the way that people need touch controls in the car.

The cold climate, and the need for a screen that would respond well with gloves was one issue, according to Hörling. “And then actually we saw in early research that ladies with long nails had issues controlling with their fingertips, specifically further down in the screen.”

While older infrared systems had issues with imprecise operation, or ‘false’ button-presses, the technology has advanced to a point where it’s actually better, said Hörling, who noted that the IR screen allows a much more reflection-free surface, alleviating concerns over reflections from sunlight during the day and interaction with the windshield at night.

Volvo has moved some critical functions into the gauge cluster and the head-up display, but it knows that drivers will be looking over to the screen, and it found that the 9.7-inch touch screen and larger fonts, with four core areas you can swipe between with a flick of the hand, form a sweet spot for driver attention.

True, too, for those moments of inattention, when they might make you a little less likely to reach down for your handset.