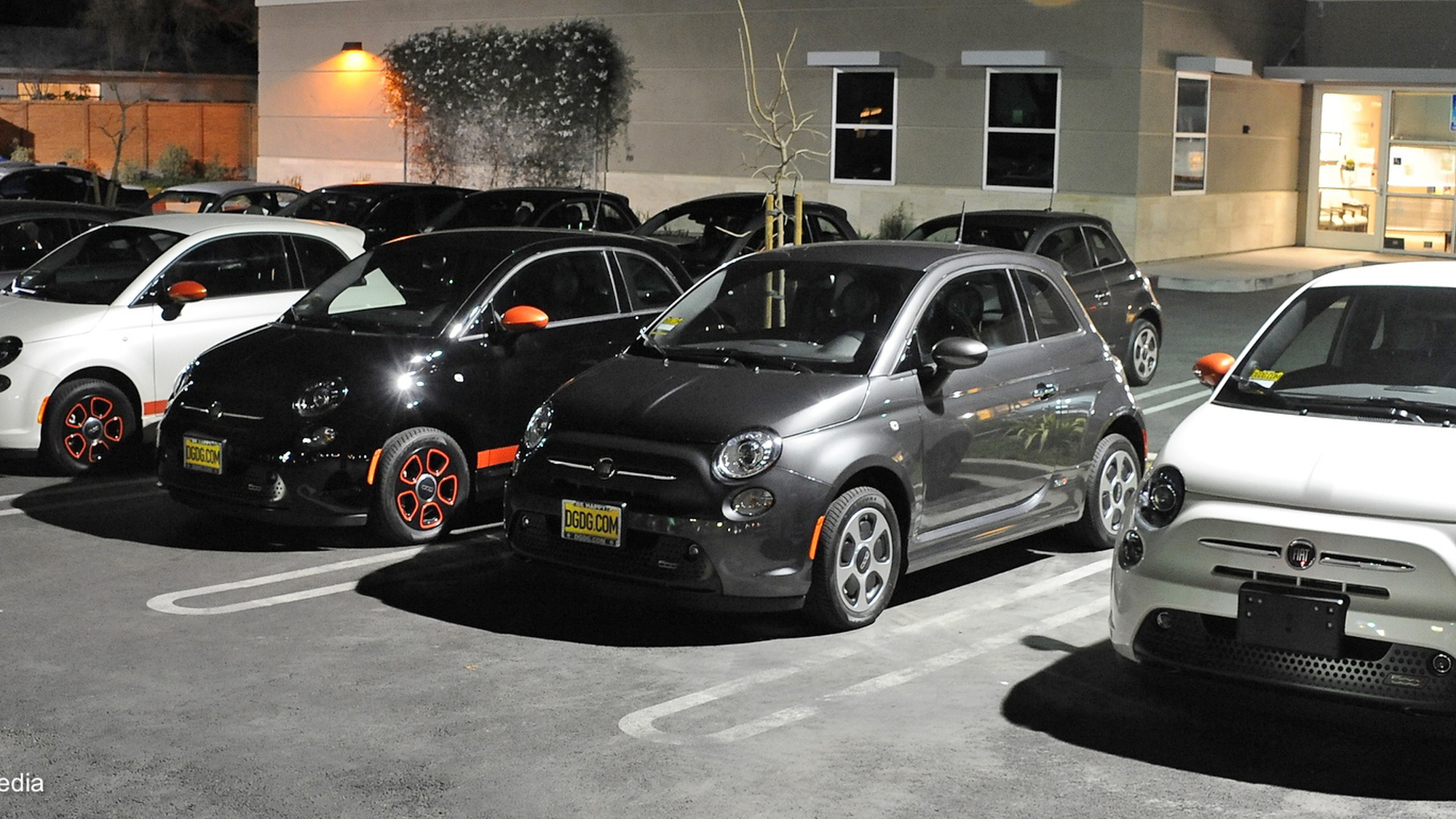 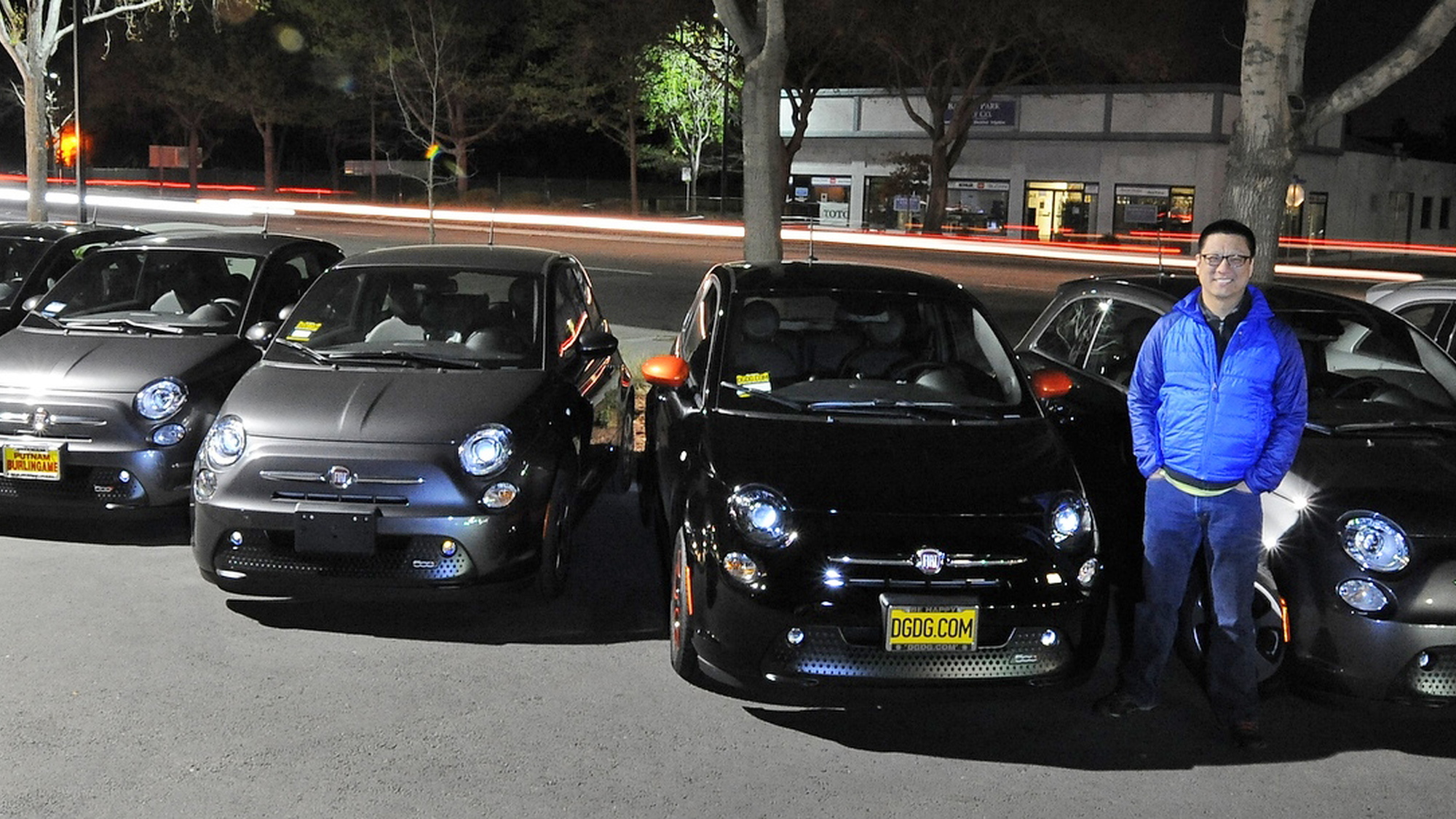 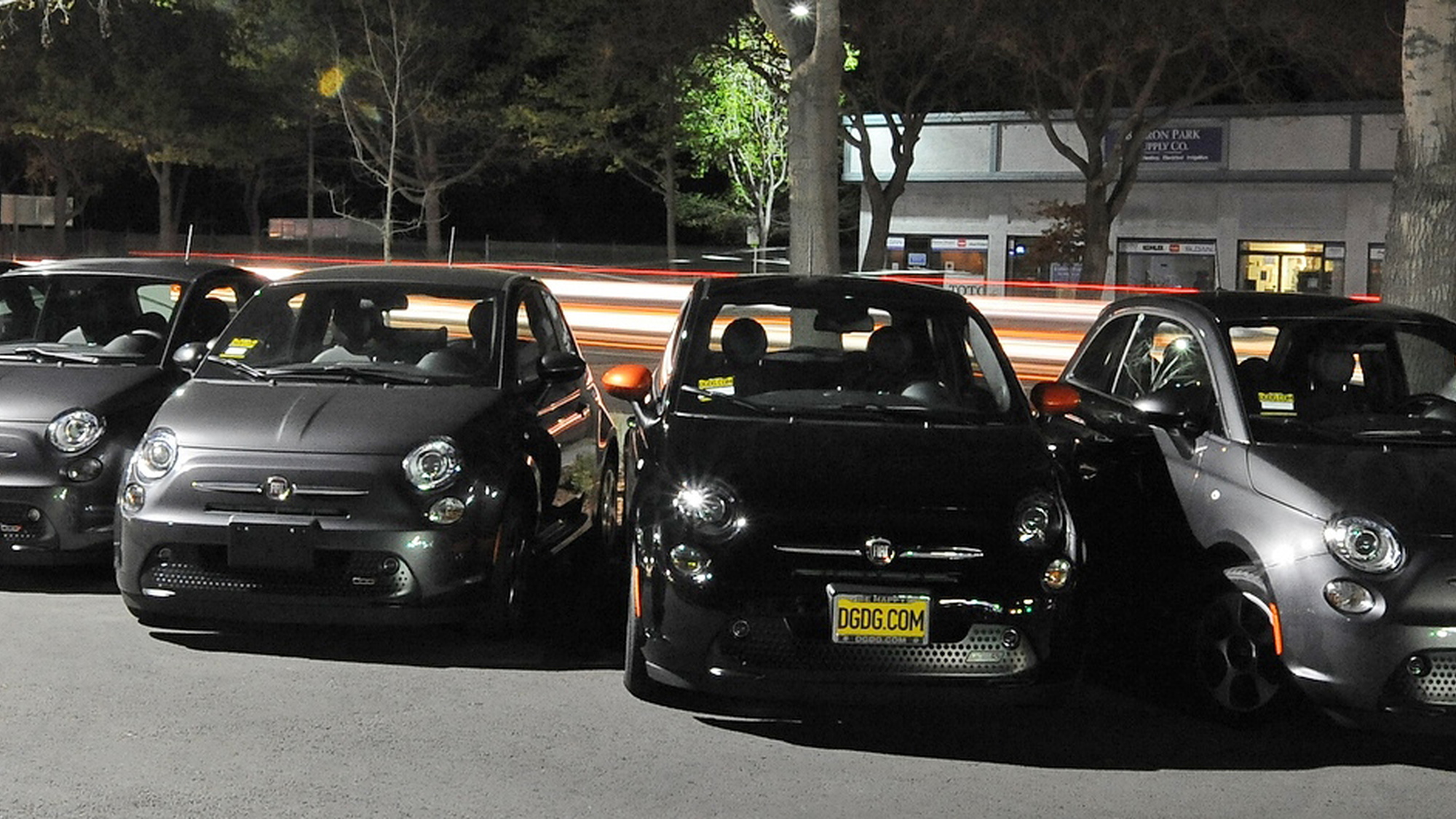 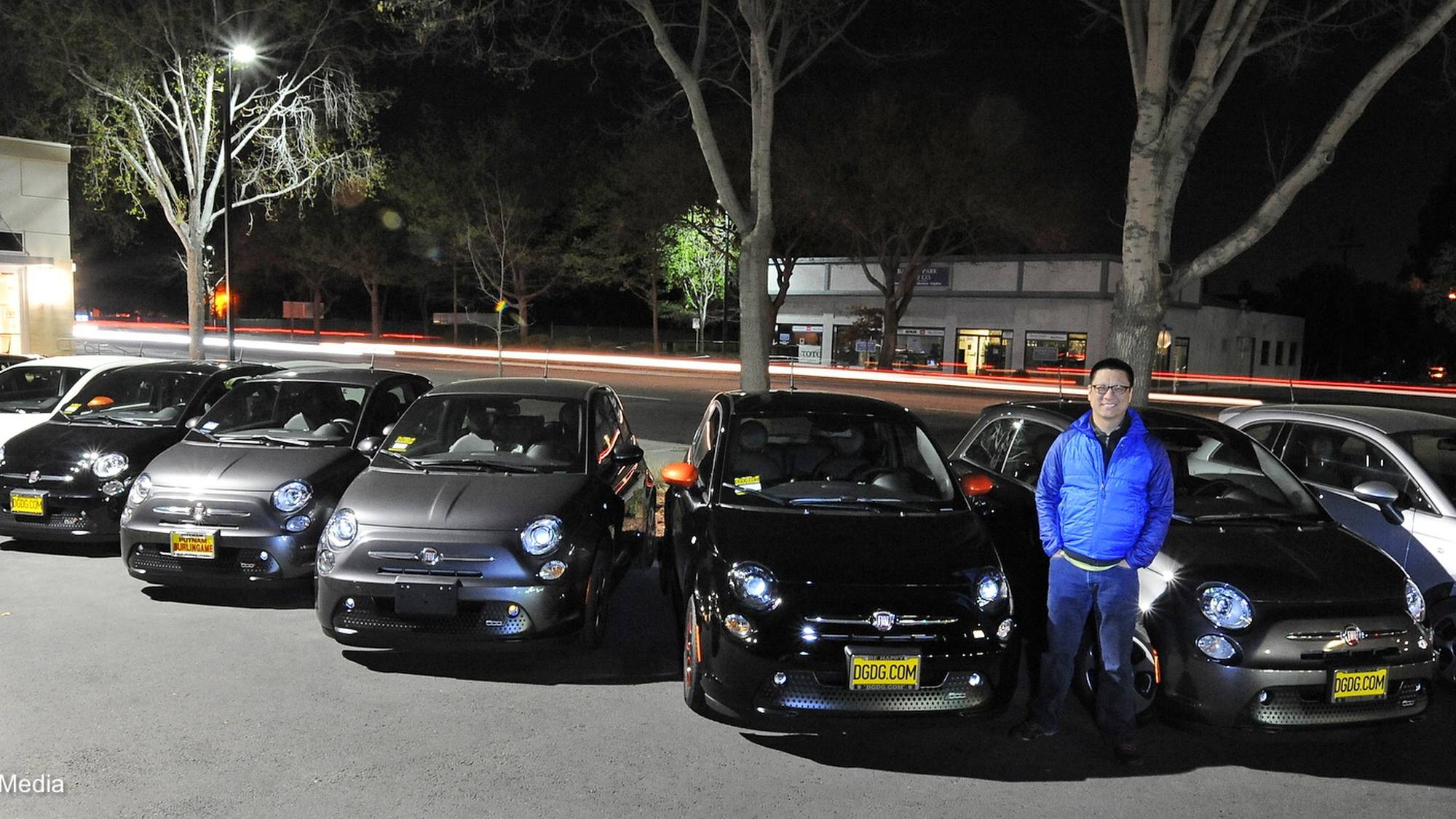 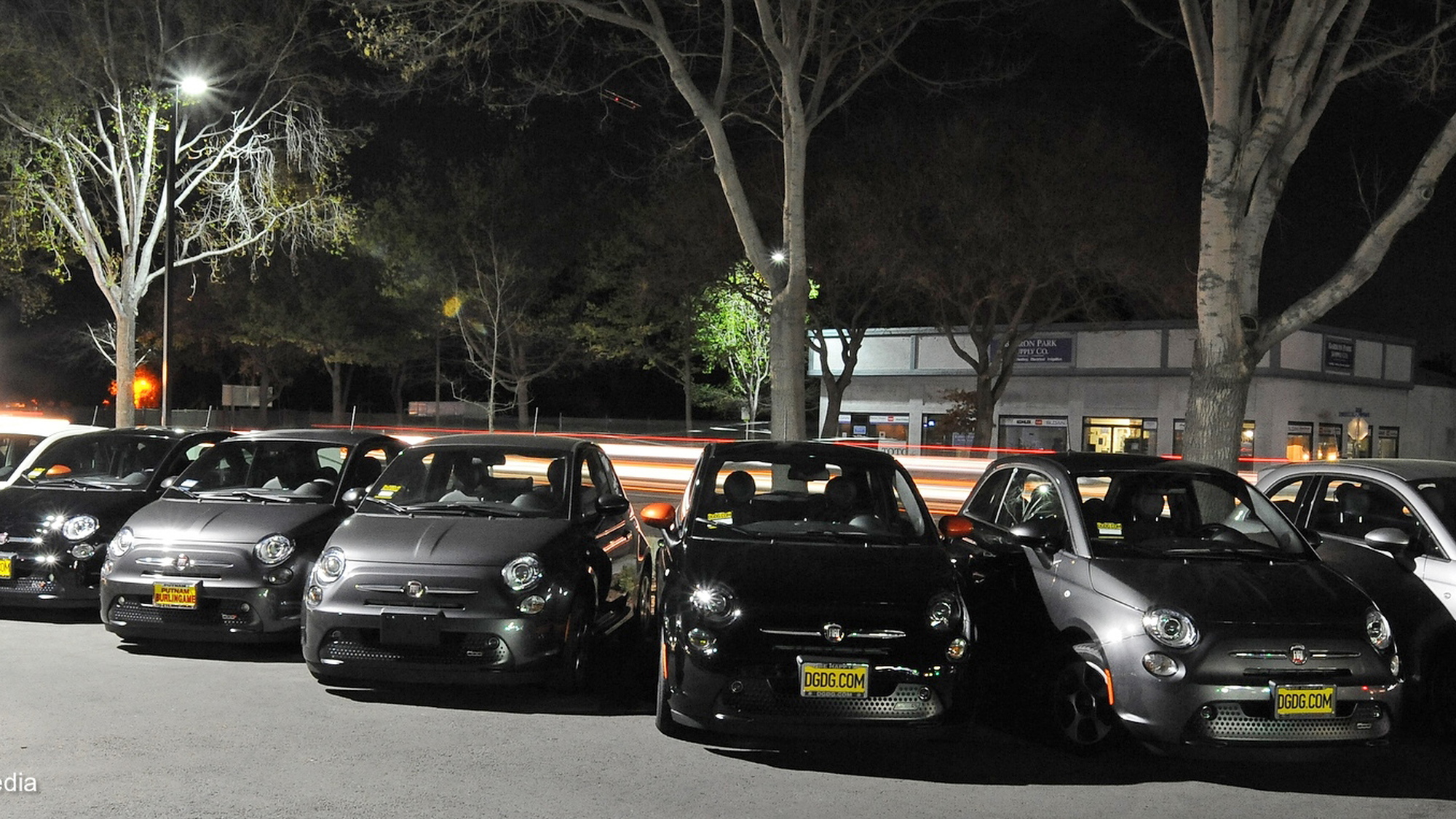 If you’re accustomed to the speed, handling, and the thrill of the chase you get with a good car on track, you might not figure an electrified econobox is a good pick for your daily driver. But 80 racers in the San Francisco Bay area would disagree with you. Strongly.

The Fiat 500e isn’t exactly the most enticing of electric cars; it’s certainly no Tesla Model S P85D. Rated at 111 horsepower and packing about 80 miles of range, the 500e is really just a metallic commuter bubble with a car pool lane pass. But that’s why it’s so perfect for racers.

“If you see a 500e flash by you in the carpool lane, it’s very likely that it’s a racing instructor who’s used to much higher closing speeds,” said Joe Nuxoll, a sometimes-contributor and photographer for High Gear Media, a race instructor, and a new Fiat 500e owner. The 500e is the “perfect commuter car,” says Nuxoll. “I still have my 2013 Jeep Grand Cherokee which I use as my tow vehicle…but I’ve been driving [the 500e] since last Thursday, and I love the thing.”

Nuxoll is also a three-time winner of the reFUEL electric vehicle races, and will be defending his title again this year. He’s just one of 80 (plus), however. How did that happen? How did so many racers decide to buy what most would think of as a pretty bland car?

Kit Wetzler was the driving force. “I was helping a friend (Mac Choudry) negotiate a lease at Capitol Fiat in San Jose, and Fiat raised the residual and lowered the money factor for March,” Wetzler told Motor Authority. “The dealers here were sitting on a large amount of inventory and I (using the calculator Leasematic - an iOS app) realized that the payment was really low.  Another friend (Albert Li) who'd just bought one introduced me to a guy at Fremont Fiat, and we worked out a killer deal between them.”

“This literally came together in an afternoon. At 2 pm, I was playing with numbers and by 4 pm, I had talked to the dealers and had an appointment. I realized that the gas I would save would easily pay for an $83 lease payment, and was signing for the car by 8pm," said Wetzler.

After that it was easy, according to Wetzler. “I asked the Sales Manager, ‘How many more do you want?’ And he said, ‘Bring it on!’ So we brought it.”

Wetzler took the deal to another club, PDC Racing, and quickly got overwhelming support. There was a run on the area dealers. Some panic ensued. Eventually everything was squared away. When the dust first cleared, there were a little over 80 new Fiat 500e owners, and several dealers with increased allotments of the punchy EVs. In fact, interest is still ticking along, and the whole thing—which started last Thursday—has seen more than 100 of the EVs leased.

So what, besides commuting, will these racers, instructors, and track-heads be doing with their 500e electrics? Nuxoll jokes that it’d make pure sense to run a no-contact race series with so many hot shoes in so many fun-but-slow cars.

Mountain runs, group meets, and Cars & Coffee raids are more likely. “For sure, that is happening,” says Nuxoll. And there may yet be some track time—even if there’s no race series. Nuxoll said he’s looking forward to setting a hot lap at Laguna Seca in his new 500e.

How does Wetzler feel about his 500e, given his own racing pastime? He says the 500e “is very torquey, and from 0-30 spoils you with instant throttle response and a good belt of acceleration. The regen braking to actual braking transition is very smooth and natural feeling, something many lower priced EVs can't claim. It cruises nicely on the freeway, and is decently fun to drive.”

But how is it compared to a more interesting car? “I have a long history of sports cars, and own an Audi R8 and a 2015 M3, which are both a lot faster and better handling,” says Wetzler, “but I can drive the Fiat and not hate life, which is certainly saying something.  I like the car and love the frugality... When my wife isn't taking it!