Just over a week ago, we brought you the first image of the 2016 Audi R8. Now, we bring you the second—and this time, it’s official.

The image teases the laser / LED headlight combo the 2016 Audi R8 will offer: LEDs for standard daytime running lights and headlights, with an optional laser high-beam module. The laser headlight system made its debut on the R8 LMX last summer, and a similar solution is used on Audi’s R18 e-tron quattro Le Mans endurance race cars.

Of course, more than just the headlight is revealed in the photo. The shape of the headlight surround, the corner of the front bumper, an air inlet, and a portion of the front spoiler are revealed in the photo. Under the sheet, it’s also possible to make out the contours of the side of the car, including the character line that appears to show an absence of the first-generation R8’s characteristic side-blade. 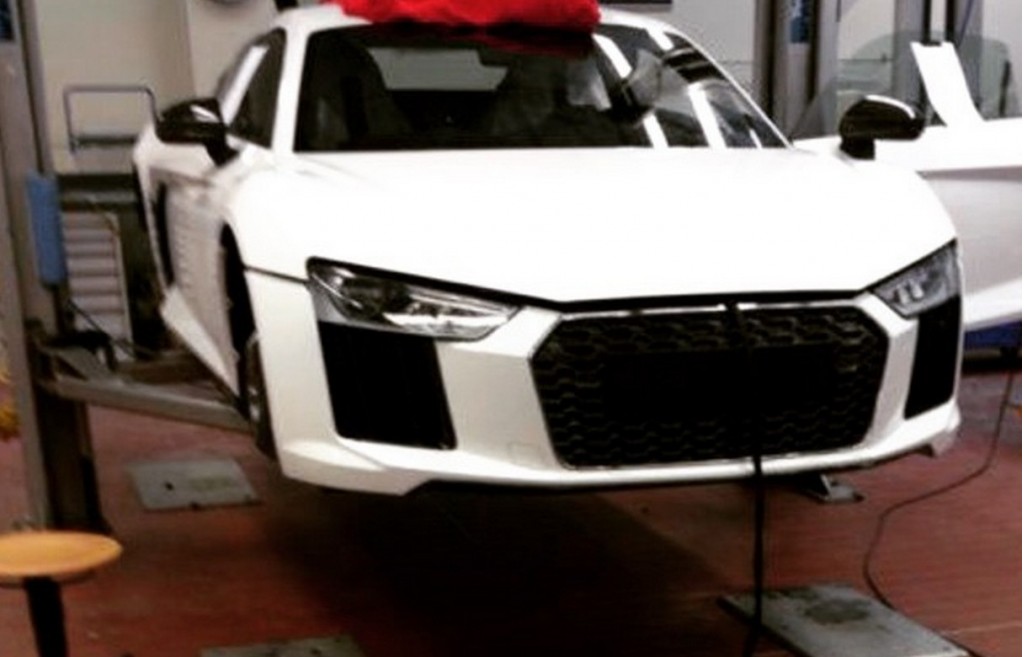 These details all align exactly with the image we brought you earlier this month. For yet more details, as well as best guesses of what to expect of the 2016 Audi R8’s power, performance, and features, be sure to visit our spy shots and spy video.