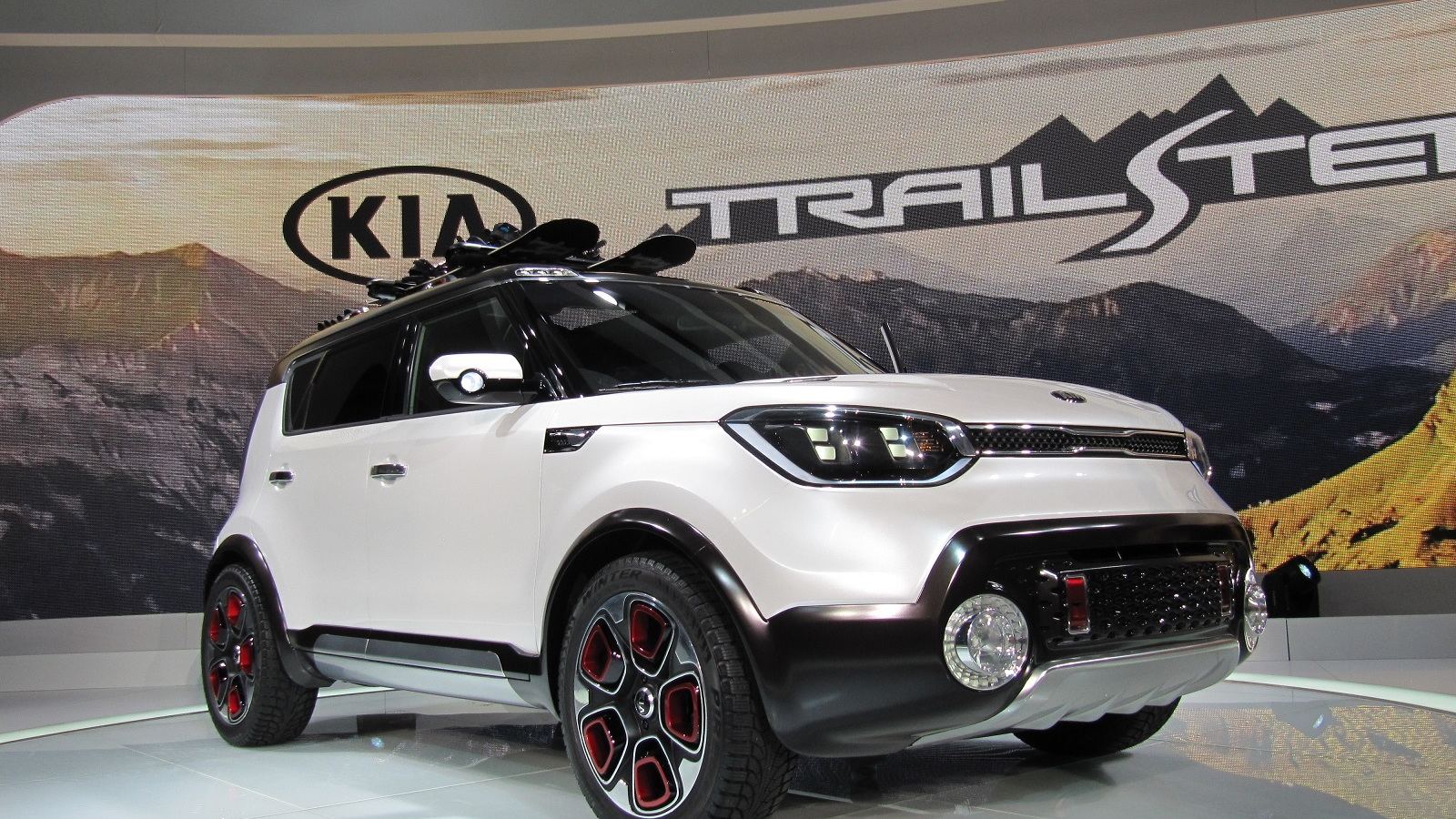 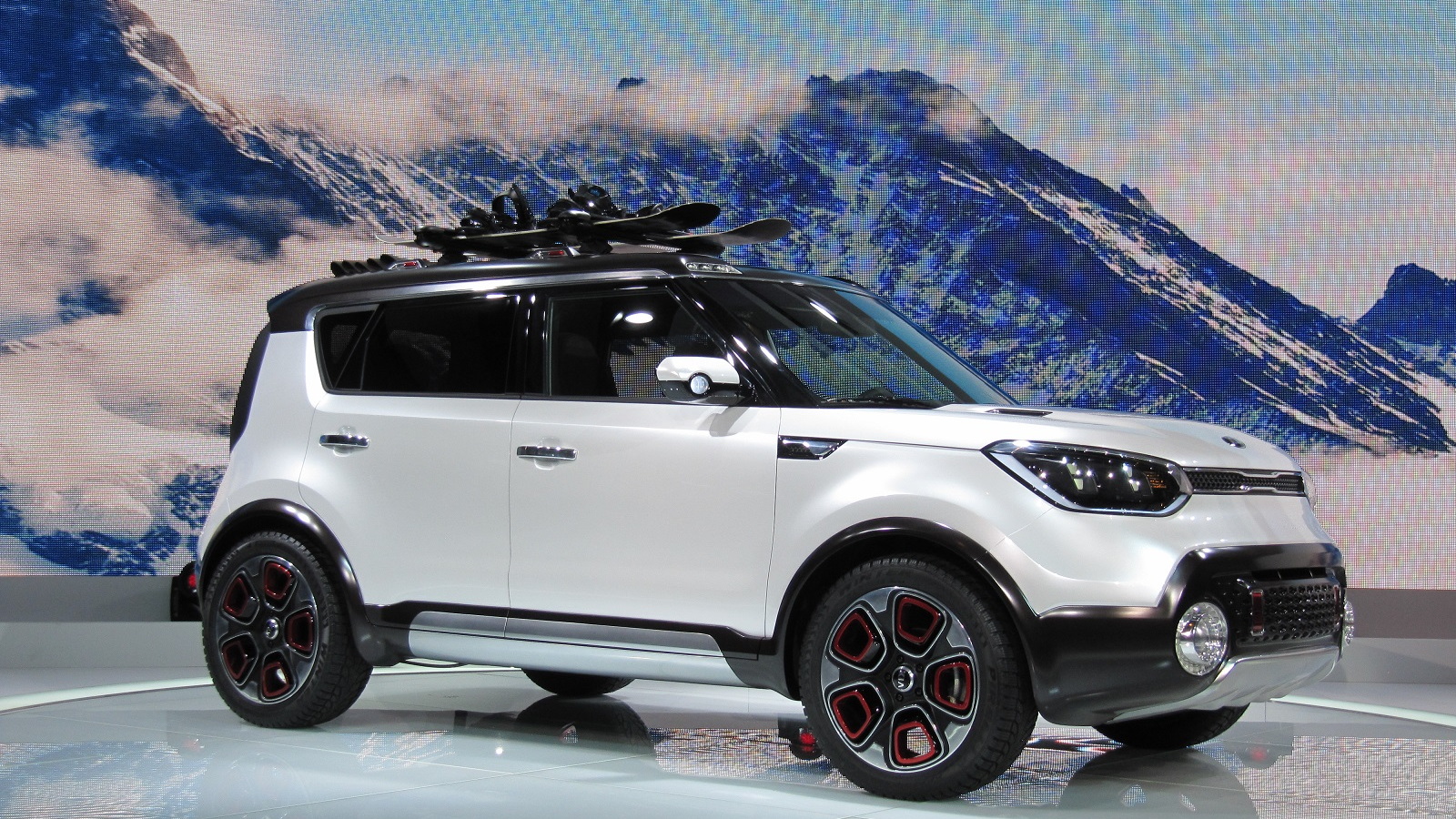 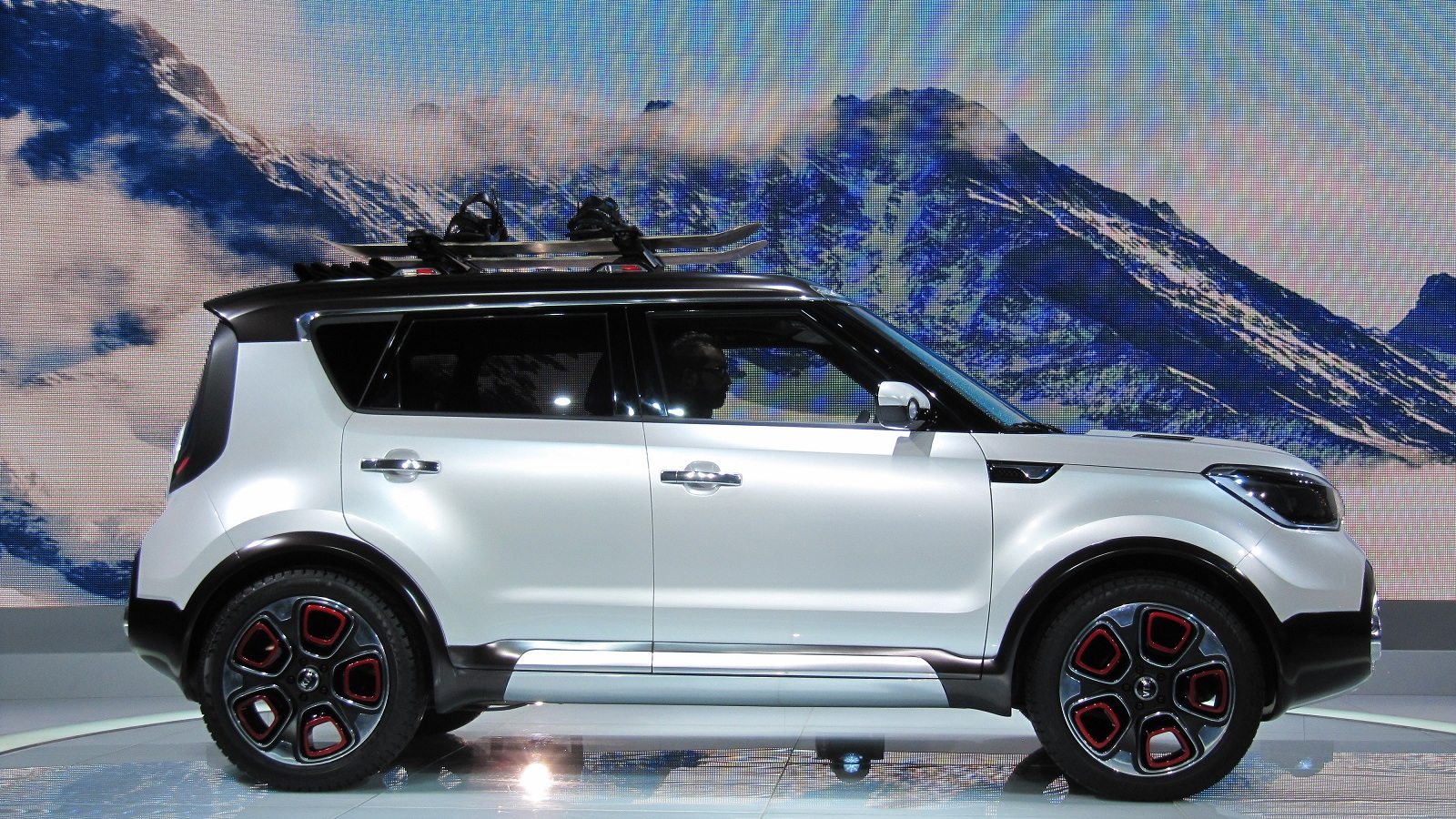 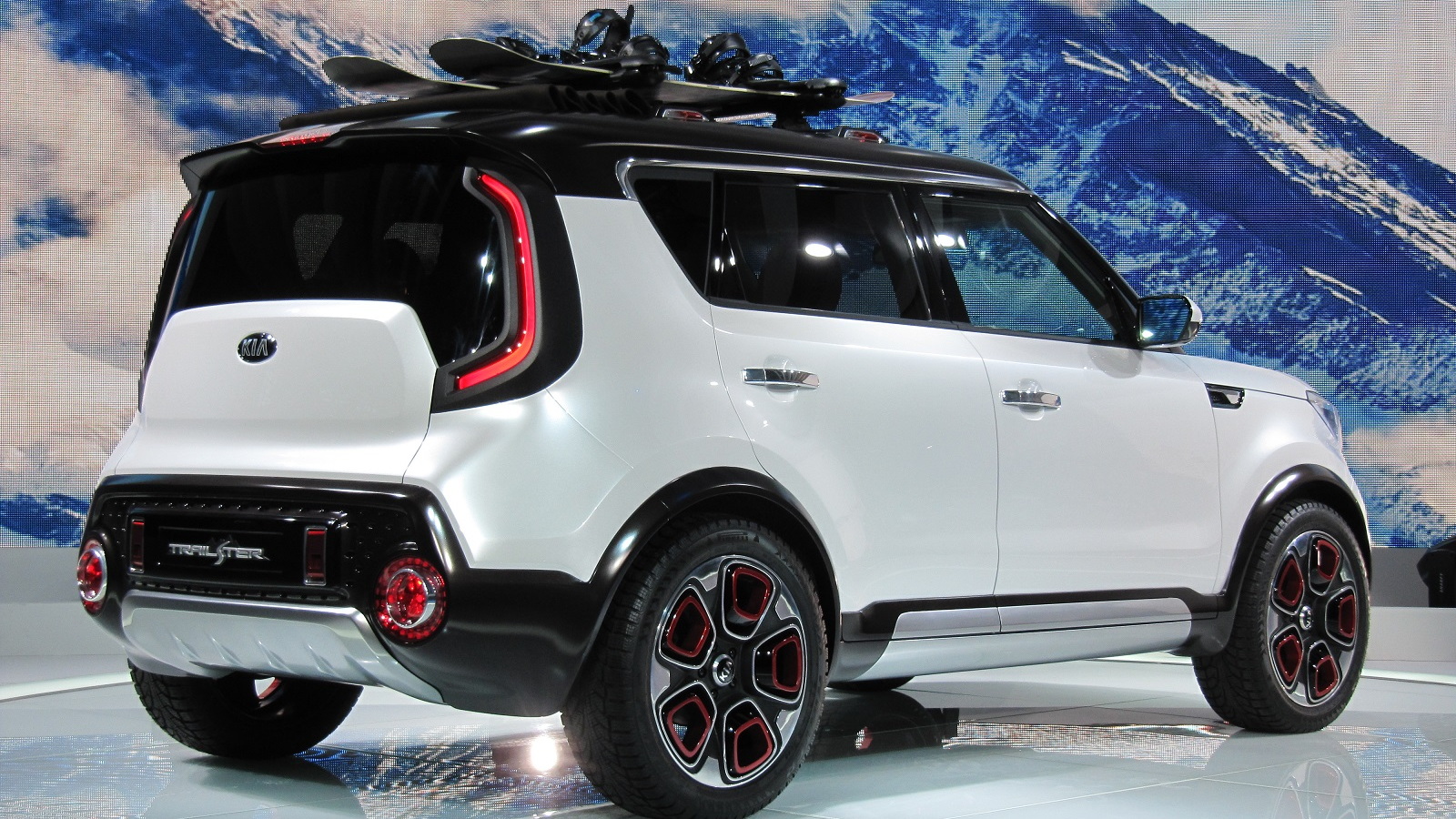 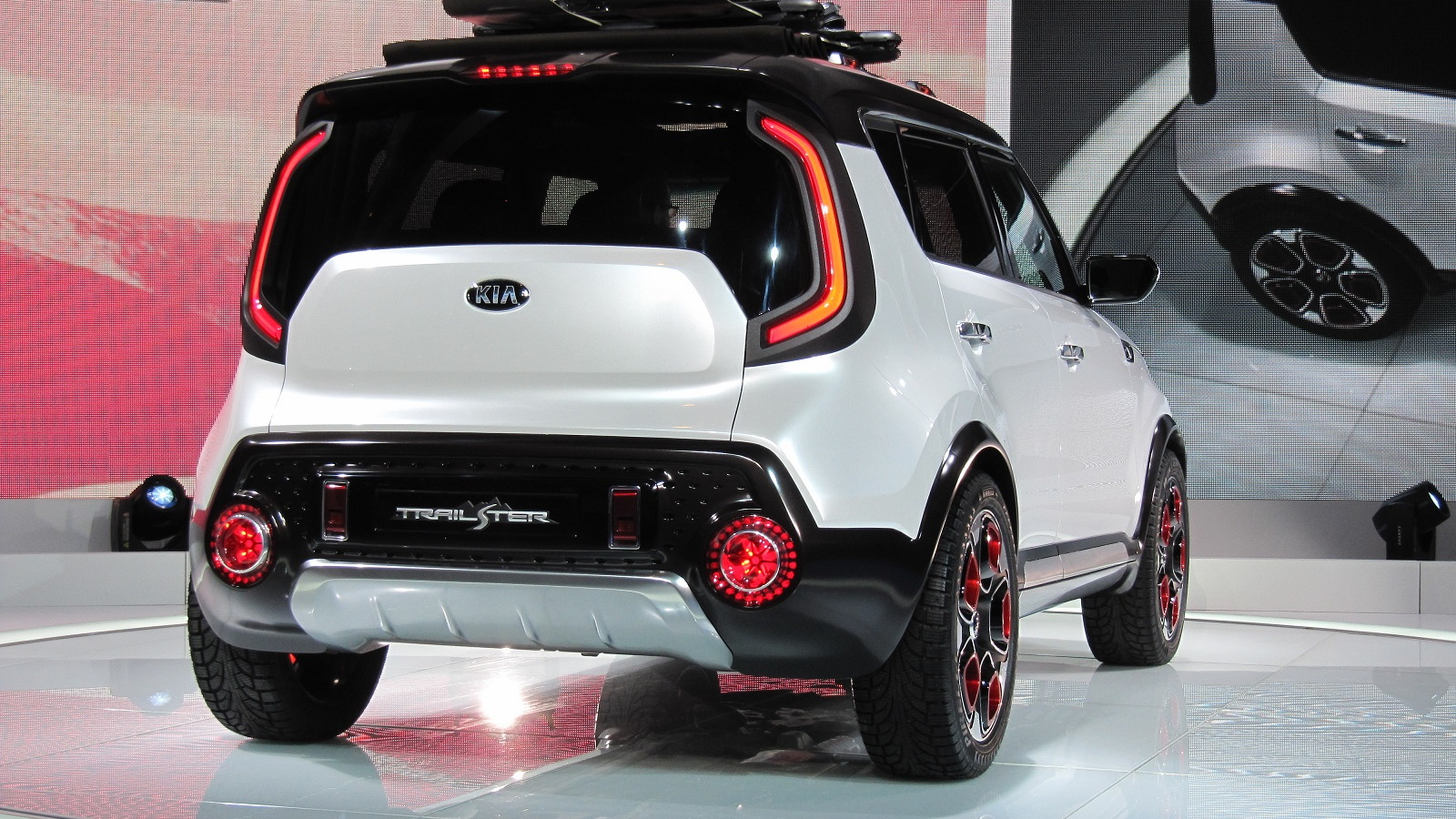 Tom Kearns, who's the chief designer at Kia's Design Center of America in Irvine, California, said, “The Trail’ster concept is a near-future look at how the production Kia Soul would logically evolve into an AWD-capable version."

In other words: We're seriously thinking about building this car.

The all-wheel-drive Soul concept uses a 185-horsepower turbocharged 1.6-liter four putting out 185 lb-ft of torque, paired with a six-speed automatic transmission, to drive the front wheels. But the rear axle is driven by a 27-kilowatt (35-hp) electric motor putting out 100 lb-ft of torque, getting its power from a 1.2-kilowatt-hour lithium-ion battery pack under the rear load bay.

That makes the Trail'ster a "through-the-road hybrid" with two separate powertrains linked only through the car's control software, which optimizes for efficiency between the two axles based on what power is required to meet driver demands and the traction available at any given moment.

The "rugged runabout" concept is intended for "city-dweller-turned-outdoor-adventurer[s]" who enjoy "mountain activities, from skiing and snowboarding to camping, hiking and mountain biking."

In other words: It's a light-duty AWD off-road vehicle, but don't expect it to offer the rock-climbing capabilities of, say, a Jeep Wrangler.