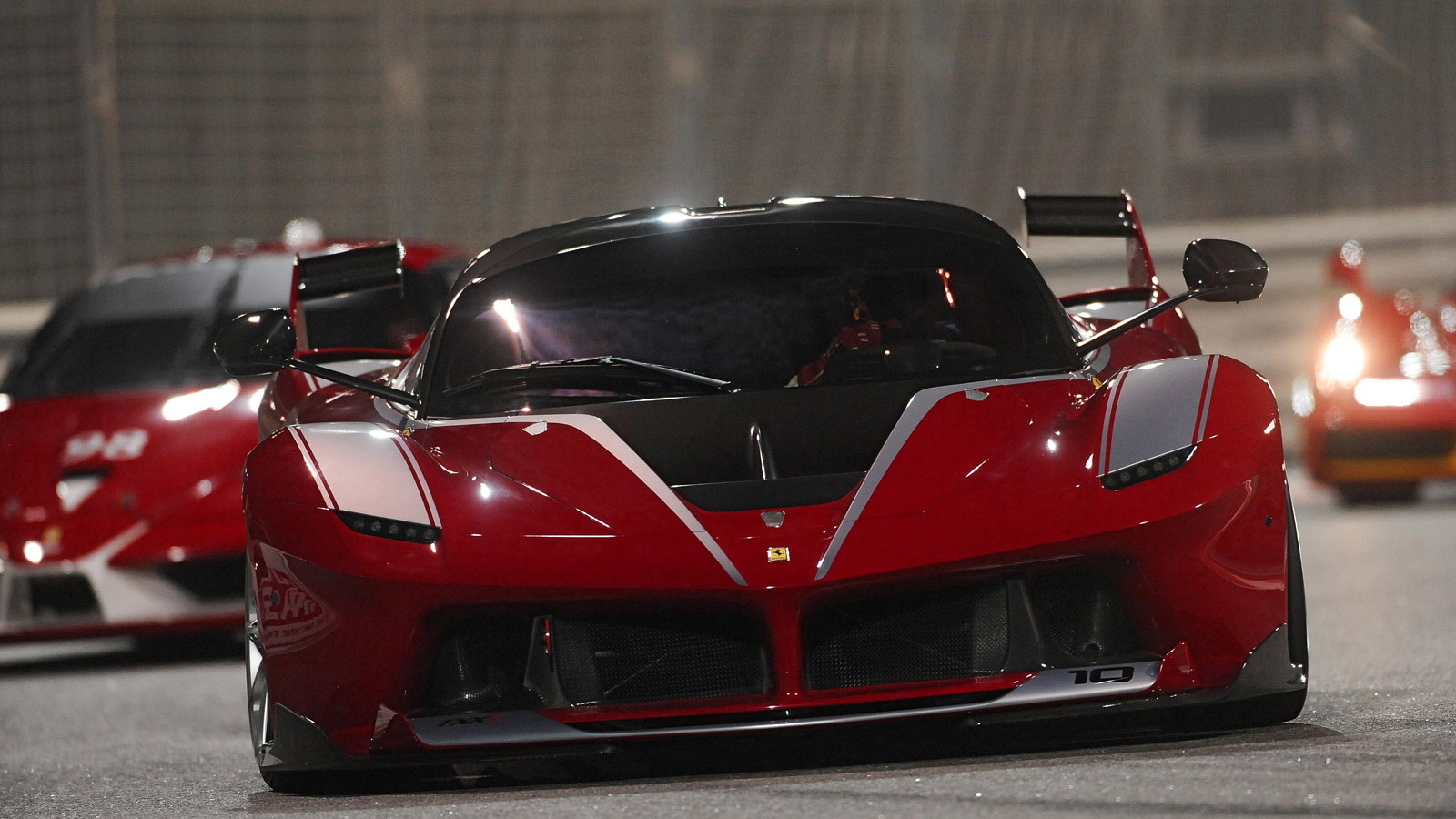 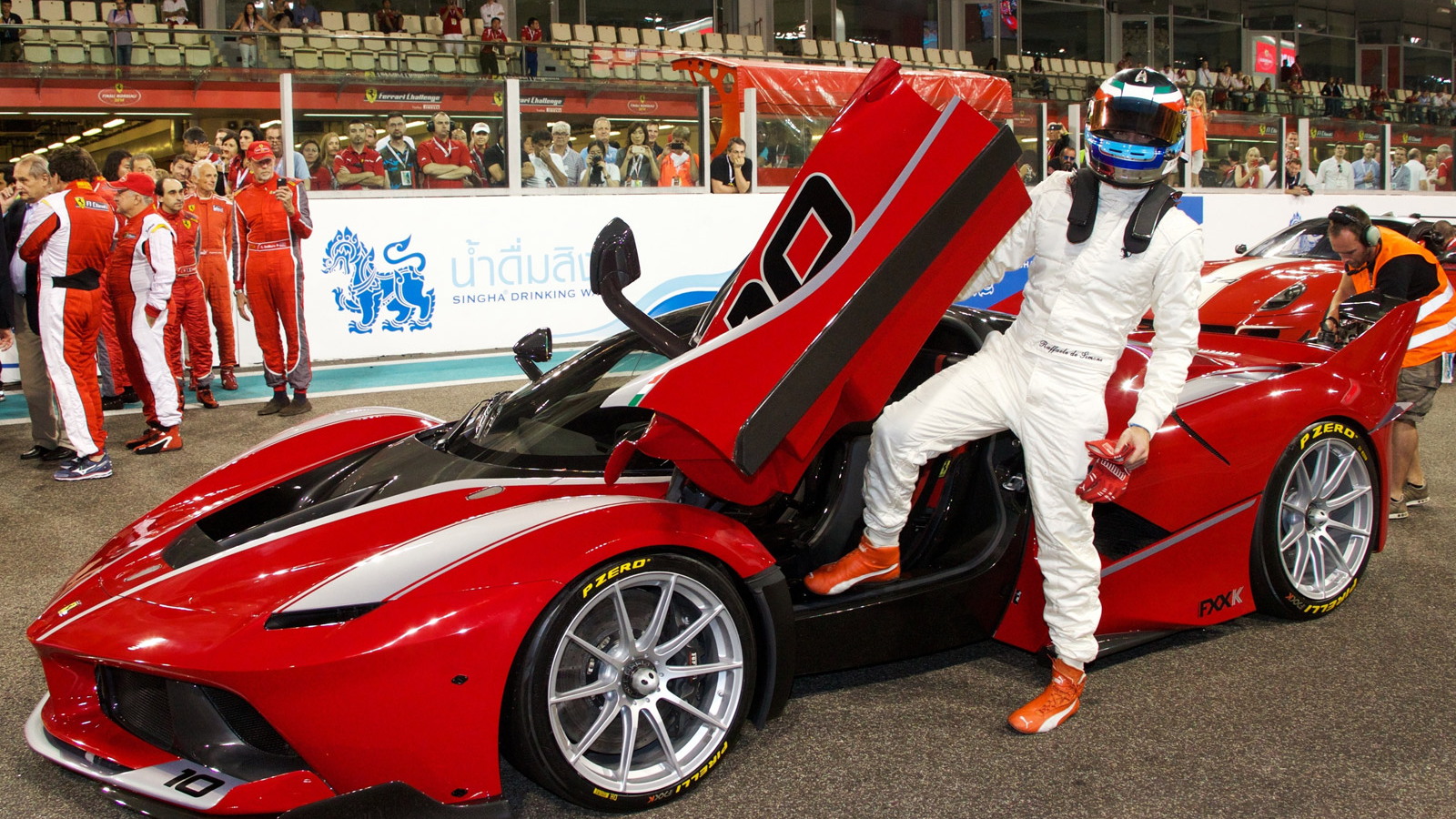 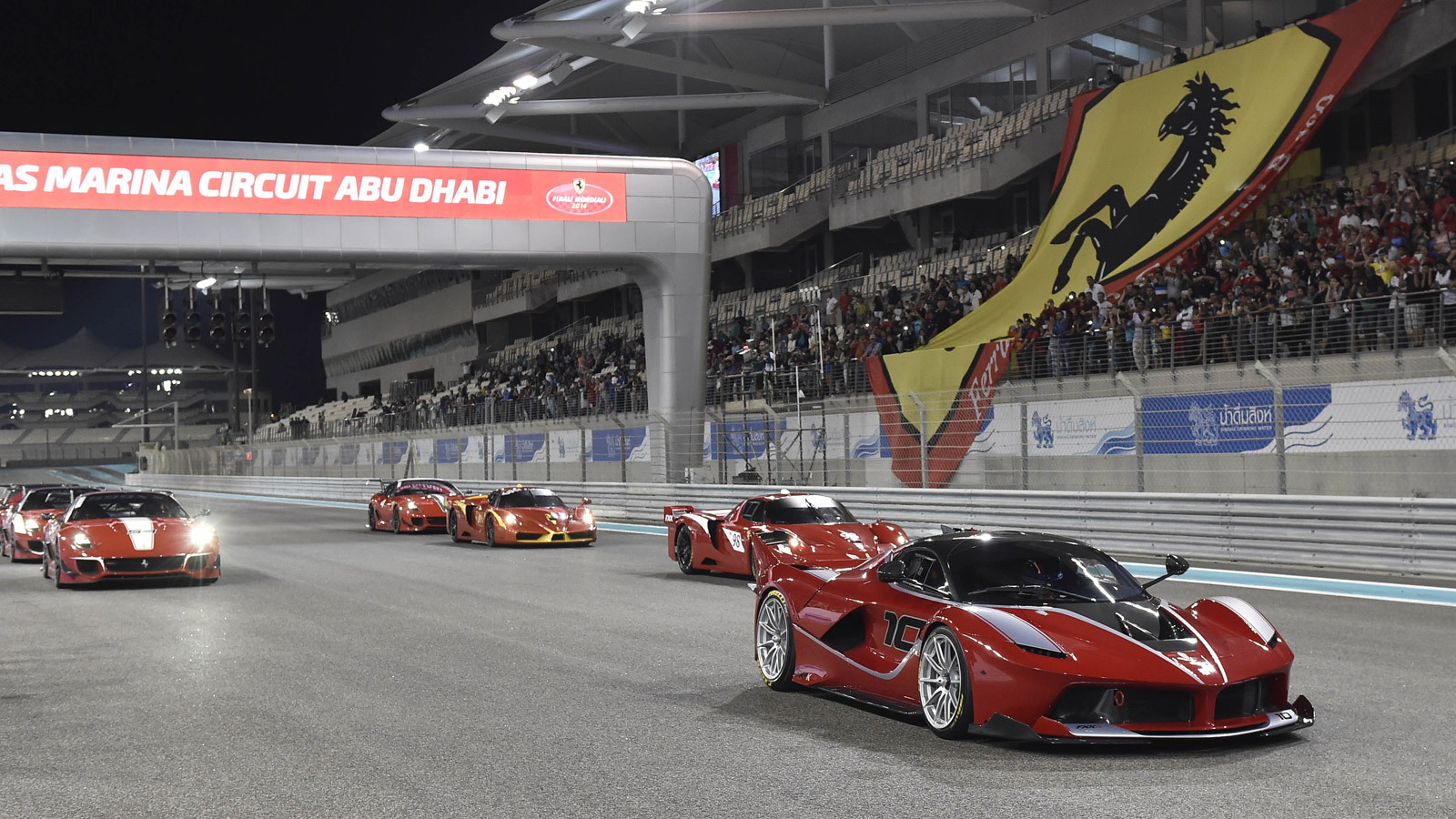 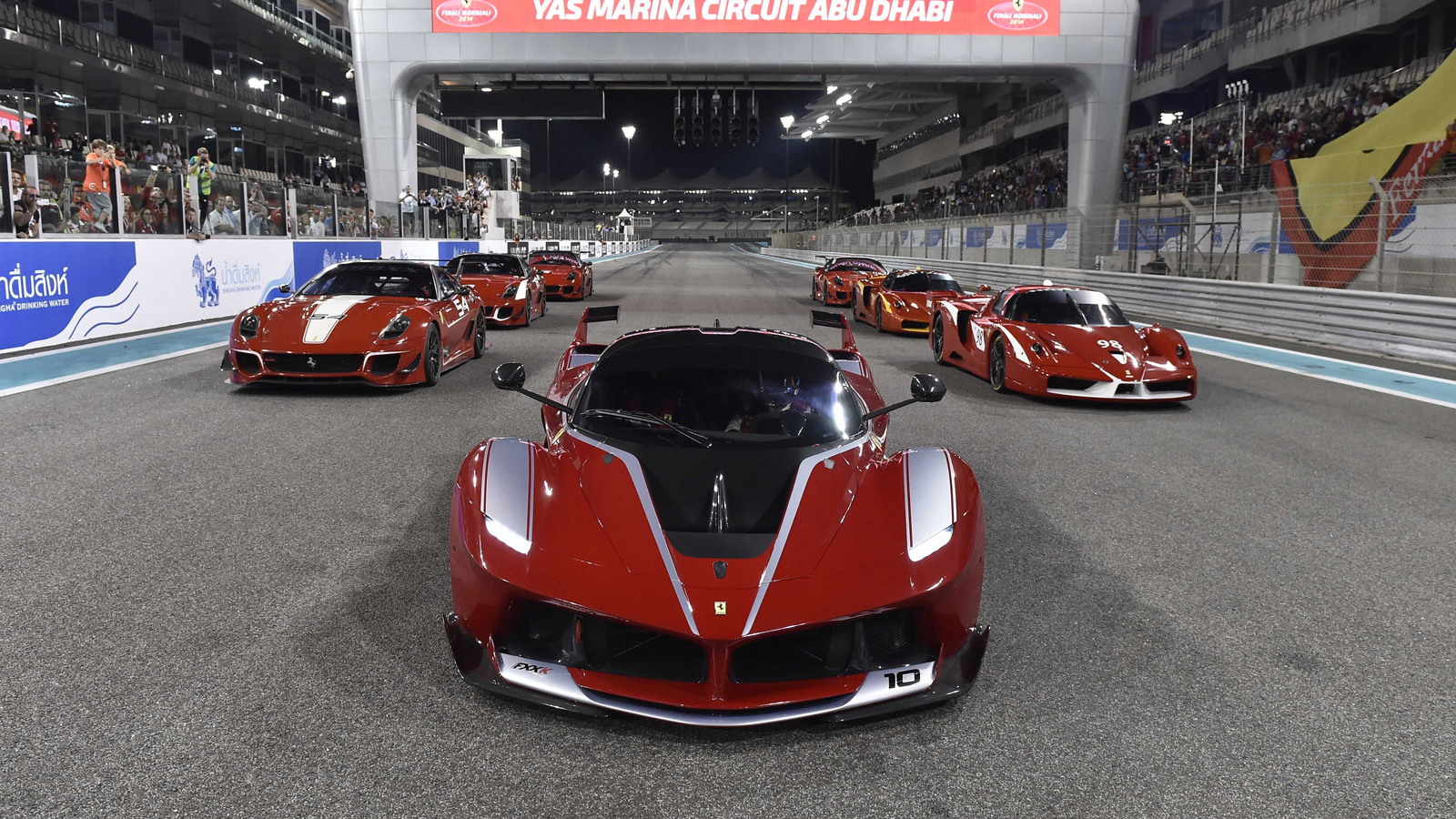 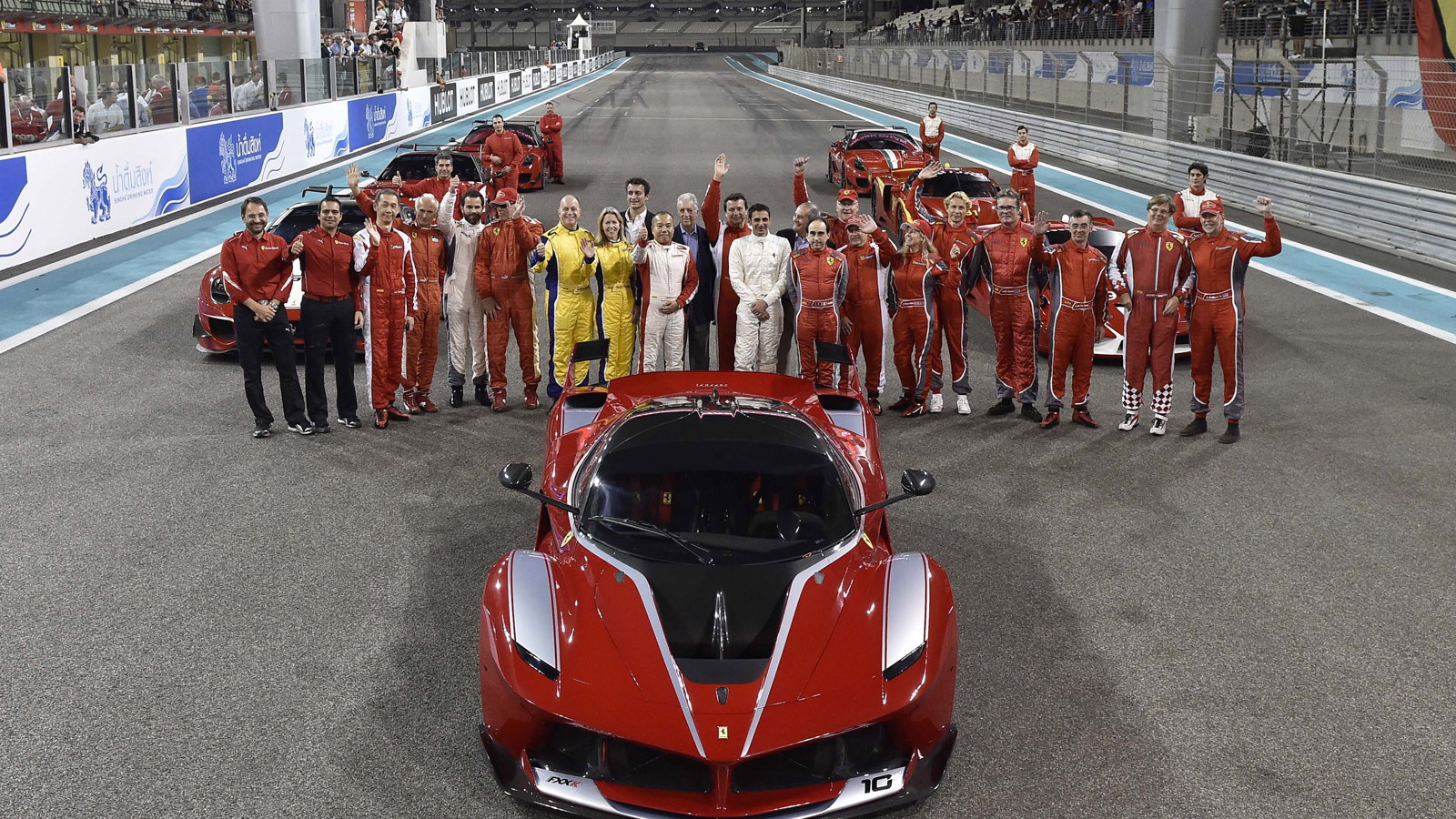 Ferrari’s track-only version of its LaFerrari flagship, the FXX K, was revealed during the past week at the Finali Mondiali event held at Abu Dhabi’s Yas Marina circuit. The event is Ferrari’s annual celebration of the end of the motorsport season and brings together all of its separate sporting divisions, including the XX program. Now we have new photos from the reveal and the first video of the FXX K on the move, courtesy of YouTube user Raiden David, and yes we get to hear the car’s V-12 engine scream.

As previously reported, the XX portion of the name confirms the model as the latest ‘experimental’ Ferrari, and the K refers to its special kinetic energy recovery system (KERS). The drivetrain is an uprated version of the hybrid setup found in the LaFerrari, but this time the V-12 has been tuned to deliver as much as 838 horsepower and 553 pound-feet of torque, with that peak coming online at an incredible 9,200 rpm. That’s just shy of the car’s 9,250-rpm limit. The electric drivetrain adds an extra 140 kilowatts (187 hp), bringing the FXX K’s total output to 1,035 hp. Peak torque, meanwhile, is in excess of 663 pound-feet.

In addition to more power, the FXX K also benefits from improved aerodynamics, less weight and more grip than the LaFerrari on which it’s based. Unlike the LaFerrari, the FXX K can’t be registered for road use, and since it doesn’t meet any specific homologation rules it won’t be competing in any races either. Instead, it serves as an exclusive track toy for wealthy individuals, and as a rolling test bed for new technologies Ferrari will implement in its next generation of road and race cars.

Sadly, only 32 examples are expected to be built, each priced from $2.7 million. Oh, and they’re all sold out in case you were wondering. Like Ferrari’s previous XX cars, the FXX K was likely offered exclusively to the brand’s most loyal customers. The car forms part of Ferrari’s Corse Clienti customer racing program, which means it will be kept and maintained by Ferrari, with owners flying in to various race tracks around the world for drive events organized by the automaker’s Sporting Activities Department.