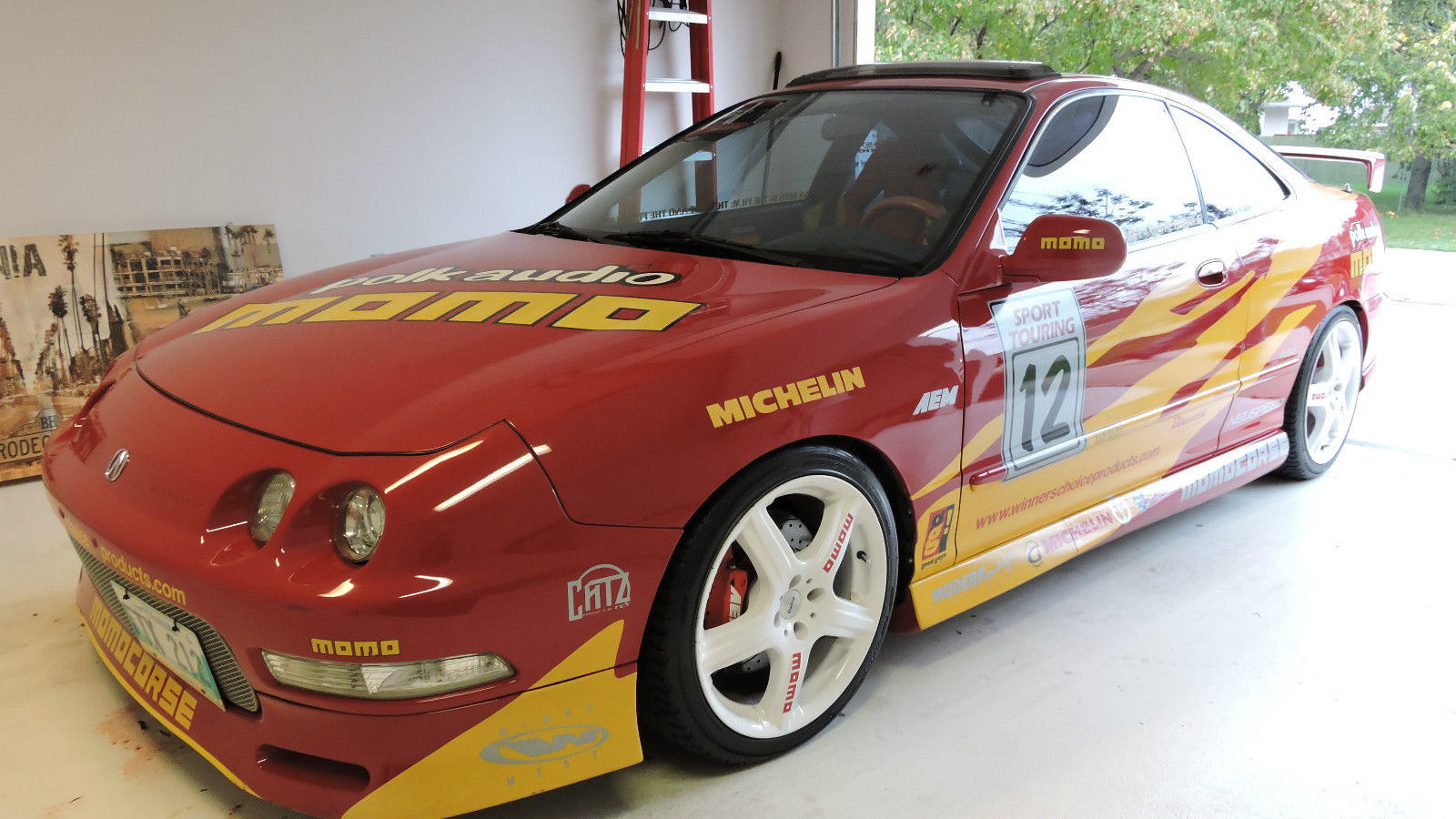 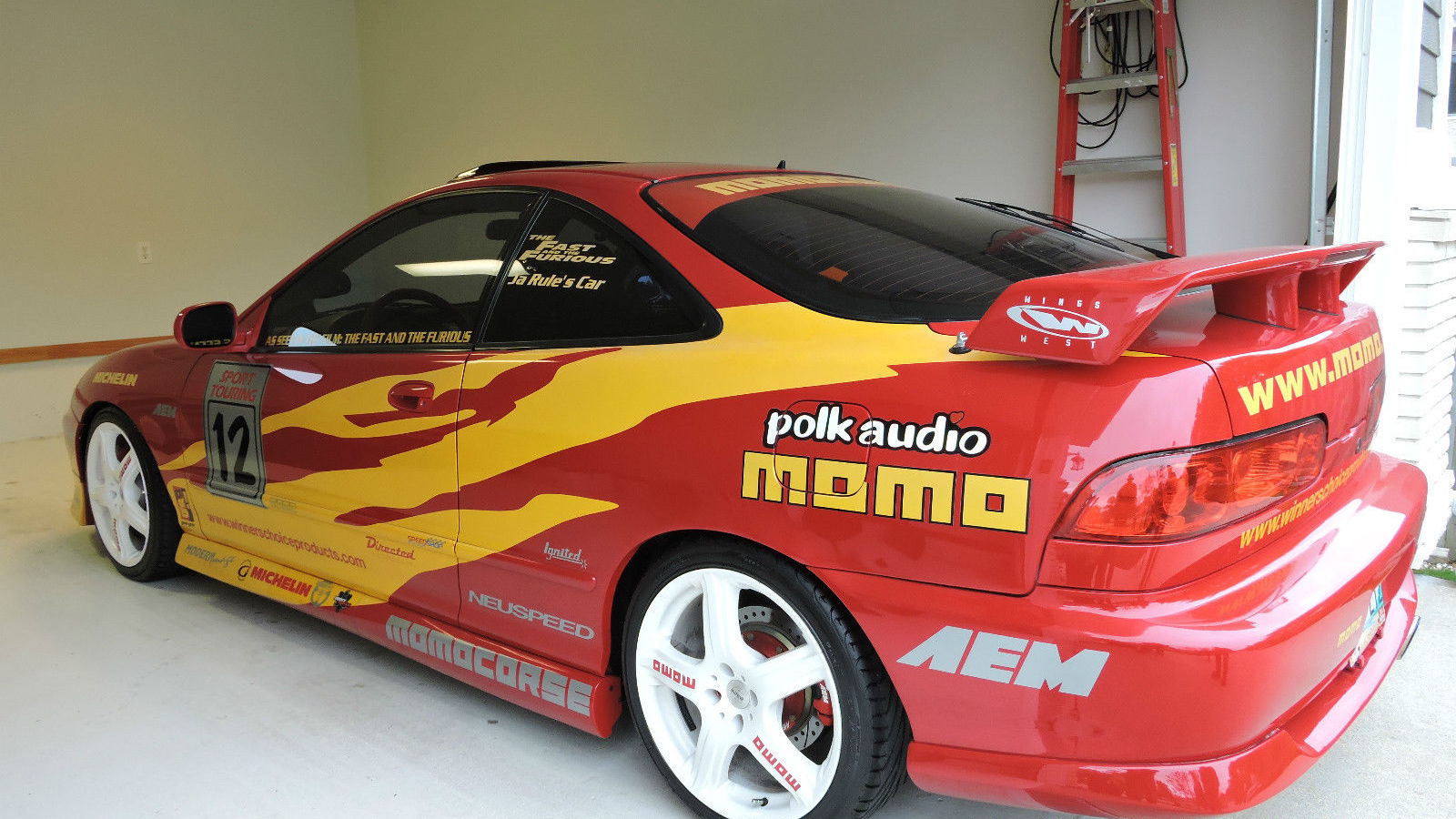 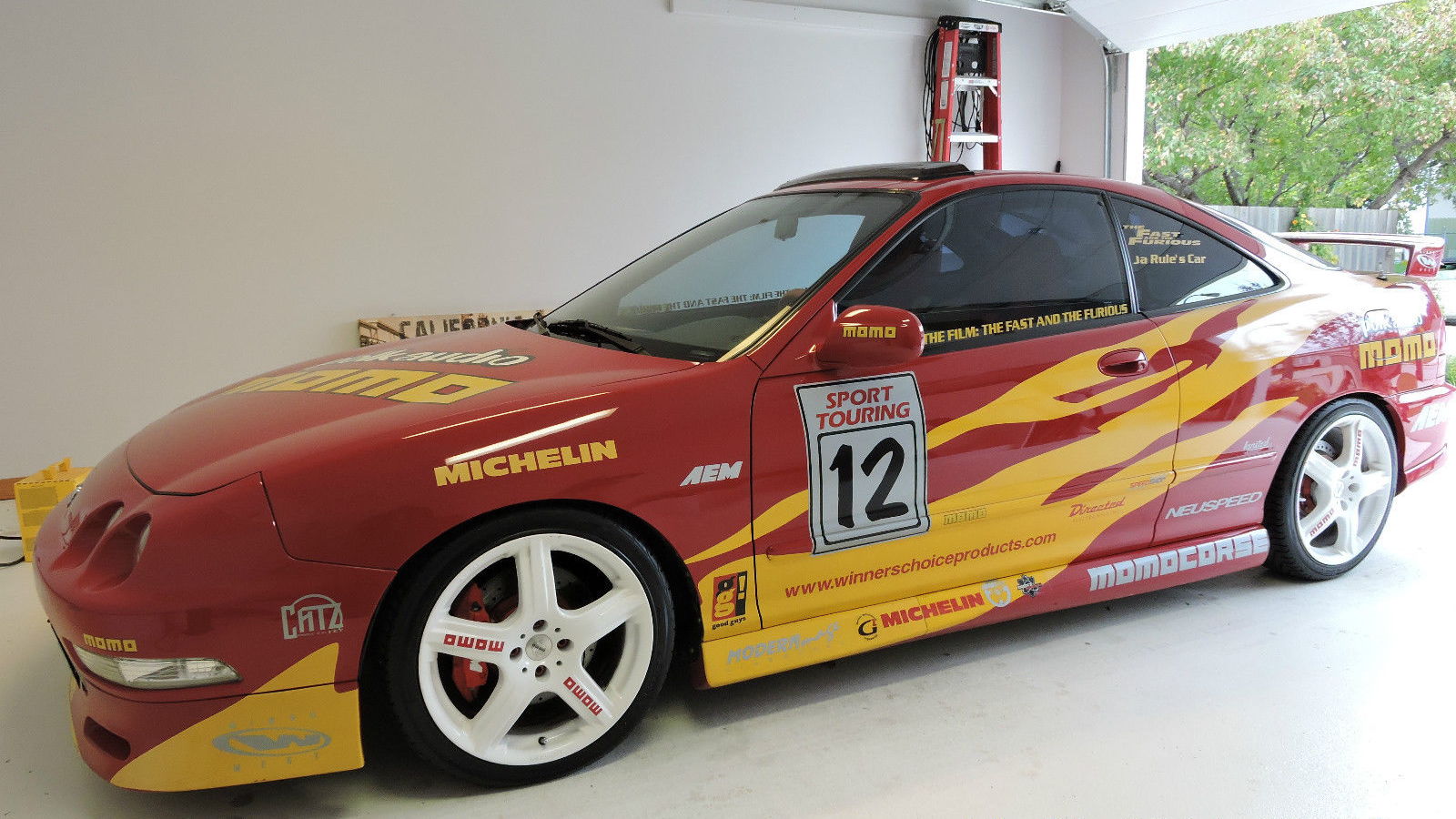 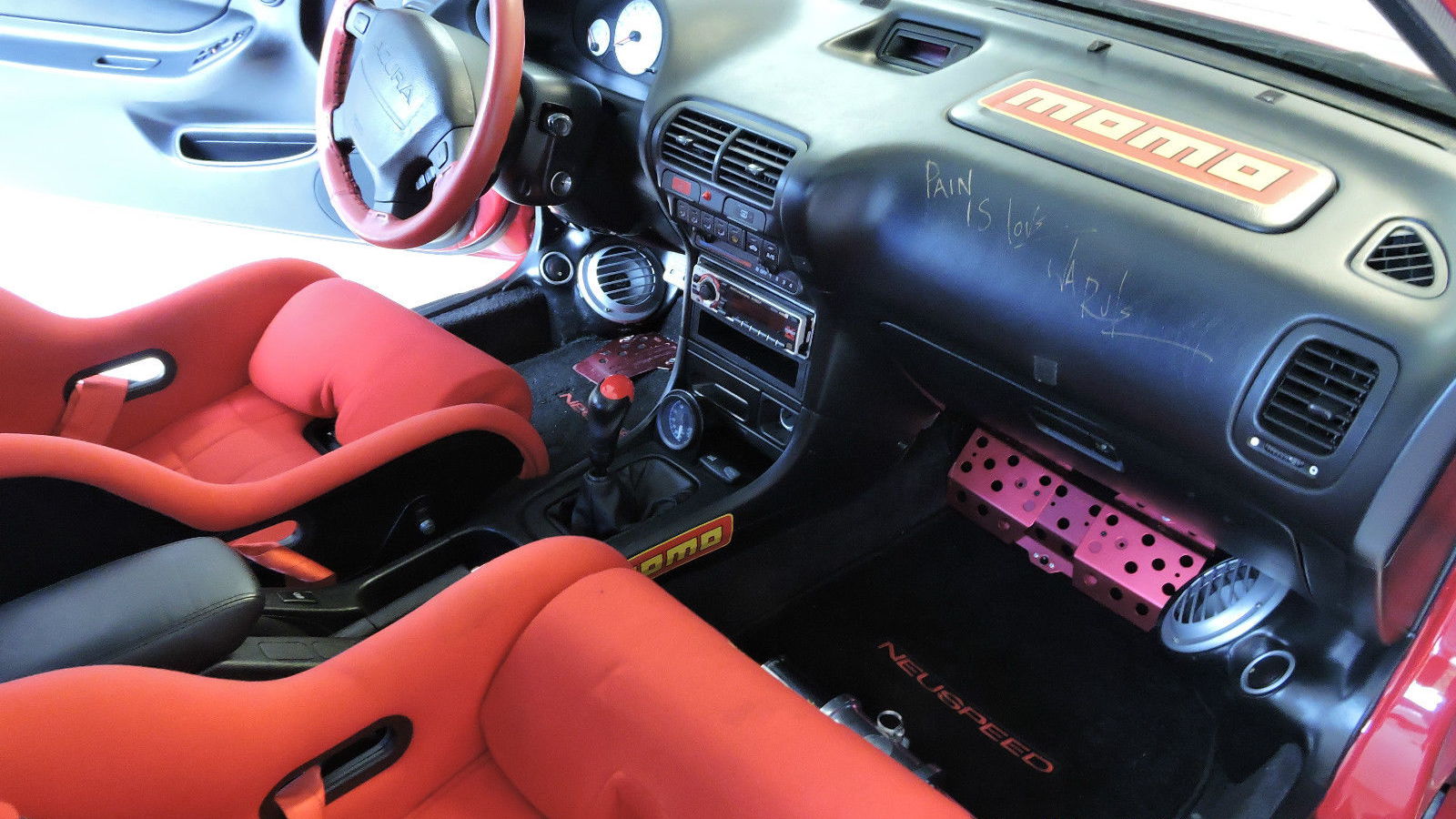 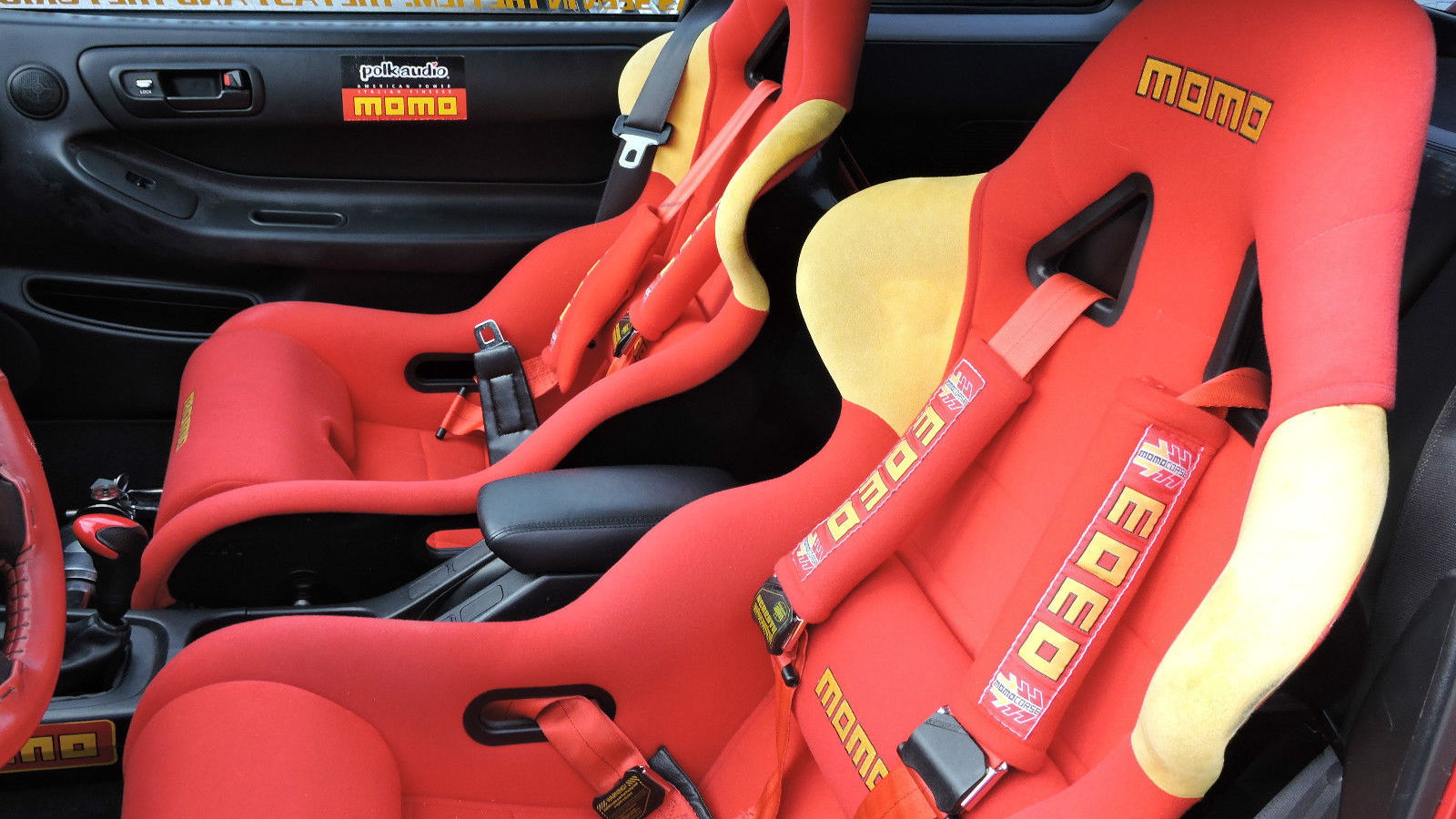 A 1996 Acura Integra GS-R used in 2001's The Fast and the Furious—the first film in the series—is for sale on eBay, with a current bid of $47,200. It was featured in the four-way street race that marked the first meeting of Vin Diesel's Dom Toretto and the late Paul Walker's Brian O'Conner.

In the movie, the car belongs to a character named Edwin, played by rapper Ja Rule. He famously screams, "noooo, Monicaaaaa" after losing the race... and the girl.

Built by Bill Kohl and Samko Racing Enterprises, it boasts a Wings West RS Racing body kit and some under-hood modifications. It probably won't throw flames out of its exhaust like it did on screen, but the Integra does come with a cold-air intake, sports exhaust system, a Type-R intake cam, and a few other go-fast parts. The seller claims the 1.8-liter four-cylinder engine makes more than the 170 horsepower of a stock Integra GS-R, but doesn't say how much.

There's also plenty of visual chest-puffing, including sponsor decals and racing numbers. You can't have a race car without racing numbers, right?

Although multiple copies of movie cars are typically built, the seller says this is the sole example remaining, and claims to have documentation to back that up. The car has just 32,000 original miles, and Ja Rule's signature on the dashboard.

With the seventh installment of the Fast and the Furious franchise on the horizon, it's clear these movies have cemented themselves in pop culture. While cars do turn up for sale from time to time, though, none have really achieved the cult status of Steve McQueen's Bullitt Mustang or the Smokey & The Bandit Trans Am.

Maybe it's the loud graphics, or maybe it just hasn't been long enough for people to become nostalgic for the sound of a wailing '90s VTEC four.